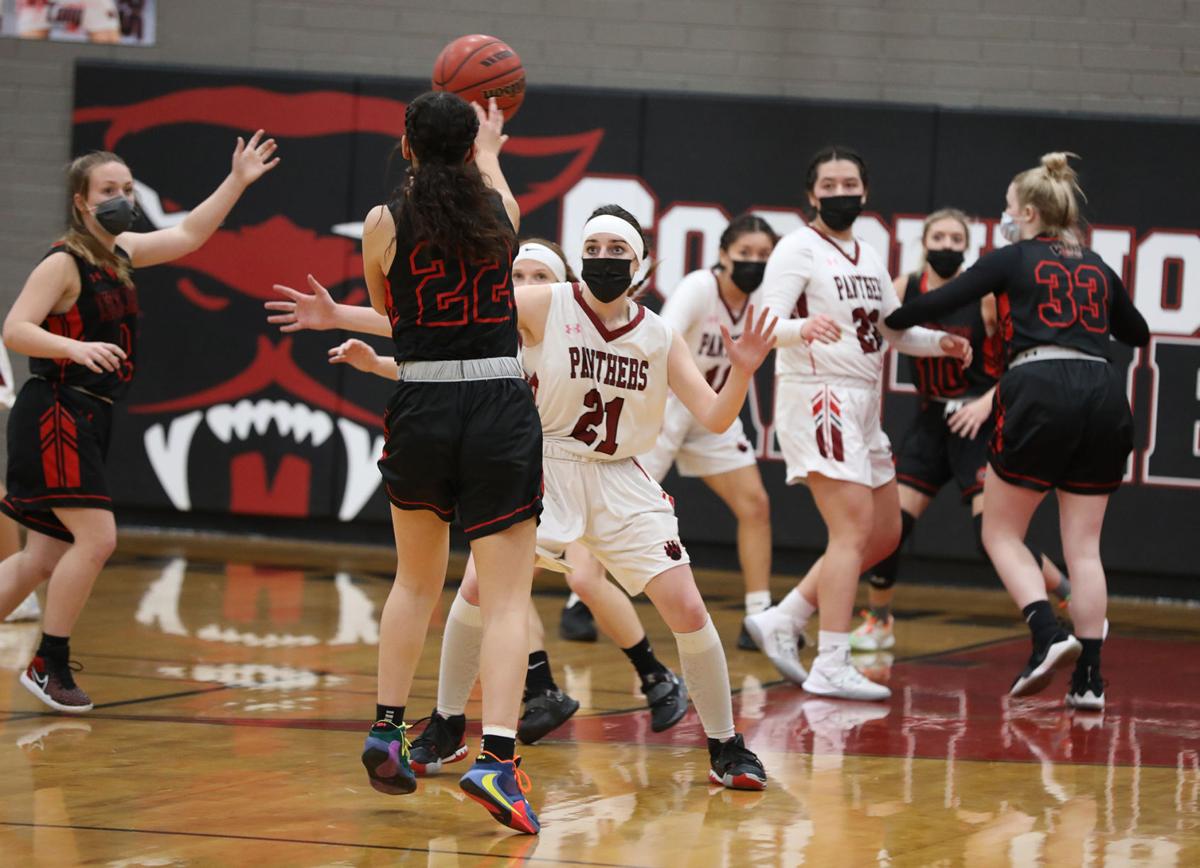 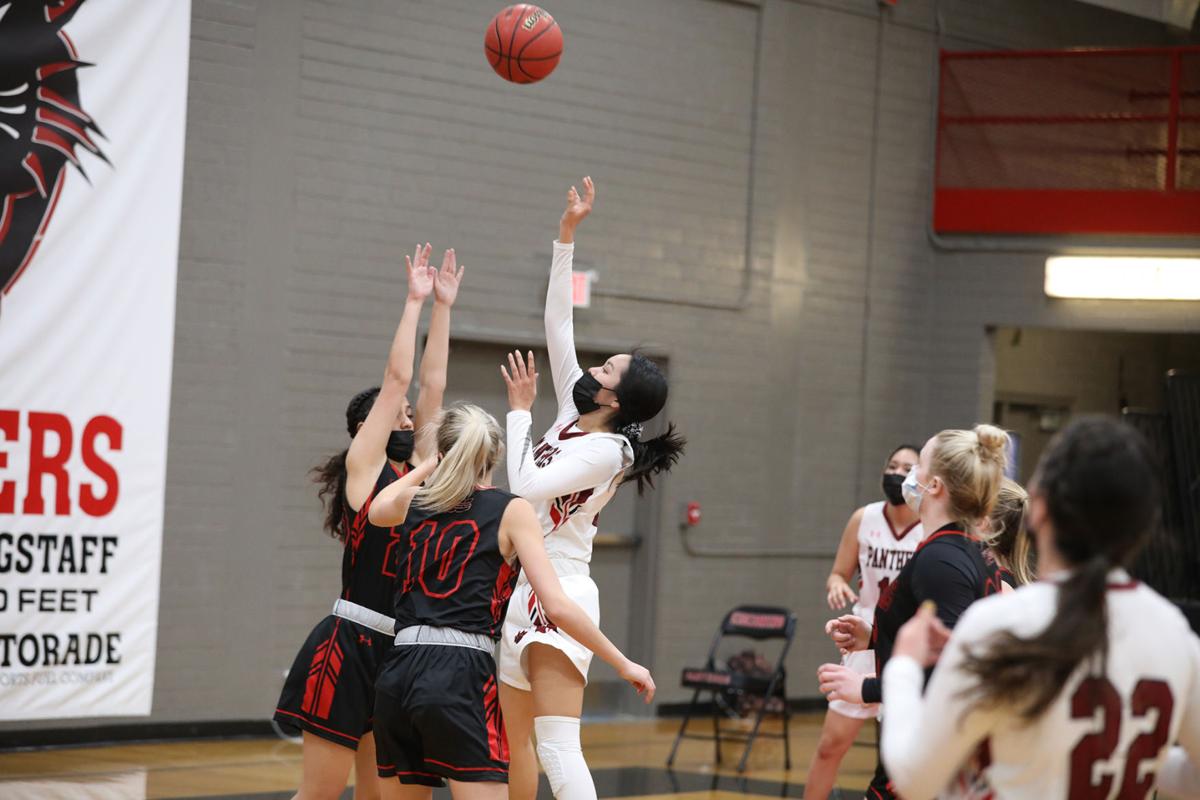 After being forced to shut down due to COVID-19 protocols, the 4A Conference No. 9 Coconino Panthers girls basketball team was cleared to hit the court Wednesday and didn't miss much of a beat.

Lee Williams was able to make things interesting in the second quarter after a strong opener, getting the lead down to single digits and keeping the Panthers on their toes. Despite the short-lived surge by Lee Williams, the Panthers were able to hold on and take the win, 47-37, at home.

The first half saw a cruising Panthers team pick up where they left off before the hiatus. They played their normal style of basketball, making the extra pass and capitalizing on the mistakes from the opposing defense.

Even though the momentum was on their side, the Panthers had to face some adversity early, as junior guard Wynter Huskie took a hard fall and missed the rest of the game.

“It was definitely a scary moment; she was going for a block and hit her head pretty hard,” Panthers head coach Cassie Schrader said. “It’s always tough when one of your prominent ball handlers goes down, but I just told the girls that we have to pick it up and play for her.”

Senior guard Kiana Manuelito was the saving grace for the team. She  finished the game with 18 points, six rebounds and two assists.

She also got it done on the defensive side, picking up a chase-down block that helped get the momentum back on the Panthers' side of the ball in the third quarter.

The game started to get away from the Panthers after the third quarter. With their lead down to 33-29 entering the fourth, Coconino was able to get back on track with the help of Soma Freeman off the bench. She scored all seven of her points in the final quarter, as well as getting crucial rebounds to help seal the game.

“I know the girls were super excited to finally be able to get back on the court,” Schrader said, talking about the one week hiatus. “It was unfortunate that we had to kind of completely stop everything, but I’m glad we were able to pull out the win.”

The win improved the team's overall record to 10-3 on the season.

Partly because of the halt in play and scheduling issues from earlier in the season, the Panthers will have to have a quick turnaround. They will play their next game Thursday against 4A Grand Canyon Region rival Bradshaw Mountain.

The Bradshaw Mountain game will be Coconino's final game before the 4A state tournament brackets are released Saturday morning. At nine as of Wednesday, the Panthers need to move up to just eight to host a first-round game.