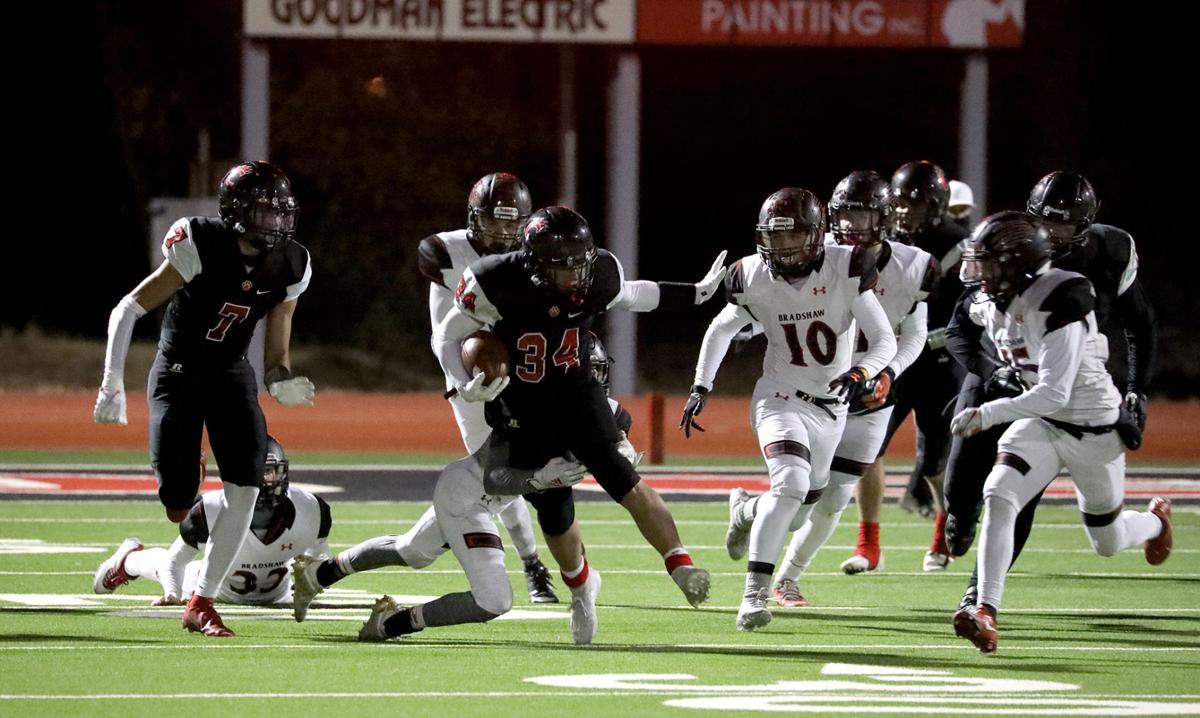 Coconino’s Zach Bennett (34) breaks a chain of Bradshaw Mountain tackles as he runs the ball Friday night during a game in Cromer Stadium at Coconino High School. 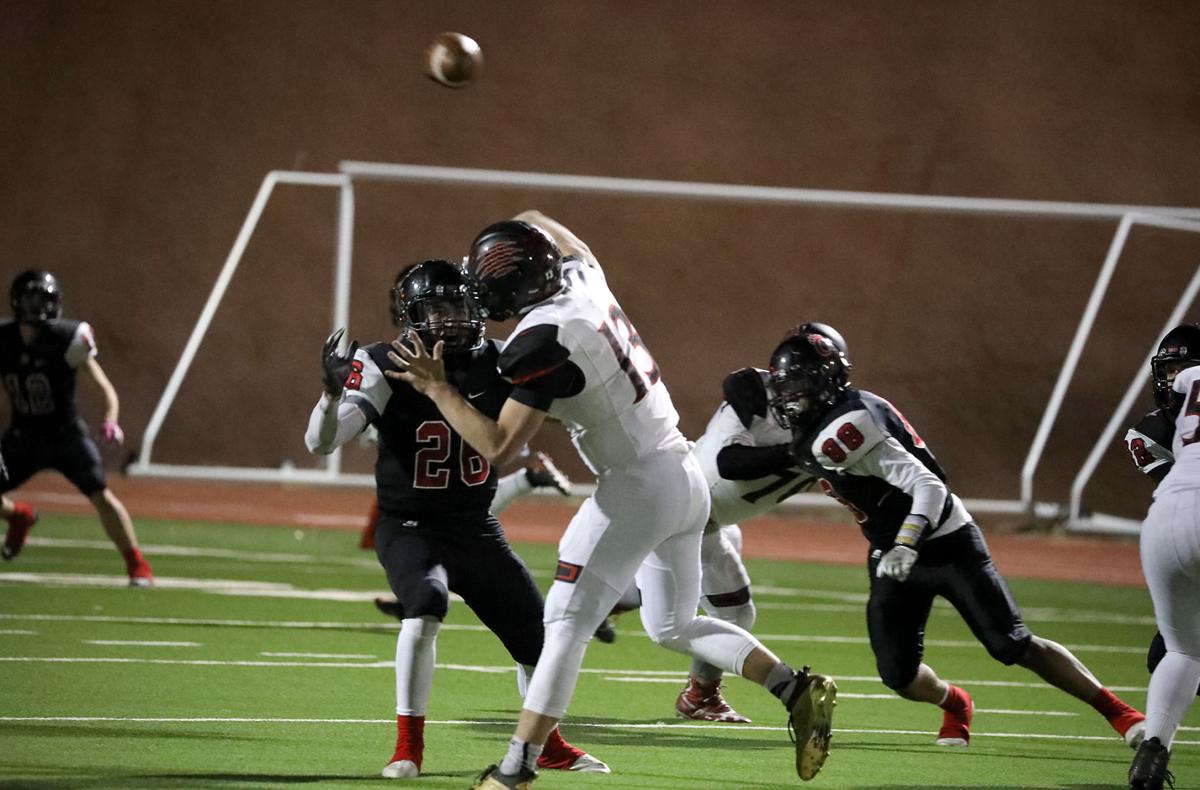 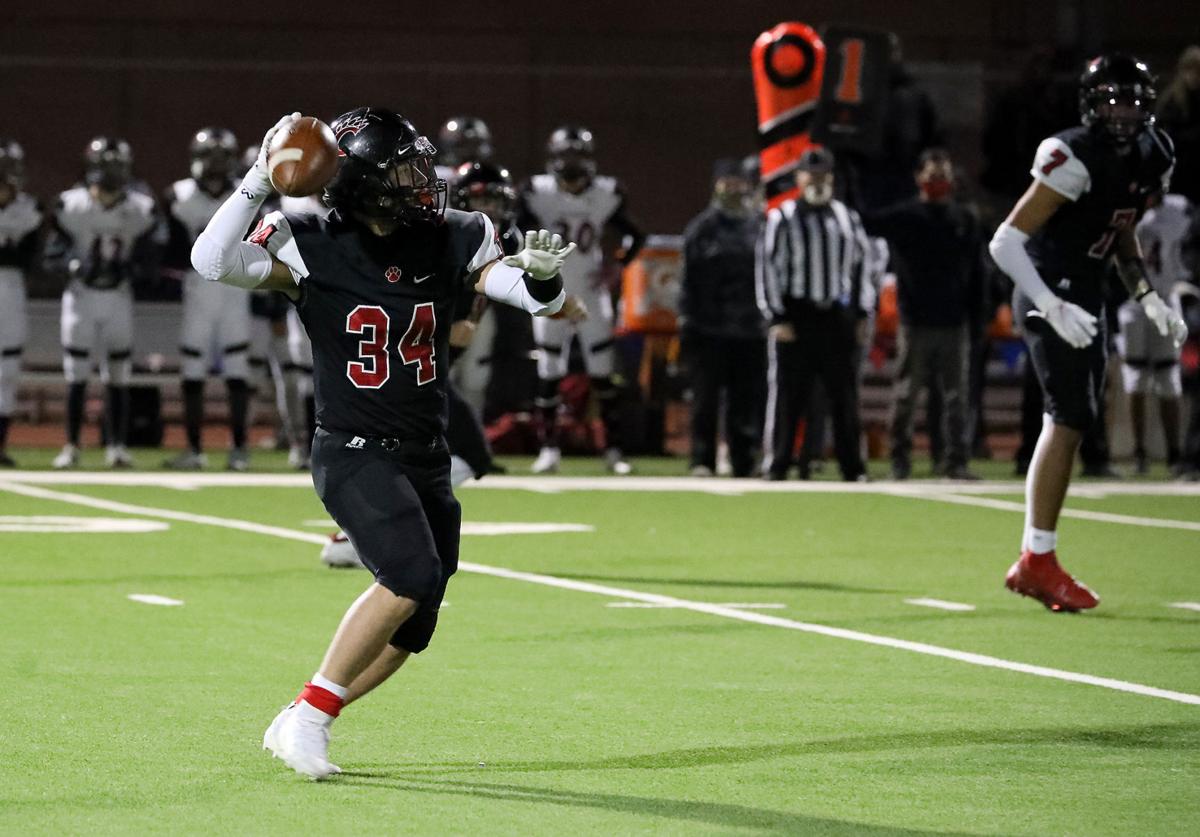 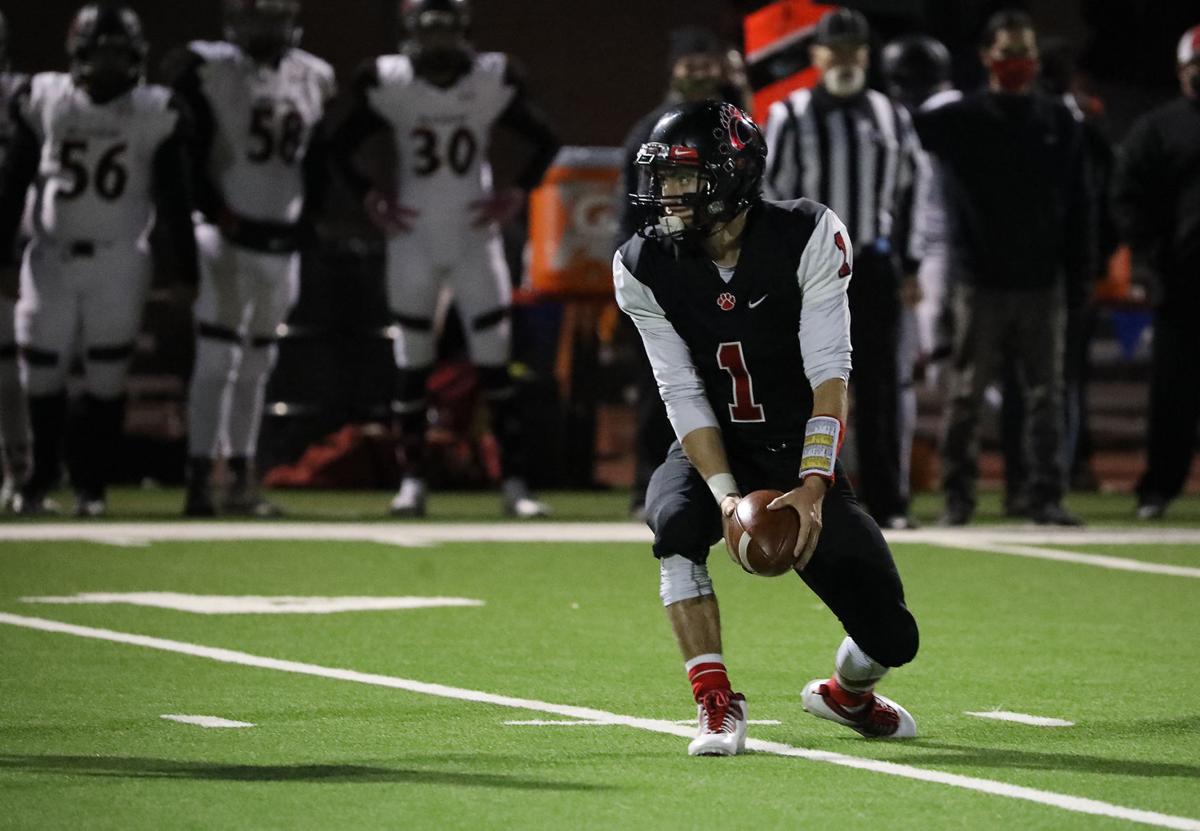 The Coconino Panthers football team wanted to make a statement to the rest of the 4A Conference this week. Well, consider the statement made.

The Panthers remain spotless at 5-0 with two games left on the regular-season slate and, with the first set of power rankings coming out Tuesday, they have set themselves up near the top of the 4A as one of three undefeated teams in the conference who have played at least four games.

If you ask anyone in the program, a win like this is the exact statement the Panthers wanted to make Friday night.

It was all on the ground for Coconino. The home team went for 434 yards on the ground with just 19 yards through the air on one completion.

Bennett gets a lot of the attention for Coconino’s success -- and rightfully so as he rushed for 226 yards in the win. But there was another player for the Coconino football team who made his case as the team MVP, at least for the massive win over a Grand Canyon Region rival.

Manuel Cardoza was all over the field Friday night. From big plays on short-yardage situations, to using his breakaway speed to gash the Bears defense for a long score and even making play after play on defense.

It was just Cardoza’s night -- even if Bennett still did his thing and dominated.

Cardoza finished with 12 carries for 144 yards on the ground with two touchdowns. Cardoza ripped off runs of 33 yards on the Panthers’ first drive of the game, taking advantage of a short field after the defense forced a fumble by Bears quarterback Josh Grant, and later a 59-yard run on a reverse to break Coconino away from a two-point game on the first play of the second quarter.

Cardoza also had an 80-yard TD called back due to a holding penalty in the third quarter, but his impact was still felt. Defensively the senior came up with an interception in the second quarter. Grant and the Bears were driving, down 16-7, and got up to the Coconino 31-yard line.

Coconino gave Bradshaw a break with a defensive pass interference by Cardoza, but he came right back on the next play to catch a tipped pass. The Panthers immediately answered with an 85-yard run by Bennett to extend the lead to 23-7 at the 6:24 mark of the second quarter.

“It’s one of those where it is a mindset on defense,” Panthers head coach Mike Lapsley said of Cardoza bouncing right back after the penalty. “It’s not all going to go your way. Calls aren’t always going to go your way and we have a saying where ‘You flush it and get ready for the next one.’”

Cardoza is the fastest player on the roster, and that isn’t a joke or overestimation. Lapsley and his staff held a mini-combine of sorts and clocked Cardoza with the team’s fastest 40-yard dash time. That speed was easily on display against Bradshaw with Cardoza’s long runs -- as he has done all season.

“I don’t know if there is anybody around that loves to win more than Manuel,” Lapsley said. “You could see that coming out tonight. You’ve seen it pretty much all season with him.”

Bennett can add another program record to his growing list.

The senior running back became Coconino’s all-time leader in carries after his 30-carry, 226-yard and three-touchdown day. He is up to 538 career carries and 3,786 career rushing yards, and is just 67 yards shy of the Coconino all-time rushing yards mark.

While the records are always in the back of Bennett’s mind, he gave credit to his team even more than his own talent.

“The records are always in the back of my head, but that’s really it,” Bennett said. “More importantly, it’s about getting out every Friday and getting that team to win and continue to play. The records are more than an individual record; it’s a team record because it takes the whole team to achieve that rushing, passing or any type of record.”

The Panthers took their 13th straight Grand Canyon Region game dating back to the 2017 season. And it hasn’t been that close of late as all but three of the games have been at least double-digit Coconino wins.

Coconino’s Zach Bennett (34) breaks a chain of Bradshaw Mountain tackles as he runs the ball Friday night during a game in Cromer Stadium at Coconino High School.