Coconino boys basketball still has not lost in 2022. The Panthers defeated the Mohave Thunderbirds 62-32 at home on Tuesday to push their record to 6-2 (2-1 Grand Canyon).

The No. 11 Panthers played all of their active players, from starters to those last on the bench, and led the 41st-ranked Thunderbirds the entire way to pick up their second consecutive region victory.

“I’m really proud of the way the kids are playing right now. You can see we’re getting better,” coach Mike Moran said.

Coconino ran out to a 15-3 lead in the first quarter with solid defense and effective shooting -- including a few 3-pointers -- on the offensive end.

Without senior Matthew Reber, who is out due to a high ankle sprain for about three weeks, the Panthers were at a height disadvantage in the front court. But senior Andy Ruiz, senior Matias Ortiz and junior Pierson Watson all stepped in to defend Mohave’s centers well. While fronting the post and depending on help-side defense, the Panthers were never bullied down low, despite giving up a few inches under the hoop.

“We’ve identified Matias as a kid who can really help us if need be. He’s strong, and he’s gotten better. Andy’s stepping up, Pierson is playing better, and they’re a big reason we’ve had a little bit of success,” Moran said.

The Panthers played similarly effective defense in the second quarter, though their offense slowed. They scored just nine points in the period, but also gave up just nine, and led 24-12 at halftime.

From there, 4A Conference Coconino got hot from the floor and started attacking the paint effectively, either scoring inside or kicking out to open shooters.

Mohave, early in the third period, cut the deficit to just 10 points. But after a timeout, the Panthers went on an 18-2 outburst, which included six points from senior Jordan Holloway on a couple of 3s, and led 49-23 at the end of the quarter.

“We’ve been working on that in practice with Carolina breaks. We like to just get out and get it to shooters, get it to the post, and we just work together as a team,” Holloway said. “I feel like that gave us confidence so we could finish out the game.”

Holloway’s scoring spark off the bench has become increasingly important for the Panthers. He has become a true threat to make plays with the second unit and increase the lead when some starters are on the bench.

“He’s one of the best leaders I’ve ever had. He’s very game smart. He’s always talking to players and he is the voice of the team a lot of times. So when he hits 3s and is scoring, he adds a big role to our team,” Moran said.

The Panthers played their bench unit for the entire fourth quarter, outscoring Mohave 13-9 in eight minutes. With mostly region play left in the season -- including a rematch with the Prescott Badgers, who beat Coconino 57-37 in early December, coming up on Jan. 25 -- the Panthers will need to keep playing effectively to increase their ranking.

With how the team is playing on defense in 2022, things are looking up.

“The defense wins championships, so if we keep up the defense we’ll be able to keep pushing and get some more wins and maybe do something in the playoffs like last year,” Holloway said.

Coconino is set to travel to No. 33 Mingus Union for a Friday tipoff in Cottonwood. 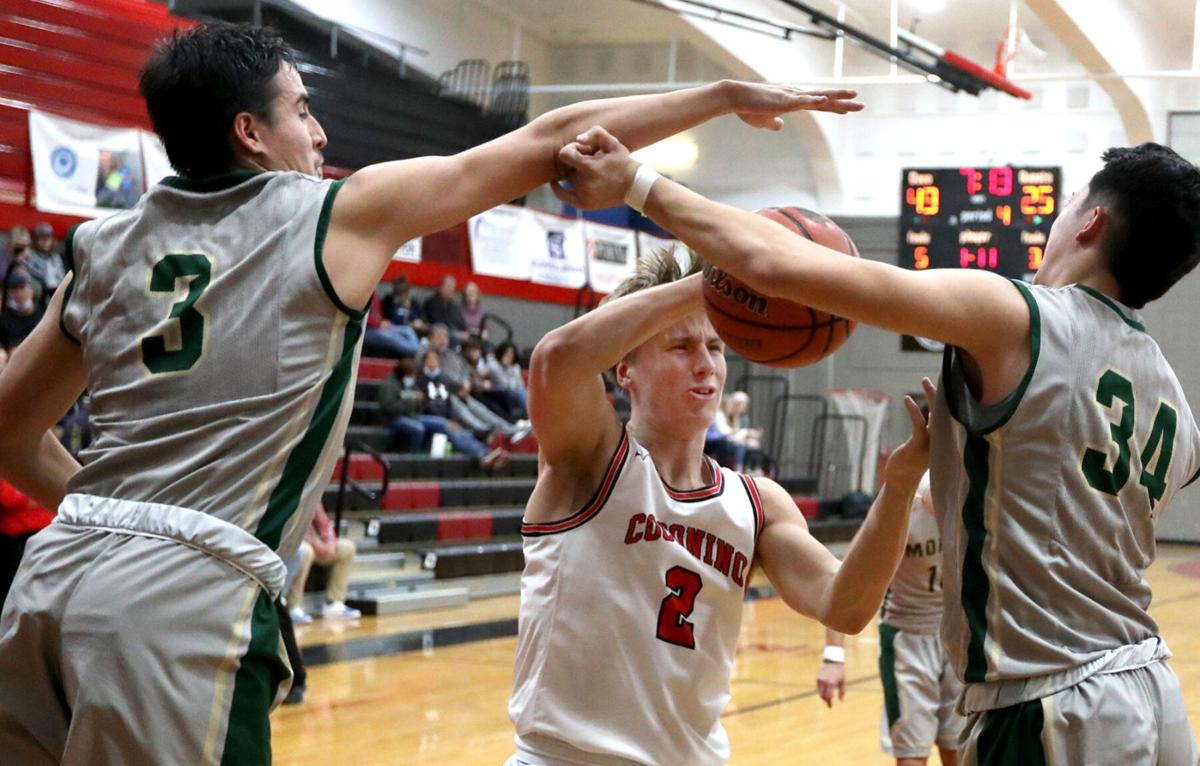 Coconino’s Pierson Watson (2) works his way through the Mohave defense Tuesday night during a game at Coconino High School. 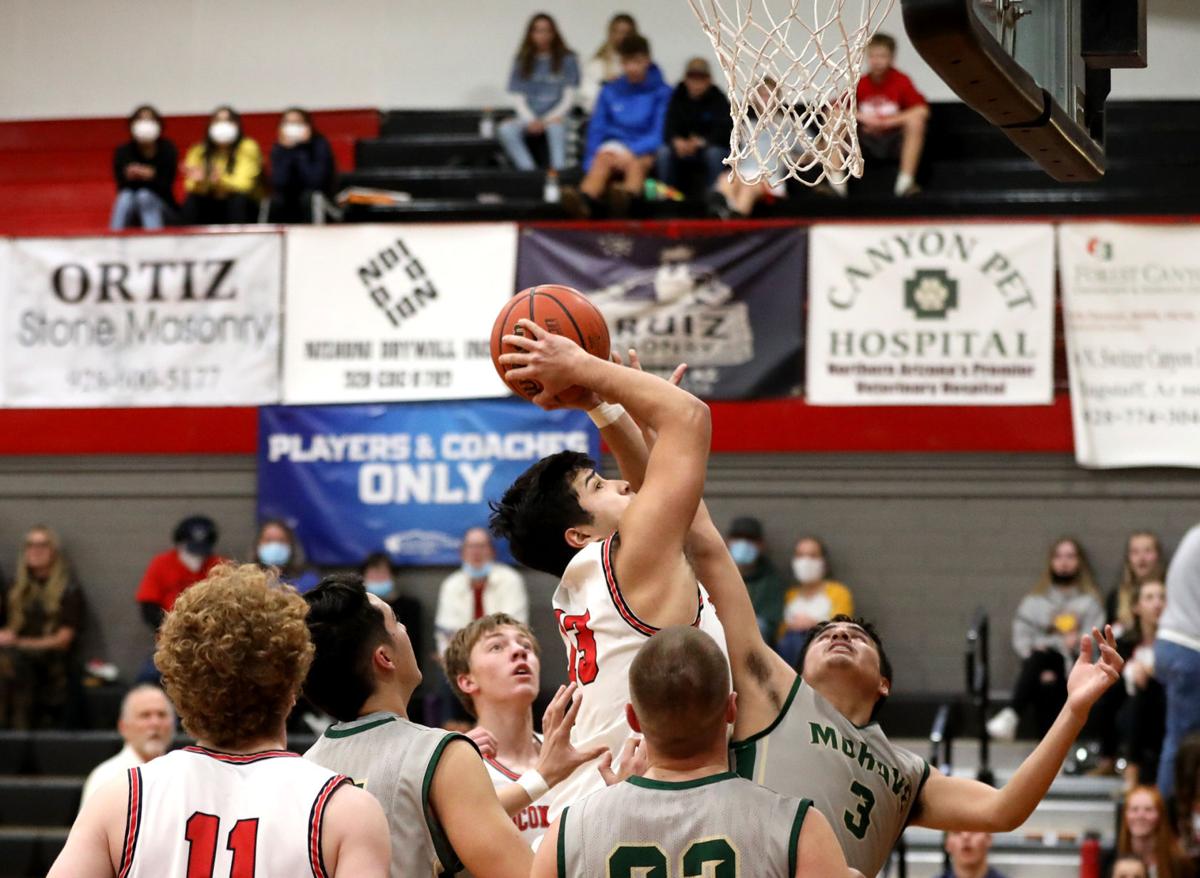 Coconino’s Matias Ortiz (13) takes the ball up Tuesday night during a game against Mohave at Coconino High School. 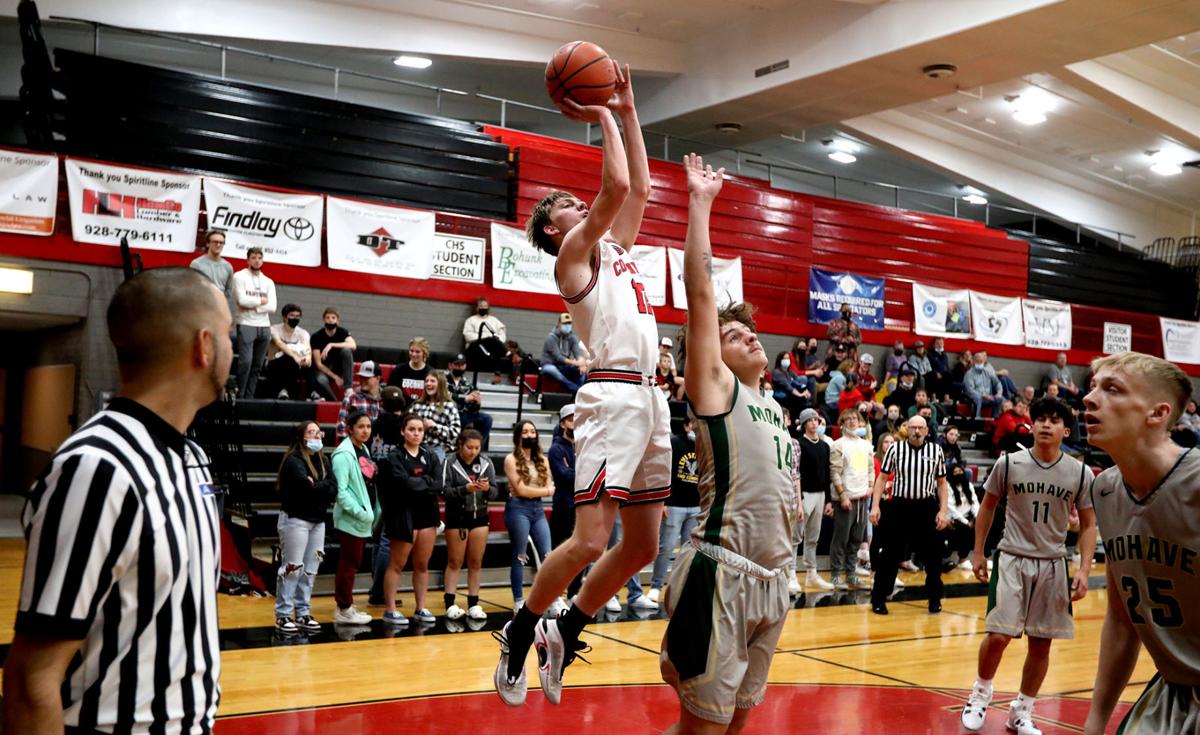 Coconino’s Colter Cardon (12) rises for a shot during a game against Mohave Tuesday night at Coconino High School.