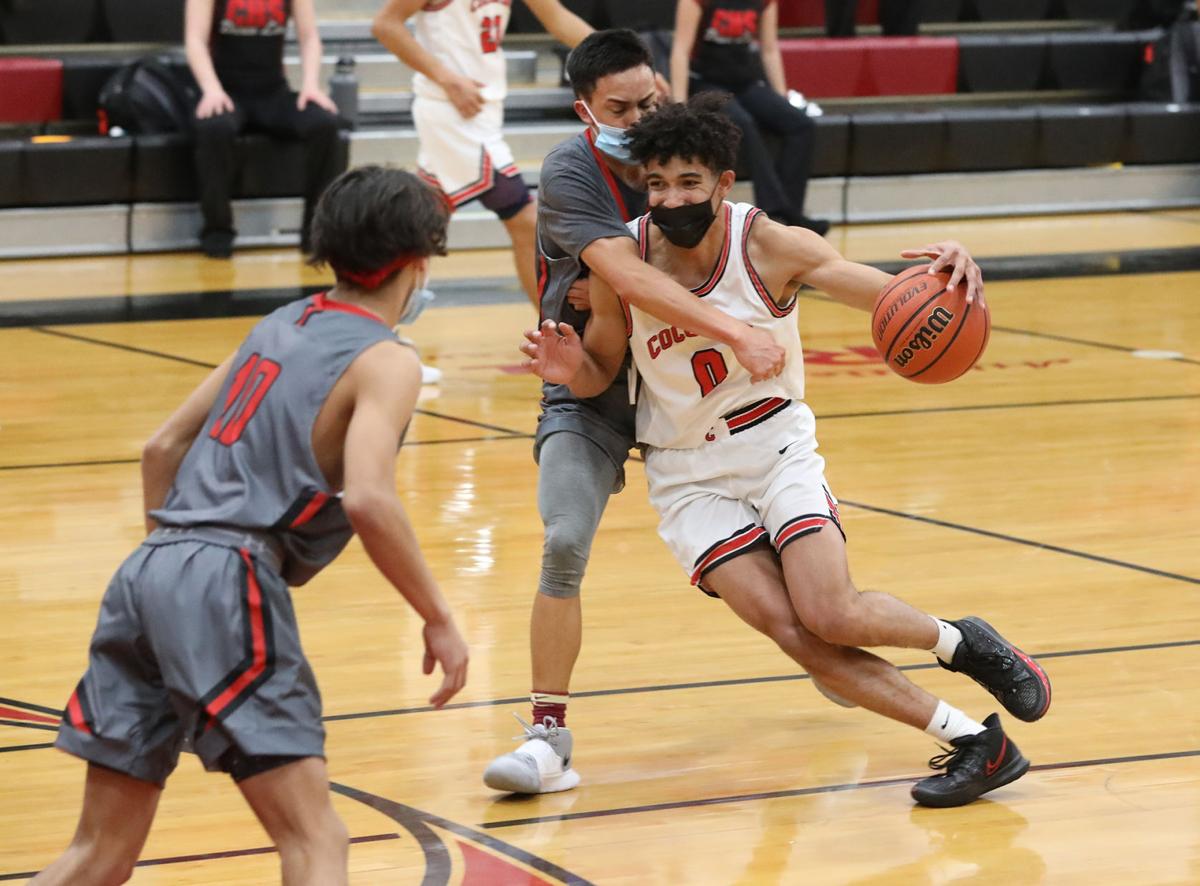 Coconino’s Aidan Roig (0) drives the ball through the Lee Williams defense Friday night during a game at Coconino High School. 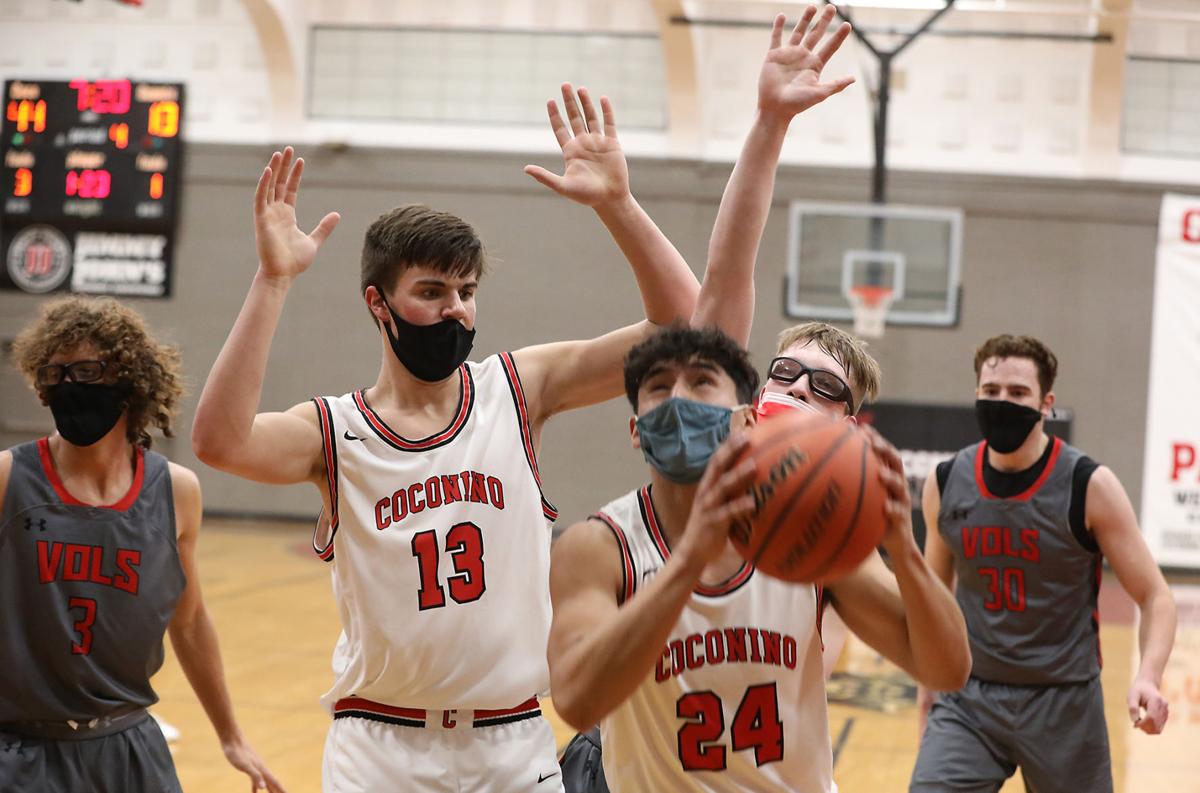 Coconino’s Mathew Reber, (13) watches as teammate Manuel Cardoza (24) grabs a rebound and prepares to shoot a layup Friday during a game at Coconino High School against Lee Williams. 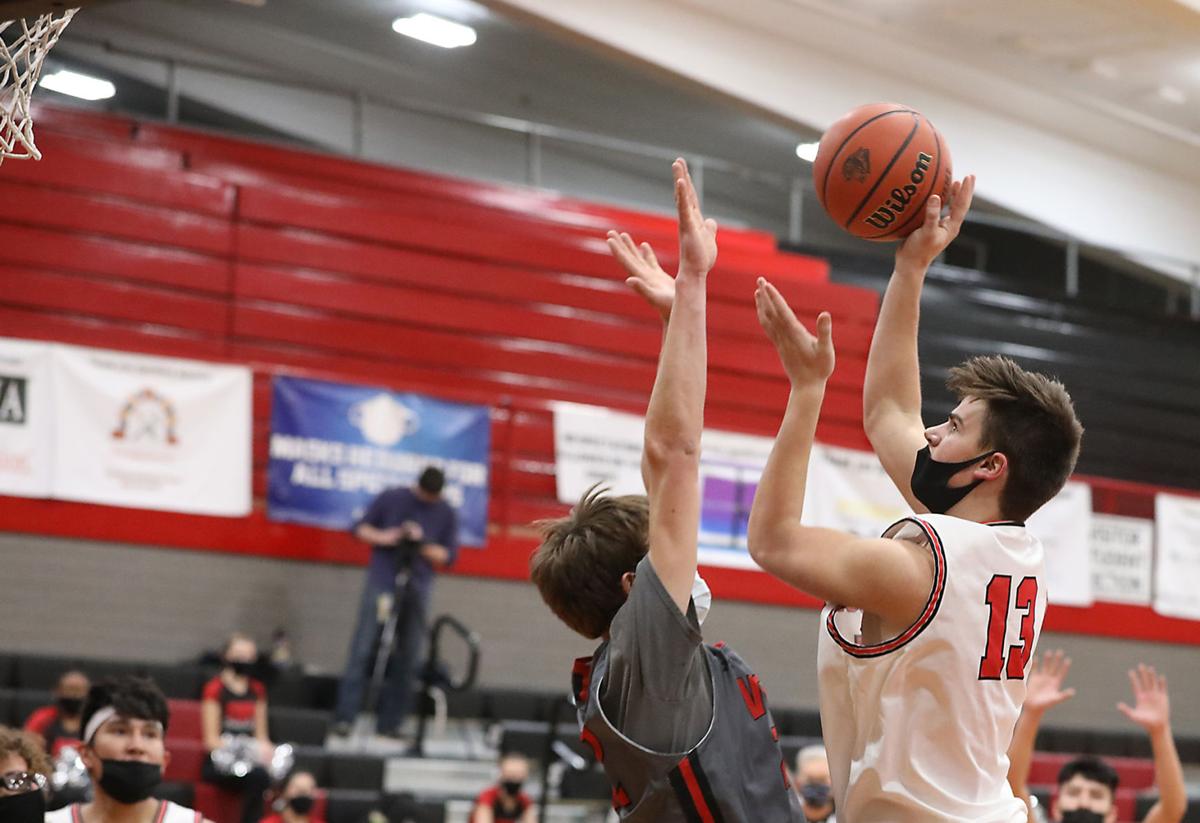 Coconino’s Mathew Reber (13) takes a shot over the Lee Williams defense Friday night during a game at Coconino High School.

After their original opener against rival Flagstaff was rescheduled, the Coconino got to open against a team that has pushed them the past two seasons — the Lee Williams Volunteers.

Usually the games are hyper-competitive, coming down to just a few possessions and a chess match of sorts between the head coaches.

This time around Coconino flexed its muscles a bit -- well more its speed and athleticism.

The Panthers went on a 22-0 run from around the six-minute mark of the second quarter all the way until the final minute of the third behind a strong transition game fueled by pressure defense.

The massive and long run turned a 19-13 game into a 50-21 blowout at home in Roth Gymnasium at Coconino High School Friday.

Coconino didn’t do a ton different either. The pressure the Panthers often use just started working more, and the quicker Panthers got out and ran more to get easy buckets in transition.

“We didn’t move the ball on offense enough in the first half,” Panthers head coach Mike Moran said. “ … We haven’t played in a while.”

Plus a few offensive boards and smart cuts by Manuel Cardoza doesn’t hurt.

Star guard Preston Olney didn’t do much, as he dealt with early foul trouble and scored just three points and had three fouls.

But he didn’t need to. His teammates picked up the slack and let the star guard take it easy for most of the game as he orchestrated the offense and shut down his man on defense. Even Olney’s running mate Jacob Begay had a quiet night with just three points, but, like Olney, he too played his normal in-your-face style of defense.

“So much depends on what he does,” Moran said. “He didn’t have his best game tonight. … It was defense that set the tone as usual for the Panthers. He played well everywhere else.”

Cardoza finished with 13 points, doing most of his damage on drives and timely cuts. He did hit a 3-pointer in the first quarter.

Amare Tom added in 12 with a pair of triples — both coming in the third when Coconino went on the big run.

With the questions about whether or not there even would be high school basketball before the season, it makes sense some times would go into games emotional and almost nervous.

That wasn’t the case for Coconino.

It was business as usual. The Panthers came out with almost too little emotions and let Lee Williams — which graduated a loaded a senior class a season ago — hang close for the first 10 or so minutes.

While the emotions were in check during the game, Moran admitted it was relieving to see his seniors get on the court after the uncertainty.

Moran said before the season started his team was devastated about the lost season when it was initially called off. Even if the team didn't show a ton of emotions, Moran noted how his team was excited and ready to get back to the hardwood.

Coconino’s Aidan Roig (0) drives the ball through the Lee Williams defense Friday night during a game at Coconino High School.

Coconino’s Mathew Reber, (13) watches as teammate Manuel Cardoza (24) grabs a rebound and prepares to shoot a layup Friday during a game at Coconino High School against Lee Williams.

Coconino’s Mathew Reber (13) takes a shot over the Lee Williams defense Friday night during a game at Coconino High School.