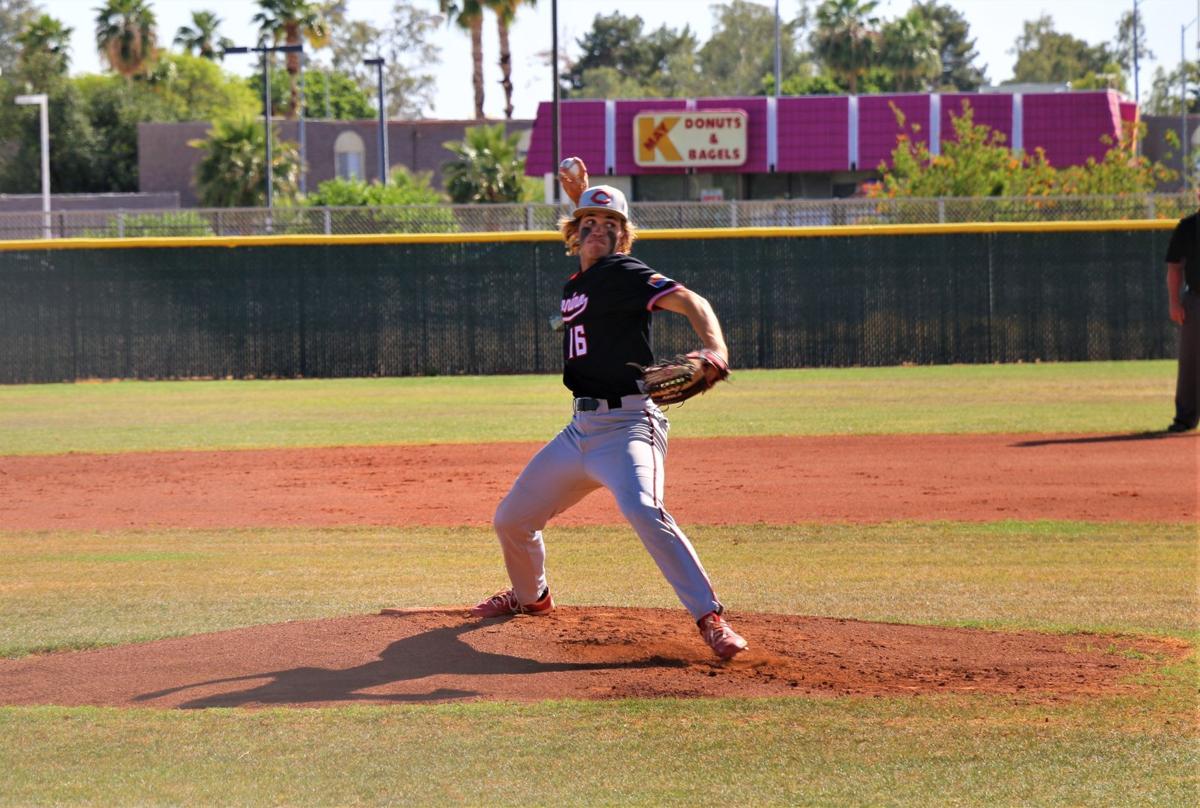 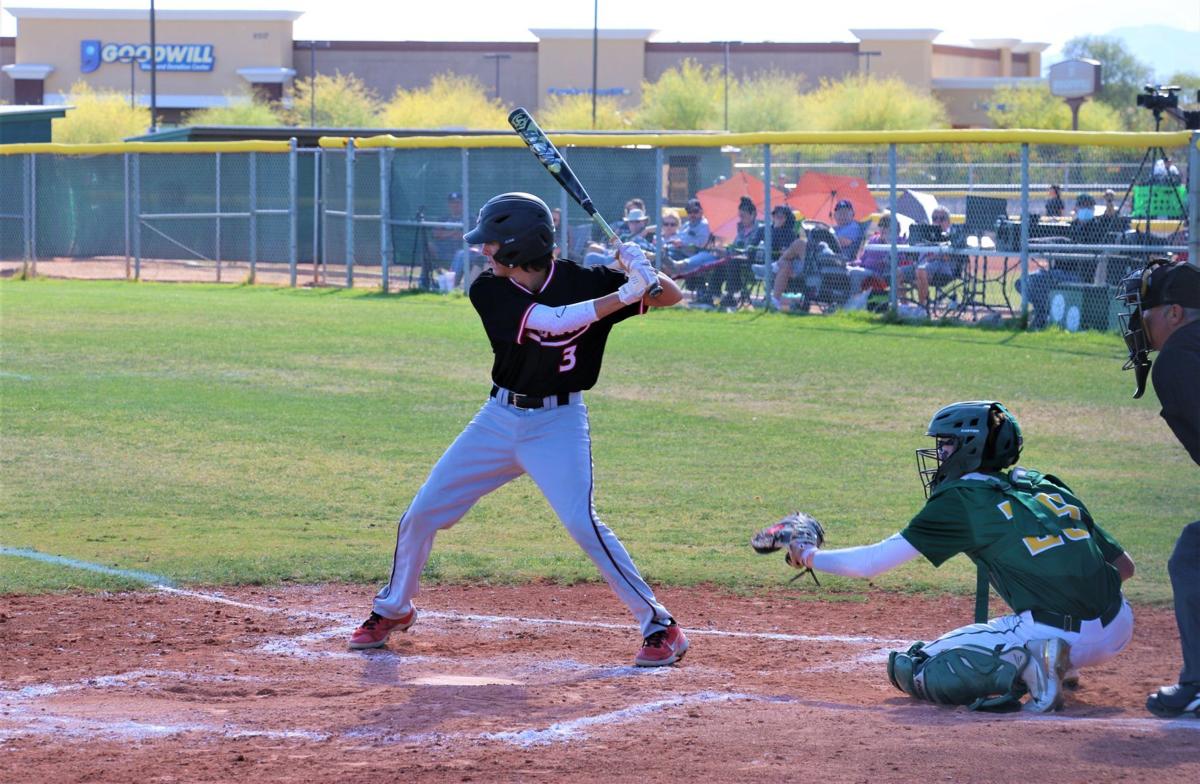 Coconino's Zeke Anaya eyes a pitch during an at-bat Tuesday in Peoria.

Coconino Panthers baseball (8-7) kept its playoff hopes alive with a 1-0 road win over the Peoria Panthers on Tuesday.

Senior Trevor Sevier threw seven scoreless innings, striking out five batters, to lead the Panthers to their first shutout win of the season. After losses in his past two starts, the shutout felt even better.

“It was really awesome to go out there and throw strikes and not get another bad outing. It was nice to shut down this time,” he said.

Ranked No. 17 in the 4A Conference heading into the game, the Panthers were just outside the 16-team playoff bracket with few precious few contests remaining. Coconino felt it needed the victory to continue to have a chance at a postseason berth.

Players were told before the game that they should be playing as if they are already in the postseason because a loss to No. 24 Peoria (10-8) would kill their chances at continuing the 2021 campaign.

“To come down here, make that bus ride and play at their place against a good club and get a win like this means a lot,” said assistant coach Michael Sifling, who filled in as manager while Dalton Schwetz finished a COVID-19 quarantine period.

Schwetz is expected to return on Wednesday.

Tuesday’s game looked like it would be a pitching duel from the start. Both Sevier and Peoria junior Adam Flanders pitched hitless innings in the first inning. Sevier gave up a walk and a double in the second and had runners on second and third base with just one out. But a tag out at home and a strikeout to end the inning kept the scoreboard clean after the second.

Coconino finally made an offensive push in the third inning. Senior Zeke Anaya hit a single -- the first hit of the game to that point -- and pinch runner sophomore Conor Calahan advanced to third on a stolen base and a sacrifice bunt. With two outs, Sevier hit a short, rolling grounder toward the third baseman as Calahan crossed home. Sevier barely beat out the throw to record an RBI single and secure the Panthers’ first and only run of the game.

“I was just trying to get a base knock. I just so happened to hit a slow grounder and it worked out,” Sevier said.

Sevier kept Peoria’s score at 0 despite finding himself in a few jams throughout the rest of the game. In the third and fourth innings, Peoria had runners in scoring position. In the third inning, Sevier picked off a runner at first and the fielders threw a runner out at third. In the fourth, Peoria had runners on first and third with just one out, but Coconino fielded a sacrifice bunt attempt perfectly for an out at first and drew another out to escape again.

Coconino ended the game with no errors in what was one of the team’s cleanest fielding days this season.

“I have full trust in my team. I’m not really a strikeout pitcher anyway, and when the batters do put it in play having those guys behind me is really great,” Sevier said.

“We make defense a priority. It was just nice to see it all come together like that,” added Sifling.

Coconino struggled to get players on base from then on, but the defense and pitching held on. Sevier escaped the sixth inning scoreless, leaving a runner stranded on third base again heading into the final frame.

The Panthers failed to provide more run support, but another scoreless inning and two strikeouts by Sevier ended the game and secured the shutout win.

The victory gave Coconino its first winning record in weeks. With just two games left in the season – home and away against No. 32 Mohave (5-9) on March 4 and 5 – Sevier said clutch wins like Tuesday’s will be necessary moving forward.

“We’re on the bubble right now and we need to win out. To get this one tonight is huge, especially how close it was,” he said.

Coconino's Zeke Anaya eyes a pitch during an at-bat Tuesday in Peoria.