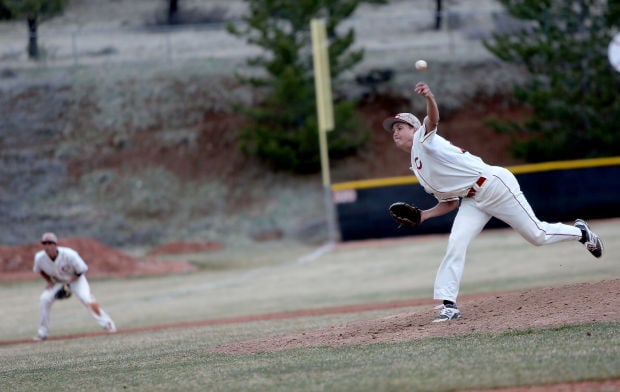 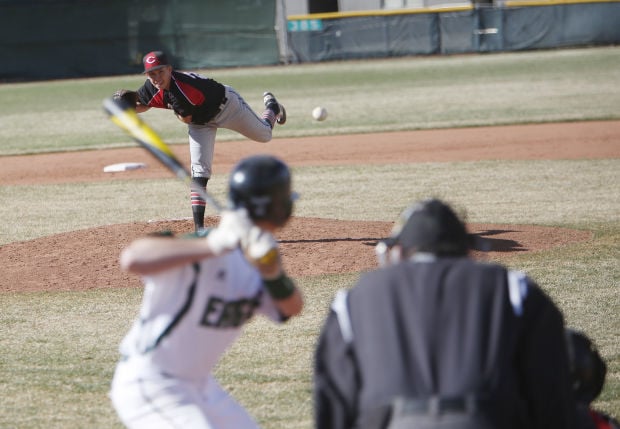 Building a homemade squat rack, hitting up former teammates for throwing sessions and finding the motivation to do workouts, former Coconino Panthers pitcher Avery Weems has been doing as much as he can to stay competition ready during the COVID-19 pandemic.

The lefty slinger, who was drafted in the sixth round of the 2019 MLB draft by the Chicago White Sox just over a year ago after his college career at Arizona and Yavapai College, has been keeping his hopes up while the MiLB season remains a question mark.

While the MLB and MLB players association just figured out a plan to start training camps July 10 in preparation for a late July start, the minor league season has been in constant flux and no plan for a season has been announced or reported.

“I don’t think anybody kinda knows what is going to happen,” Weems said Wednesday in a phone interview. “It’s going be something that has probably never happened before. At this point, it’s just a matter of waiting and staying ready.”

Weems opted to stay with his parents for the past few months here in Flagstaff, and just this week moved back down to the Valley now that some gyms and workout facilities are re-opening. He started his rookie year playing in the Arizona League, where he went 1-1 in four starts with a 0.69 ERA.

After his solid start in the AZL, Weems was promoted to the rookie advance league, the Pioneer League, to play for the Great Falls Voyagers in Montana. During his time with the Voyagers, Weems went 4-3 in 10 starts with a 2.47 ERA -- while batters hit .239 against him in 47 innings of action. He was named a Pioneer League All-Star for his efforts at the end of the season after already earning mid-season All-Star nods following just four Pioneer League starts.

The move back home, he said, was important so he could help his family in any way he could and it made sense because he had workout equipment to use and stay fit.

The connection with a former Coconino ball player helped Weems out too.

“Some days are harder than others, finding motivation,” Weems said. “It was definitely hard when I was working out at home because I’d wake up, make breakfast and go throw, and I was in a good little routine with former Coconino baseball player Kyle Casados. He would throw with me and we would go to my house and workout. That is when it became easier, when you have somebody else.

“But the days when you don’t have somebody and you gotta do it by yourself, you gotta put up heavy weight and get your work in, those are the days that aren’t so easy. You gotta find your own internal motivation.”

One of the biggest challenges because of the delayed and uncertain season for major and minor leaguers has been finances. Minor leaguers are only paid during the season and regularly don't earn wages during training camps or the offseason, but as the pandemic has continued and delayed the season, some adjustments had to be made.

Weems said he was given some money from the league in April that was supposed to hold them over for a short wile, as well as the stimulus check that was sent out from the federal government.

The salary for minor leaguers varies depending on which league they are in, and as a rookie Weems signed for a $10,000 signing bonus. Weems makes just about $400 per week now and noted how food-wise sometimes a simple sandwich is all he can afford. Plus, with the money coming in he has been able to help his family out with groceries and other expenses.

“I am hoping they keep on paying us,” Weems said. “I know it is difficult for (the league) with everything going on and having to pay big leaguers and staff members. I don’t even think there is going to be fans in the stands, so there goes a lot of that revenue"

Minor leaguers' pay has been a long-debated topic, as most are under the poverty line and struggle to afford basic needs. There have been pushes to increase minor league players pay, and as of this past February the Associated Press reported the MLB planned increase salaries in the MiLB between 38% and 72% -- depending on which level in the minors a player is at -- starting in the 2021 season.

In late May, ESPN's Jeff Passan reported that an estimated 1,000 minor leaguers could be cut. Over the summer, many teams have announced cuts in their farm systems as the MiLB season remains uncertain.

With the challenges of the pandemic -- mental, physical and financial -- Weems is handling what he can control.

He is keeping fit as he can, even when it isn’t the easiest. Weems took a break from throwing but said he will be starting that back up soon to be ready for a potential call up or if the MiLB season is able to happen in some capacity.

Weems knows he has to work constantly to achieve his dream. Even if the grinding is arduous.