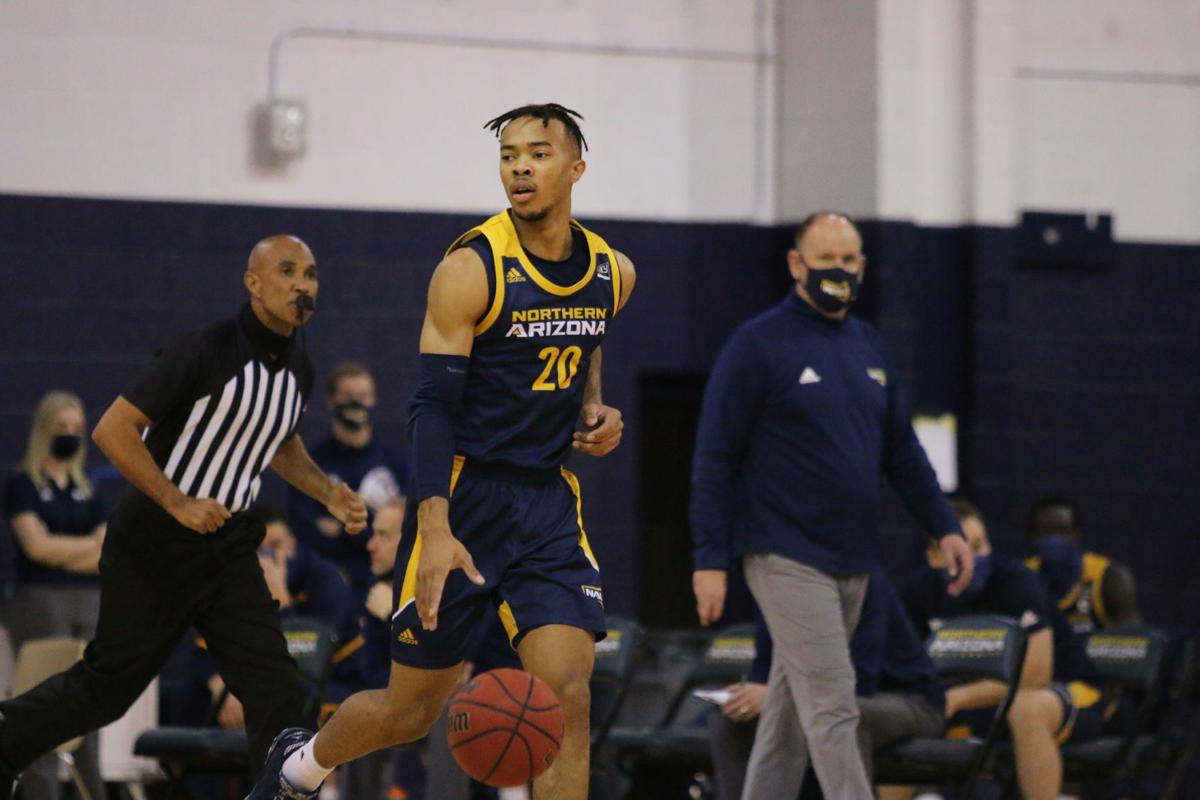 About a week after Cameron Shelton announced he was transfering from the Northern Arizona men's basketball team, the former Lumberjack has found a new home.

Shelton, a Southern California native, announced Wednesday in a Twitter post that he has committed to West Coast Conference school Loyola Marymount in Los Angeles -- just outside of his hometown Chino.

Loyola Marymount went 13-9 overall this season under first-year head coach Stan Johnson in the WCC -- a league that boasted top-overall NCAA Tournament seed Gonzaga and No. 6-seeded BYU. Loyola Marymount finished third in the WCC regular season and was knocked out of the conference tournament by Saint Mary's, which made the NIT.

The Northern Arizona men's basketball team also lost assistant coach, and former player, Gaellan Bewernick, who announced on his Instagram page last weekend that he is leaving his role as an assistant coach with the team.

Shelton is one of the first transfers out of the Big Sky Conference to find a new home, as former NAU sharpshooter Luke Avdalovic and a few marquee transfers out of 2021 Big Sky tournament champs Eastern Washington have not publicly announced their decisions.

As a whole, the transfer portal has more 1,000 names, according to the transfer database on verbalcommits.com.

The number of players from the Big Sky whose names are in the transfer portal has reached over 30, including reigning Big Sky Conference MVP Tanner Groves, who left Eastern Washington after the school lost head coach Shantay Legans to the same position at the University of Portland.

So far, as of press time, just two players have transferred into the Big Sky.

Groves and Shelton alone were two of the best players in the league in 2020-21, leaving the Big Sky in need of some new talent to come in, or younger stars within the conference to quickly step up, after transfers have quickly depleted the top talent in the league.

Of the five-person All-Big Sky First Team, which had just one senior this past season, two for sure remain in Eastern Washington's Kim Aiken Jr. and Southern Utah's Tevian Jones. A third -- Weber State Isiah Brown, who has transferred twice in his college career already -- could return due to the free year of eligibility, but he is likely done following his fourth season with his third different team.

Talent remains in the Big Sky, sure. Non-first team members but still all-league caliber players Jubrile Belo at Montana State, Bodie Hume and Daylen Kountz at Northern Colorado and the bulk of Montana and Weber State's top talent are still around for now. Southern Utah, the 2020-21 Big Sky regular-season champs, senior guard John Knight III could also return if he chooses to use the free year the NCAA is giving to all players.

But the departures of Groves and Shelton, and whoever else may opt to leave in the near future, put the league in a tricky spot as the offseason looms.

Throw in the most recent big transfer -- the top reserve in the Big Sky, Tyler Robertson out of Eastern Washington, who put his name into the portal this week -- the Big Sky will have some new faces leading the conference in 2021-22.