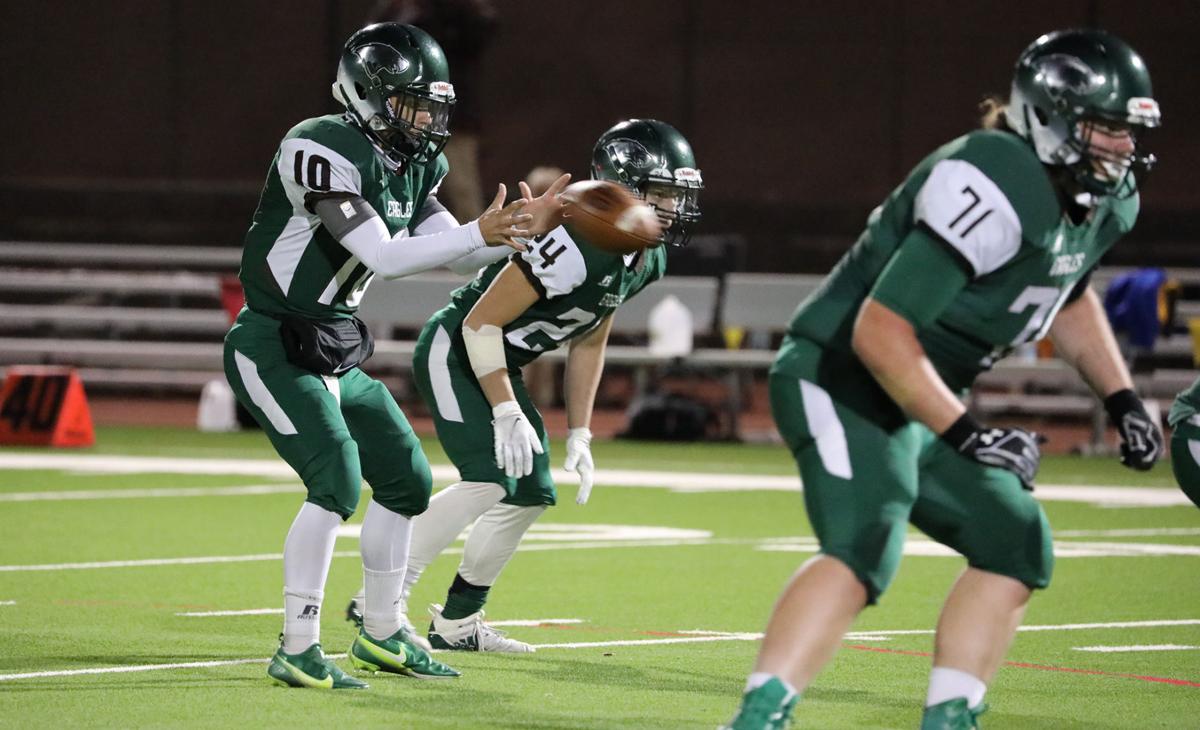 The Eagles played the fifth-seeded American Leadership Academy-Queen Creek Patriots close for the first half, but couldn't hang on against a prolific offense in a 58-21 loss in the Valley.

The Patriots were the first to get on the scoreboard, but the Eagles were able to answer on a touchdown run by Luis Jaramillo from about 40 yards out in the opening quarter.

The Patriots again scored, and again the Flagstaff offense had an answer -- again a touchdown run by star senior Jaramillo to get his second score of the night early on.

Nearly immediately after, the Patriots scored on an 80-yard catch and run on a two-play drive. As solid as the Eagles offense was playing, defensively it couldn't stop the Patriots.

Flagstaff again tied the game at 21-all in the first half as the teams kept trading scores. But again, the Patriots passing offense struck back as they scored to go up 28-21 in the first half and later kicked a field goal to go ahead 31-21 at the break after scoring on all five of their first-half drives.

After keeping close all first half, the Patriots blew the game open in the second half. The Eagles offense struggled to match their opponent and the Patriots kept rolling en route to the big win.

The Eagles bring back a solid amount of their roster, most notably defensive end Nick Morrow, who was a solid force at defensive end and tight end as a big option in the passing game.

NAZ Elite has a lot to celebrate at the start of the new year.

Idaho State and Northern Arizona men’s basketball have gotten into a habit of close calls dating back the last four games. Thursday night at t…