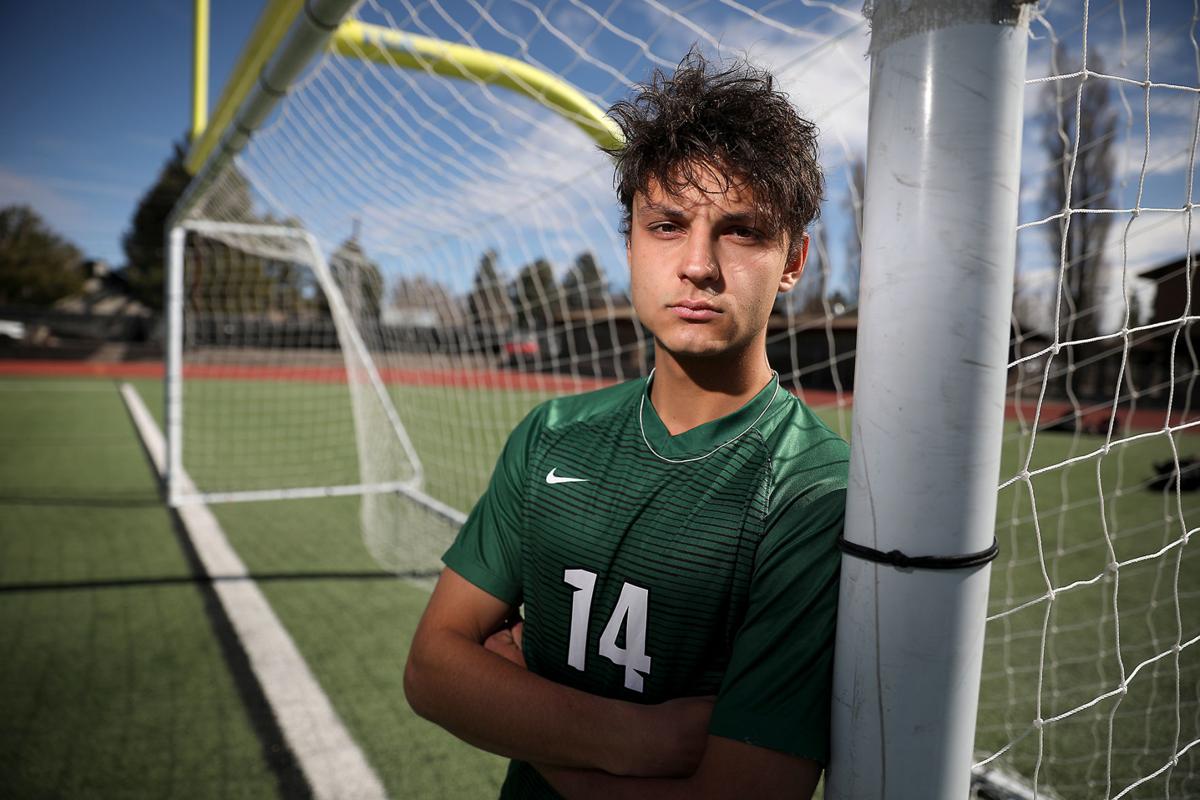 Flagstaff’s Alex Grieder has been named the 2020 Arizona Daily Sun boys soccer Athlete of the Year. 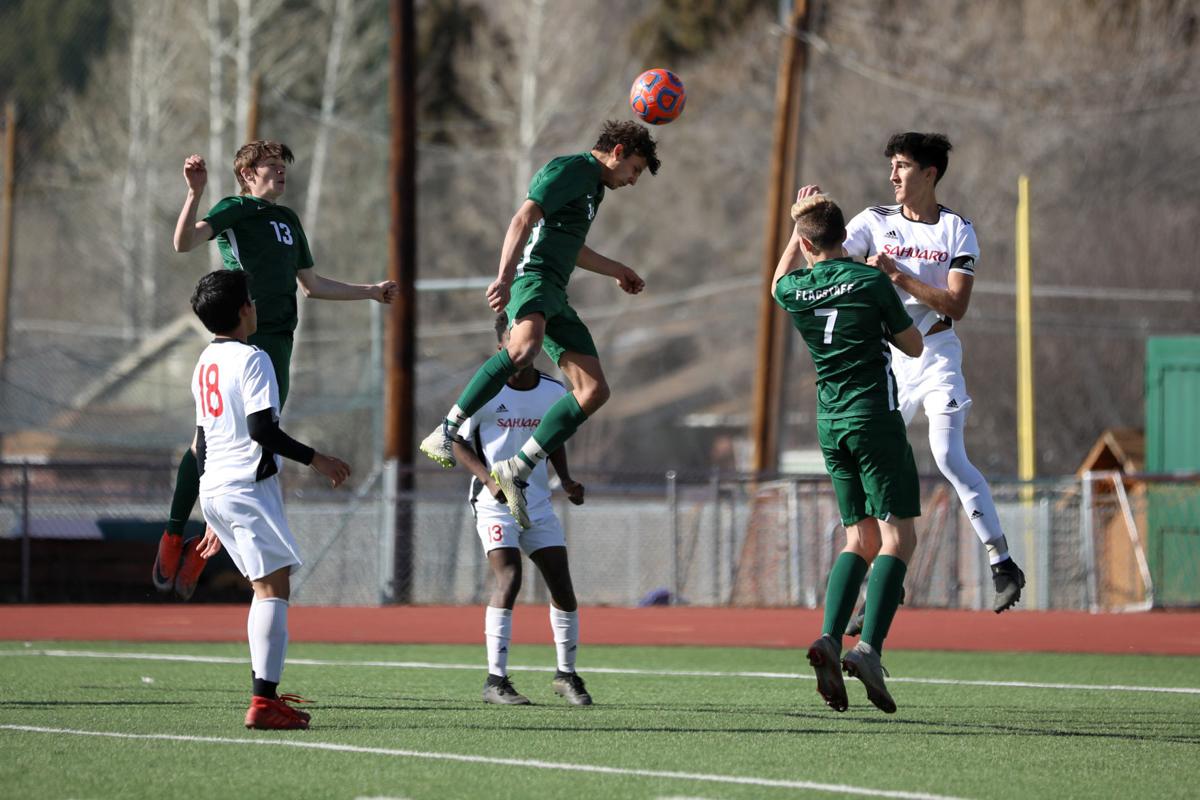 Flagstaff's Alex Grieder (14) heads a ball alongside teammates Connor Jones (13) and Bryson Cernohous (7) during a 4A Conference state tournament match this past season at Flagstaff High School.

Even after losing former star forward and dynamite scorer Marco Avitia to graduation, Flagstaff boys soccer head coach Mike Jenkins knew exactly who to turn to for the 2019-20 season.

Senior Alex Grieder, who played outside alongside Avitia in 2018-19, exploded this past season as an offensive force for the Eagles. Whenever Flagstaff needed a goal, it was a safe bet that Grieder would find a way to score.

“He just does what he does. He has amazing talent, both left and right feet, he can score with his left or right. He’s just an incredible soccer player," Jenkins said.

Grieder led the Eagles in total goals with 20 for the season and he added six assists as the focal point of the Flagstaff attack. He was also named to the 4A All-Conference first team along with a pair of teammates for his efforts.

For his part in leading a senior-laden Flagstaff Eagles squad to an 12-1 record and a Grand Canyon Region title, Grieder is the 2020 Arizona Daily Sun boys soccer Athlete of the Year.

Grieder led a group of 13 seniors this past season as the Eagles had title aspirations a season after falling in the 4A state semifinal round. The Eagles were expected to see the type of success they did, plus maybe a bit more, with all the senior talent and Grieder played a large role in pulling it all together.

Grieder was man marked most matches after teams started to see how much of an offensive force he had become. The extra attention didn't stop Grieder from getting his, but it did take a bit of an adjustment after noticing the way teams were defending him.

“After the first few games I started to notice it and I had to adapt to it, which was pretty difficult," Grieder said. "I had to use my teammates more and we developed way more of a team chemistry that way. ... I try to keep my head, even though I get a little bit angry sometimes. As much as it sucks, it means you’re doing something right.”

The Eagles' offense relied on him to be the anchor, setting the pace for the attack each match. If there was a through ball that gave him even an inch of space, Grieder would get to it.

He relished the chances to go one-on-one with an opposing goalkeeper, chances that he usually won.

“As a coaching staff, we knew Alex always had the potential in there," Jenkins said. "We were lucky that Marco came in and did what he did and that opened up a lot of things for him to be successful on the outside. That’s what he kinda loves. He loves to get a defender one on one and usually if you put a guy on the outside he has one defender to beat.”

Flagstaff's offense was solid for most of the year. Flagstaff started off strong with six, four and nine goals in the first three matches, tapering off to three and then back to nine in the next two.

From there the offense was held to lower goal totals, never going for more than five in a match -- which the Eagles did twice -- and the Eagles played in three one-goal contests in the final eight regular-season matches.

In the playoffs, Flagstaff was held to a goal in each match, with Grieder finding the back of the net in both, keeping up with the theme of the season for his Eagles.

The best part of the year for Grieder, he said, was getting one last chance to play a full season with his team.

“I’m happy with the result and that I got to get closer with my boys,” he said.

Flagstaff’s Alex Grieder has been named the 2020 Arizona Daily Sun boys soccer Athlete of the Year.

Flagstaff's Alex Grieder (14) heads a ball alongside teammates Connor Jones (13) and Bryson Cernohous (7) during a 4A Conference state tournament match this past season at Flagstaff High School.