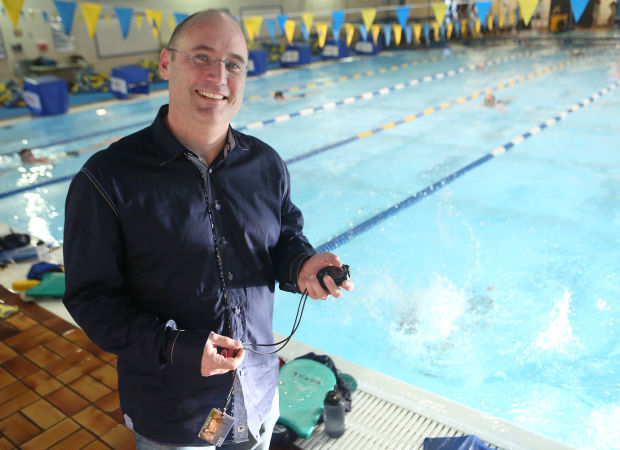 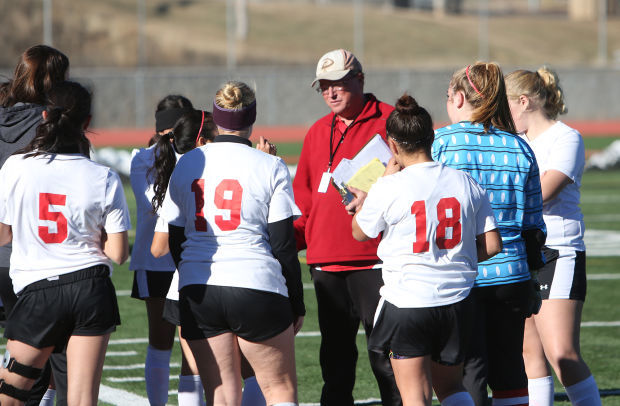 Highlighting one of the school's best sports seasons this past fall, two coaches wrapped up their years in the postseason, during which they both earned AIA awards.

For the two coaches, the award sheds a brighter light on Spartans sports.

"NPA is a strong program, and it will continue to get stronger. I think they are getting good recognition on both sides, from the boys and the girls," Fix said. "The programs are growing. They've got a strong athletic program, they've got a strong administration that supports their athletics, and (Mike) Elder is a great athletic director who supports everything we do."

As the programs age, success increases.

When it comes to the boys side, the swim team sent ripples through the state, qualifying 15 swimmers for the championship meet. At the state meet, the Spartans came in seventh overall and swimming star Caleb Ring won the Daily Sun's athlete of the year.

Pretty good for a program that Leid helped establish just three years ago.

Leid said the third year was "a huge year" because parents continued to lend a hand and two assistant coaches in Megan Morrison and Chelsea Bergner joined Leid on the deck.

The girls soccer team, which just finished its fourth full season and second under Fix, went to the finals of the D-IV state tournament, where the Spartans lost to Blue Ridge, winner of its third straight title and eighth since 2003.

In the two other fall sports, the Spartans volleyball team made the state tournament again this year under a new coach in Lacey Ebersole, and the girls cross country squad earned its first-ever D-IV team title, led by first-place finisher Maya Smith, a freshman.

Like Fix, Leid said the award is more about the Spartans in general, not just about individual coaching efforts.

"This is a weird award because I got recognized," Leid said. "But really, I got recognized because the kids are great and they did awesome in the pool, and I had great assistant coaches. So for me, it is more of a program award and not a personal award."

"It wasn't just a coach effort," Fix echoed. "It was a team effort. It involved all the girls, all the coaches and all the parents."

In addition to Fix earning the division's coaching award, Karen Huppenthal made the all-division first team as goalkeeper, Riley Quigley and Juliana Berglund-Brown got onto the second team, and Keelah Barger and Skyler Koski garnered honorable mentions for the Spartans.

While both coaches saw their athletes thrive during the fall, they also watched other programs find success. So for Fix, the award was unexpected.

"I was surprised," Fix said. "I thought several other coaches really stepped up and did a great job with their programs."

Fix, when casting his coaching award vote, said he looked at where a team started and how it finished "as far as talent and where they can take that talent."

Leid said his voting criteria included not just the success of a team, but its sportsmanship.

"We (the coaching staff) got together and talked about what programs we saw that not only were their swimmers successful, like they are swimming really fast, but for us it was 'are these kids nice too, are they acting appropriate, are they acting with class?'" Leid said. "That's a big part for us, because normally that follows how the coaches are, and we could use that to drive our decision."

Although their seasons are over with NPA, both coaches continue to put in work. Fix coaches the Coconino High School girls soccer team during the winter. When the high school swimming season ends, Leid stays busy coaching the senior group of the Lumberjacks Aquatics swim club. Both coaches said they are looking forward to returning to their Spartans teams.

"I am looking forward to another strong season with NPA," Fix said. "Like I said, that program keeps getting stronger from year to year."

Mike Hartman can be reached at mhartman@azdailysun.com.