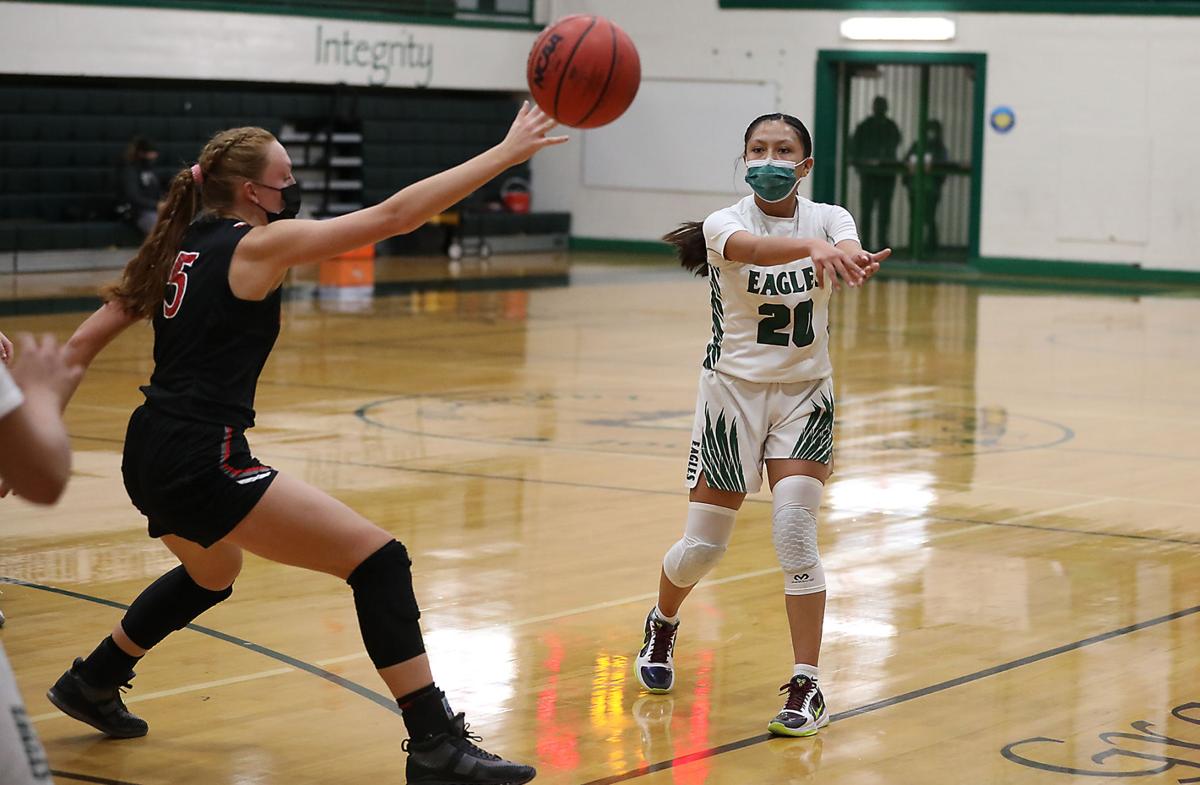 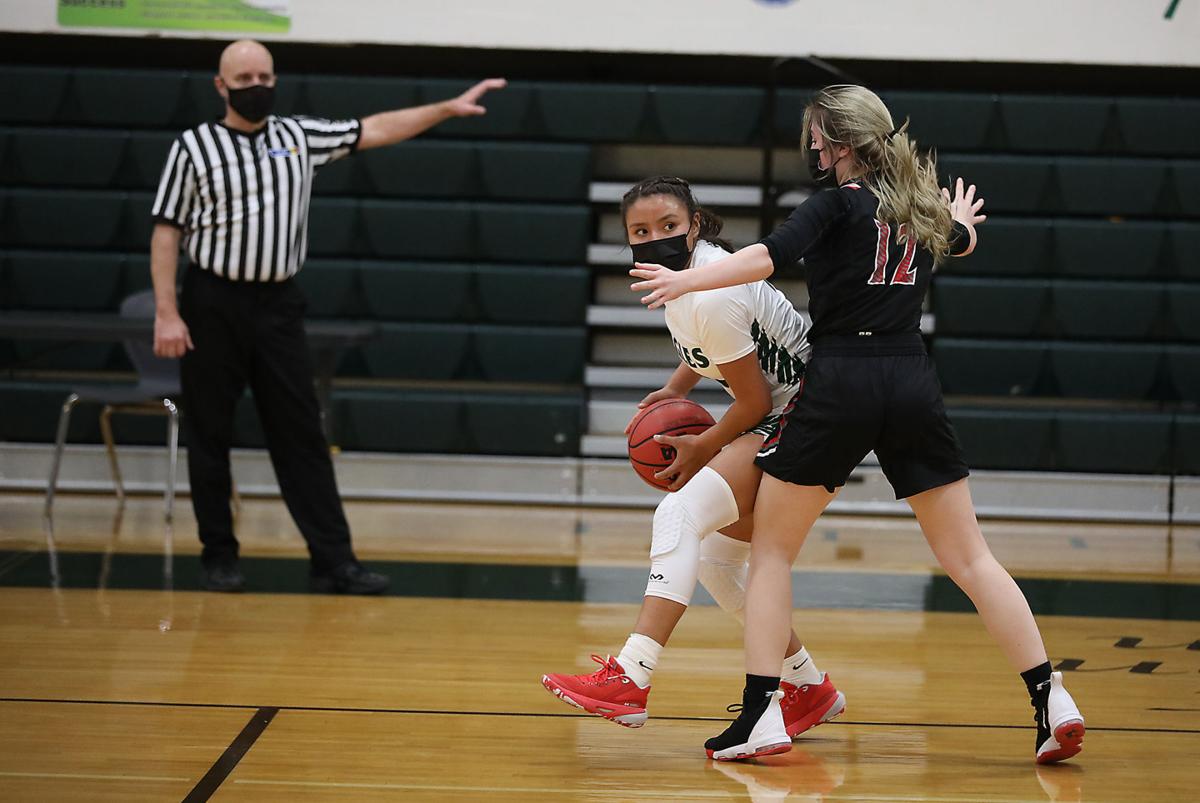 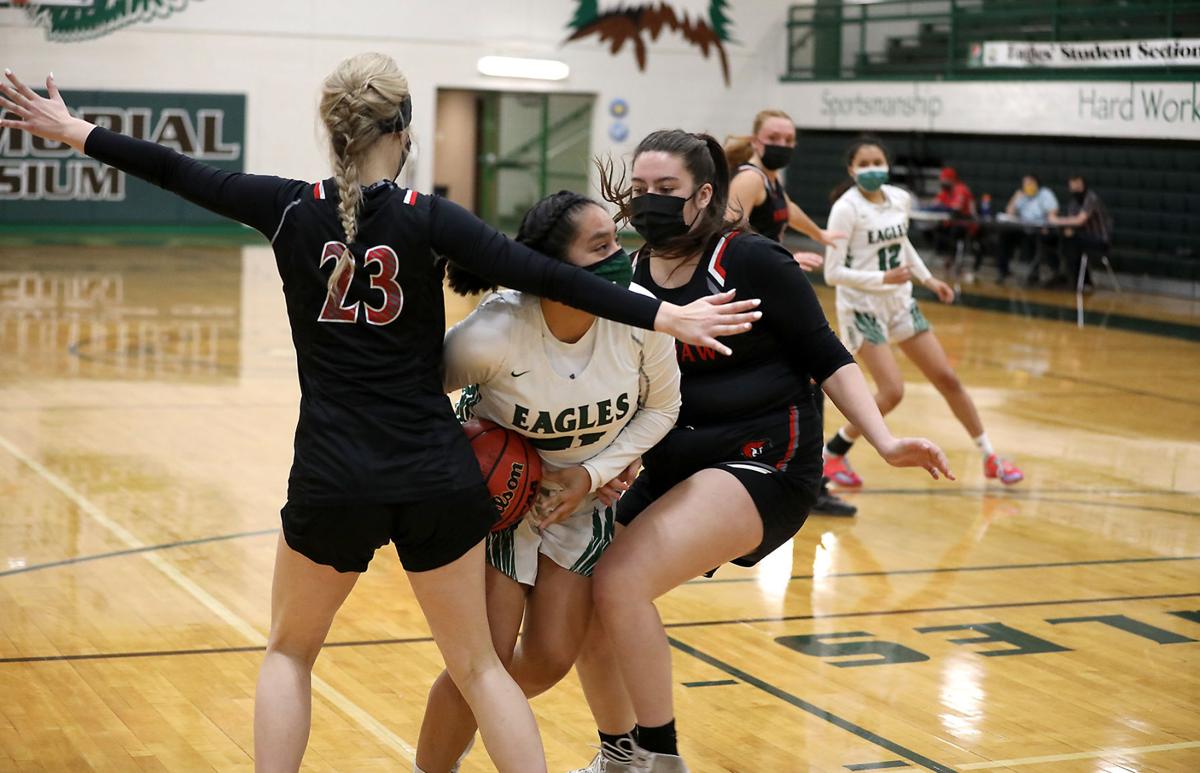 The Eagles are soaring high right now since their only loss of the season back in late January against Holbrook.

The fifth-ranked team in the 4A Conference have knocked down opponents one after another, with Tuesday night keeping that same theme. The Eagles won their 10th win in a row after a win over Bradshaw Mountain Tuesday, 70-61, at home. Even with some struggles in the third quarter, the Eagles rallied and held on to their lead to take the series sweep over their 4A Grand Canyon region rival.

The first half had the usual dominance one would expect out of a Flagstaff game, with the Eagles sticking to their gameplan of stingy defense and passing the ball around to get their shooters open and getting shots at the rim for easy layups.

Going into halftime, the Eagles were up 45-24 and were in control. However, the Bears would not allow themselves to go down quietly.

Bradshaw Mountain surged and got hot right when they needed to, fighting back and getting the lead down to single digits. It was a complete turn for the Eagles who came out into the third quarter lacking in the rebounding department and were not able to score as easily as they did in the first half.

Gracelyn Nez refused to let her team allow the big lead to slip. She turned it on in the fourth quarter, picking up four rebounds, two assists and a steal in the fourth alone. She ended her night as the leading scorer for the Eagles, scoring 24 points for her team.

“Gracelyn is such a talent,” Eagles head coach Tyrone Johnson said. “ ... We need her to play confidently on the offensive end and she does a lot for us as far as rebounding and defense. She’s still growing into her role as a leader on the team, so hopefully by the conclusion of this season she’ll be real confident in what she’s doing on the floor.”

As for the 10-game win streak, Johnson said it isn't something he really hangs on to much at all.

“It’s just something that we have to do. It's nothing that I necessarily look to take joy in, but the fact of the matter is we got to come out here and win games,” Johnson said. “I don’t even talk about a win streak or think about a win streak -- it’s just on to the next game and every game is important.”

With five games left in the regular season for the Eagles, they are starting to ramp up and start their preparation for the playoffs and are positioned well in the top five of the 4A Conference.

The Eagles, now 12-1 overall and 9-0 in the Grand Canyon region, will hit the floor again Thursday to take on No. 9 Deer Valley (11-1, 6-1 4A West Valley) for the Eagles' first game against a top-10-ranked team since the second Coconino game.

On Monday, the third-ranked team in the 4A got into a close one at Prescott. The Panthers escaped with a close win over the hosting Badgers behind 19 points by star guard Preston Olney.

Coconino got to 11-0 with the win and was supposed to travel to Shadow Mountain Tuesday, but the game was canceled. The cancellation did not have anything to do with the Coconino program.

The undefeated Panthers get a much-needed break ahead of a big Grand Canyon Region game against 13th-ranked Bradshaw Mountain (10-2, 8-0 4A Grand Canyon) Friday at 7 p.m. at Coconino High School.

Just when the team was rolling a bit, 4A Flagstaff ran into a good Bradshaw Mountain team that entered the day ranked 13th.

The Eagles fell in Prescott Valley as their three-game win streak came to an end Tuesday night. The Eagles failed to get any player in double digits as part of a rough scoring night. The hosting Bears started hot, scoring 27 in the first quarter while holding the Eagles to just 10.

From there, the Eagles couldn't cut the early deficit enough to get back in the game.

Josh Lenners and Max Fritsch each scored seven to lead the Eagles on offense. Unless the Eagles can rattle off some wins, the team's playoff hopes are looking bleak.

Well, it wasn't a loss. Coconino tied with Bradshaw Mountain at home. The Panthers' overall record is now 2-6-1 as the draw from the 4A Grand Canyon Region meeting snaps a two-match win streak. Coconino hosts 3A Page Saturday at 1 p.m.

Fourth-ranked Flagstaff shut out Grand Canyon Region opponent Lee Williams on Monday. Morgan Caslin finished with a hat trick in the opening half after scoring a minute in while Kate Bouck and Cici Garcia also found the back of the net in the win.

The match is Wednesday at 4 p.m. in the Valley.