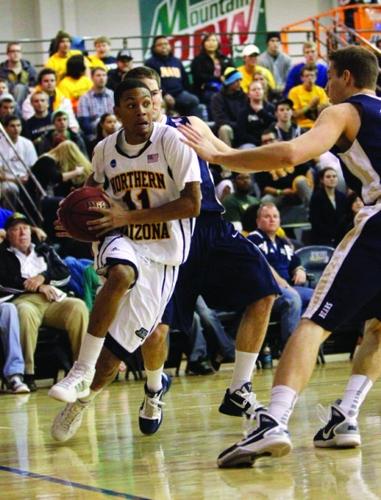 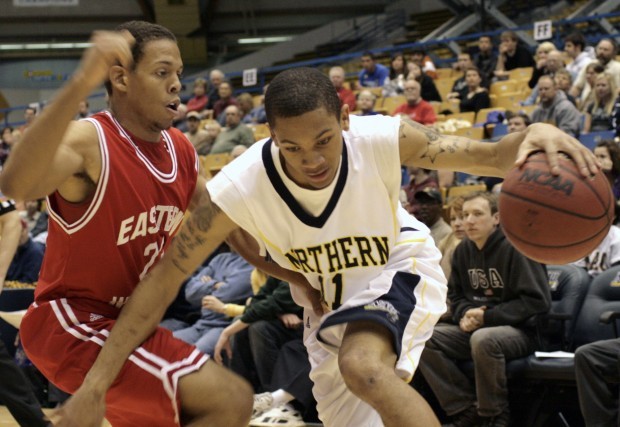 As if things weren't hectic enough to start off the basketball season, the Lumberjacks will be missing their returning leading scorer for at least the first two months of the season.

Junior guard Gabe Rogers, who averaged 13.1 points per game last season, had surgery Monday to repair a torn labrum in his right shoulder.

Rogers partially dislocated his shoulder after falling down a flight of stairs at home in late August and then fell hard on it during practice while going after a ball last Tuesday. The timetable for Rogers' return is anywhere from three to four months, but Rogers said his goal is to play by the start of the Big Sky Conference schedule at the end of December. In the meantime, he will help coach on the sideline and rehab the injury.

"I just have to look at this as a positive," he said. "It allows the new guys to get in and speed it up quicker."

If there's a silver lining to the situation, it will allow some of the seven newcomers to get Roger's minutes in games, along with more practice time with the starters. But, perhaps more importantly, it came before the season started and there is more time to adjust to his absence.

"If it happens into the season and now we have to figure out how to play without Gabe, it's going to take us a while," Adras said.

Still, it's a striking blow for a team that has to find a way to replace five seniors, including NAU's all-time career leading scorer in Cameron Jones. Rogers was the fifth-best 3-point shooter in the NCAA last year, percentage-wise, by making 46.8 percent of his long-range shots.

"It's the toughest thing that could have happened to us all year," junior point guard Stallon Saldivar said of the injury.

Now the Jacks have to figure out how to play without Rogers and adjust to all the new faces. There are three freshmen and four transfers, and they are likely candidates to see playing time -- if they prove they can keep up. The first official team practice starts Friday -- the Jacks have had limited practice time so far -- and that's when Adras and the veterans will really be able to see what the squad looks like.

"All the new guys kind of got an introduction to what practice is like (on Tuesday), what drills we go through," senior forward Durrell Norman said. "They were like, 'Man, I don't know how I'm going to make it through this. This is killer.' It will definitely be interesting to see how they go along and they progress in doing the things that we do."

These four weeks of practice before the Jacks' season opener on Nov. 11 against Louisiana-Lafayette at the Hilltop Challenge in San Francisco will certainly be a good gauge of what NAU needs to work on.

"You go from two hours a week to four hours the first night," Adras said. "There's going to be a lot more basketball this coming weekend than they've had in the first five weeks.

"The first two weeks, they were overwhelmed. Now they've settled down into, 'OK, this is kind of the routine that we're in.' Starting Friday, we're about to change that whole routine with them," Adras added. "We're going to go right back into the overwhelmed stage to 'Where do we see some light at the end of the tunnel?'"

Still, Adras and the returning Jacks have been impressed with the newcomers so far. Freshman guard James Douglas was a name on everybody's lips as the standout newcomer thus far.

"That's the one guy probably sticking out more than others," Adras said.

The others, including transfer forwards Ephraim Ekanem and Max Jacobsen and freshmen guards Danny Cheek and Colin Gruber have also had their moments. Regardless of their relative inexperience, it's a new beginning for the Jacks.

"We have a lot of growing pains to go through," Adras said. "It's not ideal, obviously, but it's exciting."