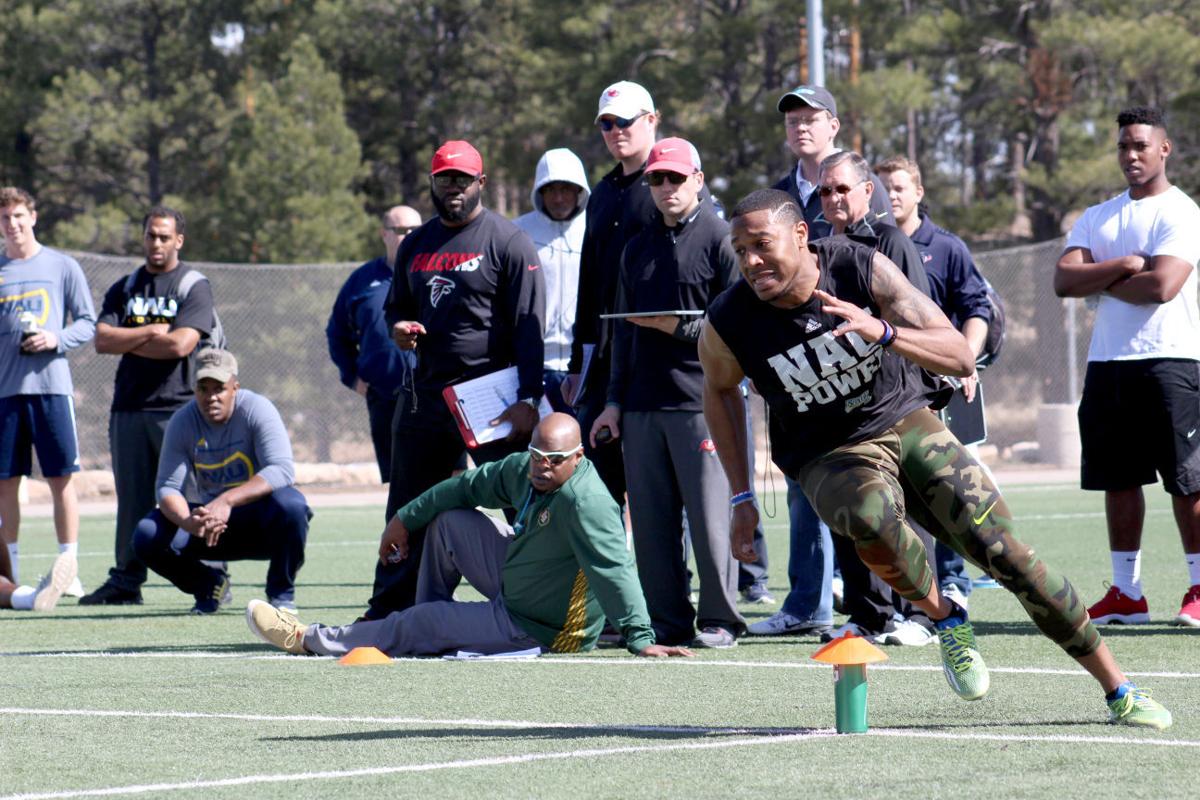 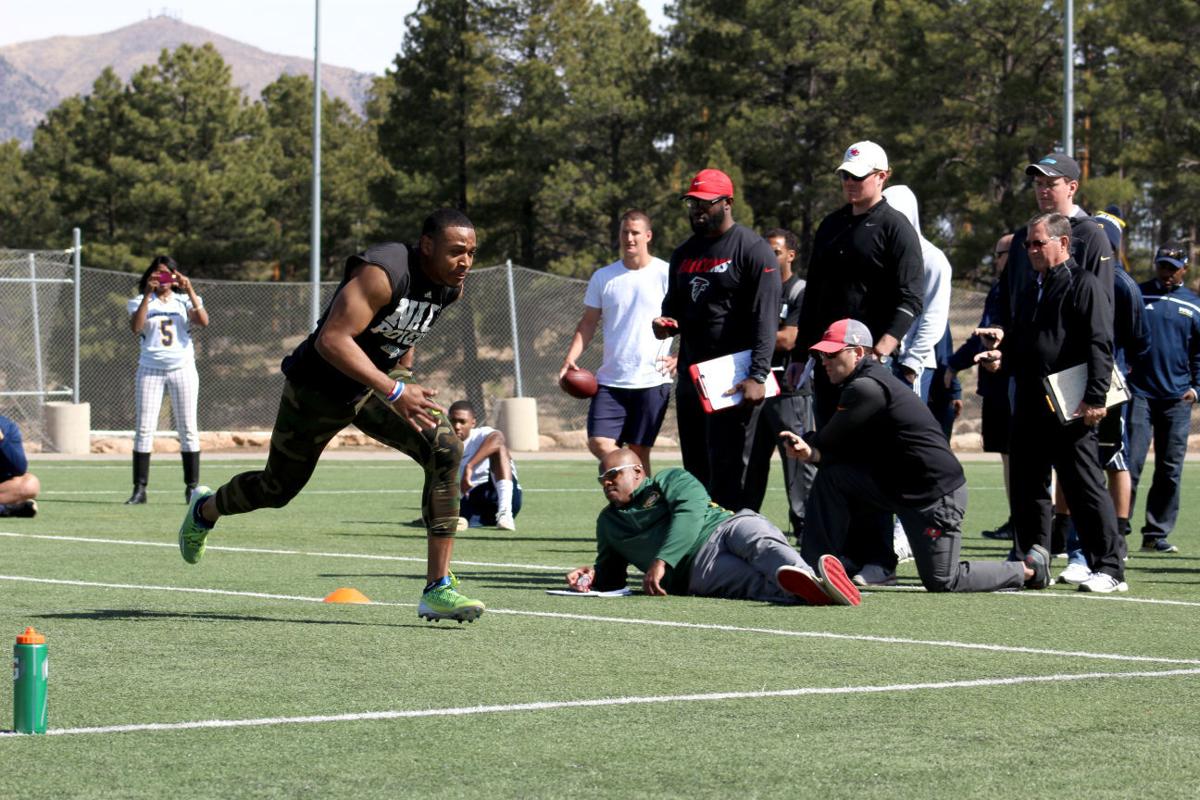 While some of their standouts were limited in their participation, the Northern Arizona Lumberjacks held their pro day on campus Thursday.

More than 10 NFL teams attended the workouts, including the Super Bowl 50 participants Carolina Panthers and Denver Broncos, as well as the Atlanta Falcons, Arizona Cardinals and Chicago Bears, who have signed Lumberjacks in past seasons.

All three players bench pressed during the pro day, with Alford, Butier and Rickert coming in at 14, 20 and 27 reps respectively. Rickert’s total would have been second among tight ends at last week’s NFL combine. Alford also recorded a 37-inch vertical jump.

However, Northern Arizona’s standout for the day was kicker and punter Ryan Hawkins. Hitting nine of his 12 field goal attempts, Hawkins connected from as long as 60 yards and also recorded a 69-yard punt.

The Big Sky’s first-team selection at both positions this past season, the senior impressed with his ability in both roles, as well as his kickoff ability. Hawkins led the FCS with 46.3 yards per punt, the only player to handle both kicking jobs and reside inside the top 12 in punting average.

While Hawkins has the advantage of kicking at elevation in Flagstaff, he would have still finished fourth in the nation in punt average when counting only his road average of 45.1 yards per punt.

Hawkins also finished second in the nation in field goal percentage, hitting 91.7 percent this past season. No other kicker among the top 20 in the FCS finished with a field goal percentage over 77 percent and punted as often or as successfully as Hawkins did over the course of the season. He also hit all 57 of his extra points during the year.

Also on the field for Northern Arizona were receiver Dejzon Walker and safeties Eddie Horn and Darius Lewis. Walker finished the season as an honorable mention in the Big Sky, and Horn was a second-team selection.

Walker ran a 4.5 in the 40-yard dash and Lewis jumped 41 inches in the vertical — which would have been among the top of the leaderboard among defensive backs at the combine.

Burrow keeps going down, but Bengals keep moving on

CINCINNATI (AP) — Joe Burrow took another beating against the top-seeded Tennessee Titans in the divisional round of the playoffs on Saturday.

Waking up Sunday morning in Chicago to five inches of snow and Dick Butkus trolling Aaron Rodgers was a beautiful thing.

To the naked eye, the 2011 Washington Football Team was a wholly unremarkable collection of talent that stumbled to a forgettable 5-11 record and last-place finish in the NFC East.

Aaron Rodgers seemed tired and uninterested, almost as if working overtime to spread fake science and conspiracy theories was more important to him than getting the Green Bay Packers to the Super Bowl.

BALTIMORE (AP) — Anthony Levine announced his retirement Wednesday after a decade with the Baltimore Ravens.

Saints' Sean Payton steps down as coach after 16 years

NEW ORLEANS (AP) — Before Sean Payton took his first head coaching job in New Orleans in 2006, the Saints had a grand total of one playoff victory since their founding in 1967.

Rams on brink of Super Bowl despite struggling to close wins

TAMPA, Fla. (AP) — Tampa Bay running back Leonard Fournette has been activated from injured reserve and will play in Sunday’s NFC divisional playoff game against the Los Angeles Rams.