Despite all the hurdles, CFP title game has arrived with No. 1 Alabama taking on No. 3 OSU in Miami
0 comments
Share this
{{featured_button_text}}
David Furones South Florida Sun Sentinel

There was a point in August where having a season appeared to be greatly at risk, let alone reaching the College Football Playoff national championship game.

Despite several conferences like the Big Ten and PAC-12 originally deciding to cancel their fall seasons before reconsidering and starting in October while others began in September, and countless postponements and cancellations due to COVID-19 along the way, college football made it to its final game.

“I know this has been a challenging year for all teams in college football,” said Alabama coach Nick Saban, who returns to the site where he coached the Miami Dolphins in 2005 and 2006 as he looks to win his seventh college championship, and sixth with the Crimson Tide,

“I think there’s a lot of folks out there that we need to thank for making the season be what it is. I think it’s been helpful to the players and the opportunity that they have to compete and play, create value for themselves, as well as a lot of fans who have great interest in college football.”

For the Buckeyes, they were in the thick of the question marks surrounding the season. Between the delayed start in the Big Ten and cancellations over coronavirus concerns, they only played five regular-season games. The conference had to tweak a minimum-games-played rule it made for the 2020 season just to get them into the Big Ten title game. Handling Northwestern there and then upsetting No. 2 Clemson on Jan. 1, Ohio State finds itself playing for its first championship since 2014.

“It just kind of emphasizes the point of just how chaotic this past three, four, five months have been,” said OSU coach Ryan Day. “Some days you woke up, you didn’t know which direction you were going in.”

But don’t expect the Buckeyes to be satisfied with merely reaching the final game.

“No one ever talks about getting to the national championship. They talk about winning the national championship,” said Day, as his Ohio State team is an 8-point underdog. “Ultimately, this is the final goal. That’s what all the focus is on right now. … You take the next couple weeks and reflect on the season. Now is not the time for that. Now, it’s all about playing in this game, playing well, because that’s what matters.”

It’s a matchup of two of the most prolific offenses in college football. The Crimson Tide — with Heisman Trophy-winning wide receiver DeVonta Smith and top-five Heisman finishers in quarterback Mac Jones and running back Najee Harris — have averaged 48.2 points per game and 535 yards of total offense going into Monday.

Jones has completed 77 percent of passes for 4,036 yards, 36 touchdowns and four interceptions. Smith, who will be going up against OSU cornerback Shaun Wade, caught 105 passes for 1,641 yards and 20 touchdowns. Harris has 1,387 rushing yards and 24 touchdowns.

Ohio State quarterback Justin Fields played through a shot to the ribs in the semifinal victory over Clemson that had him visibly hobbled and still threw for 385 yards and six touchdowns. He has insisted this past week that he’ll “be good” for Monday, as Day has similarly stated.

“Justin has had a good week of practice,” Day said. “He’s done a really good job preparing, and I think that’s the thing that he felt like he did a good job going into last game, was just preparing at a high level. And he’s continued to do that this week.”

Buckeyes running back Trey Sermon is having an Ezekiel Elliott-esque postseason with shades of the now-Dallas Cowboys back’s eye-popping performances last time OSU won it all, topping Alabama and Oregon in the first CFP to conclude the 2014 season. Sermon went for 331 yards and two touchdowns in the Big Ten Championship against Northwestern with 193 rushing yards and another score against Clemson.

Alabama could get a major boost if star wideout Jaylen Waddle can play for the first time since Oct. 24 when he fractured his ankle against Tennessee and complement Smith.

“He has been able to practice to some degree,” Saban said. “I think the biggest challenge is can he sustain in the game, and it’ll be a game-time decision as to whether he thinks he can play and go out there and do his job well enough to contribute to the team. We won’t know that until we get out there after pregame warmup.”

Could a title-game win in Miami also lead to continued success in recruiting South Florida for Alabama or a renewed presence in the area for Ohio State, which has had its share of area prospects in recent memory but none on the current roster?

“Certainly, playing in a game like this allows you to be sort of the center of attention for at least this week of the game and maybe beyond,” Saban said. “All those things are probably positives when it comes to recruiting.”

Alabama vs. Ohio State: The latest news and scores from the National Championship game 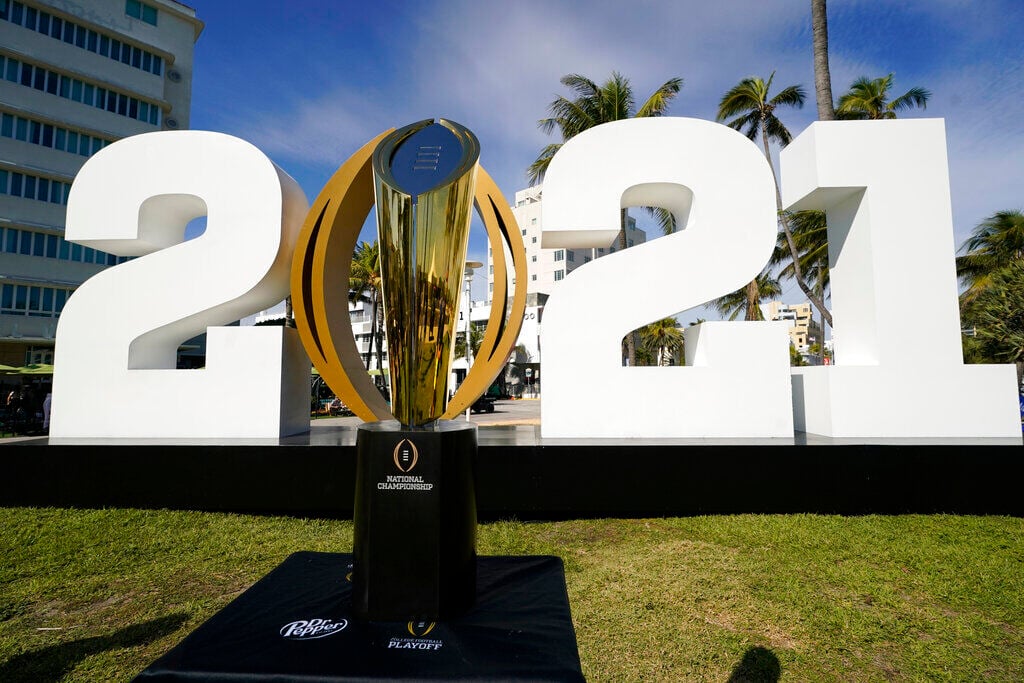 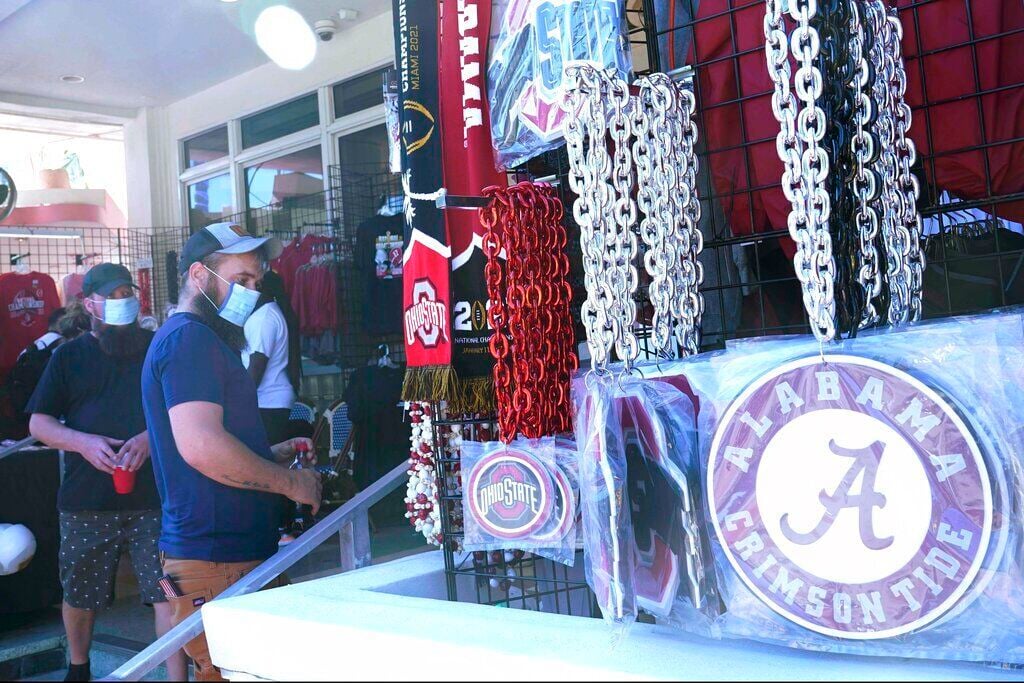 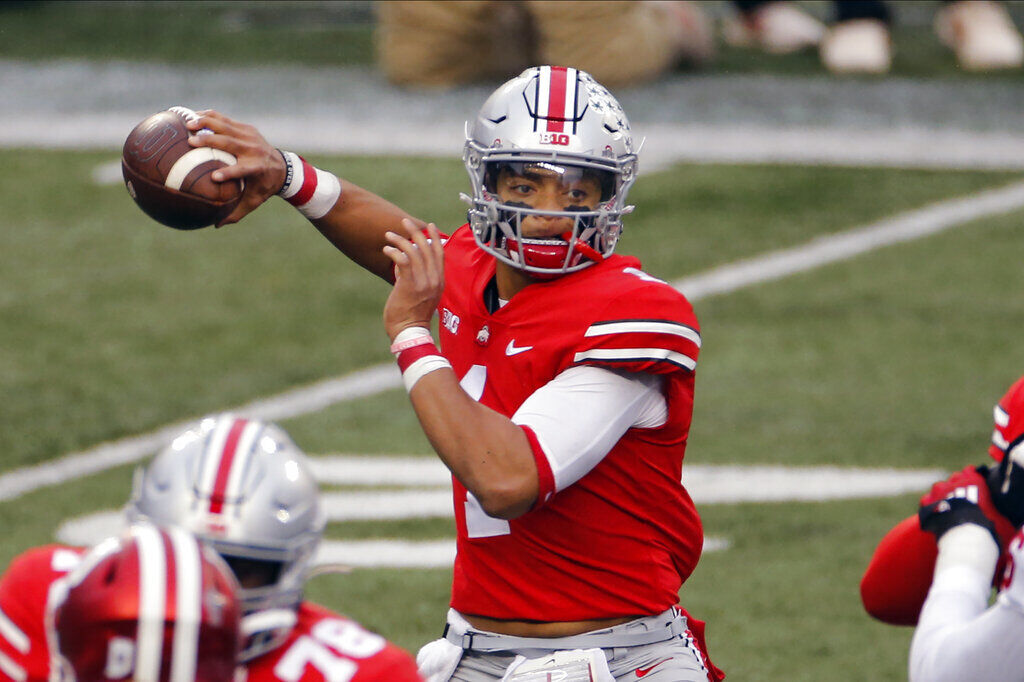 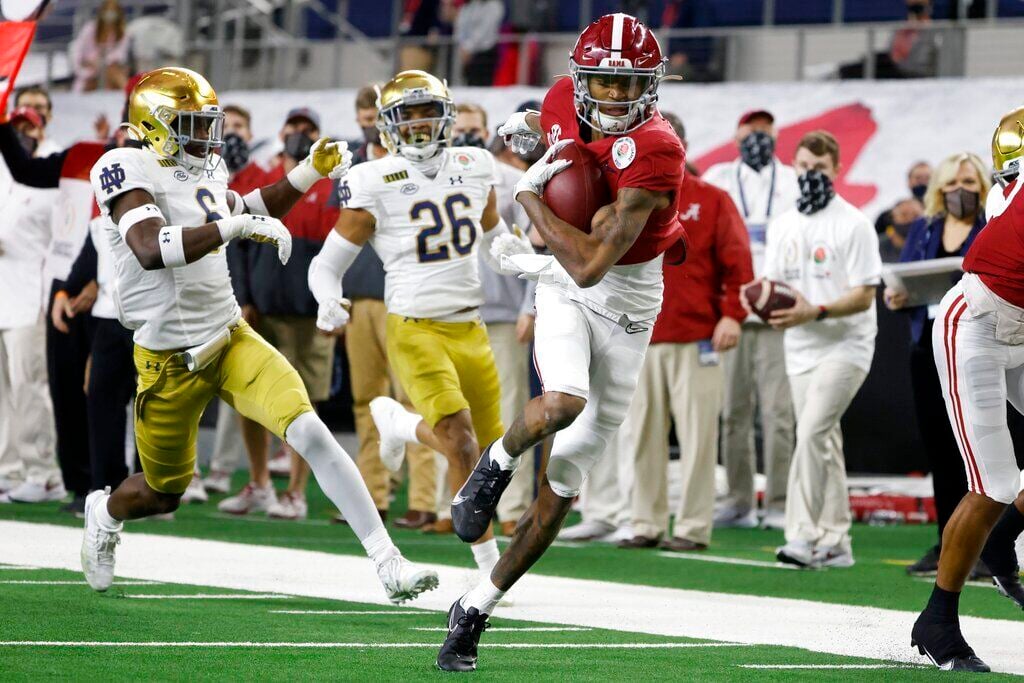