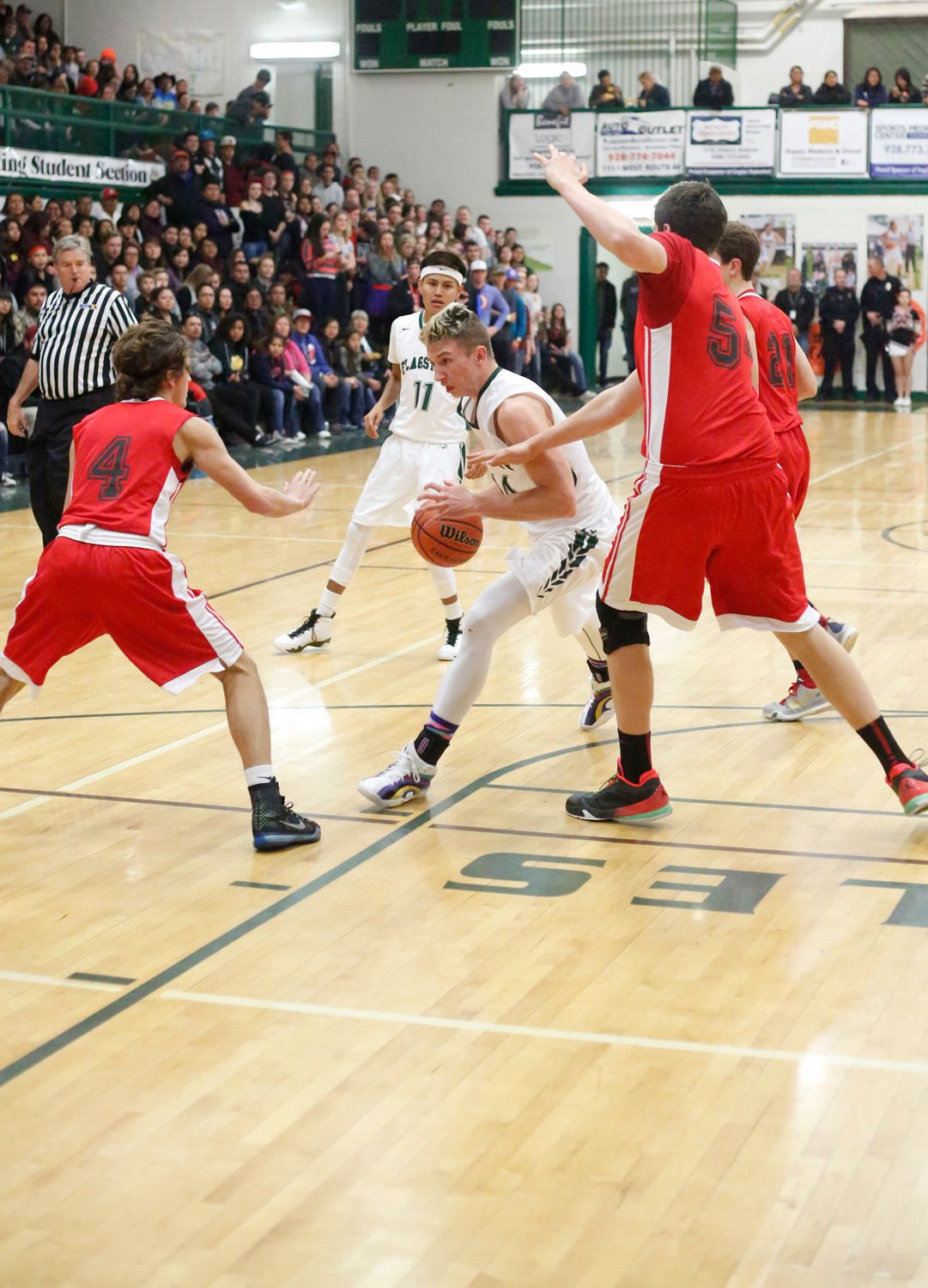 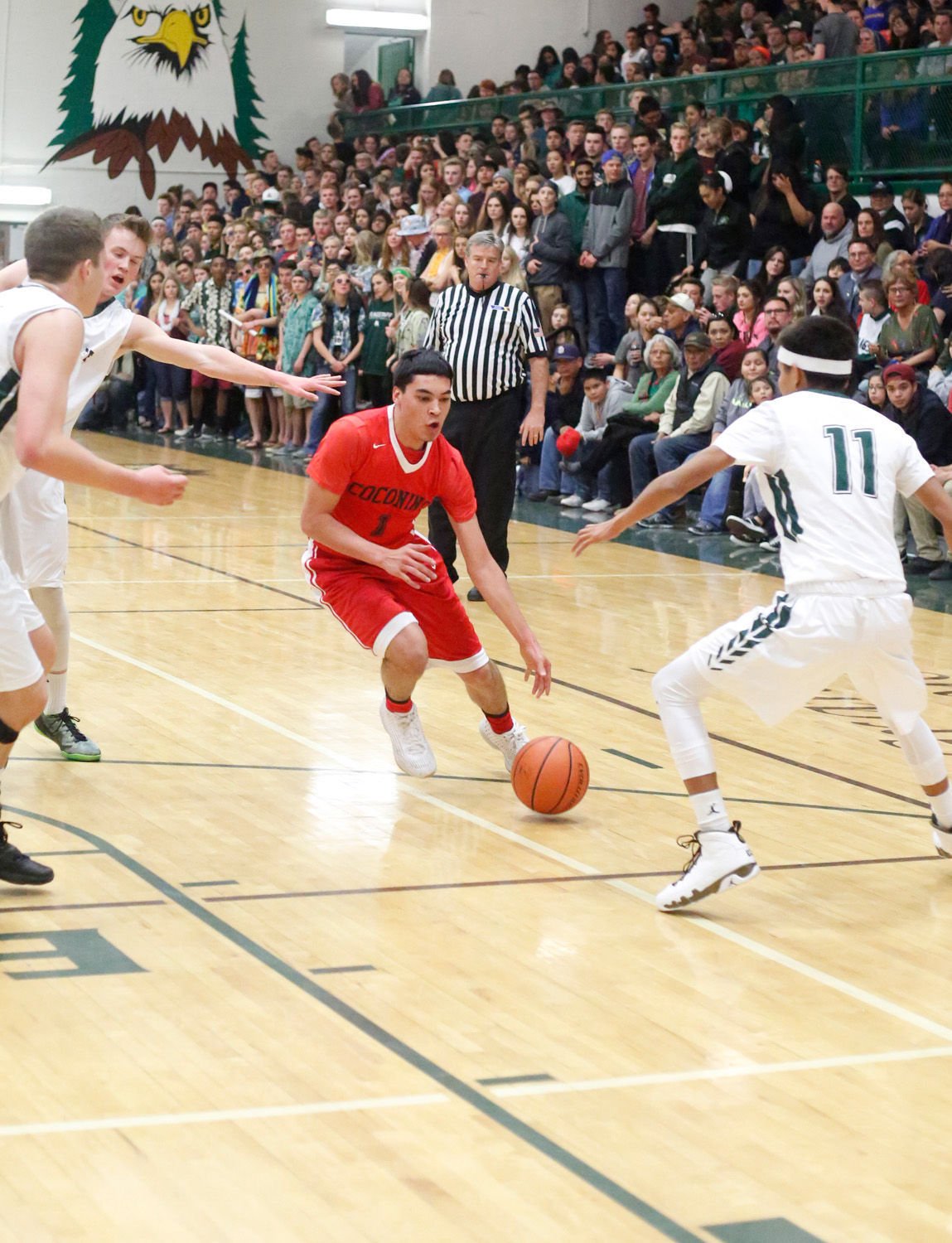 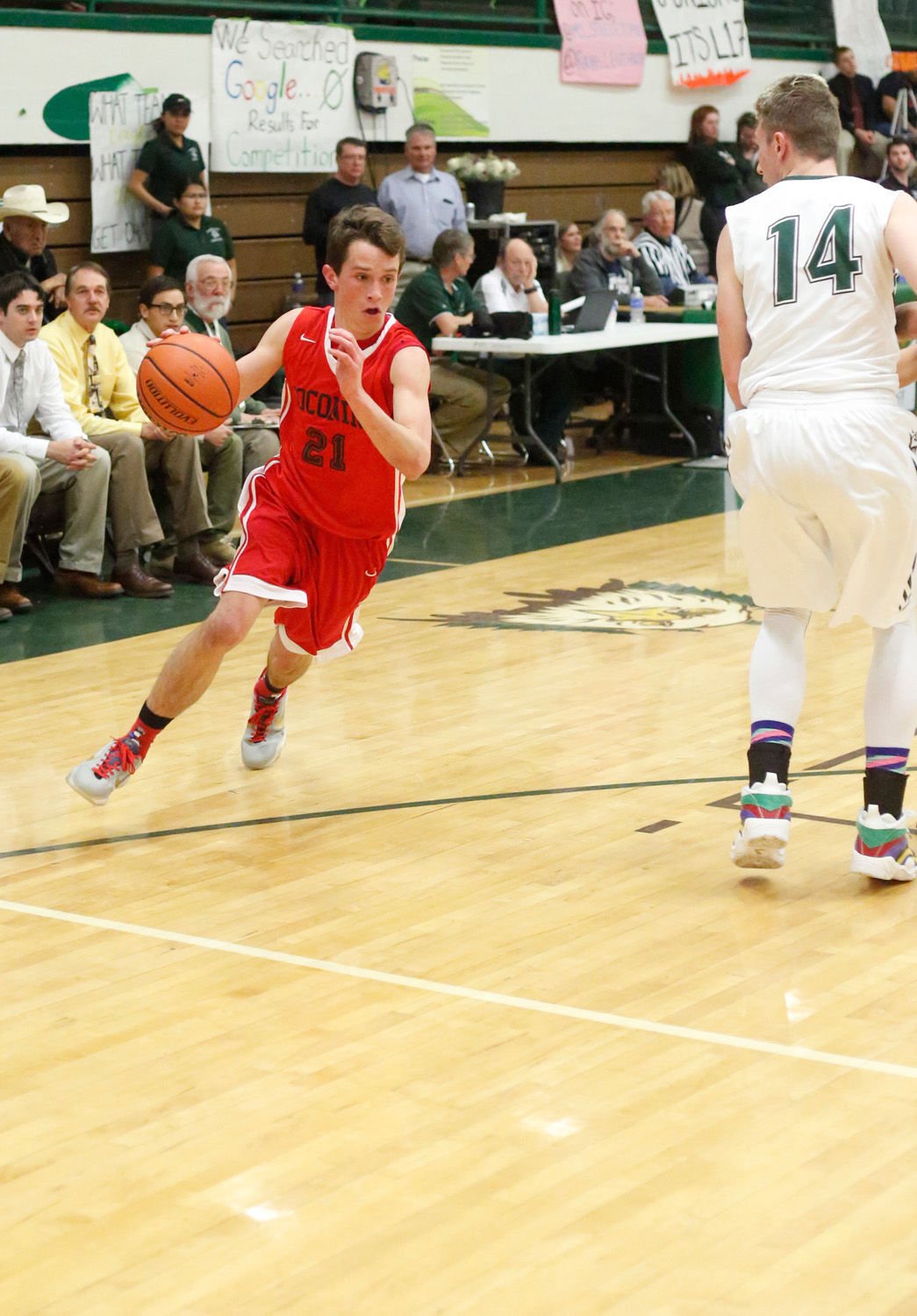 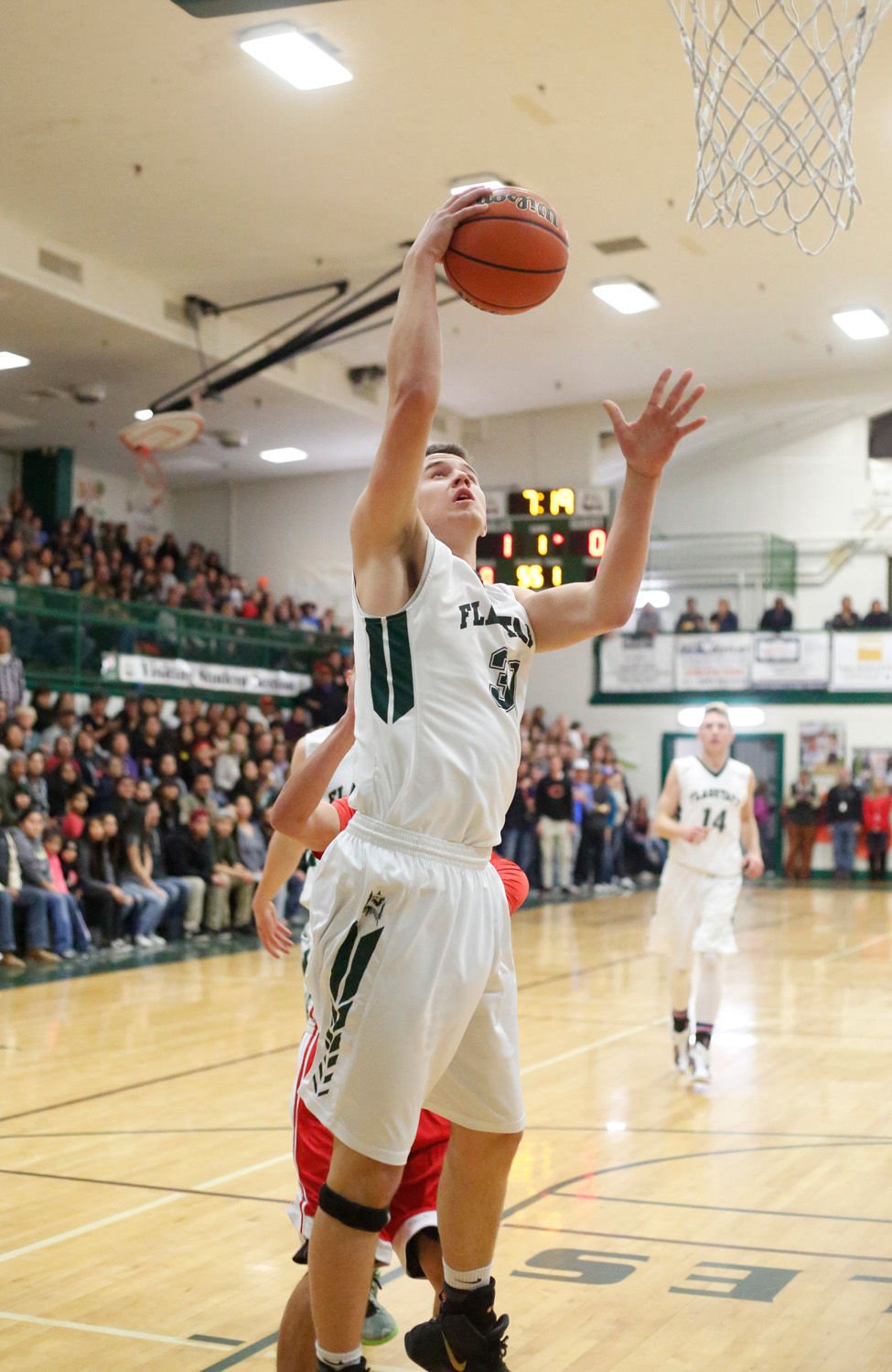 Combining for 30 first-half fouls and 37 second-quarter free throws, Friday’s rivalry rematch between the Coconino Panthers and the Flagstaff Eagles lacked a similar energy to their first matchup.

With Vinny Figueroa out for No. 56 Coconino with an ankle injury, the Panthers' offense couldn’t match the production from last week’s game and No. 10 Flagstaff came away with a 76-41 victory. The win sends the Eagles to the Division II, Section Two tournament as the second seed, avoiding a trip to the Valley on Wednesday thanks to a first-round bye.

Flagstaff jumped ahead early on, taking an 11-2 lead to start the game after Kaleb Sandoval connected on a 3-pointer. Nate Anderson put in his second basket of the quarter for Coconino to end the 8-0 run, but Flagstaff answered with a 16-0 run that carried into the second quarter.

After Austin Brain put in a basket following a series of offensive rebounds for Flagstaff, the free-throw shooting barrage began. Only seven field goals were made by the two schools in the second quarter, four by the Eagles and three by the Panthers, while they combined to go 25 of 37 from the line.

“There is a lot of things we can always improve on,” said Eagles head coach James Kirk. “Not fouling so much. At half it is 20 points and 10 of those came from the free-throw line. We are fouling too much, so we have got to quit reaching.”

Flagstaff entered the break with a 45-20 lead thanks to contributions from 10 different players. The Eagles split playing time heavily across the entire roster, with 12 players scoring in the game and six finishing with at least seven points.

For Coconino, the first half failed to match a strong push in its first meeting with Flagstaff, but did welcome the return of James Hampshire to the lineup. The towering senior helped alter Flagstaff’s inside attack, forcing the Eagles to rely on a trio of 3-pointers to reach their 22 first-quarter points.

Hampshire finished the game with just four points, but grabbed 10 rebounds for the Panthers.

“We would have liked to have him all year long, but we didn’t have him,” said Panthers head coach Kelley Smith. “Contesting shots is the big thing with him, that’s really where he could have helped us a lot this year. We started really strong against Bradshaw early this year when we had him and he changed a million shots there.”

In Figueroa’s absence, Nate Anderson led the Panthers with nine points while Luke Nelson came up with seven and Tristan Wilson contributed five.

Wilson put in back-to-back baskets to start the third quarter for Coconino and Josh Harmon followed with a jumper to cut Flagstaff’s lead to 45-26.

However, the Eagles answered back with their own 6-0 run late in the quarter after Kaleb Hagerman scored back-to-back baskets and Will Aldridge followed with a layup. Flagstaff entered the fourth with a similar sized lead to when it entered and closed out the game in the fourth quarter by raising it over 30.

Aldridge ended up leading Flagstaff with 12 points, all in the second half, while George Faull finished with 10, Hagerman added nine and Sandoval put up eight, all in the first half.

Flagstaff wraps up the regular season with a nonsection game against No. 28 Trevor G. Browne today at 3 p.m.

ORLANDO, Fla. - The NBA bubble continues to be a success. None of the 343 players who were tested for COVID-19 on the Disney World campus since results were last announced on July 29 have returned confirmed positives, the league and National Basketball Players Association announced Wednesday. There were also no positive tests from July 29 or July 30. That came after the league and players ...