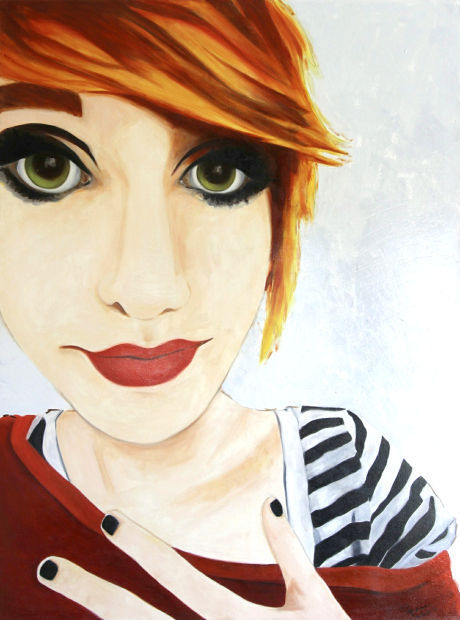 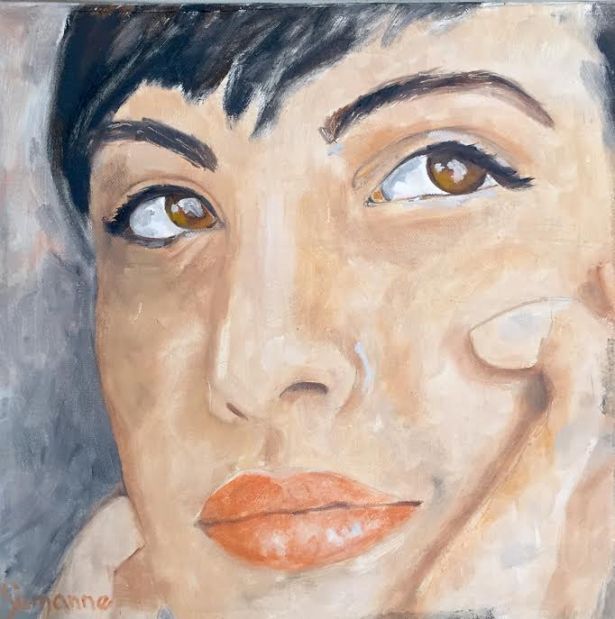 We are entering the beating heart of the decade; the middle of the 2010s. As the calendar flips forward, it is often thought of as a time for reflection. A time for altering perspectives to adhere to new ideals formed in looking back at what the last 365 days have taught us. Flag artists do the same, and translate these concepts through their work. Two artists stand out for these reasons, and we hope they will for you, too, during the first First Friday ArtWalk of 2015. Dress warm!

Sharp angles and meticulously drawn lines crisscross Chelsea Kavanagh’s 18-inch by 24-inch paper. The lines are solid, nearly uniform and connect to form steep slopes and crevices of some of the most famous rock formations in the West. With an eye for facets, she traces landscapes from the bottom of the Grand Canyon to the monolithic spires of the Teton Range in Wyoming.

Kavanagh studied photography at NAU and used to focus on painting. Now she is trying something new, an artform with endless potential. She observes angular mountain shapes and finds with paint and other soft mediums that it’s difficult to show a hard, structured surface.

“The rocks down in the Grand Canyon, they have those amazing striations and I think that’s kind of why I like doing the line work more,” Kavanagh says. “Not that it’s realistic, but it gives the impression it’s harder than it is. It’s kind of a play on nature.”

This new venture all started with a tattoo. Kavanagh wears a lined drawing of the San Francisco Peaks’ south face on her arm, and naturally, she wanted her other arm to show the opposite north side. She says a friend really liked the work, and asked her to apply the concept to the Tetons—and she kept going, honing and exploring the lines through each piece.

She has been told her work resembles computer-generated vector-based art, but she draws most lines freehand and fills in the larger triangles with a ruler. She says it’s natural to translate the images in her mind to paper, not that she sees in lines, but facets.

For perspective, she’ll adjust the sizes of triangles to give each formation depth and distance, capturing the wabi-sabi essence of nature.

“I like to freehand and make it so it’s not so uniform in the inside, so it is more natural,” she says. “It’s not as restrictive and it’s obviously made by a human. If I could draw straight lines I would totally freehand the whole thing, but I have a feeling I’d go through a lot of paper.”

Kavanagh captures water and sky in negative space between the bisecting, sharp corners of each mountain, like the Colorado River flowing through the Grand Canyon. She plans to expand this concept and use her drawings as overlay on an actual photograph of river and sky.

Kavanagh says she wants to explore plants, animals or maybe a skyline series. She understands people enjoy her landscape work because it seems familiar to Southwest desert dwellers, but she plans to shift viewers out of their comfort zone—and her own, too.

The walls of Suzanne Doucette-Stebila’s cozy studio in the Aspen Lofts are lined with vibrant paintings of beautiful women. Though some of them are twisted in uncomfortable positions like a backbend or something like a lotus pose, they all exude an air of tranquility. The artist says this could be because these women are all friends or family.

Though these women are most likely as gorgeous in real life as they are in oil on canvas, Doucette-Stebila says they all have something about themselves they don’t like.

In one painting, a girl with bright red hair and piercing green eyes smiles shyly. Her name is Masey, and at times in her life, would be made fun of for her thin body type.

A dark-haired beauty named Jessie is the subject of another. The painting’s title, Strong Woman II, accurately captures the emotions of her pose. Yet Doucette-Stebila says “she always thought she wasn’t attractive, but she’s incredibly intelligent and obviously she’s attractive.”

“I love all these young women. I just want to squeeze them because they’re so juicy,” she continues with a laugh. “I’ll pose them and they’ll always feel so uncomfortable. They’re like, ‘I don’t know’. I just say, ‘Trust me, trust me, trust me.’ It always comes out great and it gives them so much self-esteem to know that someone sees them different from how they see themselves.”

Doucette-Stebila appreciates beautiful women or older people and finds inspiration and freedom in off-centered characters both in personality and pose. The different angles and expressions the women portray capture perspective—the subject of her latest series.

“I love to put figures in a small space,” she says. “Like a 5-foot 8-inch girl in a square or two people in a long vertical.”

The results are not exaggerated. Though Masey’s eyes are vibrant and huge, it’s easy to imagine her real-life gaze is not entirely dissimilar.

“I like everything to be off-centered or weird, otherwise, to me, it’s just too boring to paint,” Doucette-Stebila says as she recalls her years in art school. “I remember having to paint a clear vase or the most boring dead flowers, and I thought, I will never do that again. I love color and motion and action and expression.”

For these reasons, her work is always changing. She says her next series could be ripped from the pages of her old drawing journals as sometimes it takes years, even, for an idea to form in paint. Still, she plans to stick with the theme of perspective, maybe capturing different people in the same composition. And though it’s not entirely formed in her head yet, there will be a message for the viewer to take away.