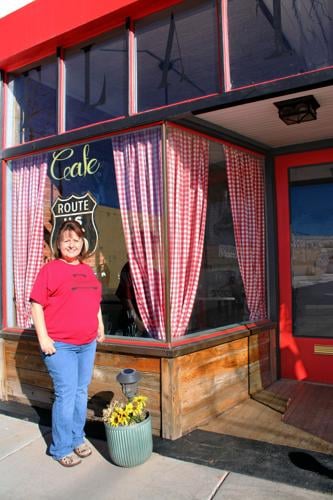 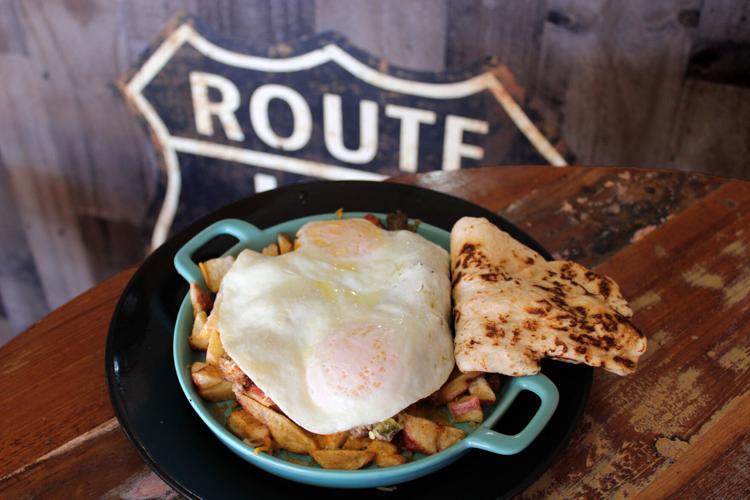 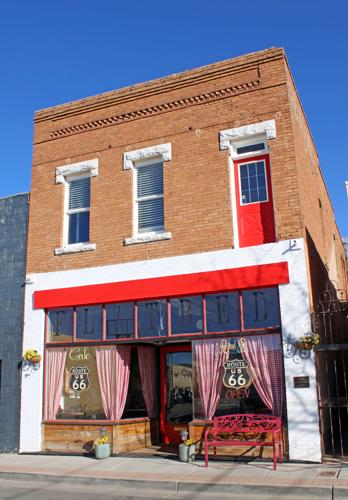 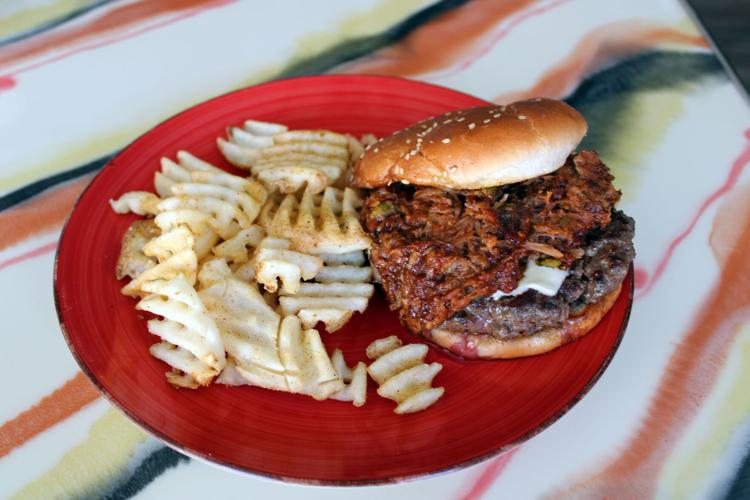 When Route 66 vanished from road atlases, it was the second blow to small towns like Winslow. Its heyday sparked in the 1880s as a railroad town, but by 1960, engines stopped rolling down the rails. Then, the completion of Interstate Highway 40 in 1977 also sidelined communities, threatening livelihoods. Could an idea and action put that famous road and its historic towns back on the map?

The Mother Road had sidled past pine forests, volcanoes, painted deserts and more as it crossed Arizona, and in 1985, a guardian angel began to organize towns to invite folks to visit. Angel Delgadillo, a barber, is credited with reviving the spirit and nostalgia of road trips and Americana to Route 66. Still, it took dedicated groups in these small towns to clean up and restore their main streets.

Then in 1972, the Eagles sang about “standing on a corner in Winslow, Arizona” and a flatbed Ford. It was a throwaway line from Take it Easy, but it became an invitation to the town. Build on it.

That’s exactly what Sonia and husband Gary Ybarra did alongside her father Ray and his wife Kelli Martinez. Before Sonia retired from her career in healthcare, she began part-time work on Main Street as a distraction while Gary was away on construction jobs. The bustle of tourists surprised her, and the state of buildings on cross streets in the historic center bothered her.

She thought, “Maybe, I’ll open a little café down there some day…”

When the building became available, the thought became action. They could create a bed and breakfast above to provide income to renovate the downstairs. In the fall of 2019, the Flatbed Ford B & B opened, inviting guests to “sleep on the corner.” Then, a year of hard work began below. Both families, including children, and an uncle in the plumbing business, gutted the place and refaced it.

“It’s been a labor of love and a good bonding thing with my father. Always far away on business, I’ve seen more of him in the past year than in the past 50,” Sonia joked.

The building has its own story, of course. Built in 1908, proprietor J. W. Marley ran the City Meat Market with choice steaks selling for 25 cents per pound. The Bow family from China ran it as a grocery until 1976 and raised five children. The apartment provided rent, operated as a medical clinic and the Union Fuel and Transfer Office.

Flatbed Ford Café straightened its red-checked curtains and opened its doors in August 2021. Route 66 signs and memorabilia punctuate the place, plus hand-glazed tables and wood rescued from fencing on Martinez’s property.

“I wanted a nice restaurant, where everyone can come in, eat, drink coffee, be happy and feel at home,” Sonia said. “I wanted to accommodate the local community, win them over. Tourists are a benefit.”

She offers reward programs for Winslow residents, who make up the bulk of business. Still, the café is within sight of the main road with a sign pointing down Kinsley Avenue.

Breakfast is served all day, and southwest style is evident.

“I tried not to do Mexican food and only had two of those items on the menu at first, but everyone kept asking for huevos rancheros and so on,” Sonia said.

There is a good balance of comfort foods, like meatloaf, pork chops and chicken-fried steak. The chicken is hand-breaded and served with country gravy and a choice of mashed potato, baked potato or waffle fries, plus mixed veggies, side salad and a roll.

The farmhouse burger is a half-pound, hand-pressed patty, slathered with zesty, pulled pork and cheese with a side of seasoned waffle fries and pickle. It’s massive, meaty and down-home good.

The four-taco plate borrows grandmother’s design, tucking in half a beef patty scattered with the usual veg and fresh salsa in the shell.

Baked goods, like scones and cinnamon rolls, sell out daily. The selection has grown with the upstairs bakery as a retail shop and prep sight. Pies, brownies, sugar cookies and more are based on family recipes and quickly become customer favorites.

The back courtyard has expanded the space with games, like cornhole, plus misters, fans and heaters for year-round enjoyment.

Sonia grew up in Winslow, playing softball and dipping into Clear Creek. Her children did the same, as did her grandparents. Things have changed, but they haven’t. Ladies eat breakfast together every Friday, and a group of fellows meets for coffee regularly. When a railroad man recently stopped in for a meal, he reconnected with Sonia after decades.

“That’s how I pictured it. People pull together here. Our goal is to spread kindness, give hope and make a little money along the way,” she said.

So, take it easy in Winslow. Stand on the corner for a treasured photo op, and then, sidle over to Flatbed Ford Café and make some new old friends.