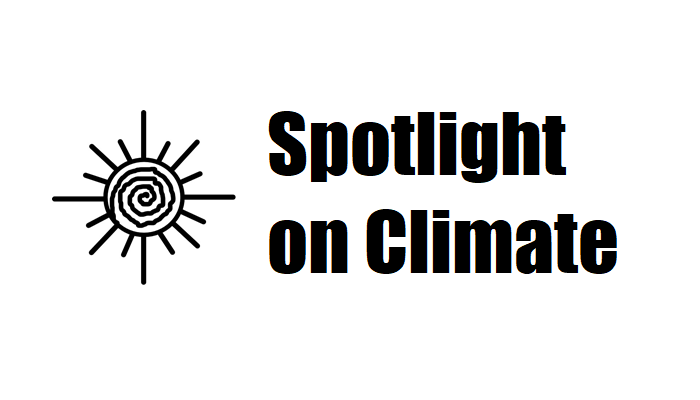 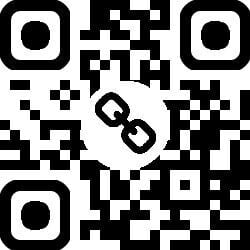 VIEW: To read more Spotlight on Climate columns, point your smartphone camera at the QR code and tap the link.

One thing on everyone’s mind these days is how current climate change will affect our society. Here in northern Arizona and the Four Corners Region, we have a detailed history of how climate changes have affected peoples of the past. How were people affected and how did they respond?

As a professor of Environmental History, I have a strong interest in how the past can help us address the environmental challenges of today and to prepare for tomorrow. What do records of the past tell us about how Anasazi, Sinagua, Fremont, and other peoples were affected by climate change? Records tell us that they were strongly affected by climate changes much smaller than the changes we face today. Over the last 1,200 years Earth’s average temperature has changed by less than 1°C. Now, we have already raised the Earth’s average temperature by 1.2°C (=2.2°F) and we are projected to raise it by 5°C (=9°F) by the year 2100.

Ruins and old trails all around us tell stories of human adaption to short- and long-term climatic shifts. During the Medieval Warm Period (MWP), from about 950 to 1300 CE many regions of the Earth experienced slightly warmer temperatures. In the American Southwest temperatures averaged about 1°C warmer, and conditions became increasingly dry. By the mid-12th century things had reached megadrought proportions.

The MWP initially saw growth of densely settled agricultural communities alongside creeks and riverbeds. Many Ancestral Puebloan peoples in our region built larger settlements like Chaco Canyon, Mesa Verde, Wupatki, Betatakin, and others. Toward the end of the MWP, many of these large settlements were on the decline and some were abandoned quite suddenly.

A detailed study of the Fremont people in Utah showed that corn production became more sporadic as the MWP progressed, and by 1150 their corn consumption had dropped dramatically. As corn resources declined in the 1100s Fremont dwellings were built in more defensible positions on high rock outcrops. Corn storage granaries of that time were often camouflaged and built almost inaccessibly on canyon walls. Nonetheless, by 1300 most Fremont settlements had been abandoned.

Similar things were happening in Europe beginning in the 1200s. As agriculture became less productive, people built fortified cities and castles to protect their resources. Competition over land led to centuries of dynastic and colonial wars. Northern hemisphere societies in the 1300s through the 1800s struggled to keep pace with climatic changes as the MWP gave way to the “Little Ice Age.” During this five-century period of cold winters and mild summers, growing conditions that had supported population growth across the northern hemisphere collapsed. Europeans responded to this great shift in their resource base by burning coal instead of wood and expanding through colonization. In the Southwest, people left their large settlements to live in smaller, spaced-out communities where they could rely on more dispersed sources of wild plant and animal foods.

The climate transitions of the Little Ice Age created an unpredictable series of environmental events that people everywhere in the northern hemisphere had to respond to. The Little Ice Age was characterized by very cold, very dry winters. Reduced snowmelt at higher elevations helped create drought conditions in Europe during the 1540s that helped push the first wave of European immigrants to new colonies in the Americas.

Even the small climate changes of the last 1,200 years had dramatic effects on people and societies of the past. Those changes were the result of less than 1°C change in global temperature. People changed their whole way of life again and again to adapt to new conditions. Will current climate change affect us and our whole society? It already has. We have already raised the Earth’s average temperature by 1.2°C (=2.2°F). This is already causing a megadrought across the Western US and many other parts of the world. In the Northern Triangle countries of Central America, farmers are losing their crops to drought year after year. Those who can no longer support their families and can’t find work in the cities migrate north.

Temperatures are projected to rise 5°C (=9°F) warmer by the year 2100. This is way beyond the climate changes of the past 1,200 years. Will we be able to adapt?

Coconino Voices: Flagstaff, we need to work to come together

Flagstaff, we need to talk. But given the recent election and current climate of things, it has become very hard to have useful conversations …

David Silverman, an expert in early American and Native American history, discusses the history of Thanksgiving.

EarthTalk: How will California’s decision to require all new car sales to be EVs beginning in 2035 affect other states’ timelines for adopting similar measures?

Dear EarthTalk: How will California’s recent decision to require all new car sales to be electric vehicles (EVs) beginning in 2035 affect othe…

Coconino Voices: As evictions rise, homeless services will be stressed

As pandemic rent relief ends and resulting evictions rise nationwide, a corresponding increase in the potential number of households experienc…

At least 36 wild horses were shot and killed in the Apache-Sitgreaves National Forests last month. As shocking as this incident was, it’s not …

Coconino Voices: Salas thankful as her campaign comes to close

I’m grateful for the support of voters, volunteers, and donors. I’m thankful for the endorsement by the Greater Flagstaff Chamber of Commerce,…

🎧 Episode 65: The hosts discuss the tricky balance of holding people accountable for their actions but the danger in taking things too far.

OUR VIEW: Trump era must end, but only GOP can do it

OUR VIEW: A clean break is needed, not timid hedging that hopes he’ll go away on his own

Commentary: If we want long-term solutions to our social ills, we must work to make our institutions better at ensuring justice for all.

VIEW: To read more Spotlight on Climate columns, point your smartphone camera at the QR code and tap the link.