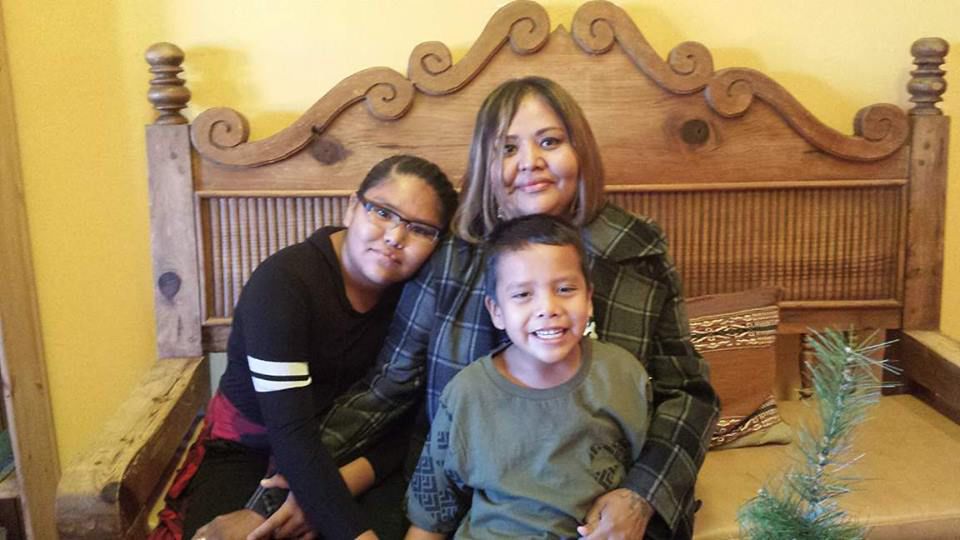 Nicole Joe sits with her two children Kyra Joe, 12, and Ayden Hemstreet, 7. Joe was allegedly killed by her boyfriend, Vaughn Seumptewa, after a fight on Christmas morning. 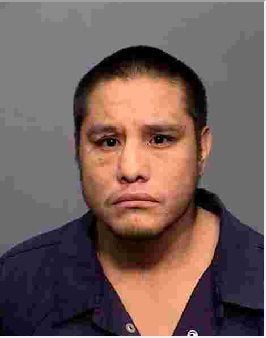 A Flagstaff woman who allegedly was beaten to death by her boyfriend and left out in the cold on Christmas Day, was left bloodied on the floor of an apartment complex for nearly 16 hours before 911 was called, according to a newly released Flagstaff police report.

Nicole Joe, 40, lay in the entryway of an apartment building located in the 2200 block of East Cedar Avenue from 3 a.m. until 7 p.m., when three people in the apartment called police to say that Joe was not breathing.

Joe’s boyfriend, Vaughn Seumptewa, is currently being held in Coconino County Detention Facility for second-degree homicide on $1 million bail after admitting to police that he was involved in a verbal and physical altercation with the victim, according to Flagstaff Police.

The police reports released to the public do not describe the physical confrontation that allegedly killed Joe, but detail how Seumptewa and his friend Alec Hicks dragged a bleeding Joe into the apartment of Peter Fuller at 3 a.m. and left her on the floor of that apartment until she was pronounced dead at 7:27 p.m.

According to the police report, Hicks told police that he and Seumptewa found an intoxicated but responsive Joe early Christmas morning and brought her inside the house.

Hicks then said he put a blanket on her and turned the heat up, not paying attention to her again until 9 a.m., when Joe vomited, according to Hick’s initial interview with police.

“I thought she just needed to sleep it off,” Hicks said during his interview with police.

Fuller, who was the legal resident of the apartment, told police that he and Hicks were initially concerned about Joe’s health at 6 p.m., but could not call the police because their phones had died and they were waiting for them to charge.

Police were called around 7 p.m. and gave CPR to Joe until she was pronounced dead by paramedics.

Police found a “large quantity of blood” on Joe’s face and in her mouth, according to the police report.

Hicks told police that he did not know that Joe was hurt, saying that he thought “she just needed rest,” and that he didn’t notice the blood on Joe’s face until after 6:30 p.m. Christmas evening.

However, Hicks would later tell police that “Vaughn might have done it,” and “I wouldn’t do something like that.”

Seumptewa initially told police investigators that Joe was drinking with him on Dec. 24, inside the apartment until 8 p.m., when Joe left to go to her sister’s house.

He then said that he did not see Joe again until 3 a.m. Christmas morning, when he found her “bloody and beat up, but breathing,” according to the police report.

Additional interviews in which Seumptewa allegedly admits to hitting Joe were not made available to the public by the police department.

Hicks was also arrested that same day for giving false information to a police officer after he gave responding officers a fake name.

Rosemary Begay had prepared for the possibility that her daughter Nicole Joe, 40, would die after her struggles with alcoholism led her to a l…

A man arrested for second-degree homicide on Christmas day after allegedly beating a woman to death was indicted by a grand jury on Jan. 4, bu…

A group of more than 30 people gathered at Heritage Square in the falling snow Wednesday evening.

Nicole Joe sits with her two children Kyra Joe, 12, and Ayden Hemstreet, 7. Joe was allegedly killed by her boyfriend, Vaughn Seumptewa, after a fight on Christmas morning.