Steven Jones, center, leaves Coconino County Superior Court on Thursday after pleading guilty to one count of manslaughter and three counts of aggravated assault stemming from the Oct. 9, 2015 shooting at Northern Arizona University that left NAU student Colin Brough dead and three other students wounded. Jones is facing a sentence of between 5 and 10 years. 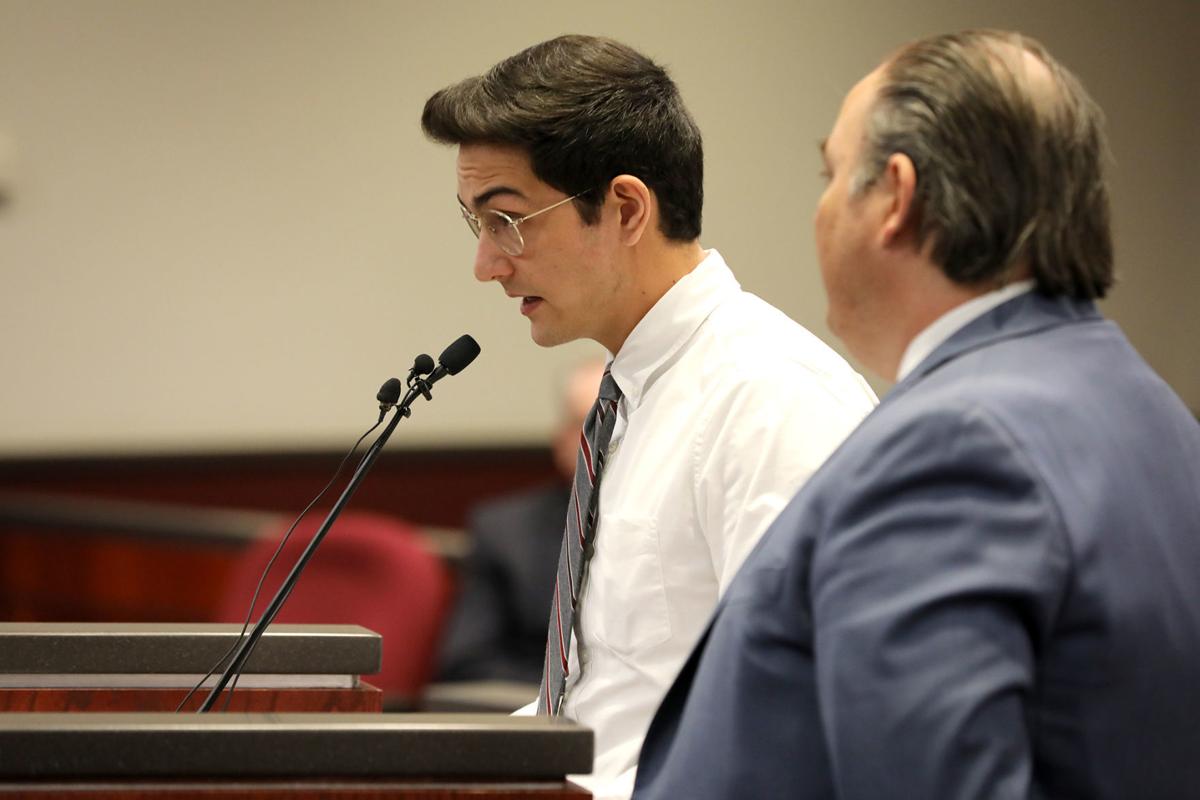 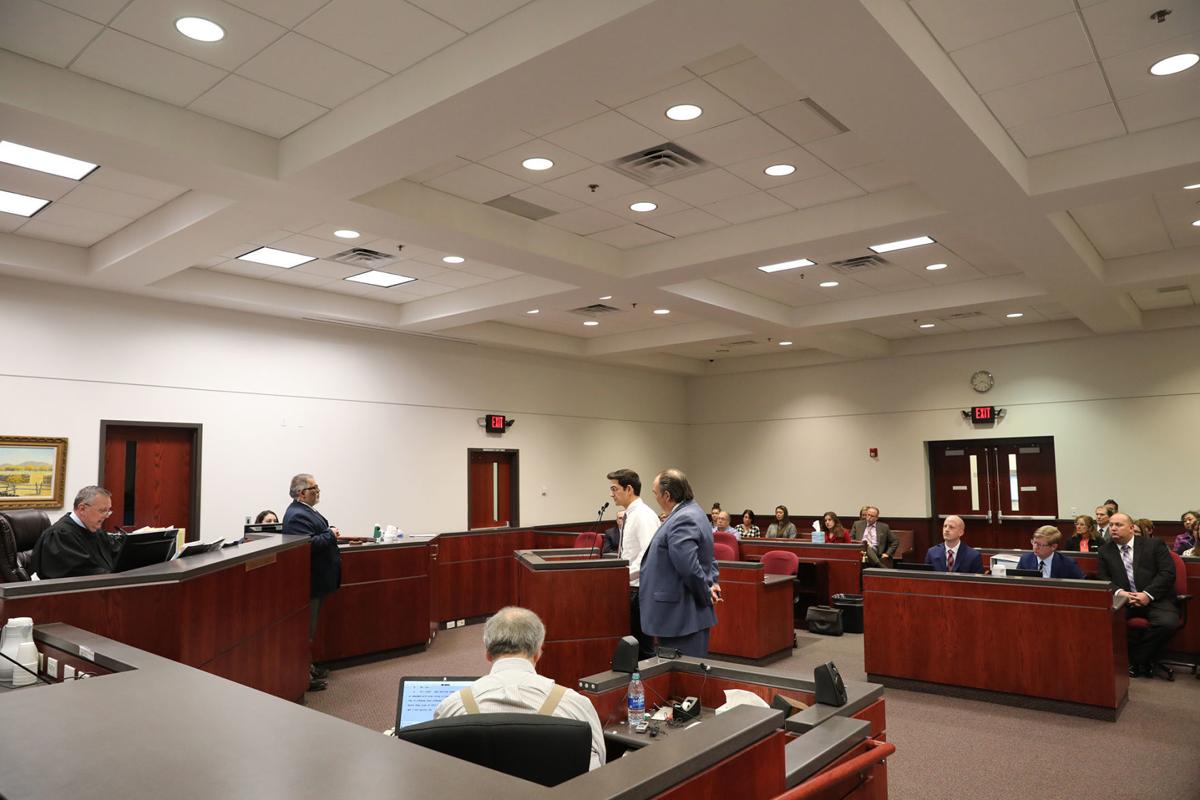 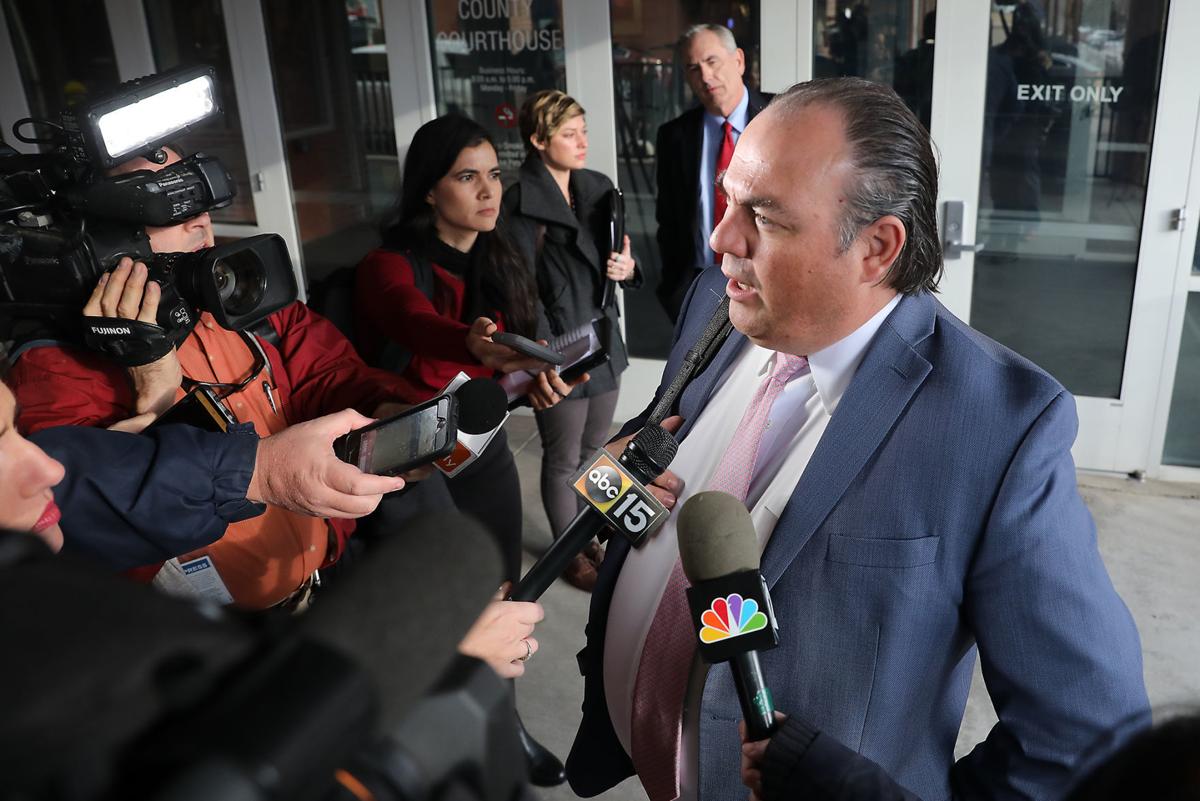 Burgess McCowan, attorney for Steven Jones, talks with the media outside Coconino County Superior Court on Thursday afternoon after Jones pleaded guilty to one charge of manslaughter and three charges of aggravated assault.

According to the 23-year-old’s plea agreement, Jones cannot be sentenced to more than 10 years in prison. Jones will also be forced to make separate payments of no more than $100,000 to all the victims in the case, including a payment to Colin Brough’s mother and father. He cannot apply for parole until serving 85% of his eventual sentence, which will be decided on February 11.

In a sudden turn of events, Jones’s guilty plea came two weeks before his trial was set to begin on Jan. 23. The plea agreement drops Jones’ second-degree murder charge to manslaughter, less than a month after the state willingly dropped the first-degree murder charge. The attorneys, victims, victim’s families, witnesses and expert witnesses who were either subpoenaed or planned on attending the trial will likely have to modify their travel plans.

After the hearing, Jones walked out of the courtroom with his father, wearing a suit, and without handcuffs. Jones will remain under the eye of Maricopa County probation at his home, where he has been able to work and complete online college courses.

During the hearing, Judge Dan Slayton reviewed the plea deal with Jones in front of members of the press and many from Flagstaff’s criminal justice community. Due to the sudden nature of the hearing, many victims were not present. Colin Brough’s mother and father Claudia and Doug Brough were present and accepted the plea by phone.

While the judge reviewed the agreement in court, Jones remained focused on the terms. At one point, he spoke up to ask for clarification on his maximum time in prison.

Jones’ maximum sentence of 10 years is a stark difference from a few weeks ago. Prosecutors chose to reduce their charges from first-degree to second-degree murder in December, lowering his possible jail time from the maximum of life in prison to 12.5 years. Now his minimum sentence is set at 5 years with a maximum of 10.

Burges McCowan, Jones’ longtime attorney, told the Arizona Daily Sun that the defense and prosecutors had spoken many times about plea deals, but said they couldn't pass this one up. He later explained that his client was emotional about the decision, but compared to the uncertainty of a trial Jones preferred this option.

“This was the best offer they ever made,” McCowan said.

Coconino County Attorney Bill Ring, whose office agreed to the plea agreement, provided a written statement at the hearing and declined to comment further.

“The function of our process is to do justice,” Ring wrote. “This plea is a meaningful step in that direction. We reserve the balance of our statements for the sentencing phase of proceedings.”

While rare, the court has the right to change the terms of the plea agreement and be bound by the standard sentencing limits.

Jones shot Nick Prato, Kyle Zientek, Nick Piring and killed Brough in the early morning of October 2015. The first trial on first-degree murder and six aggravated assault charges happened in 2017 and ended in a hung jury. In the first trial, prosecutors portrayed Jones as an assassin, whereas Jones argued he was acting in self-defense.

Jones’ lead attorney Joshua Davidson left the defense after the mistrial. After the case was delayed five times, Jones went through multiple attorneys before settling on the lead of attorney Christopher DuPont, who was not at Thursday's hearing.

Updated at 3:45 p.m.: Steven Jones entered a guilty plea at the Coconino County Superior Court on Thursday afternoon to one count of manslaugh…

The decade's most memorable cops and courts cases in Flagstaff

With the decade coming to a close, here's a look at the most important and impactful stories in Flagstaff since 2010.

Steven Jones now behind bars ahead of sentencing for NAU shooting

Steven Jones given six-year sentence for NAU shooting in 2015

Steven Jones, center, leaves Coconino County Superior Court on Thursday after pleading guilty to one count of manslaughter and three counts of aggravated assault stemming from the Oct. 9, 2015 shooting at Northern Arizona University that left NAU student Colin Brough dead and three other students wounded. Jones is facing a sentence of between 5 and 10 years.

Burgess McCowan, attorney for Steven Jones, talks with the media outside Coconino County Superior Court on Thursday afternoon after Jones pleaded guilty to one charge of manslaughter and three charges of aggravated assault.