WASHINGTON (AP) — Don't feel bad if you don't understand how the new tax bill will affect you. Chances are, your accountant doesn't yet either.

From New York to Kentucky to Florida, accountants and tax lawyers are scanning the 1,000 page measure, fielding a swirl of questions from clients and swapping tips via email in their efforts to fully grasp the bill's far-reaching changes.

When the House and Senate released the final tax bill late last week, it gave many experts their first look at what will become as vast rewrite of tax law. Congress gave approval to the measure Wednesday, and President Donald Trump is to sign it this week.

"The whole weekend I was overwhelmed with client requests on how this impacted them, and it hasn't stopped, and probably won't for several weeks," said Gary DuBoff, an accountant at MBAF, a New York-based firm.

Should some taxpayers try to reclassify their pay as business income, which is taxed at lower rates for top earners? Should small companies restructure as corporations to capitalize on a now-much lower corporate tax rate? Can people in high-tax states rush to prepay their 2018 state and local income taxes this year to fully capitalize on the deduction for such payments, before it's capped next year?

The answers are: Maybe, maybe and no, though taxpayers may be able to prepay their 2018 local property taxes this year.

"Every one of your clients is calling you, and they all want to know what the effect is," says Joseph Perry, an accountant at Marcum, based in Melville, New York. "It's like, 'Wait, slow down —we have to figure this out.'"

Most accountants scoff at the notion, pushed by the bill's proponents, that it has simplified the tax code. For higher-income earners in particular, as well as many small businesses, tax law remains at least as complex as ever. And the bill has injected a new layer of uncertainty because so many changes are temporary and could be reversed in a few years.

The need for clarity is welcome news for the professionals who need to sort it all out.

"It's going to be good for business," said George Smith, a third-generation accountant based in Southfield, Michigan. "I'm a tax geek; I'm excited about the nuances."

After the last major tax overhaul took effect in 1986, it became clear that many small businesses would benefit by reorganizing as partnerships, says Joseph DeGennaro, tax director for Doeren Mayhew in Detroit. Doing so allowed their business profits to be passed on as personal income, which was taxed at individual tax rates. At that time, the top individual rates were lower than the corporate rate.

Now, the situation is reversed: The new legislation sharply cuts the corporate tax rate from 35 percent to 21 percent — much lower than most individual rates. DeGennaro and other accountants say the question being posed most often by small business owners is whether those firms should now restructure as corporations. This time, the answer is not so simple.

If corporations pay out their profits to owners through dividends, those payments are taxed at 23.8 percent. That rate, once combined with the corporate tax rate, is much higher than individual rates.

And in some cases, if a business restructures, it can't switch back for five years. What if a new Congress raises the corporate tax rate, in say, three years? At that point, DeGennaro pointed out, a business owner would be stuck paying the higher corporate rate.

"I'm telling clients that nothing is permanent," DuBoff said. "If you restructure for the new law, you better have an exit strategy."

Many critics of the GOP bill argue that it will encourage high-income earners to turn themselves into businesses and reclassify their salaries as business income, which will be taxed at a lower rate. But the bill seeks to bar this through complex rules and by blocking many professionals, such as lawyers, accountants and doctors, from taking that step.

Mark Nash, a tax partner at PwC, based in Miami, said that so far, the provisions are broad and general, making it difficult to advise clients on whether to essentially incorporate themselves.

"We're left to scratch our heads about what it means in the real world for somebody's actual circumstances," he said. "It's quite a complicated deduction to calculate."

Some of these questions must be answered before year's end — an additional source of frustration for tax experts.

"It's too much, too quick and too little time," Smith said.

DeGennaro noted that come Jan. 1, the changes will eliminate the ability of businesses to deduct their entertainment expenses.

"People should be looking at their entertainment policies right now," he said.

Others point out that the sharp cut in the corporate tax rate could benefit — or harm — a company's balance sheet. Companies that have postponed tax payments might enjoy a windfall because they will owe less in 2018. Other companies could absorb a hit because the value of their tax refunds will fall.

Such questions are consuming numerous hours for people like Howard Wagner, a Louisville, Kentucky-based accountant at Crowe Horwath.

"It's going to be a miracle if I make it through the next two weeks," Wagner said.

WASHINGTON (AP) — The Senate parliamentarian dealt a potentially lethal blow Thursday to Democrats’ drive to hike the minimum wage, deciding that the cherished progressive goal must fall from a $1.9 trillion COVID-19 relief bill the party is trying to speed through Congress, Senate Democratic aides said.

WASHINGTON (AP) — The increasingly slim odds — and surprisingly thin outreach from the White House — for Neera Tanden’s nomination as head of the Office of Management and Budget are raising growing questions about how long the president will stick with her, in an early test of how he will use his limited political capital.

Connecticut Gov. Ned Lamont is making a major push to legalize the adult use of recreational marijuana after COVID-19 upended the 2020 legislative session, arguing now is the time to finally enact a regulated system that generates new state and local revenue while addressing racial equity issues.

Jill Biden says things get better, including after divorce

WASHINGTON (AP) — Jill Biden offers comforting advice to Kelly Clarkson, telling the singer and talk-show host who is going through a divorce that things happen for the best and that life will eventually “look better.”

A Biden edge in COVID-19 bill: Dems reluctant to wound him

WASHINGTON (AP) — Democratic leaders have a potent dynamic on their side as Congress preps for its first votes on the party’s $1.9 trillion COVID-19 relief bill: Would any Democrat dare cast the vote that scuttles new President Joe Biden’s leadoff initiative?

GLENWOOD SPRINGS, Colo. (AP) — A 48-year-old skier died this week from an accident at a Colorado mountain resort.

PHOENIX (AP) — Two Arizona residents are suing the cities of Phoenix and Scottsdale over the development of the San Francisco Giants' year-round training facility in Papago Park.

SACRAMENTO, Calif. (AP) — California Gov. Gavin Newsom signed a $7.6 billion coronavirus relief package on Tuesday that will give at least $600 one-time payments to 5.7 million people while setting aside more than $2 billion in grants for struggling small businesses.

WASHINGTON (AP) — President Joe Biden will mark the U.S. crossing 500,000 lives lost from COVID-19 with a moment of silence and candle lighting ceremony at the White House. 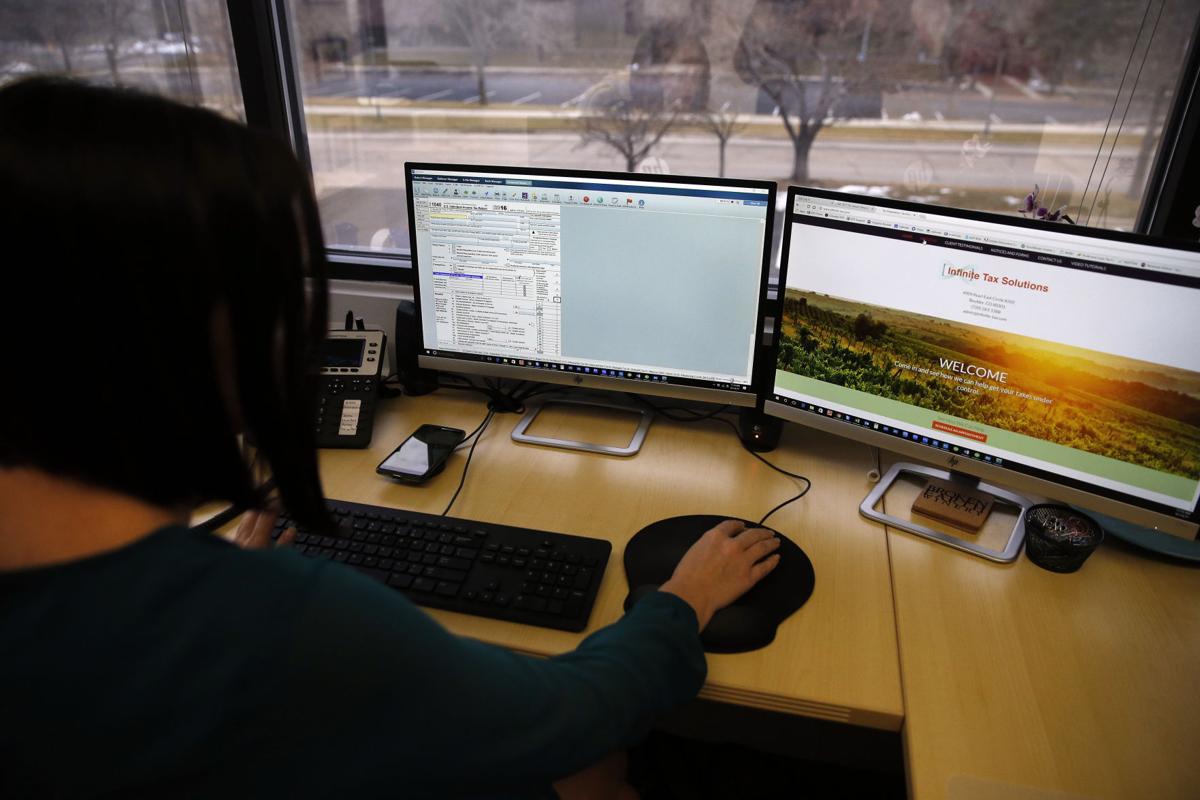 In this Jan. 14, 2017, photo, tax professional and tax preparation firm owner Alicia Utley works on her computer in her office at Infinite Tax Solutions in Boulder, Colo. Across the U.S., accountants and tax lawyers are laboriously making their way through the new tax bill, fielding a swirl of questions from clients and swapping tips in their efforts to fully grasp the legislation’s far-reaching changes. "We are buried in calls and emails," Utley said Wednesday, Dec. 20, 2017. (AP Photo/Brennan Linsley) 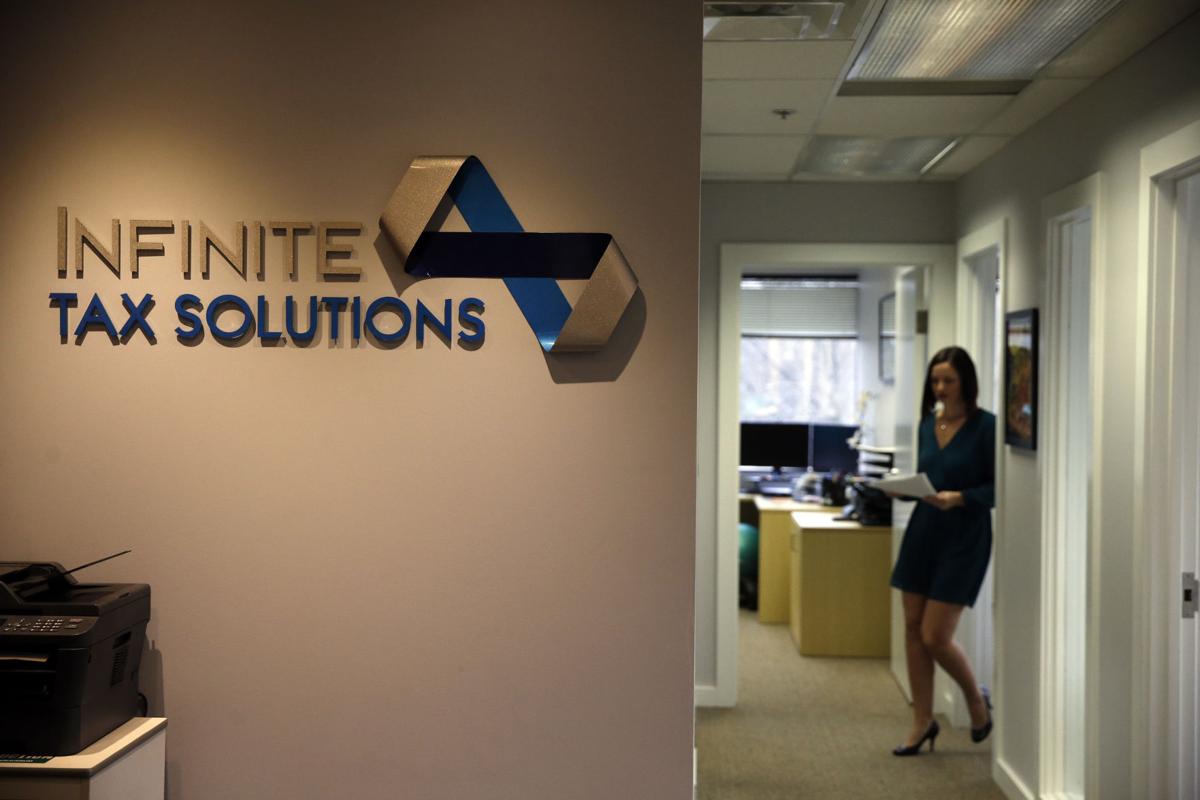 In this Jan. 14, 2017, photo, tax professional and tax preparation firm owner Alicia Utley works at her office at Infinite Tax Solutions in Boulder, Colo. Across the U.S., accountants and tax lawyers are laboriously making their way through the new tax bill, fielding a swirl of questions from clients and swapping tips in their efforts to fully grasp the legislation’s far-reaching changes. "We are buried in calls and emails," Utley said Wednesday, Dec. 20, 2017. (AP Photo/Brennan Linsley)