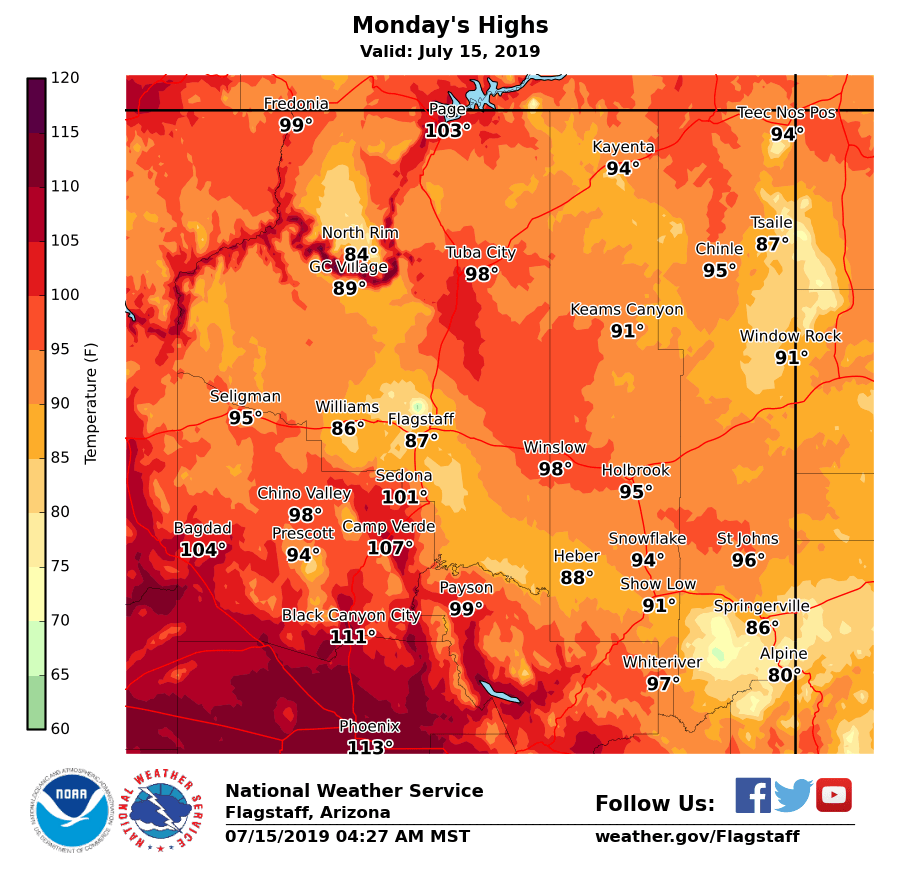 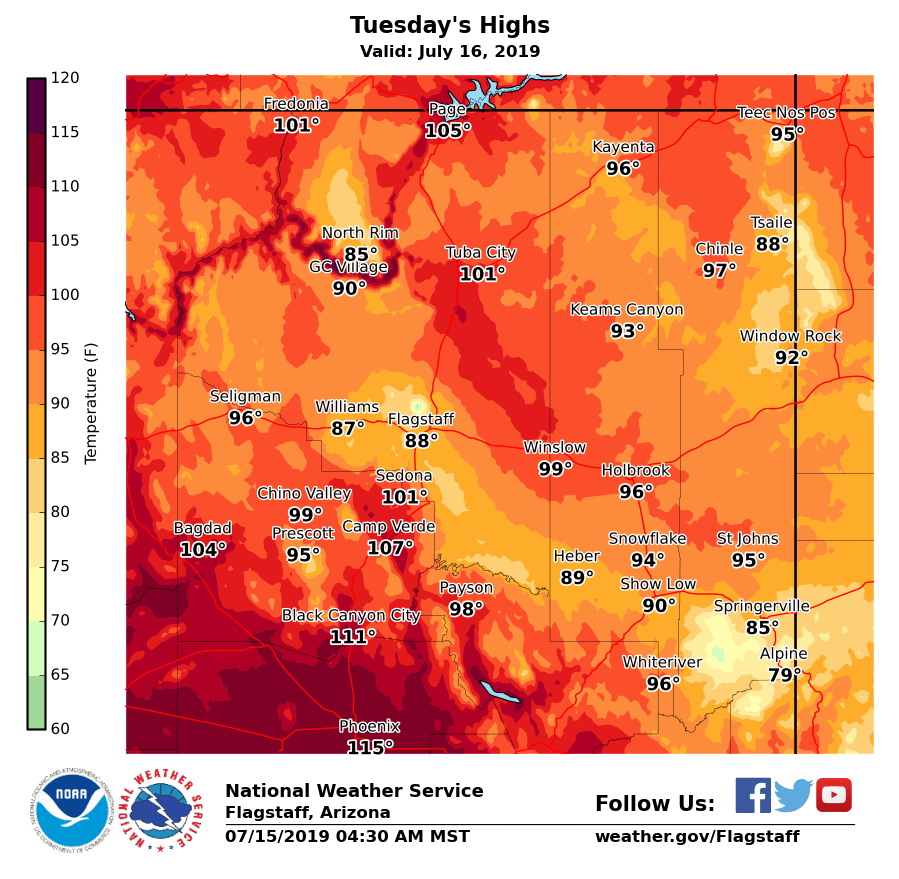 The National Weather Service issued a high heat warning for the bottom of the Grand Canyon Monday and Tuesday, expecting the temperatures to reach 108 to 112 degrees.

The White Mountain region toward the east of Flagstaff is expected to get further thunderstorms later this week.

At this point, the weather service said there was a possibility the thunderstorms could spread west toward Flagstaff at the end of the week, but they issued that forecast with low confidence.

The Newman Fire near Upper Lake Mary is producing smoke and impacting areas around Flagstaff. The U.S. Forest Service is using the lightning-caused wildfire in a 22,130-acre planning area to burn up dried forest fuels.

Officials with the Coconino National Forest are continuing to manage a fire started by a lightning strike and discovered late last week, accor…