Taking on the challenge will be the organization's new CEO and general manager, Erika Mazza, who succeeded NAIPTA’s first CEO Jeff Meilbeck after he retired in November.

Prop 421 was the third of the city’s three transportation focused proposition and constituted a new tax to support an increased level of bus service across the city. But while the voters' decision may have altered NAIPTA’s future plans, Mazza made clear it did not threaten its existence.

She added that this may have been one reason voters were less willing to pass the tax. Whether it passed or not, NAIPTA’s existence wasn’t hanging in the balance.

Mazza said the organization will be taking a long look at why the proposition failed to garner enough support among voters, especially as surveys undertaken in preparation for the 2017 5-year planning process suggested voters may have strongly supported the measure.

Those 2017 surveys showed a high level of satisfaction among riders and that, for those who ride the bus, if choosing between a wider services of coverage or shorter waits on current routes, most wanted shorter waits, even if they had to walk farther to get to them.

And this is what the proposition set out to accomplish.

The projected $41 million generated by the tax would have gone to investments in more buses allowing the organization to essentially double the amount of service they provide.

Buses would have run every 15 minutes on weekdays instead of the every 30 minutes they currently do now. Hours would have also been extended with buses running to 11 p.m. on weeknights and to after midnight on Fridays and Saturdays.

Perhaps more substantial than that however was the agreement NAIPTA had with Northern Arizona University had the proposition passed.

In that agreement, administrators had said the university would work with NAIPTA to provide every student attending NAU’s Flagstaff campus with an annual bus pass. In doing so, the university was prepared to bring about $1 million to the table annually with NAIPTA bringing close to $2 million.

But just because Prop 421 was killed at the ballot box doesn’t mean the agreement with NAU was, Mazza said.

“It may not be completely off the table, but it would certainly have to be restructured,” Mazza said.

That is not the only project still standing despite the election. Mazza said they will also still be going forward with the relocation of their downtown connection center which they currently lease from the city.

“We want to have a better downtown presence so that people can buy passes at the station, they can ask questions, there’s customer service there and to have that locational presence that we currently don’t have,” Mazza said.

At the moment, Mazza said, they do not have a location to replace the connection center with but they are in the process of locating the options they do have.

In the meantime, Mazza said they are working with NAU political science professor Frederic Solop in order to get as much information on why voters made the decision they did. The information may impact future ballot measures with a different focus than that of 421.

With the knowledge that they rank highly with those who do ride the Mountain Line, Mazza said they may look at conducting a survey of non-riders to find out what might get them to take the bus.

This is especially important, Mazza said, as the city council puts an increased emphasis on the recently passed climate change adaptation and action plan.

That plan puts a heavy emphasis on promoting alternate forms of transportation as a way to reduce greenhouse gas emissions, the majority of which are generated by locally driven private vehicles.

And Mazza said her goal is to get to a point where residents no longer think of buses as an “alternate” form of transportation.

Trying to learn as much as possible, a long list taped to Erika Mazza's door shows all of the people she wants to have one-on-one meetings with as she gets comfortable in her new role as the new CEO and general manager of Northern Arizona Intergovernmental Public Transportation Authority.

And Mazza said she will be helped by a great team as she succeeds NAIPTA’s first CEO Jeff Meilbeck after he retired in November.

“We’re matching people with their dreams,” Maza said. “If someone wants to go to a certain school, they can take the bus to get to charter [school] A, B or C, they can get to the university [and] they don’t have to own a car.”

Mazza has been with NAIPTA for seven years, but now she says she is excited to lead the organization into the future. Prior to that, Mazza worked as the Housing Planning & Policy Manager for the city of Flagstaff. She also served as a lecturer in Northern Arizona University’s Planning Department.

“I want to be part of a community change. I have a masters in economics and a bachelors in community planning and in a weird way, transit gets to both of those interests and,” Mazza said. “I certainly go home at night realizing that we're making a difference in this community and for that, it’s [all] I as a new CEO need.”

Dear EarthTalk: Are any environmental groups working specifically to increase access to nature and the outdoors?

City and county solidify strategies to combat 2020 census under count

The year 2020 might feel far off, but the city and county staff have been preparing for it for almost the past year, working to get census wor…

As Flagstaff City Council moves forward with fee increases for trash pickup, it begs the question of what that money will produce.

Come Dec. 11, vaping and electronic cigarettes will be treated the same as commercial tobacco products by the city of Flagstaff.

You are probably not a traffic engineer, but now you very well may be assisting the Flagstaff Metropolitan Planning Organization in mapping an…

When you think of a gadget that gives a vehicle more traction at the press of a button, it may sound like something out of a James Bond movie,…

Voters shot down a proposition providing money to expand bus services in Flagstaff during the last election, but that hasn’t stopped staff at …

I flew across the country in a hazmat suit

I flew across the country in a hazmat suit 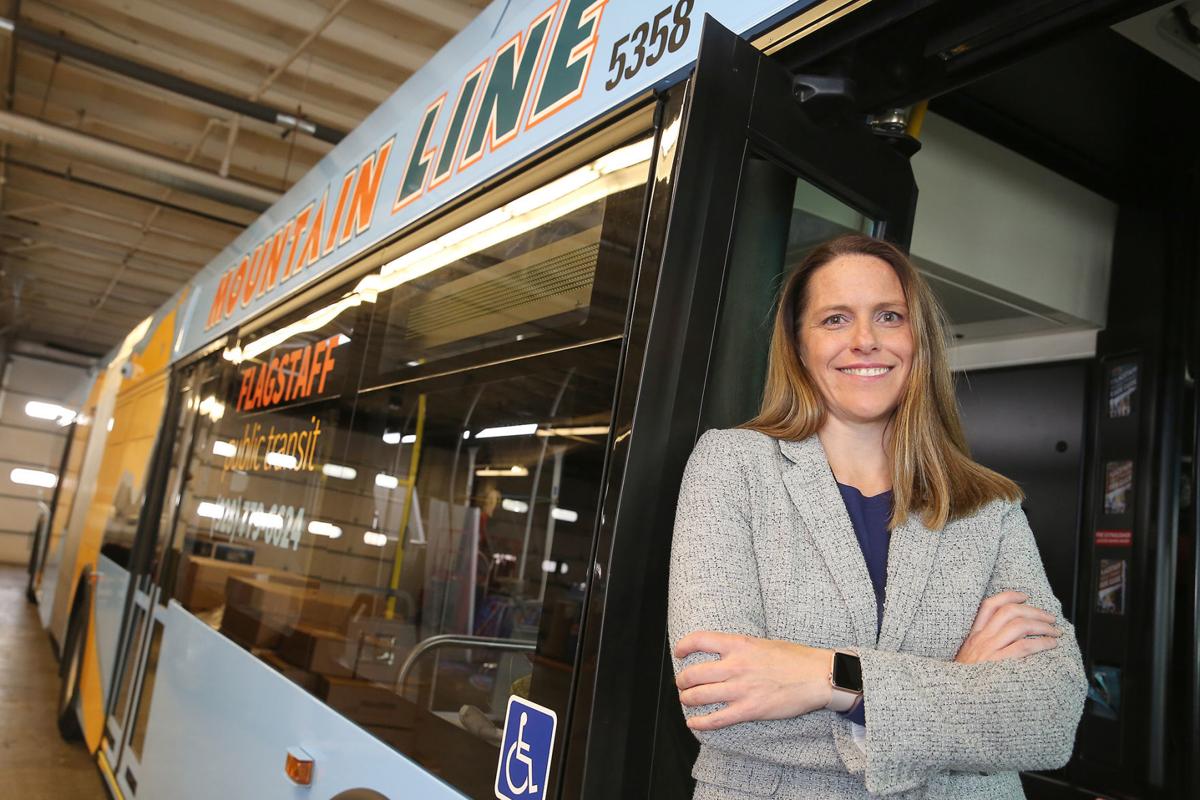 Erika Mazza, the new CEO and General manager of NAIPTA, stands in the door of one of the Mountain Line articulated buses Thursday morning. 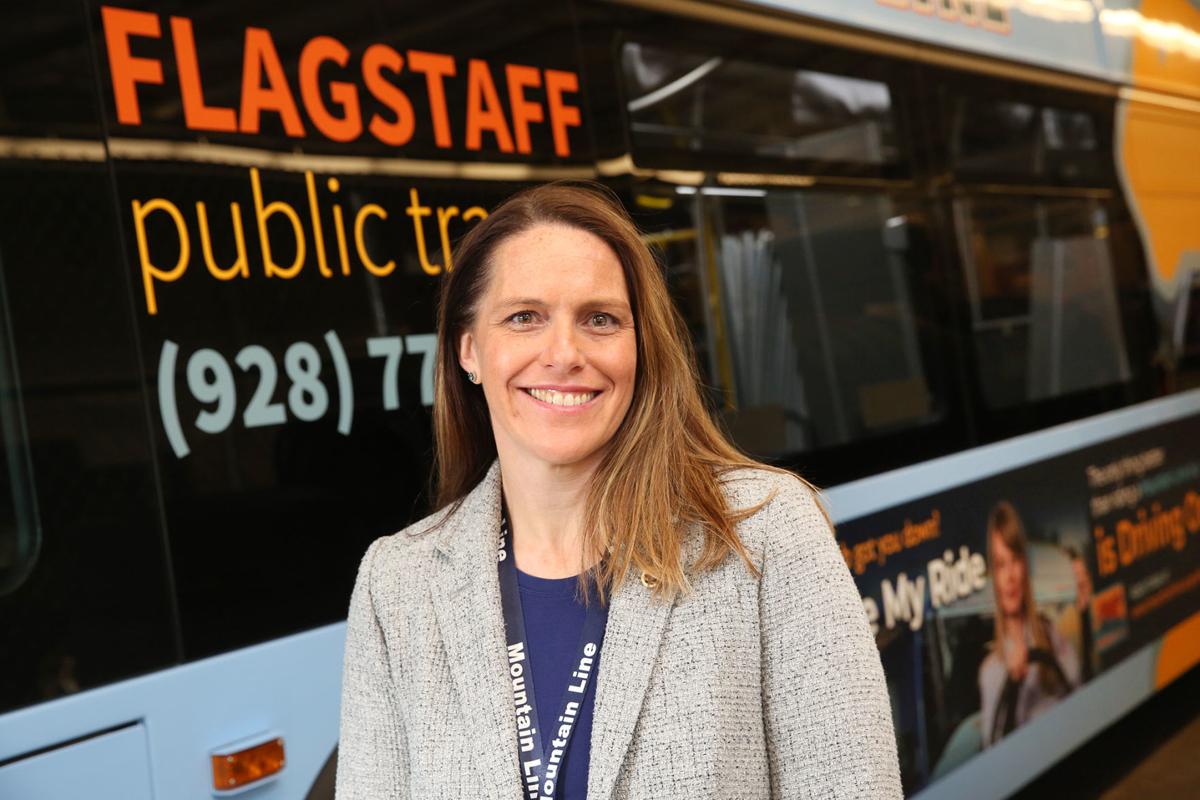 Erika Mazza is the new CEO and general manager of NAIPTA.