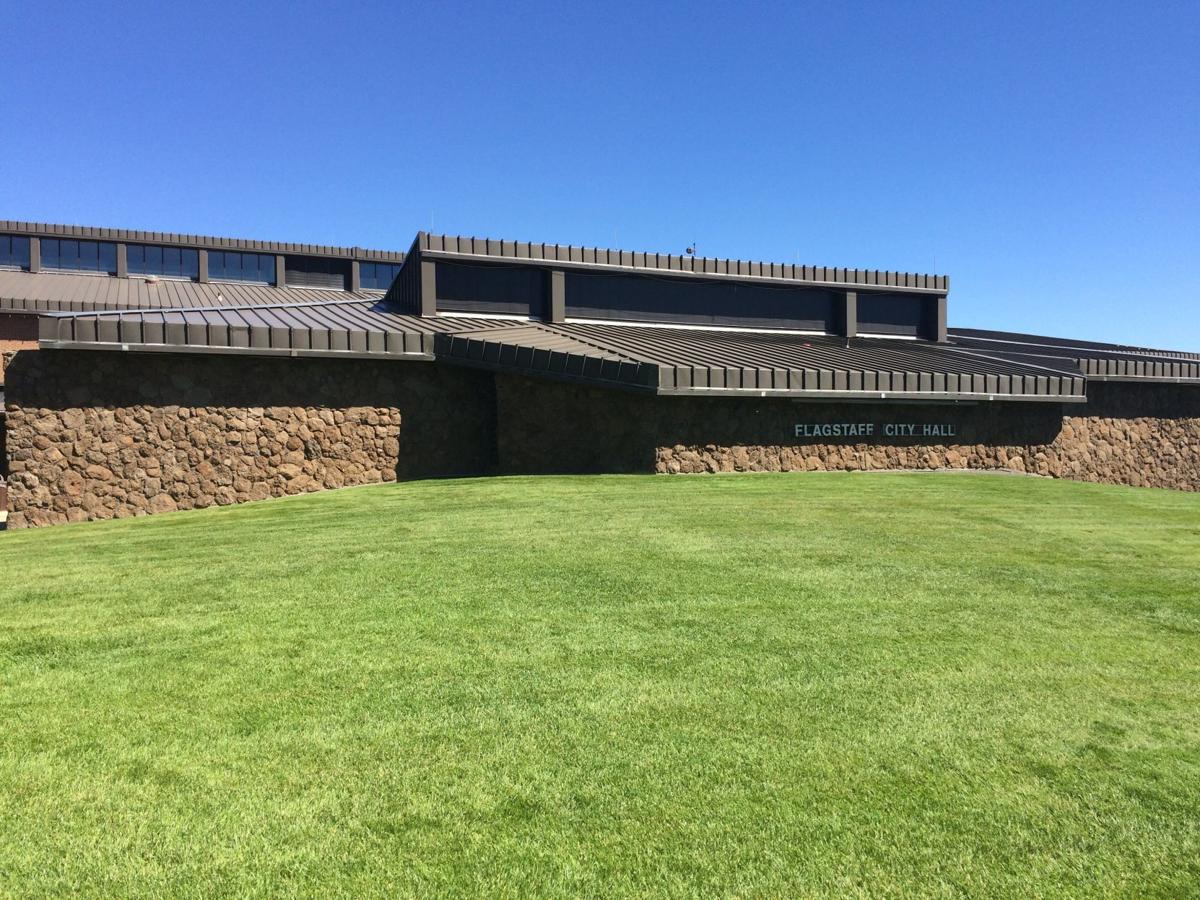 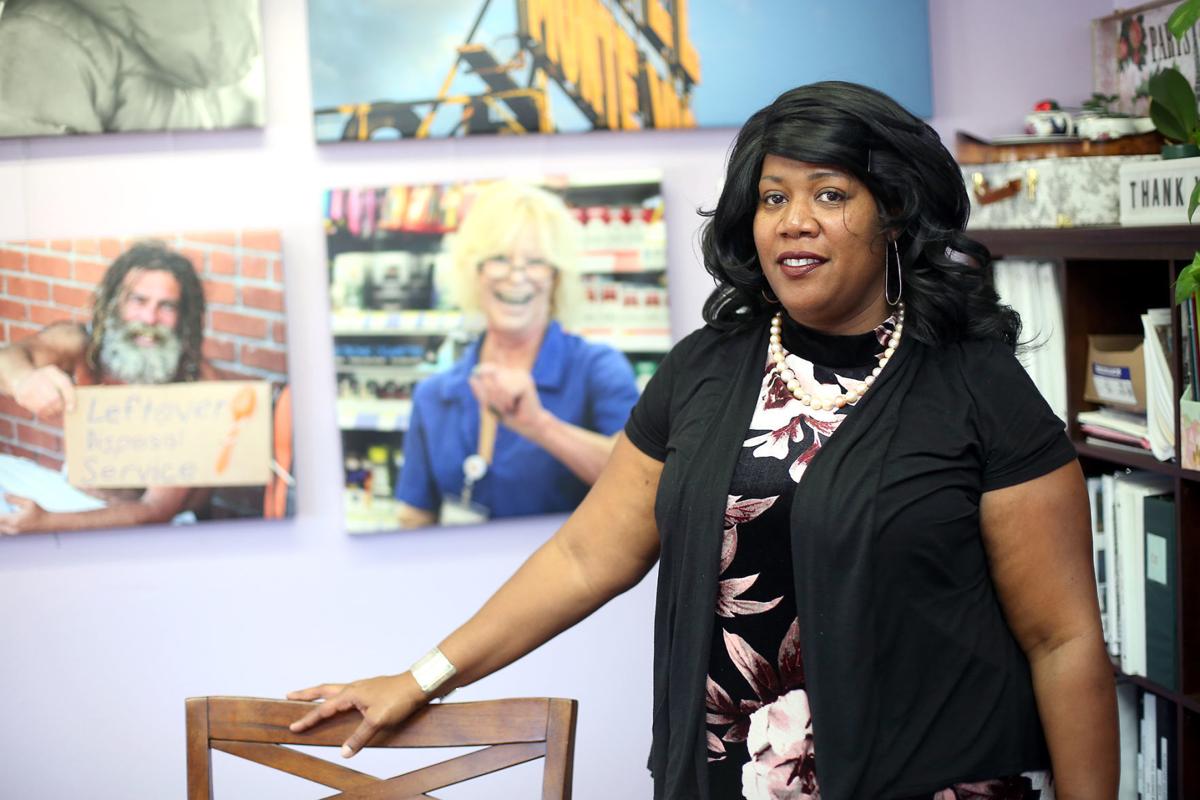 A man was arrested for disorderly conduct last week after a confrontation between himself, Mayor Coral Evans and city staff outside Flagstaff City Hall.

The arrest preceded a judge signing an injunction of harassment against Hugh Pressman, the owner of Kaibab Landscaping, who had hired the man to stand outside city hall with a sign criticizing Evans. Pressman said he was working with his lawyer and planned to fight the injunction.

The injunction is meant to bring to an end a series of approximately 40 emails from Pressman that Evans described as “vulgar, threatening and harassing.”

The injunction prevents Pressman from further emailing Evans directly or addressing her in the emails, although it allows him to send emails to the Flagstaff City Council that are also sent to the mayor.

Evans said she began receiving emails from Pressman in April of last year and they have continued to arrive ever since.

Pressman said he first tried to contact Evans because he feels many of the roads in and around the city are inundated with trash and no one is picking it up. Pressman added he believes the issue of trash became worse after Evans was elected mayor.

But Pressman said he did not get a response and continued to email both the Mayor and Councilmembers.

“You are a disgusting pig and have turned the city into a [expletive] toilet,” reads one of Pressman’s emails sent on June 25, 2018, which was included in the court documents.

Another email sent on Aug. 21 of this year reads, “Remember you were only elected mayor because you are a fat, black woman.”

But Pressman said he believes the mayor’s claim of harassment is a way to silence him about the city’s litter issue before the election season.

“I’m not super proud of some of the things I’ve said to her, but that is my First Amendment right,” Pressman said. “I’m certainly the bad guy at city hall, but I am just trying to pick up the trash.”

Evans said she understands the argument that a public official filing an injunction of harassment against someone may bring up First Amendment concerns. But Evans said the First Amendment protects free speech, not the consequences of free speech, and that rights come with the responsibility of using them properly.

She added she doesn’t think simply because she is an elected official that it’s OK for her to be “terrorized, stalked or harmed.”

And Evans said she has been scared, and at times scared for her life, because of Pressman’s messages over the last year.

On Sept. 19, Matthew Eckhardt was in the downtown Flagstaff area having been paid $100 by Pressman to stand outside city hall for four hours holding a sign that read, “Flagstaff Is Now America's Dirtiest City. #RecallCoralEvans,” Pressman said.

At that time, Eckhardt began to walk through and around city hall taking video. While walking toward the city hall parking lot, Eckhardt seemed to see Evans sitting in her car and approached her.

Evans said she assumed Eckhardt was actually Pressman. She said she had already thought about asking for an injunction against Pressman and decided to take video of Eckhardt from her car, believing it could be useful evidence of more aggressive behavior.

Pressman said Eckhardt did not know who Evans was and thus repeatedly asked her to tell him her name.

According to a video of the incident that Eckhardt posted online, he also told her he would file a records request for the files on her phone, including any “dirty pictures too.” Eckhardt also took video of the license plate of Evans' vehicle.

Evans said she was on the phone with city staff, who came to escort her to city hall because she felt threatened and scared to get out of her car because she could be attacked.

In the video, Eckhardt also says, “You all can see how scared she was when I was walking up.”

After two Flagstaff police officers arrived on the scene, Eckhardt was arrested for disorderly conduct.

The City of Flagstaff Sustainability Section is challenging residents to pick up as many wrappers, empty bottles and discarded soda cans as th…

Funny how the 1st amendment only counts when a liberal wants it too.

So that's who keeps putting those signs up? I could never figure out what they meant. I never noticed Flagstaff being either dirtier or cleaner since the time Mayor Evans was elected, much less would have attributed it solely on Evans. Sounds like someone has an unhealthy fixation. Good thing I do my own landscaping. The only trash problem I've ever been concerned about was the ever increasing abuse by out of towers' snow play, which has nothing to do with Evans. Although I'd be all for the city to enact a sled tax.

I was trying to figure those signs out too. I thought maybe it had to do with the air quality due to the fires. I’m afraid that the message wasn’t very clear. A sled tax is a good idea. Seems that there are better ways to handle ones feelings about trash. He could have paid Eckhardt the money to pick trash up instead of holding up signs. Saw him out there one day with his dog... sweet dog.

What an asshat. I'm no Coral fan but don't be a jerk.

I would also add that when you are a public official, you've got to expect this kind of behavior time to time. If she thought that being Mayor was going to be all rainbows and butterflies, maybe this isn't a job for her.

Maybe if you actually paid taxes on your 'business' and didn't hire 100% illegal workers, we would have more resources to pick up trash...

My thought, he owns a landscaping business, if it bothers him so much, he has all he needs to pick up the darn trash himself.

He has been picking up the trash himself - and paying homeless people to do so. For the record.

I am so sorry to hear the Mayor Evans has had to deal with this. I appreciate her and all public officials with a true desire to serve their communities.

Sounds a little over the top, although I do believe Mayor Evans needs to be replaced.

Your business abuses city and county resources regularly utilizing unpaid for dumpsters, employees off the books and poor environmental practices in your landscapes

May be a righteous cause, but you show no class whatsoever.

First let me say to the people of Flagstaff that I am deeply sorry for my offensive language and behavior. in my ongoing frustration with certain ongoing issued in Flagstaff I said some terrible things. Things I will always regret.

I acted out like an angry child due to my frustration about these events and my inability to affect or to inspire positive change and community momentum and involvement. In response to the comment about 'why didn't I do something' I actually did. I have organized city wide clean ups picking up hundreds of bags of trash. I often pick up trash on my own or with my workers. Also any time I have paid the homeless to pick it up. I offered that as a possible helpful solution to the trash problem to city council members but to no avail. I think it would be a very useful option to 2 problems.

But my efforts are not why we are here. It was my behavior. And I way I spoke to city council members. It was wrong. It was embarrassing and it will never happen again

This situation started with me wanting to help clean up the city and ironically it ended up as a giant mess.

I am a better person than this and I certainly know better.

As a symbol of my remorse and my commitment to this community I pledge to build 2 backyards a year for needy families.

Additionally I will continue with my personal clean efforts in town. If you see me on the side of thee road please feel free to yell out your frustrations at my behavior.

Should anybody want to contact me directly about my behavior or if you know a good candidate for my above offer please call me at 214.4394.

Again my deepest apologies and my best to Flagstaff

Wow. Who would ever have this guy at their house. Flagstaff deserves better.

So many untold similar stories about this guy. He has been banned from shopping at Warner's nursery and Native Plant and Seed nursery (when it existed) . He is a threat to our community.