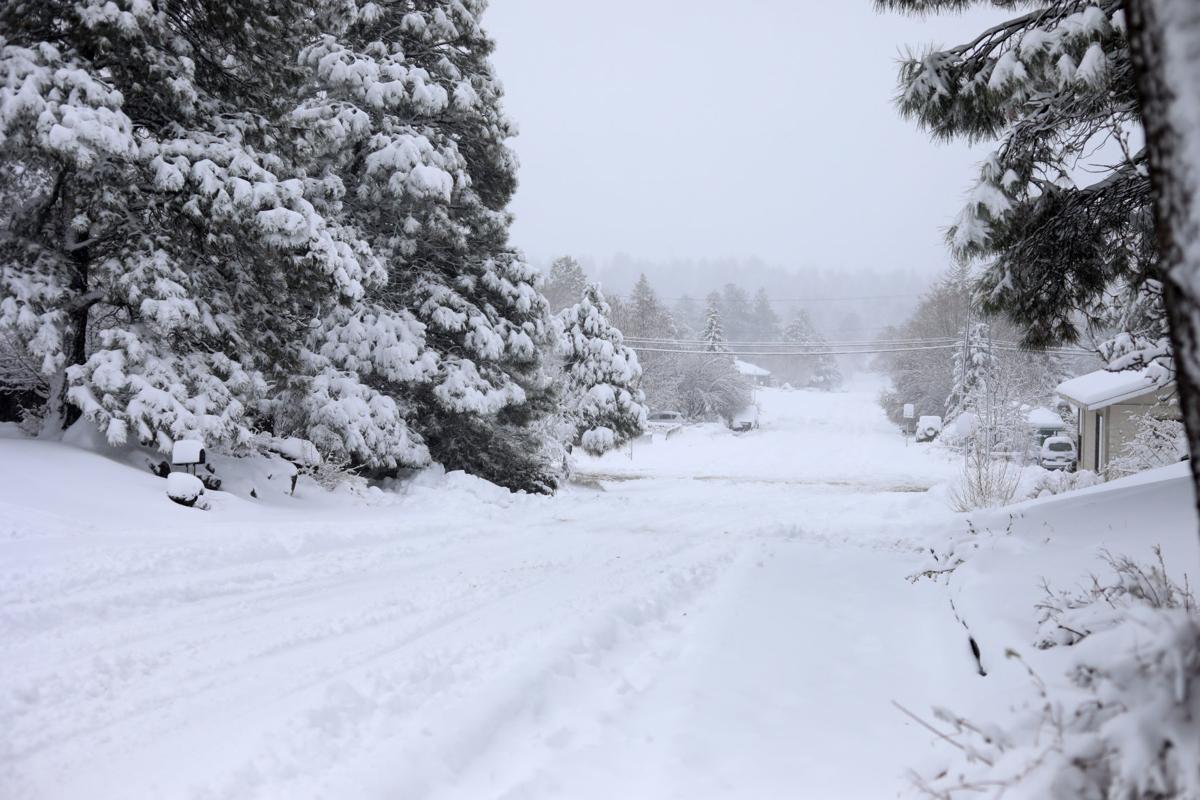 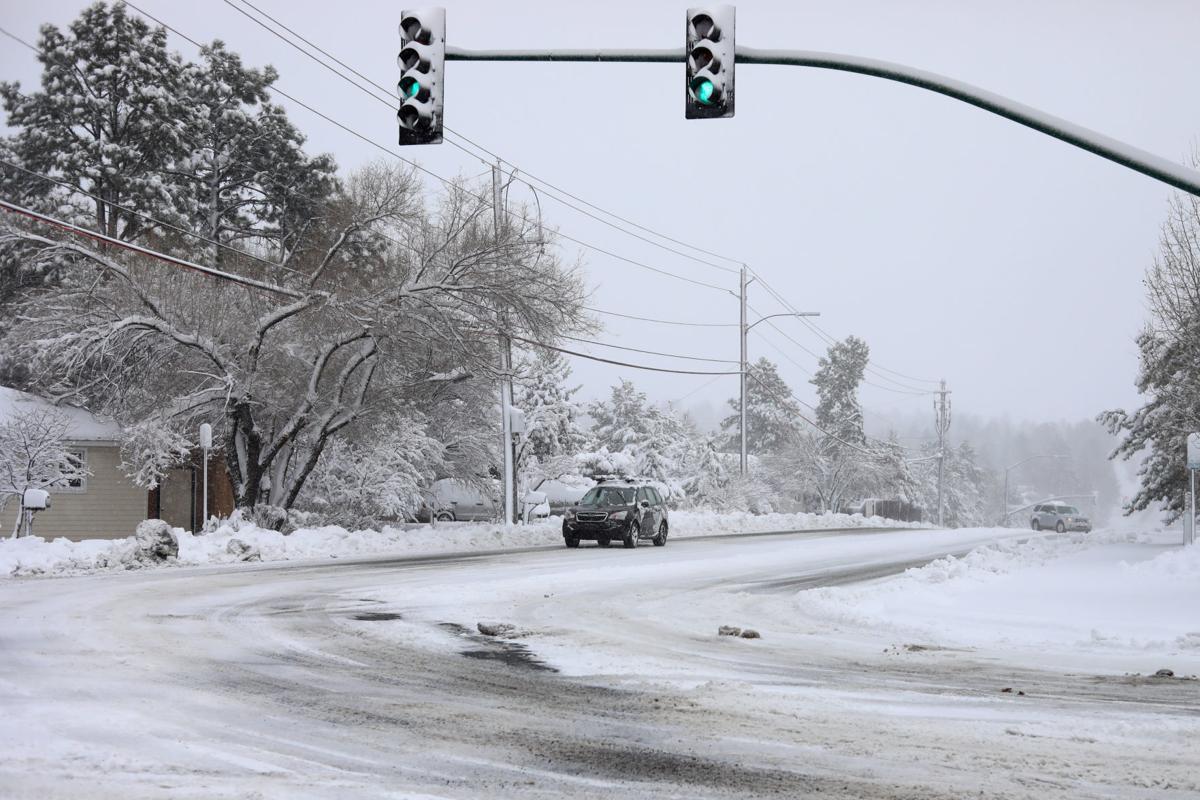 Commuters drive along Forest Avenue on Friday as the snow continued to fall. 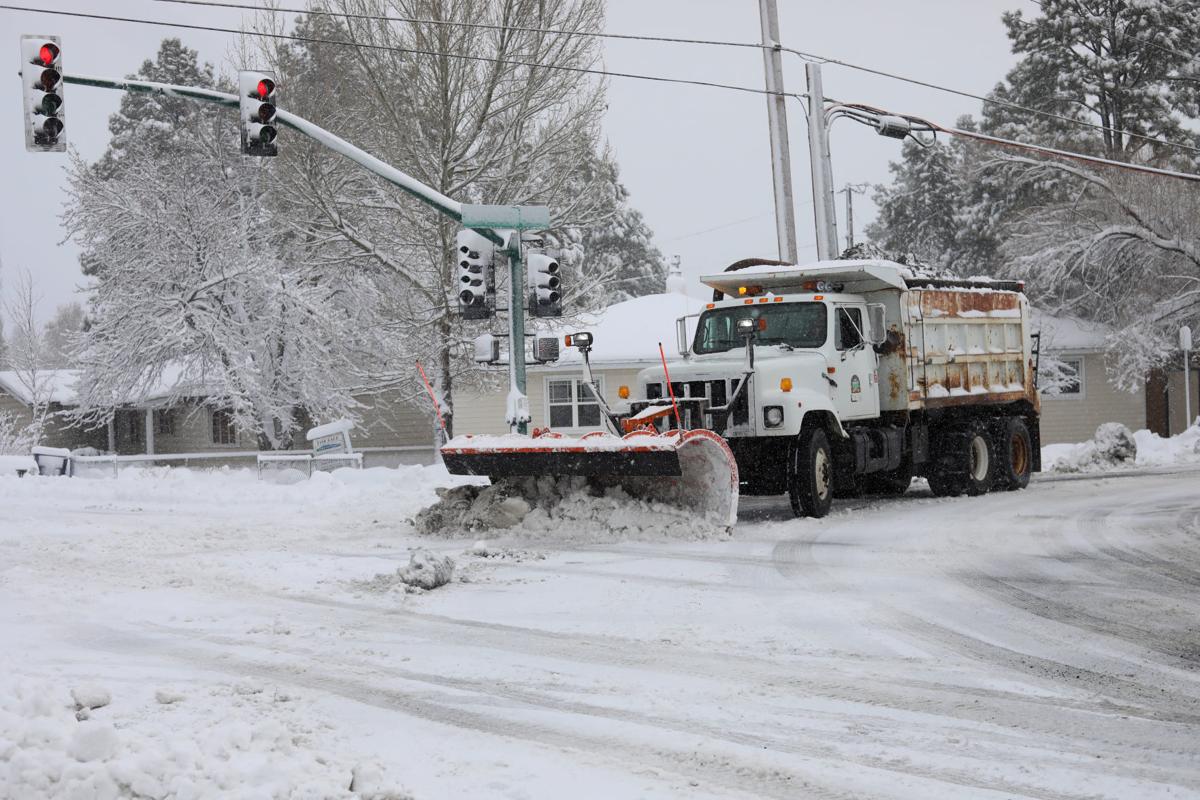 A snowplow for the City of Flagstaff helps clear the road along Forest Avenue onto Beaver Street during the Thanksgiving storm. 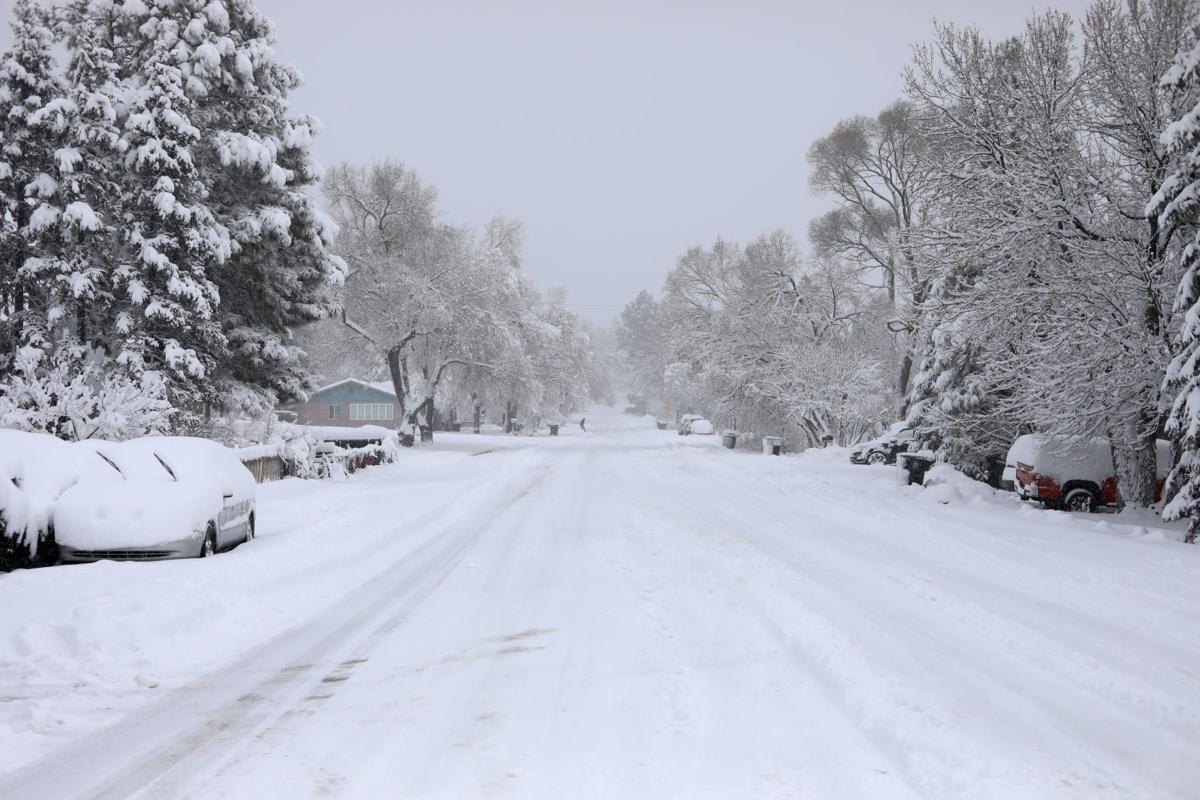 Looking north on Beaver Street, the snow blanketed the neighborhood above downtown Flagstaff on Friday. 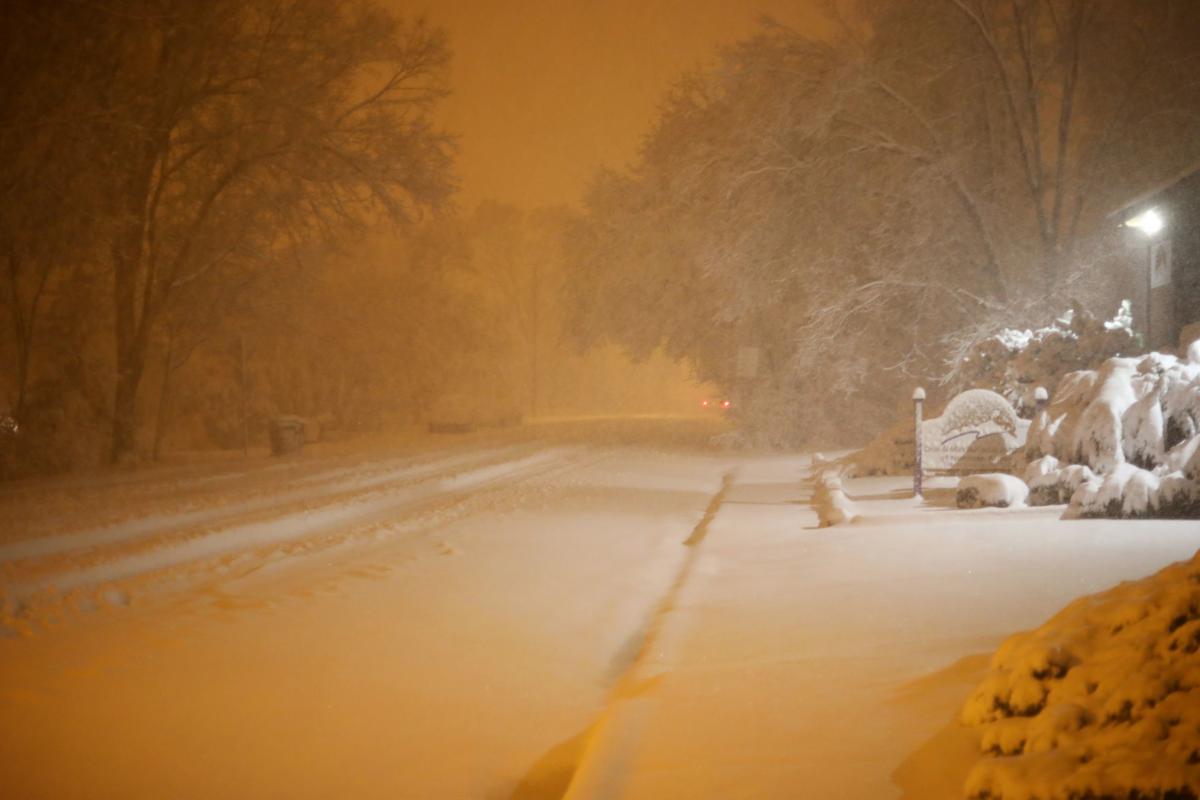 Early-morning commuters left deep tracks in the snow as they drove through the storm Friday morning along North Beaver Street toward Forest Avenue. 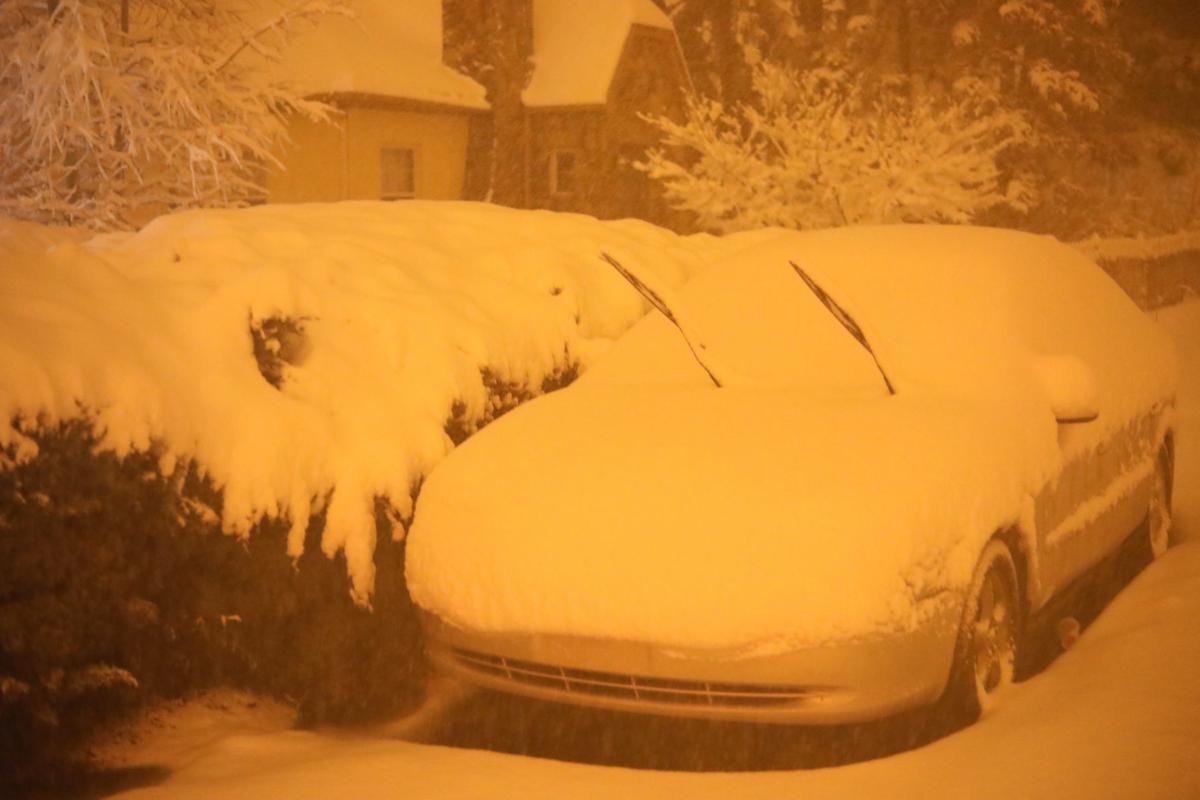 Commuters drive along Forest Avenue on Friday as the snow continued to fall.

A snowplow for the City of Flagstaff helps clear the road along Forest Avenue onto Beaver Street during the Thanksgiving storm.

Looking north on Beaver Street, the snow blanketed the neighborhood above downtown Flagstaff on Friday.

Early-morning commuters left deep tracks in the snow as they drove through the storm Friday morning along North Beaver Street toward Forest Avenue.

A winter storm brought record snowfall and precipitation to the Flagstaff area on Friday, keeping several northern Arizona highways and interstates closed for a portion of the day.

According to the National Weather Service, Friday's storm dropped 14.4 inches of snow on the Flagstaff Airport as of 5 p.m., beating the record of 12.1 inches on Nov. 29, 1985. The storm also led to 1.68 inches of precipitation in the area, topping the previous record of 1.42 from the same year.

Friday's snowfall brings the total for this season well above the normal average for this time of year. Flagstaff typically receives 11.7 inches of snow through this point, but that number is now 21.8 in 2019.

The storm led to multiple closures in the region, particularly in the early parts of the day. Interstates 17 and 40 were shut down in both directions until midday Friday, and accidents in multiple locations led to traffic delays on the westbound I-40 after it reopened.

Interstate 40 was closed at milepost 113 because of a crash involving a semi truck, according to the Arizona Department of Transportation, while Arizona Department of Public Safety officials reported that a collision between two vehicles happened at milepost 195 on the I-40. One semi-truck rear-ended a second semi-truck and led to a minor injury, according to DPS spokesman Jonathan Montes. The injured driver was not transported to the Flagstaff Medical Center.

Early Friday evening, another segment of westbound I-40 was closed east of Flagstaff at milepost 224 due to a jackknifed semi truck.

In addition, there were closures on State Route 87 from Payson to Winslow, SR 89A from Sedona to just outside of Flagstaff, and SR 260 from Camp Verde to Cottonwood.

ADOT stressed that even for open segments of roads and highways throughout northern Arizona, caution is important due to slippery conditions and diminished visibility. Real-time highway conditions are available at az511.gov, by calling 511 or through ADOT's Twitter feed, @ArizonaDOT.

The weather service forecast calls for a reprieve from the storm starting today, with a high near 32 degrees and wind chill values as low as -3. There may be patches of fog Saturday evening as the low dips to 13 degrees. From there, high temperatures will return to the mid- to upper 40s leading up to Wednesday, when another chance of rain and snow enters the equation through the end of the week.

Snow continued to fall throughout Friday morning in Flagstaff.

With rain turning to snow around 3 a.m. Friday morning, the snowstorm dropped inches of snow within a few hours.

When it comes to weather, Arizona is a state of extremes. Not just the desert-mountain divide, either. Maybe it’s the effects of climate chang…