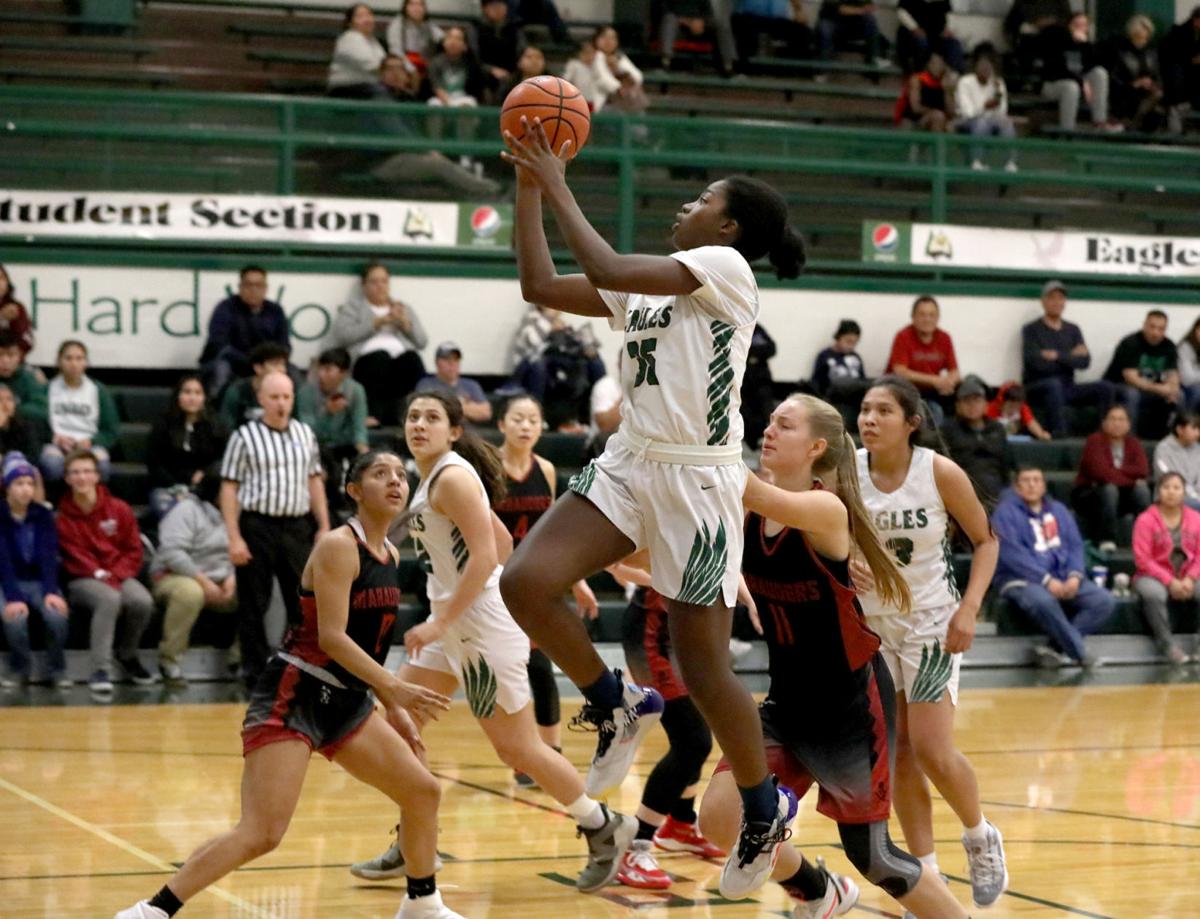 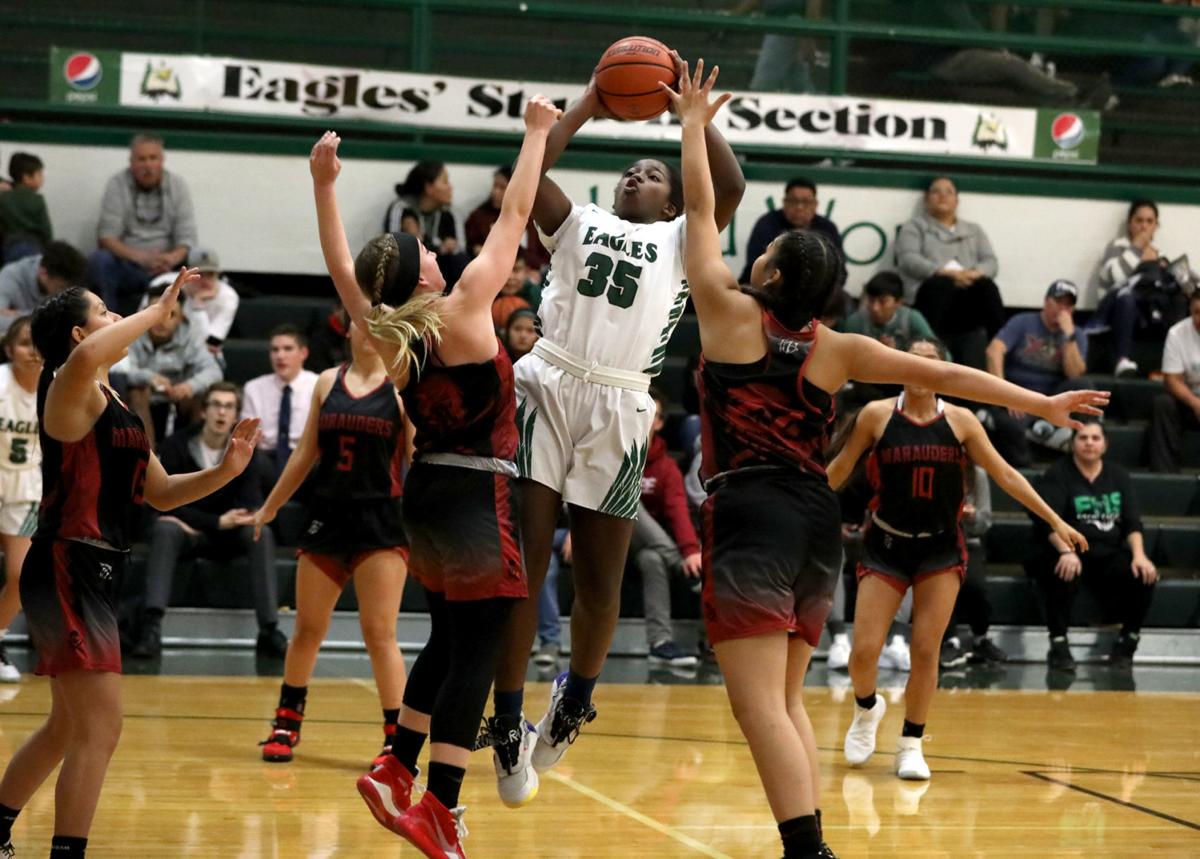 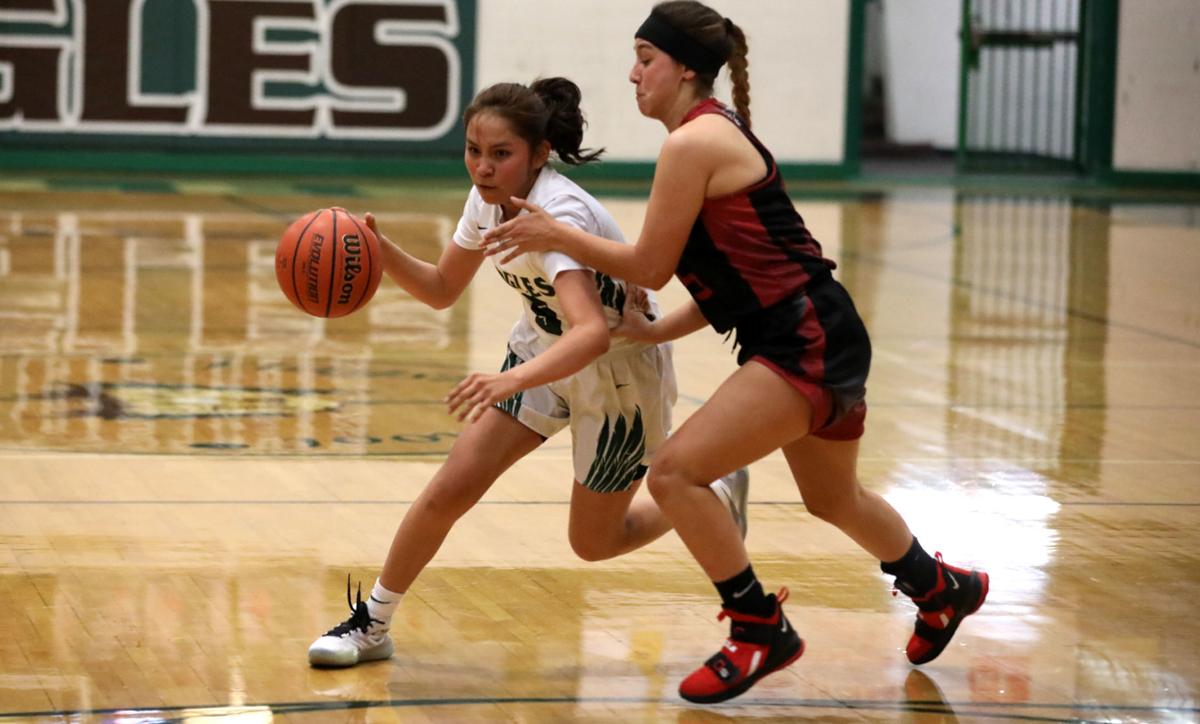 Miyah Verse backed down a Mingus Union defender in the paint, pushing her way to the hoop for an easy third-quarter bucket. A few minutes later, the freshman blocked a pass, picked up the loose ball that fell in front of her and took it for the easy layup.

It was bully ball at its best all night Tuesday for Verse, who matched her career high of 24 points to lead all scorers and the Flagstaff Eagles to a 53-16 home victory over the Marauders.

"She was being aggressive at the basket, it wasn't like she was taking a bunch of jump shots all night," Eagles head coach Tyrone Johnson said. "We like that, that should just be a norm for her. It shouldn't be where this is an exceptional night, she should do this on a daily basis. And whether the outside shots are going or not, we should be able to have that constant in the inside in Miyah."

Verse had 12 points in the third quarter, finishing overall with 12 of Flagstaff's 17 field goals and helping her team win its fifth of the last six basketball games. She sat out the fourth as Flagstaff's reserves went to work with a 48-16 advantage for the final eight minutes.

No. 12 Flagstaff (6-3, 5-0 Grand Canyon Region) gave up just one point to a winless Mingus Union in the second half.

"Frustrating in the first half in the sense that we were lethargic and slow," Johnson said. "We talked about playing our game, playing our way, and we don't necessarily do that."

Coach was happy with how things turned around out of the break.

Gracelyn Nez added 12 points for the Eagles, who started the first half slow but won the third quarter of the meeting of the Grand Canyon Region teams 23-1. Mingus entered the night at No. 45 in the 4A Conference power rankings.

Johnson hardly spoke with the team at halftime, letting them figure out how to put life into the game.

"I think Emma said it right when we were at halftime," Nez said. "She said our energy was really low. Especially during warmups, we came out thinking, 'Oh, Mingus, it's an easy team, blah, blah, blah, and we can do what we want,' and I think that's what it was."

Eagles senior guard Emma Doskicz fouled out early in the third quarter, leaving the game with four points -- a rare off night for the shooter who connected on just one deep 3 Tuesday. When the senior went out, that's when Nez and Verse really went to work, with Verse providing a spark on a coast-to-coast layup and Nez hitting a 3-point on the next Flagstaff possession.

"It's flowing," Nez said of her developing connection with Verse and Doskicz.

"It's coming along," Johnson said of the team starting to find ways to be successful in different situations and getting court chemistry.

Flagstaff is across town to take on Coconino for the first time this season at 5:30 p.m. Both teams enter the rivalry game undefeated in the Grand Canyon Region standings.

The Eagles know they can't sleep when it comes to the Panthers.

A growing group of community members is opposing the rezoning of a 14-acre parcel off Highway 89A, a meadow across from Pine Del Estates that …

SUNDAY FEATURE: Lessons in trail etiquette: A look at sharing space in Flagstaff

It wasn’t a summit meeting, per se. Nor was it held on a summit. Rather, it took place on a prime stretch of forest land near Flagstaff that o…

Coconino County health inspectors will add to an increasing amount of coronavirus protocol enforcement restaurants can expect on Monday, Aug. 10.

PHOENIX — When the sun is up, he’s up and ready to hit the road by 8. Flatbed trucks are loaded with brimming barrels of water, and the teams …

A state historical preservation agency is set to vote Friday on whether to back out of managing three historic sites in Arizona, including Fla…

As a scientist, David Gillette values precise language and facts, the confirmation of quantifiable, empirical truths. So when someone mentions…