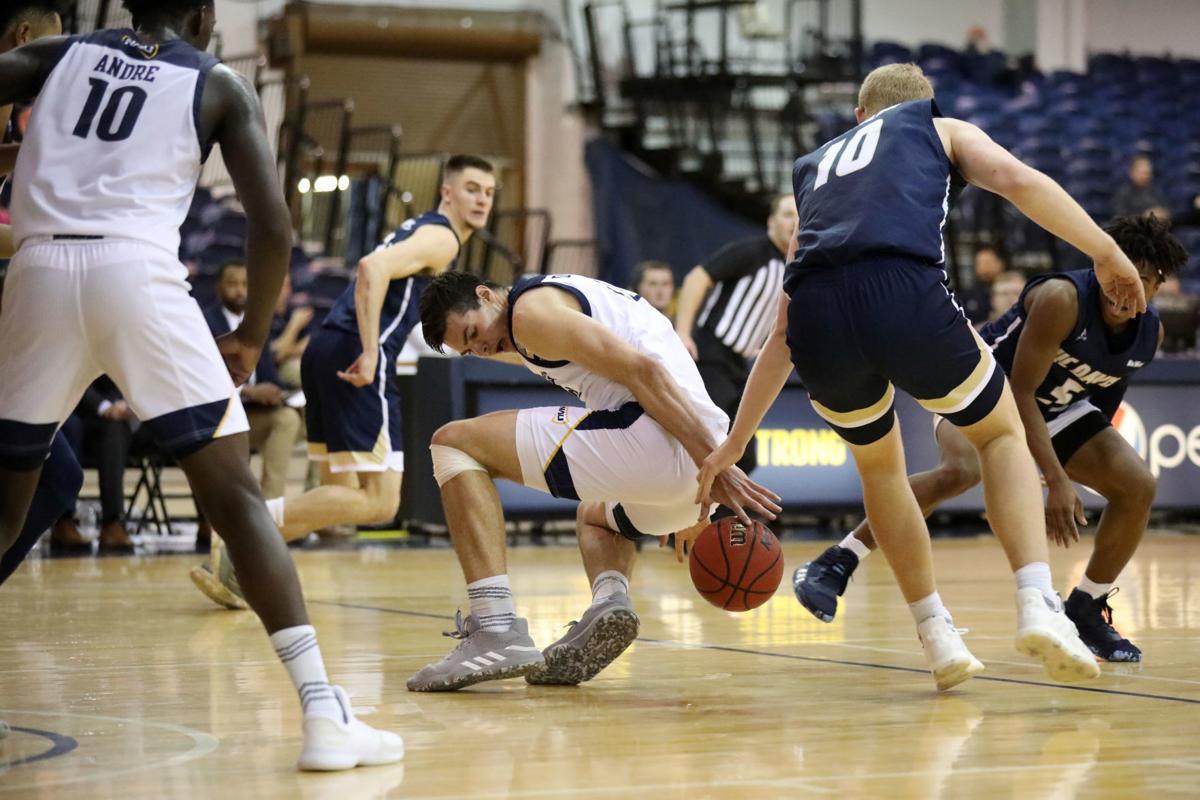 Northern Arizona forward Brooks DeBisschop tries to recover a loose ball behind his back during Wednesday's game against UC Davis in Rolle Activity Center. 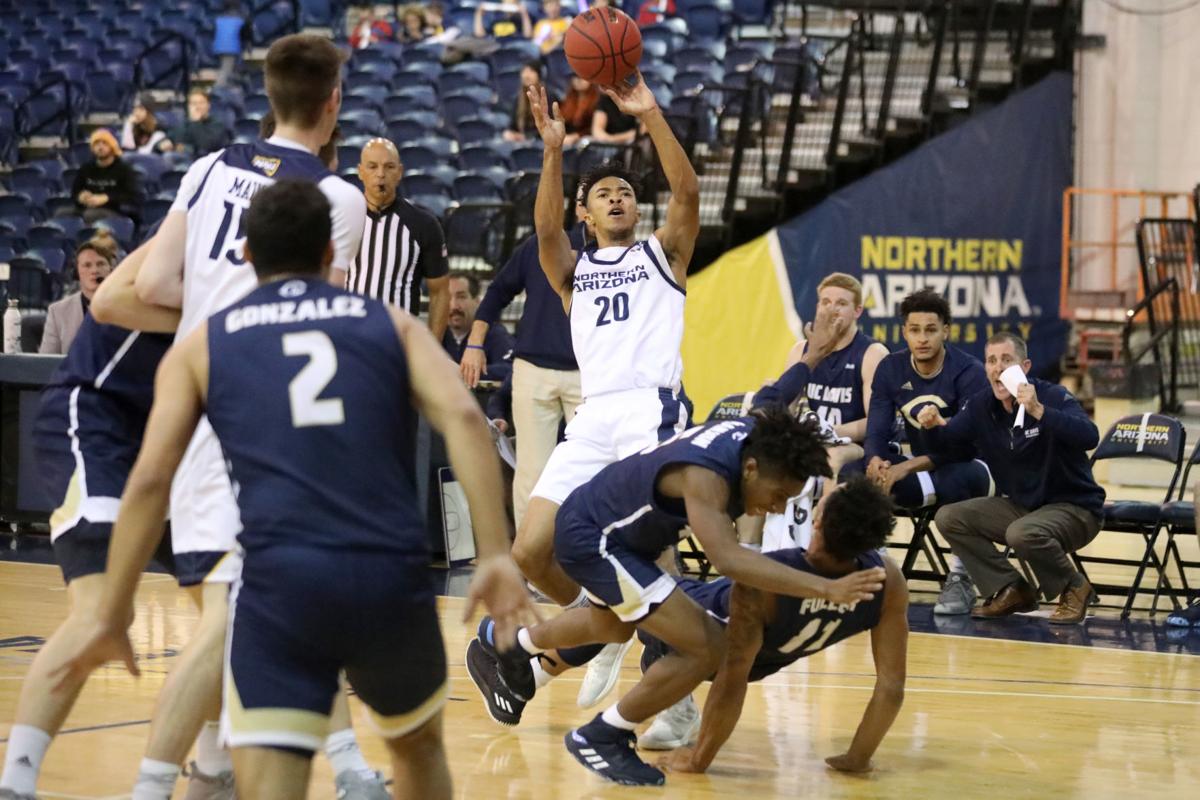 Northern Arizona guard Cameron Shelton (20) pulls up for a jump shot as he is called for a charge during a game against UC Davis in Rolle Activity Center this season.

A Chris Bowling 3-pointer at the buzzer sent the game into halftime tied at 36-all, setting up a potentially exciting finish. But Bowling’s trey lasted as the lone hit from deep the Lumberjacks converted for over 16 minutes as the Lumberjacks lost to the visiting Aggies 85-66 in Rolle Activity Center.

But Burcar added that the team will find the positives in the loss.

Northern Arizona, which dropped to 3-2 after the loss, went cold from behind the arc, finishing 7 of 28 and going just 2 of 13 from deep in the second half. The Lumberjacks played without senior guard Ted McCree for the second straight game due to a sickness, causing some lineup shifts.

Despite the extra minutes across the roster, Avdalovic said it doesn’t matter to him that he played 34 minutes for his second straight game going over the 30-minute mark.

“I’m not one to complain about something like that,” he said following Wednesday’s loss. “Ted is out, he’s sick and that means next man up. If (Burcar) needs me to play extra minutes, then I’ll do the best of my ability.”

Burcar echoed Avdalovic’s sentiment, adding that he isn’t worried about playing him in the mid to high 30s.

“He got good looks,” Burcar said of Mooney. “He knocked down some shots, too. When you’re scoring 35 points you’re kinda in that zone we talk about in sports. He’s a very good player, makes his mid-range. The thing about his shot tonight, I don’t even think it touched the rim.”

It was unclear if UC Davis was just getting good looks against a tired defense, or if the Lumberjacks were blowing defensive coverage.

Northern Arizona opened the second half cold, missing four shots from deep on one possession alone. That possession was a microcosm of the struggles for the team, as the shooting never really got right the rest of the night.

“You got to make shots,” Burcar said. “I talked to the guys at the end of the game, 36-36, they knock down a shot then we scrap like crazy down here and get three or four offensive rebounds. We miss three or four 3-pointers. To win games you have to make a shot. … We got to figure some things out.”

The Lumberjacks went to the 3-point arc on eight of their first 13 field goal attempts of the second half. While the Lumberjacks were stuck in a drought, the Aggies took a 54-44 lead behind Mooney’s dominant second-half performance.

Avdalovic led Northern Arizona with 17 points on 5-of-12 shooting from the field and a 3-of-8 night from 3-point range.

Next, Northern Arizona will face Nebraska-Omaha (5-5) in the Findlay Toyota Center in Prescott Valley on Sunday at 3 p.m.

Northern Arizona forward Brooks DeBisschop tries to recover a loose ball behind his back during Wednesday's game against UC Davis in Rolle Activity Center.

Northern Arizona guard Cameron Shelton (20) pulls up for a jump shot as he is called for a charge during a game against UC Davis in Rolle Activity Center this season.