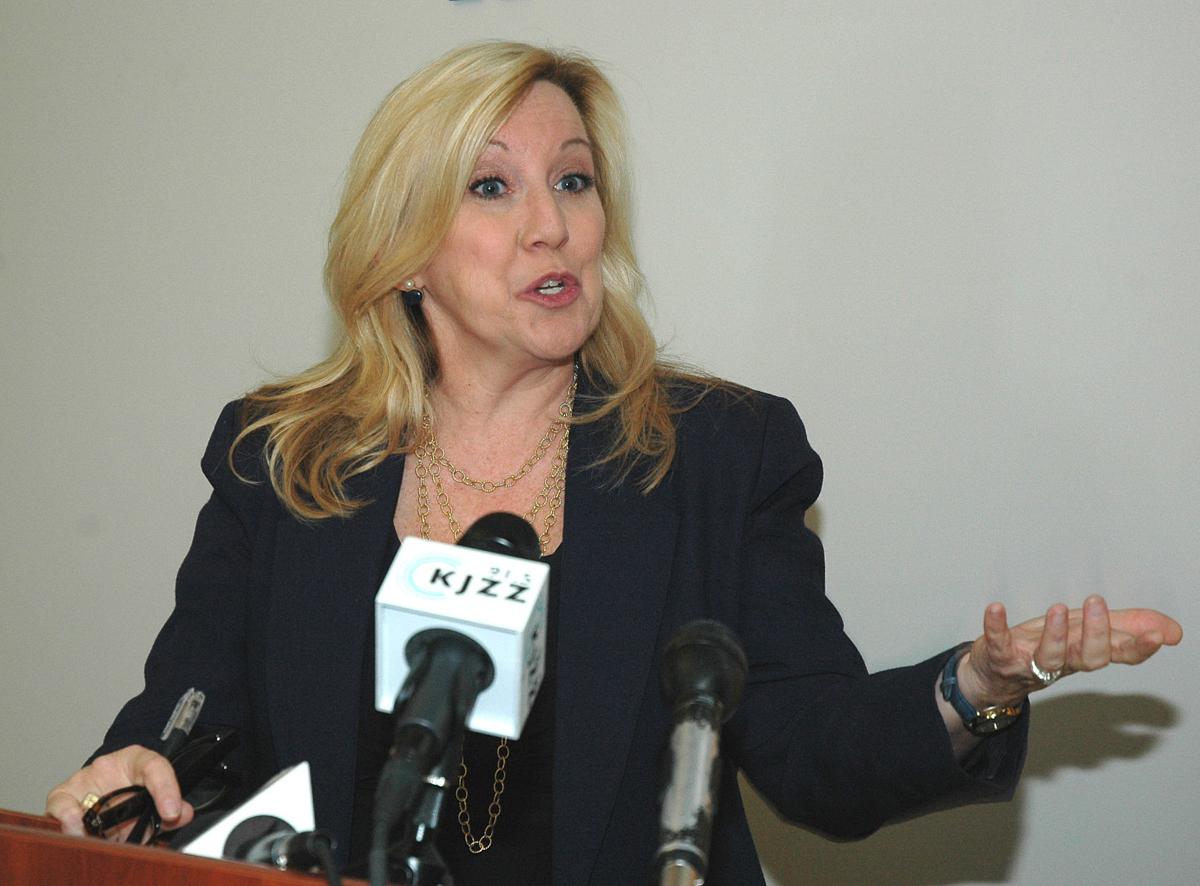 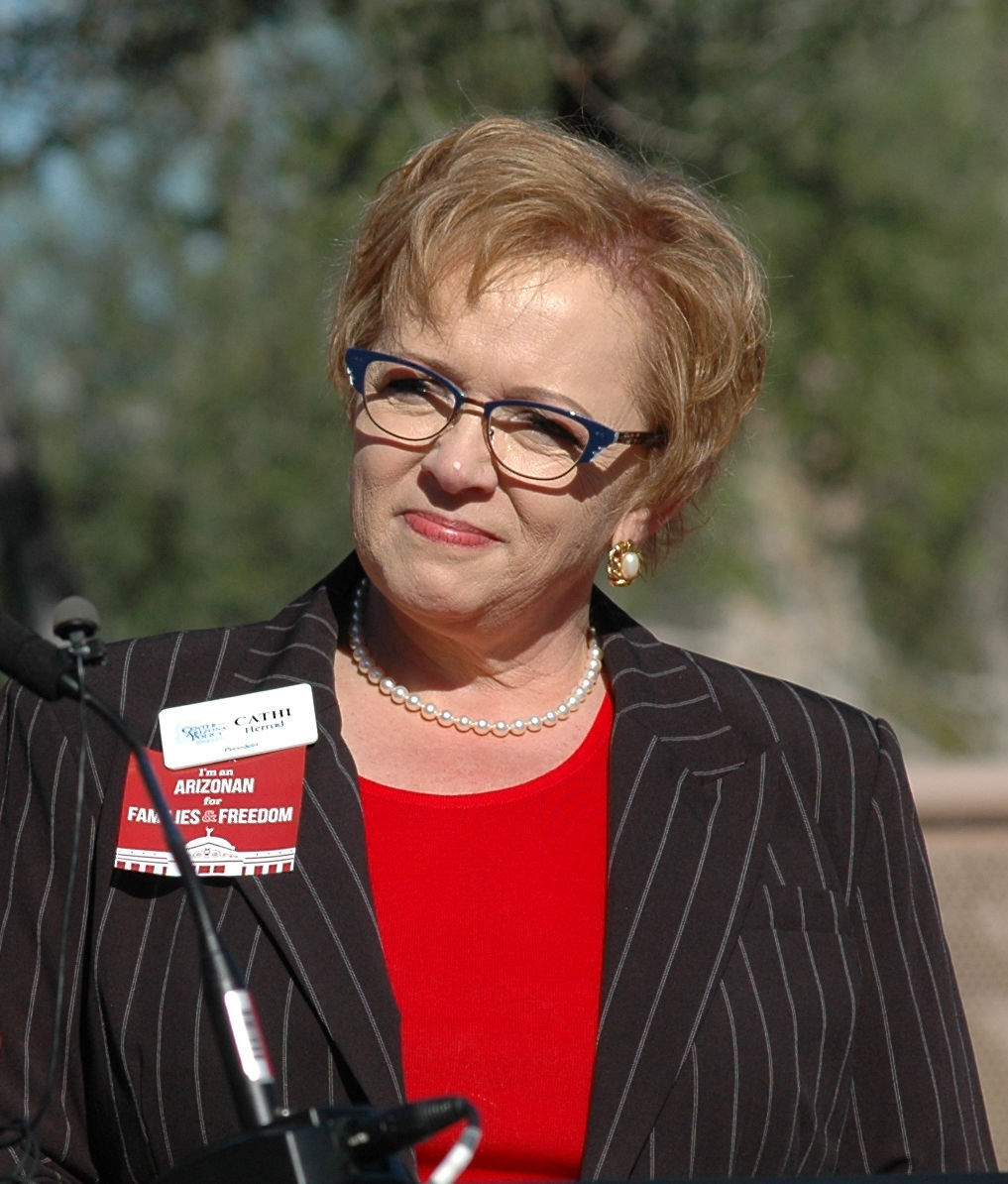 Cathi Herrod, president of the anti-abortion Center for Arizona Policy.

PHOENIX — A new ruling Monday by the U.S. Supreme Court likely voids one Arizona abortion restriction and calls others into question.

In a 5-3 decision, the high court declared unconstitutional a mandate in Texas law that doctors who perform abortions have admitting privileges at hospitals within 30 miles of the clinic. Justice Stephen Breyer, writing for the majority, said there was no medical justification for the requirement.

Breyer said the move meant fewer doctors able to perform abortions, imposing a legally impermissible hurdle on the right of women to terminate their pregnancy.

Senate Minority Leader Katie Hobbs said Monday she will introduce legislation next year to repeal the law in the wake of the ruling. But Hobbs conceded she likely lacks the votes in the Republican-controlled Legislature.

That leaves litigation, according to Jodi Liggett, spokeswoman for Planned Parenthood Arizona. She said that's unfortunate because if Planned Parenthood wins the lawsuit, state taxpayers will be stuck paying her organization's legal fees, as they have done in prior cases.

In the same ruling Monday, the high court also struck down a separate Texas law that required abortion clinics to meet the same standards as outpatient surgical centers, even if only medication abortions are being performed. Breyer said there was "no benefit'' to patients.

Arizona has no identical requirement in statute. But Liggett said Monday's ruling calls into question various Arizona laws that impose special requirements on abortion providers "that have no real basis in health or safety, but are in the 'make it harder' category.''

She called it the "death of a thousand cuts for abortion clinics.''

Cathi Herrod, president of the anti-abortion Center for Arizona Policy, blasted the ruling. Herrod, whose organization crafted many of the measures that Liggett said are now questionable, said the court "gives the abortion industry a free pass'' from health and safety regulations.

"They must be held to the same health and safety standards for invasive surgery as everyone else,'' she said.

But Breyer, in the majority opinion, suggested what Texas was doing actually imposed more stringent standards on abortions than other medical procedures. More to the point, he said there was no apparent reason for it.

For example, he said from 2001 to 2012, there were only five deaths in Texas from abortion.

"Nationwide, childbirth is 14 times more likely than abortion to result in death, but Texas law allows a midwife to oversee childbirth in the patient's own home,'' Breyer wrote. And colonoscopy, which he said normally takes place outside a hospital or surgical center "has a mortality rate 10 times higher than abortion.''

But Senate President Andy Biggs, R-Gilbert, said the comparison among procedures is "fallacious and non-logical.''

"It isn't their job to determine what and how regulations are imposed,'' he said. "That is a legislative function.''

But Biggs, a Republican candidate for Congress, acknowledged he approaches the issue from a particular bias: He is opposed to all forms of elective abortion and wants to overturn the historic 1973 Roe v. Wade decision, which concluded women have a constitutional right to abortion.

Herrod, who has consistently said all the laws her organization proposes are about protecting women's health, also was not persuaded by Breyer's points about unregulated childbirth being more hazardous than abortions.

"We can't address every issue that's out there,'' she said.

For the moment, there will be no immediate change in Arizona law.

"We are evaluating the part on admitting privileges,'' said Holly Ward, spokeswoman for the state Department of Health Services.

"We're looking to get guidance from the attorney general's office,'' she said, something that might take a week. "If there is any change we would notify our providers, just like any rule or law change.''

Breyer said the state "has a legitimate interest in seeing to it that abortion, like any other medical procedure, is performed under circumstances that insure maximum safety for the patients.''

But he said states cannot place a "substantial obstacle in the path of a woman's choice'' even if there is a valid state interest. And he said that "unnecessary health regulations that have the purpose or effect or presenting a substantial obstacle to a woman seeking an abortion impose an undue burden on the right.''

Using that as a touchstone, Breyer said the requirement for admitting privileges and the Texas standards for abortion clinics both fail that test.

Breyer said the record shows that abortion in Texas "was extremely safe with particularly low rates of serious complications and virtually no deaths occurring on account of the procedure'' even before the 2013 change in the law.

"Thus, there was no significant health-related problem that the new law helped to cure,'' he noted. "We add that, when directly asked at oral argument whether Texas knew of a single instance in which the new requirement would have helped even one woman obtain better treatment, Texas admitted that there was no evidence in the record of such a case,'' Breyer noted.

He also said many hospitals require doctors to admit a certain number of patients a year to gain admitting privileges. But Breyer said that, given the low rate of complications, many abortion providers could not meet those hospital-set goals, creating an effective Catch 22.

"In a word, doctors would be unable to maintain admitting privileges or obtain those privileges for the future, because the fact that abortions are so safe meant that providers were unlikely to have any patients to admit,'' he wrote.

And Breyer said there is evidence that abortions taking place at clinics are safe, "indeed, safer than numerous procedures that take place outside hospitals and to which Texas does not apply its surgical-center requirements.''

Cathi Herrod, president of the anti-abortion Center for Arizona Policy. 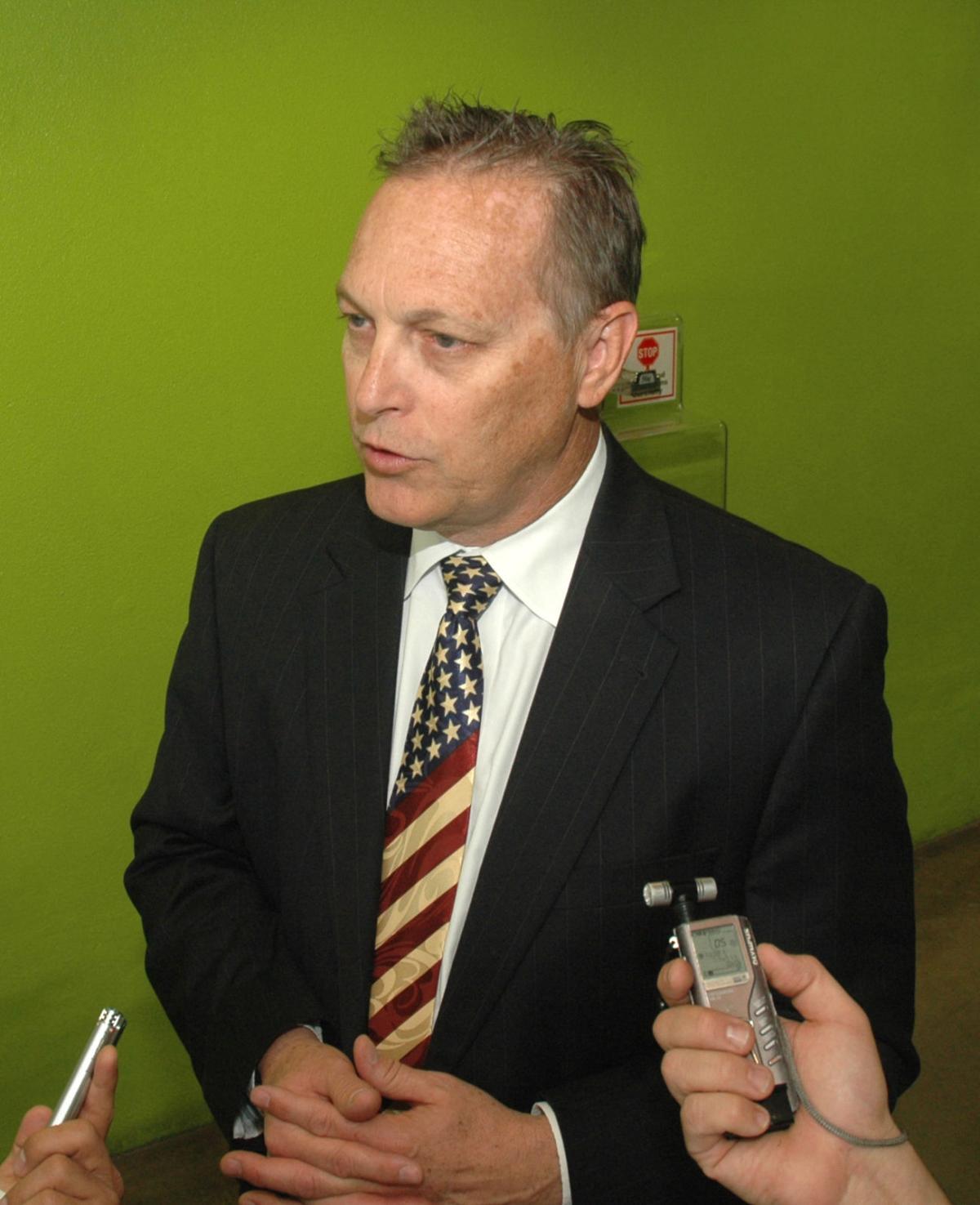