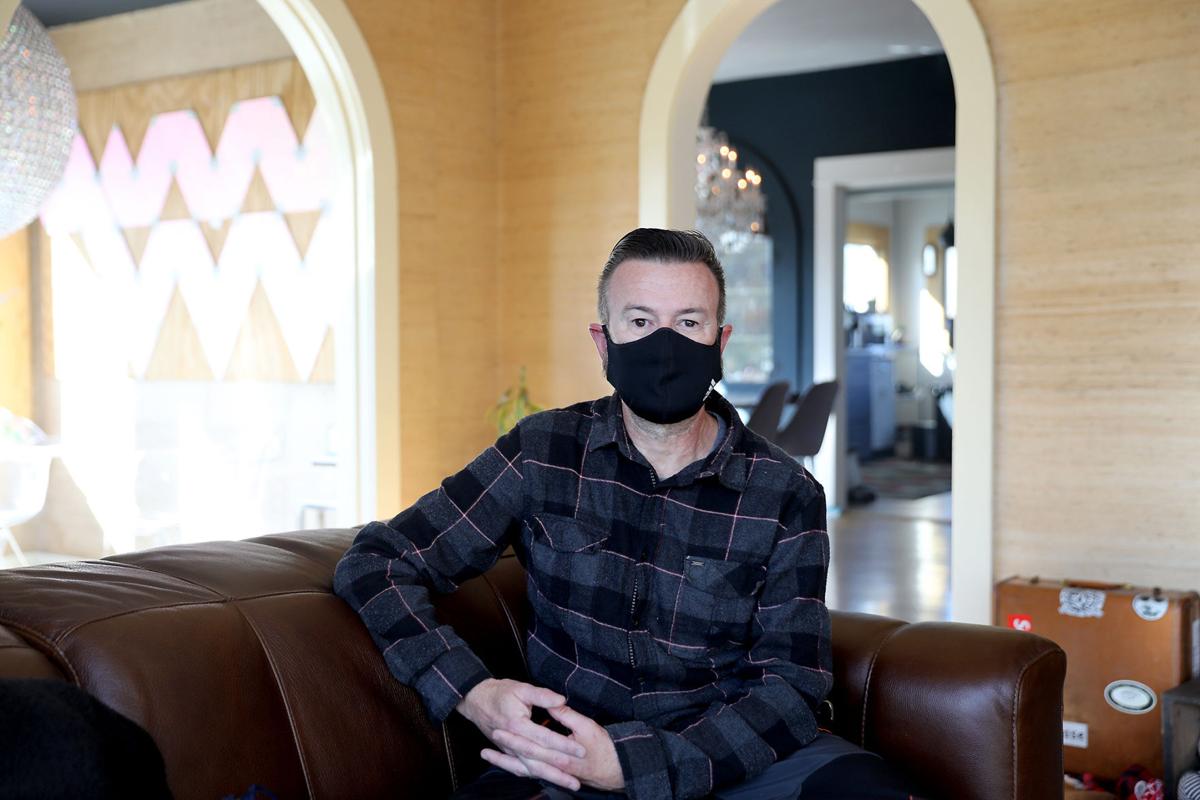 Ben Bethel, who came down with COVID-19 in May, is still suffering lingering effects of the virus six months later. He lost his sense of smell for 11 weeks and has had a bout of dangerous low blood pressure and debilitating headaches. 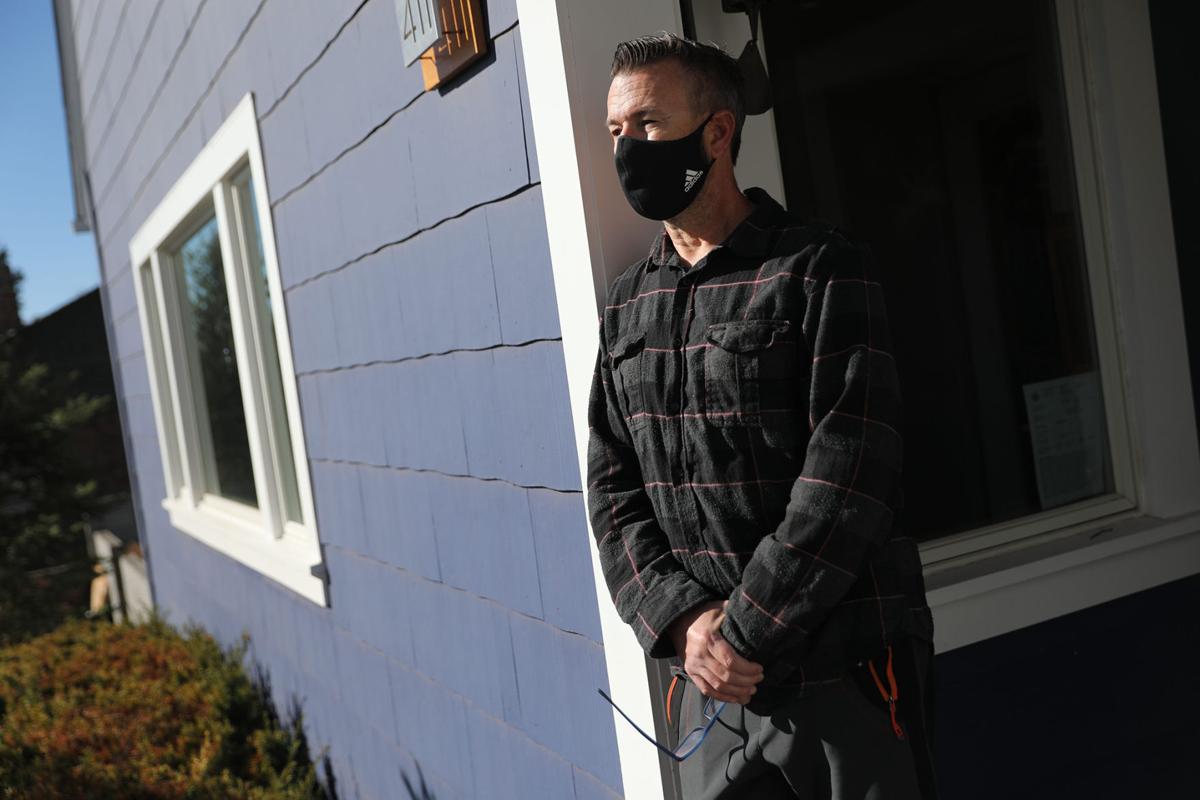 Ben Bethel, who came down with COVID-19 in May, is still suffering lingering effects of the virus six months later. He has shared his story in hopes that others will take the coronavirus seriously.

The coronavirus is not, strictly speaking, back. Truth is, it never left, and the insidious thing about COVID-19 is how it can affect so many people in such divergent ways.

Some are asymptomatic and hardly notice. Some are intubated and may not make it. And then there are people like Flagstaff resident Ben Bethel, who contracted a rather mild case of COVID-19 on May 5 but never really — that is, fully — recovered. The virus, in sufferers like Bethel, lingers and manifests in ways that so far defy medical explanation.

It is not at all rare that some people carry the ill-effects of COVID well beyond their initial sickness. Nearly nine months after the coronavirus reached the United States, the Centers for Disease Control and Prevention and the Mayo Clinic report that some patients have long-term complications, such as fatigue, a persistent cough, headaches and joint pain. In more serious cases, some have scarred lungs and inflammation of the heart.

That news is troubling because, on Friday, Coconino County reported record levels of infection: 361.7 cases per 100,000, up from 211.9 the week before. The infection percentage is 11.2.

For Bethel, who at 49 was fit and healthy and bore no pre-existing conditions, the post-COVID problems have consisted of continuous headaches and persistent neck pain, as well as a scary episode in early October in which his body inexplicably began to shut down, his blood pressure plunging to 86/34 and his temperature ebbing to 94.5 degrees.

Though tests showed his heart is not damaged and a normal blood-pressure reading returned — as did his sense of smell after an 11-week absence — Bethel still does not feel fully himself. He said he will undergo an MRI this week to determine the source of the headaches.

“Too many people focus on the very serious aspects, the fact it can cause death and that it can cause people to be intubated in an ICU,” Bethel said. “But there’s a much larger percentage of the population that gets this virus and has long-term side effects. They may not be horrible side effects, they may not be debilitating, but I can tell you it’s a nuisance to have to deal with neck pain and headaches daily.”

Bethel has chosen to share his ordeal to inform others that the coronavirus is nothing to take lightly.

He said he lived through the AIDS epidemic in the 1980s and saw “hundreds of friends and acquaintances pass away, so when I see this happening now, this is a much more truly contagious virus, and it’s something that people need to take seriously.”

More specifically, Bethel’s plight can be seen as a cautionary tale aimed at those who believe the virus, for most, is little more debilitating than a bout with the flu. And with coronavirus cases rising once more in Coconino County and throughout Arizona and the nation, he hopes the populace will be more vigilant about precautions such as mask-wearing, social distancing and avoiding public gatherings.

The thing is, though, Bethel and his partner, Uri, were vigilant all spring. Bethel, who moved to Flagstaff in 2015, always wore a mask in public, sometimes donned gloves as well, and remembered to keep hand sanitizer close by.

And yet, on May 5, he tested positive.

Bethel cannot, of course, pinpoint exactly where and from whom he contracted the virus, but he suspects it was the result of an April 29 trip down to Phoenix to check on some rental properties and other investments. Bethel is the former owner of the upscale Clarendon Hotel and Spa in midtown Phoenix and says he’s now mostly retired after cashing out last year.

“We were very isolated and cautious to the point that we weren’t going anywhere outside of Flagstaff,” he said. “I even wore gloves when I ran errands down in Phoenix. But …”

But five days later, he noticed some symptoms — mild but telling.

“It was odd,” he said, “I was eating food I had delivered from a place I really like and I thought, ‘Gosh, I wonder if they’re cutting corners because of the economic problems,' because (the food) didn’t taste right. I thought I’d send them an email and tell them their food was really bland.”

Turns out, he had lost his sense of smell, which blunted the taste.

“Then I was on video call with my parents, and I was messing around with my thermometers to show them I had one to test myself. And I pointed it at my forehead and it (read) 101.5, and I was like, ‘Whoa. I guess I have a fever.’ That explains everything.”

A test confirmed it. But Bethel counted himself fortunate because his symptoms were relatively mild. He was in bed for nearly two days with a fever, but nothing debilitating, no serious breathing problems.

Except his sense of smell didn’t return for another three months.

Except for that idiopathic incident of his blood-pressure drop and body temporarily shutting down.

Except for the headaches and neck that persist to this day, despite visits to a chiropractor and massage therapy.

“I didn't get an antibody test until late June then Sonora Quest lost my results for a few weeks, and this test (eventually) came back negative. But I was told antibodies may not last very long," he said.

Meaning that, perhaps, the coronavirus might come back for a return engagement. Medical experts still aren’t certain whether those infected can be re-infected, although anecdotally some cases have been reported nationwide.

“I feel very fortunate that I haven't suffered as much as other people around me and in our hard-hit community,” Bethel said. “But these long-term effects don't seem to be talked about enough. … Will these be issues that we live with forever?”

Bethel pulls no punches when speaking of his frustrating with perceived shortcomings of governmental leaders in the pandemic and laments that many citizens still do not seem to heed medical advice on precautions to take.

“This is frustrating to say the least,” he said. “This is pretty basic science and math and we need to take this more seriously. Sadly, the entire country has fallen victim to a less-than-unifying message from President (Donald) Trump and Gov. (Doug) Ducey. We really could have COVID under control and minimized lost lives and damage to the economy by March or April if we acted more responsibly from the get-go.

“I have to try to not try to control others, but I also will keep myself away from those who don’t take care of themselves. I’ll stay away from people not taking the necessary precautions to slow the spread of this virus, and I look at them as people who just don’t care about themselves or other people.”

His post-COVID health scares not only have cost him time and money, but his peace of mind has been disturbed. He never had any heart problems before the Oct. 1 blood-pressure drop, but it necessitated a visit to his cardiologist in Phoenix, where he underwent a battery of tests to ensure there was no damage.

His headaches are with him, to various degrees, constantly. His physician in Flagstaff has ordered an MRI to determine the cause, but Bethel suspects that it’s COVID-related, given that they started in May at the same time he tested positive.

He said he’s received support from friends and medical professionals through the situation.

“I’m very thankful that we live in a pretty progressive, science-based community here in Flagstaff,” he said. “We’re not filled with too many people who have suspicious opinions of this virus.

“What I take from experiencing all this is that people need to do what they can to avoid getting this virus in the first place, so that once there is an effective vaccine, they can actually have a vaccine that works. The vaccines don’t work if you’ve already had the virus. The way things are going right now, it’s just closing in on everybody. It’s just simple math -- a virus that just keeps spreading.”

Coconino County was awarded the Inclusive Workplace Award by the Diversity Leadership Alliance, which works with the Arizona State affiliate o…

Ben Bethel, who came down with COVID-19 in May, is still suffering lingering effects of the virus six months later. He lost his sense of smell for 11 weeks and has had a bout of dangerous low blood pressure and debilitating headaches.

Ben Bethel, who came down with COVID-19 in May, is still suffering lingering effects of the virus six months later. He has shared his story in hopes that others will take the coronavirus seriously.