Fauci now supports national mask mandate, says US 'not in a good place.' Get the latest. 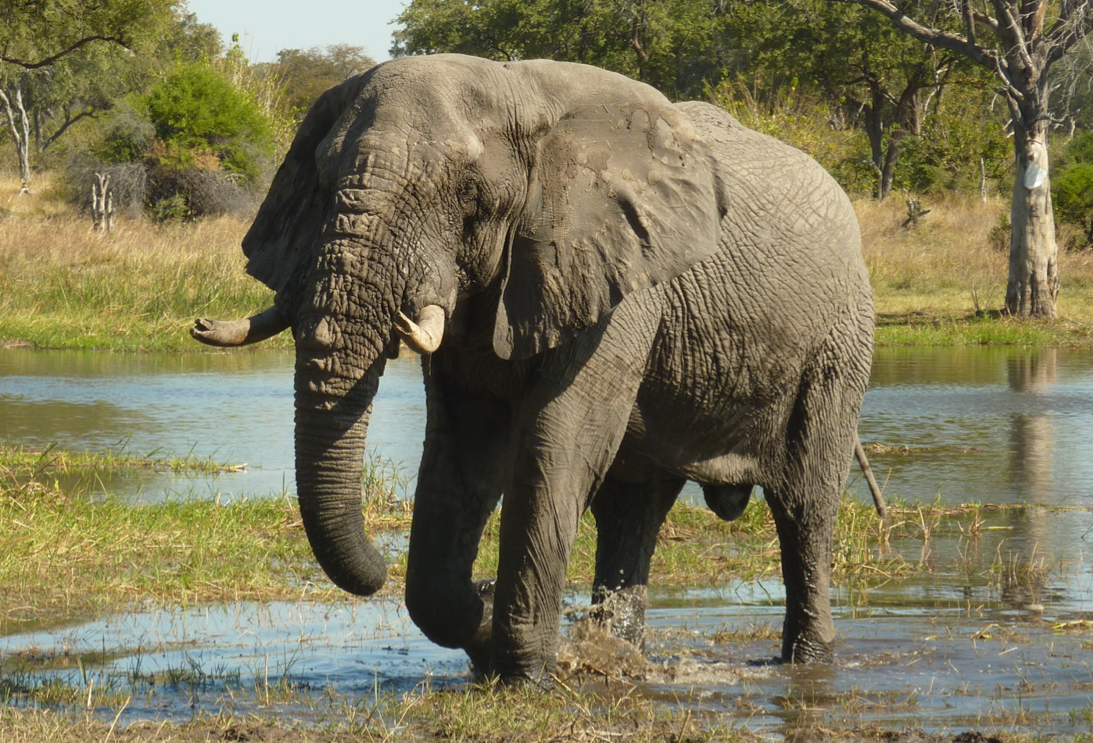 An elephant in Africa. A recent study suggests that large plants and animals, referred to as "megabiota," are important to the health of ecosystems. 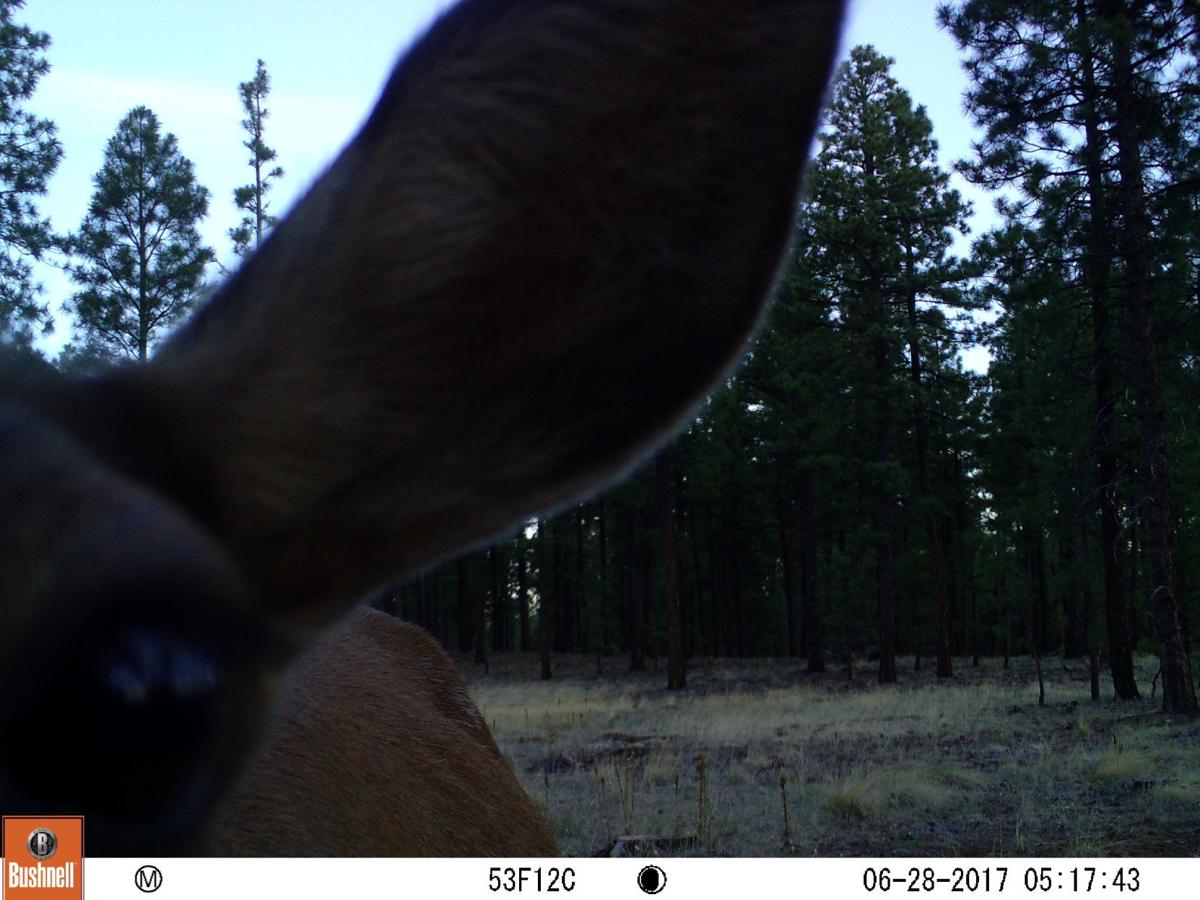 A deer gets up close and personal in this camera feed provided by Chris Doughty. 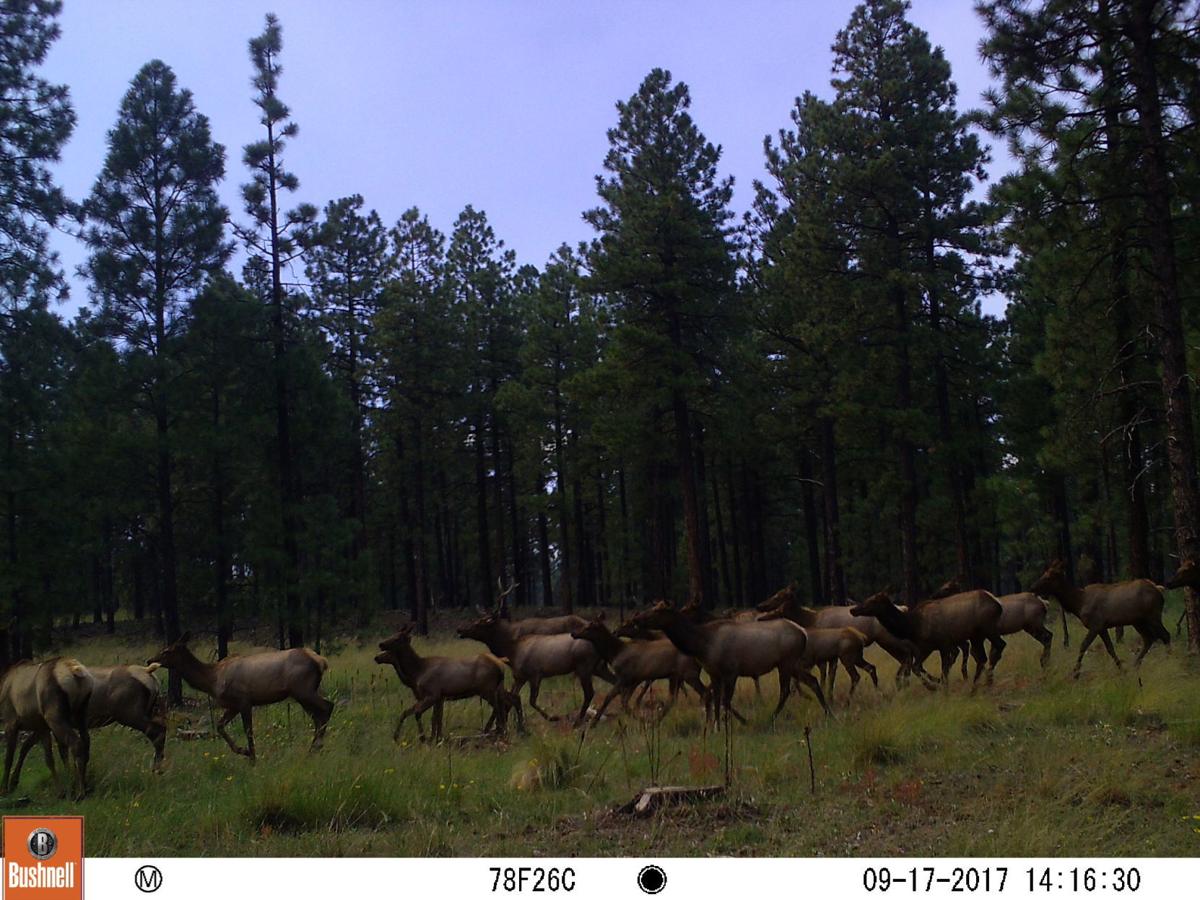 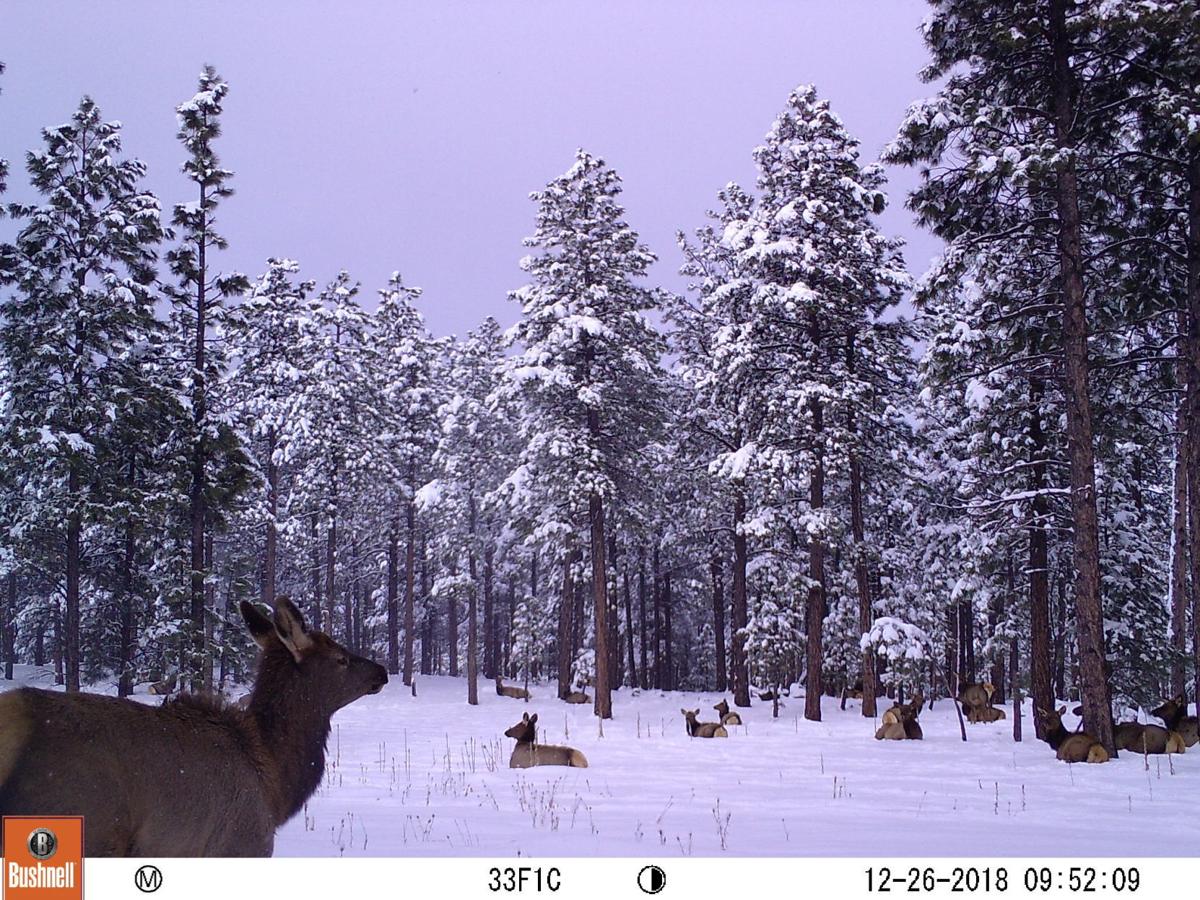 A recent study has found that as animals go extinct, small plants and animals cannot make up for the loss of larger creatures.

NAU researcher Andrew Abraham said that is a big deal considering separate research has suggested that in a few centuries, the cow will be the largest animal on Earth. However, the study also found that protecting these larger creatures, normally across larger areas, is more economically viable and productive for the entire environment.

The study published in Nature Communications showed that these “megabiota” — a term this study created to describe these large plants, and large animals over 100 pounds — are more valuable because the animals tend to spread more nutrients and plants sequester more carbon than smaller plants and animals.

Although the alternative problem is that megabiota are similarly more vulnerable to the shifts caused by climate change.

Chris Doughty, an NAU researcher who worked on the study, said the findings are especially important as people make decisions about what animals receive the limited resources humans have dedicated to conservation work. Locally, living animals like elk and ponderosa pines fit the description of a megabiota.

“We just don’t have the resources to save everything. In an ideal world we’d save anything,” Abraham said. “Inevitability, people donate money into [conservation efforts] and latch onto charismatic species. Whether they’re sequoias, giant redwoods, whether it’s a rhino in Africa, it’s very easy to go for the ones that people understand.”

Within the scope of the study, the researchers found larger animals are important to large ecosystems in part because of their feces.

Abraham used an example saying elephants eat over 600 pounds of vegetation per day. The food provides the animals energy to walk an average of 40 to 50 miles, connecting otherwise distant ecosystems. Through the tons of feces left over its lifetime, the leftover nutrients and seeds that survive its digestion process can lead to a more healthy and nutrient-rich ecosystem.

Researchers found the loss of large animals could lead to a 92% loss of nutrient dispersal and reduce the weight of plants and animals by 44%.

“A world that is connected by these large animals is a bit more vibrant, and promotes more life through this dispersal process that is unique to large animals,” Abraham said.

The study uses new models show the impact of different plants and animals on ecosystems across the world, both by its presence and its absence. Abraham acknowledged the models required simplifying certain parts of the outdoors, but said the models are still essential to beginning to understand important biological questions.

Until now, researchers had wondered whether having a multitude of smaller animals could make up for missing larger animals. But the study, using these new models, has found that is not the case.

Of course the type of species changes how beneficial it is, Doughty said, but broadly, deciding to protect larger species of animals can also be beneficial for smaller species.

Relying again on the elephant example, the researchers explained the huge herbivore needs a large space to survive. Any protected large area will also include smaller plants and animals that are protected within it.

“The drive to save the biggest and cutest types of animals actually makes sense,” Doughty said. “It doesn’t mean we should not save smaller things, but if you save a big area — and save it for big animals and big plants — you tend to conserve an intact ecosystem at the same time.”

However, by being so large, the megabiota are also more sensitive to change.

The study found that as body sizes increase by 10 times, animals become 300 times more likely to become extinct during periods of environmental change.

One reason is because the large animals tend to reproduce less. Researchers also suggested the megabiota's large need for land, human land use, climate change and hunting can whittle down the available land.

“They’re kind of already at their physiological limits. They’re already pushing the boundaries of how large things could be,” Abraham said.

Abraham said as the larger megaboita become extinct, humans will have to figure out how to fill in those roles in the ecosystem.

"Some of the services they used to provide, such as seed dispersal, we probably still have remnants of today," Abraham said.

Colorado River drying up due to climate change, study says

A new study suggests that for every degree Celsius of climate warming, water flow from the Colorado River will decrease approximately 9.3%.

Pluto at home in Flagstaff after 90 years

Whether planet or not, designation has not reduced the widespread impact of Pluto which, since its discovery 90 years ago, has become establis…

When a balloon popped in Mykella Jones’ hands during her first birthday party, the infant wasn’t startled. Her parents were, though. After a series of professional and at-home tests, including banging on kitchen pots and pans, the diagnosis was clear: Mykella was deaf.

An elephant in Africa. A recent study suggests that large plants and animals, referred to as "megabiota," are important to the health of ecosystems.

A deer gets up close and personal in this camera feed provided by Chris Doughty.