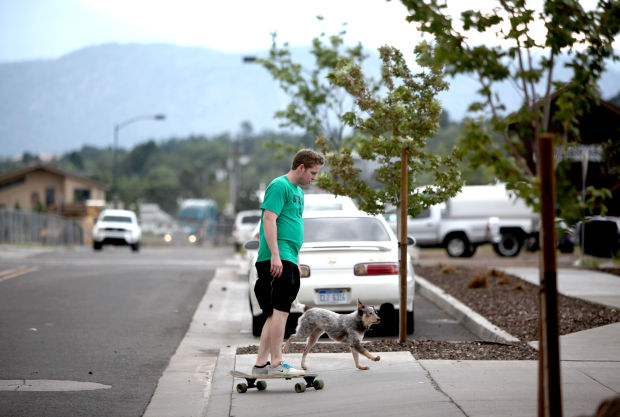 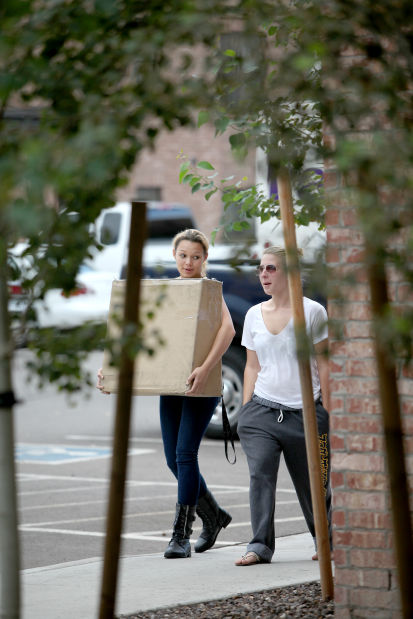 Jahsana Banks, 19, left, and Lauren Lippman, 18, walk back to their apartment at The Grove Tuesday morning. The pair said that their move in was "pretty painless." (Jake Bacon/Arizona Daily Sun)

NAU’s Mountain Campus once again is abuzz with students — lots of them.

Enrollment on today’s first day of classes is up by nearly 1,000 over last year, with the freshman class alone up by nearly 500.

More than 8,000 students are living in campus housing, and the early-semester squeeze is on. Some students are temporarily housed in converted lounges and exercise rooms, and 837 freshmen are living in triples — each will save $1,000 during the academic year for tripling up.

NAU officials pushed back the first day of classes to today instead of Monday to accommodate the now-absent Arizona Cardinals’ summer training camp. The late start gave students who came to campus Saturday for the university’s official move-in day four days of free time.

NAU officials attempted to keep those students out of trouble by scheduling fun events for them during the first week of school.

Among the events intended to keep students busy over the weekend were a welcome back dinner, concert and block party on campus.

Corporal Joe Tritschler of Northern Arizona Police Department’s Office of Public Affairs said there have been few major incidents despite a delay between NAU’s move-in day and the first day of class.

“So far it’s been pretty quiet,” Tritschler said. “There hasn’t been any thing extremely overwhelming.”

NAU police have made several DUI arrests and responded to one report of a stolen dorm room refrigerator, but Tritschler said that is normal for the first week of class. He said high visibility of NAUPD officers on campus probably discouraged students from participating in rowdy behavior. He also said the weekend’s storms likely had a big effect on crime.

“We were kind of lucky,” Tritschler said. “When the weather is nice, people want to go out and get in trouble.”

Despite the relative calm, there was at least one stunt in a residence hall that required police attention this week. Staff at Sechrist Hall called NAUPD around 9:45 p.m. Monday to report that a pair of chickens were on the loose inside the dorm.

“Someone was playing a little practical joke,” Tritschler said. “We sent a couple of officers over, they collected the chickens and we brought them to the Humane Society.”

Facial recognition tech being tested for US flights

Facial recognition tech being tested for US flights

Although construction has been nearly constant in recent years and nearby streets have been torn up, getting to and around campus has gotten e…

Jahsana Banks, 19, left, and Lauren Lippman, 18, walk back to their apartment at The Grove Tuesday morning. The pair said that their move in was "pretty painless." (Jake Bacon/Arizona Daily Sun)