Most of that growth appeared to be along the western side of Highway 180, which remains closed. It appeared the fire also grew somewhat in the northeast, although firefighters were directly attacking the fire in that area Tuesday in order to prevent several structures associated with Cedar Ranch.

Shaffer said a large part of the increase in the acreage came as their burnout operations along the west side of 180 connected with the main body of the fire. Those operations use prescribed burns ahead of the fire to consume fuel sources, preventing the fire from moving into those areas.

Shaffer said fire officials were expecting some increases fire activity as winds began to pick up Wednesday afternoon. Higher winds are also expected to continue later in the week. But Shaffer said they are planning for that eventuality.

Fire managers have identified a 3,000-acre perimeter for where they expect the fire to spread and be contained within. Still, as the fire spreads, Shaffer said they are hoping to direct it northward, away from any structures.

As of Wednesday, the fire was at 0% containment.

Because of the geography of the area, the location of Highway 180, and the different strategies firefighters are using to work the fire east and west of the road, Shaffer said fire managers on the scene have told her it is starting to feel like they are working on two separate fires.

West of 180, where the fire originated, firefighters continue to use more passive strategies to contain the fire such as prescribed burns. Meanwhile, east of 180, firefighters were using hand tools, water trucks, bulldozers and fire engines to attack the blaze directly.

Shaffer said there are now 150 personnel working on the Slate Fire after a fourth crew of hotshots have arrived to assist. The Zigzag crew from the northwestern United States joined the Del Rosa, Arrowhead and Mendocino hotshot crews, all from California, who have been working the blaze.

Another hand crew, eight engines, two bulldozers, two water trucks and a helicopter are also all working the fire.

At this point there is still no estimated time that 180 might reopen. The road, which is closed from Cedar Ranch to Kendrick Park, has now been closed for over two days.

Motorists should avoid Highway 180 north of Kendrick Park, and visitors to the Grand Canyon National Park should use Highway 64 from Williams in order to access the entrance to the park.

Recreation sites in the area remain closed, including the Red Mountain and Slate Mountain trailheads, Kendrick Cabin and a portion of the Arizona Trail from Kelly Tank (mile 603.3) and Cedar Ranch (mile 616.2).

The fire was called in by a Coconino County Sheriff's Officer at 3 a.m. Monday, and the cause is still under investigation. 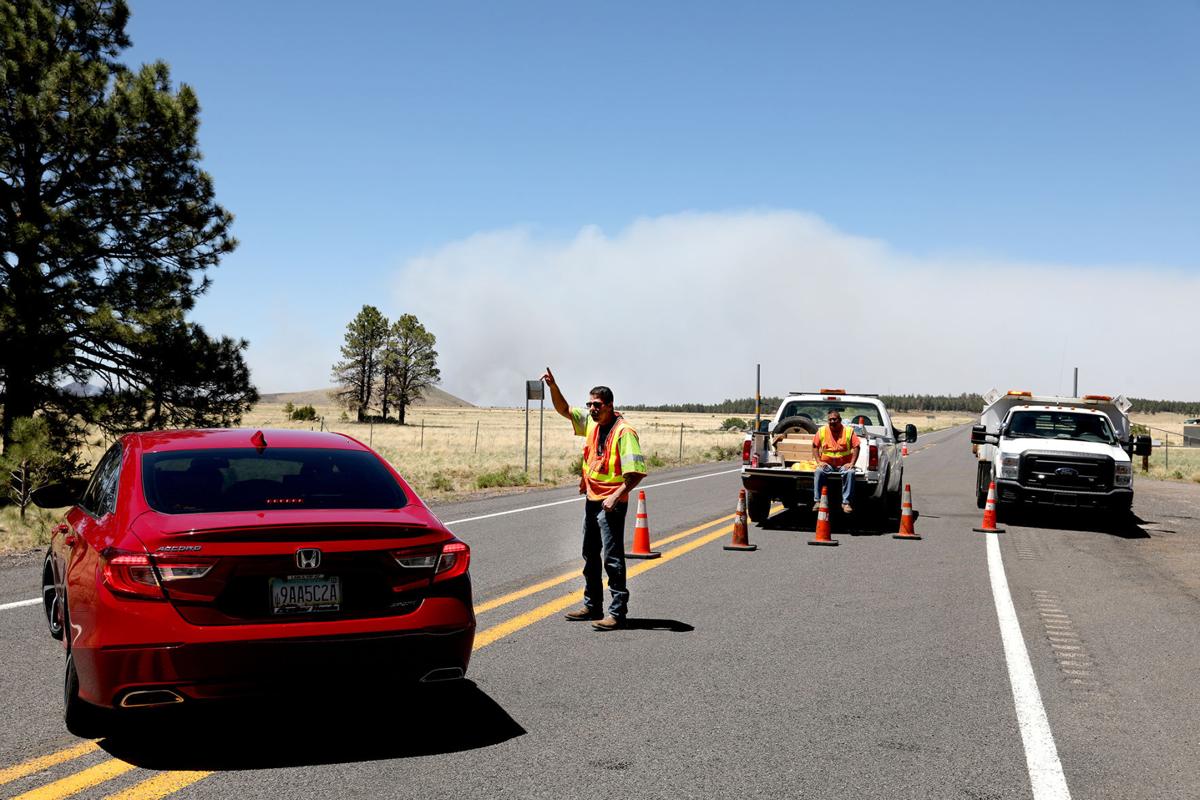 Workers from ADOT man a road closure on Highway 180 at Kendrick Park Tuesday afternoon as the Slate Fire burns in the background. The highway has remained closed as the fire continues to increase in size. 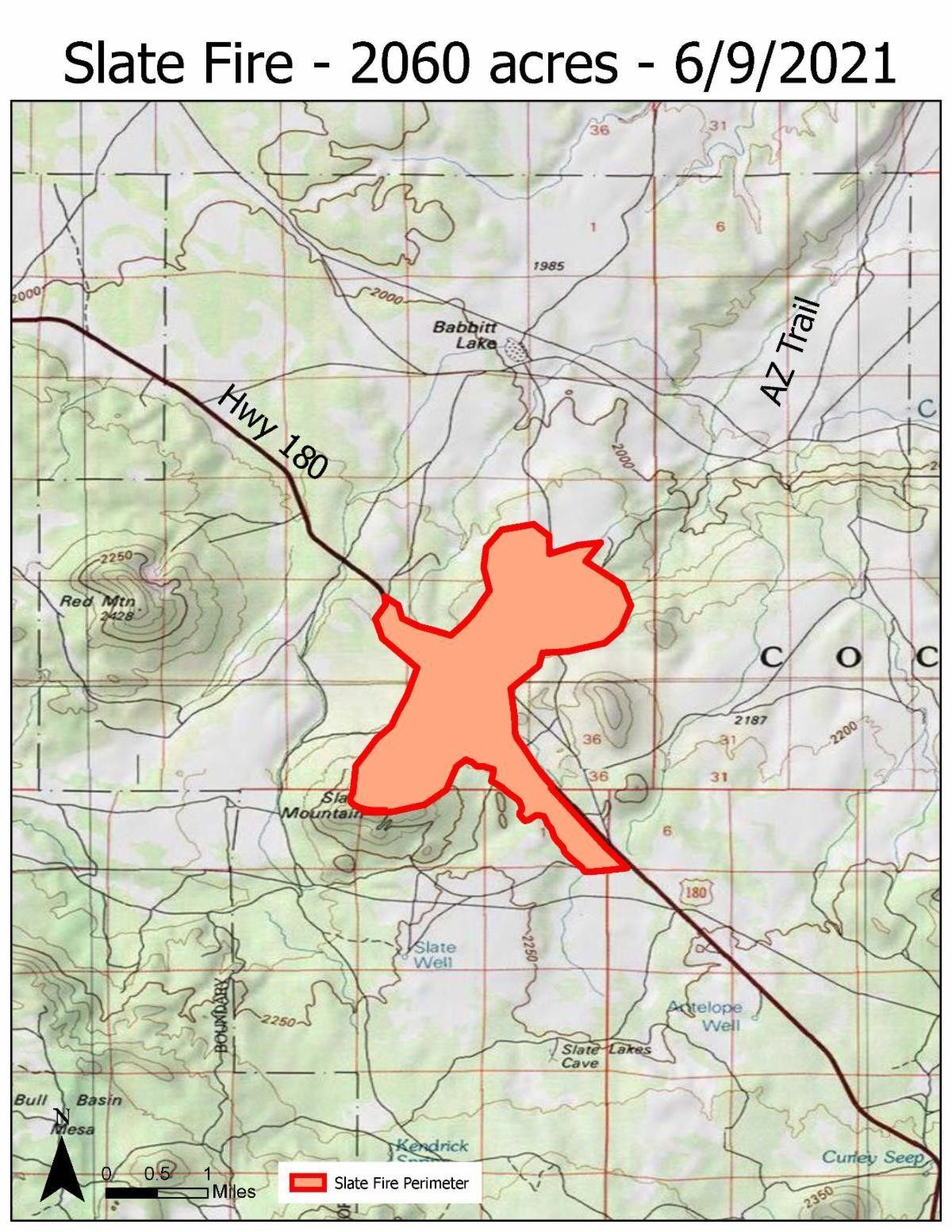