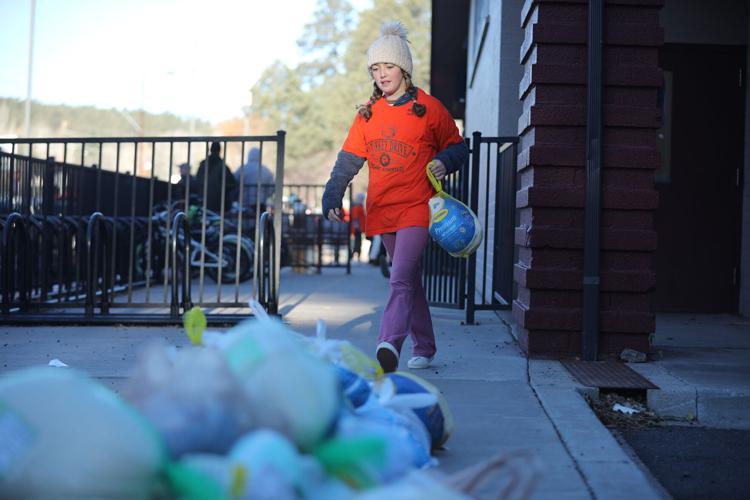 Alena Coplea carries a frozen turkey to a rapidly growing pile of donated turkeys Thursday morning during the annual fifth-grade turkey drive at Sechrist Elementary School. The children collected more than 150 turkeys from parents and staff to donate to the Sunshine Rescue Mission. 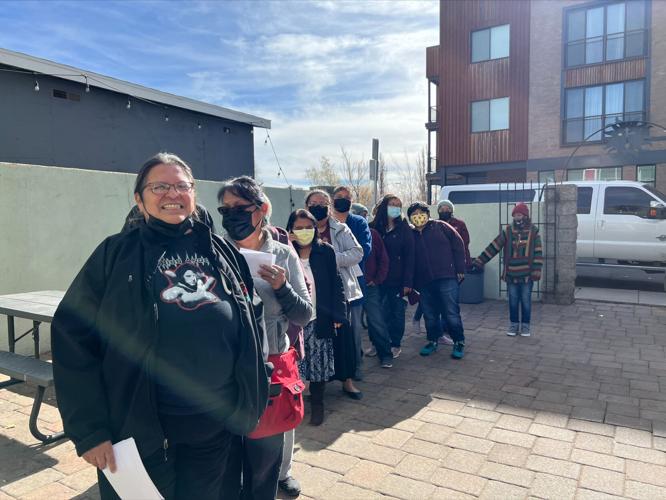 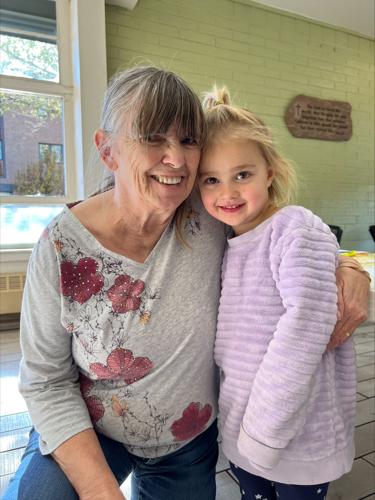 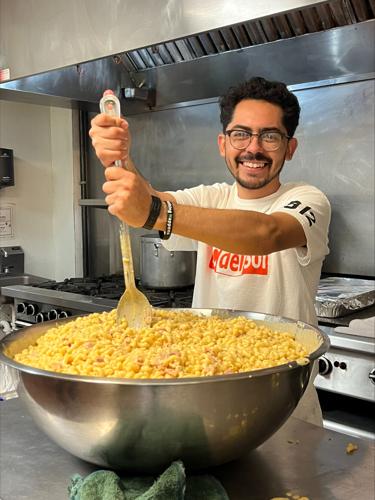 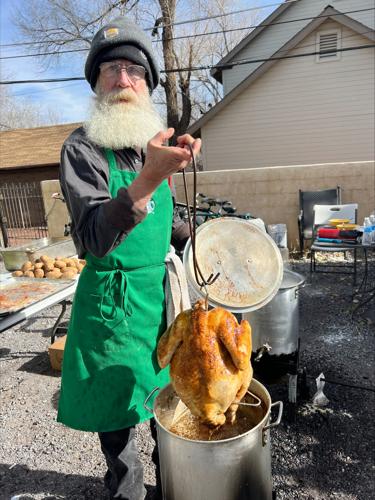 A volunteer fries a turkey for Sunshine Rescue Mission's Thanksgiving dinner. The meal, which is planned for Thursday, is expected to feed over 350 people.

Thanksgiving at Sunshine Rescue Mission (SRM) is a communitywide effort, with local schools and a variety of other organizations working together to prepare meal boxes to distribute to families throughout Flagstaff and surrounding areas.

More than 500 people in 150 families will be receiving a holiday meal box this week thanks to the work of local students, volunteers and community donations. Another 350 will be fed at SRM’s Thanksgiving dinner on Thursday.

SRM’s Thanksgiving meal distribution has operated for over 20 years, with a variety of partners volunteering their time and making donations, said CEO Kathie Knapp, who added that “Sechrist [Elementary] is the foundational contributing partner that helps us every single year.”

Sechrist’s Turkey Drive is an annual tradition led by fifth-graders at the school who help managed the event. Later, they used the data collected in their math lessons. The school’s fifth-grade class wore orange shirts and festive hats last Thursday morning as they waved signs, collected donations and weighed them, marking down numbers to use in a later class activity.

Last week’s event was the school’s 15th year holding the tradition, collecting more than 150 donated turkeys. Another 23 were donated by Urban Hope Church in order to feed people staying at three SRM locations: Hope Cottage, Sanctuary House and The Mission. In total, SRM received 183 frozen turkeys to distribute this year.

Northland Preparatory Academy’s (NPA) junior class also donated vegetables, stuffing and other Thanksgiving staples to add to the boxes as part of its student council’s service week. Along with donations from the Northern Arizona University chapter of Alpha Lambda Delta, there was enough to fill all of the boxes.

Families from Flagstaff and surrounding communities such as Williams and Winslow signed up to receive a meal box over the past three weeks. On Monday and Tuesday afternoon, they came to pick up boxes, which were put together by SRM and volunteers from Pine Canyon based on family size.

Inside is everything needed to make a traditional Thanksgiving meal -- a turkey, stuffing, cranberries, potatoes, onions, pumpkin pie mix and more.

Knapp said the annual meal distribution is an extension of the nonprofit’s ongoing work of “changing lives” while providing for people’s needs.

“It really started because that’s just the core of who we are,” she said. “We’ve been feeding people for 65 years.”

SRM typically provides about 300 meals to people in Flagstaff each day, she said, as well as shelter through its Rescue Mission (a men's shelter and food kitchen), Hope Cottage (for women and children) and Sanctuary House (a “healing home” for men). It also has a downtown thrift store, Thrift for Goodness Sake, which is used to support its other work.

She highlighted SRM's administrator, Debbie Stiles, who along with fifth-grade Sechrist teacher Chad Davis has helped organize the drive each year.

"Debbie is really the heart and soul of the Thanksgiving food box endeavor," she said.

Knapp said that, as SRM is a privately funded nonprofit, she was grateful for the support that allows it to continue its work.

“We are thankful this Thanksgiving for the community, neighbors and friends that contribute every month and keep us going,” she said.

There will be no edition of the Arizona Daily Sun on Thanksgiving to allow our employees time with their families for the holidays. We'll be back on Friday with another regular newspaper.

Sinagua Middle School’s National Junior Honors Society is leading a coat drive for the school this winter to help others in the community stay warm.

Alena Coplea carries a frozen turkey to a rapidly growing pile of donated turkeys Thursday morning during the annual fifth-grade turkey drive at Sechrist Elementary School. The children collected more than 150 turkeys from parents and staff to donate to the Sunshine Rescue Mission. 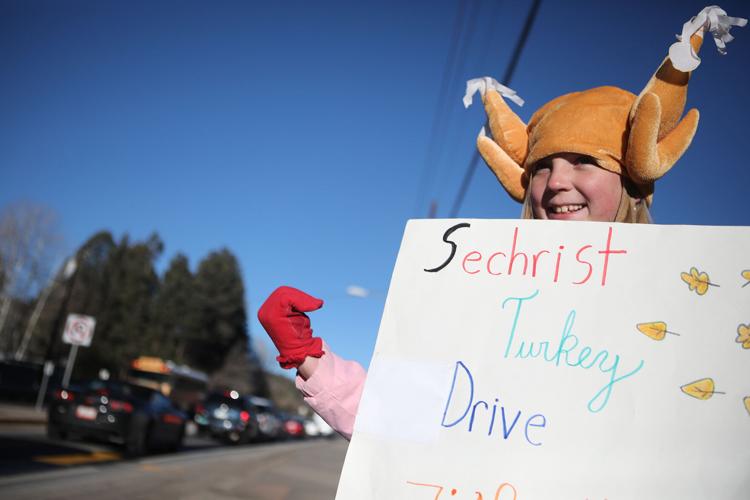 Abby Ebeling waves to passing cars on Highway 180 outside Sechrist Elementary School during the annual fifth-grade turkey drive Thursday morning. The students collected more than 150 turkeys that were donated to the Sunshine Rescue Mission to make Thanksgiving food boxes. 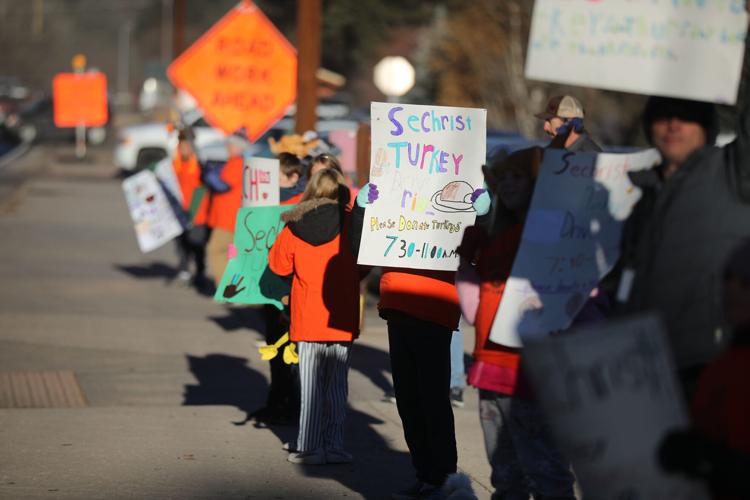 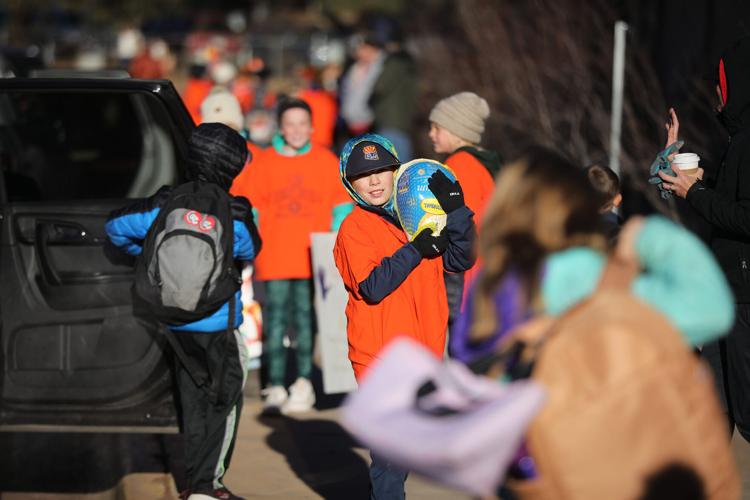 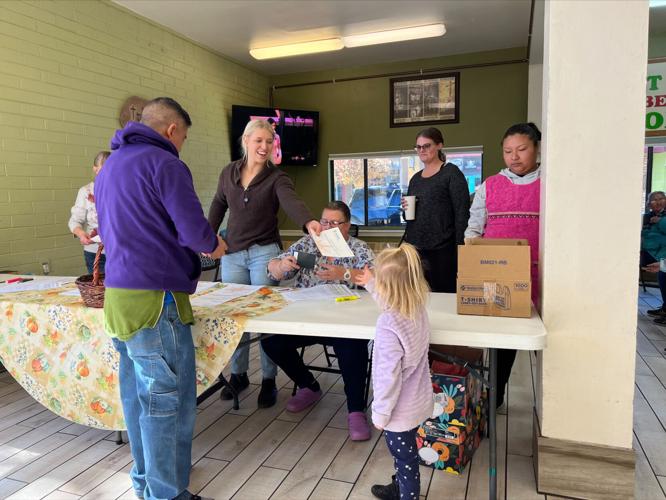 A Thanksgiving food box distribution at the Sunshine Rescue Mission earlier this week. A total of 150 families signed up to receive a holiday meal box from the nonprofit.

A volunteer fries a turkey for Sunshine Rescue Mission's Thanksgiving dinner. The meal, which is planned for Thursday, is expected to feed over 350 people.