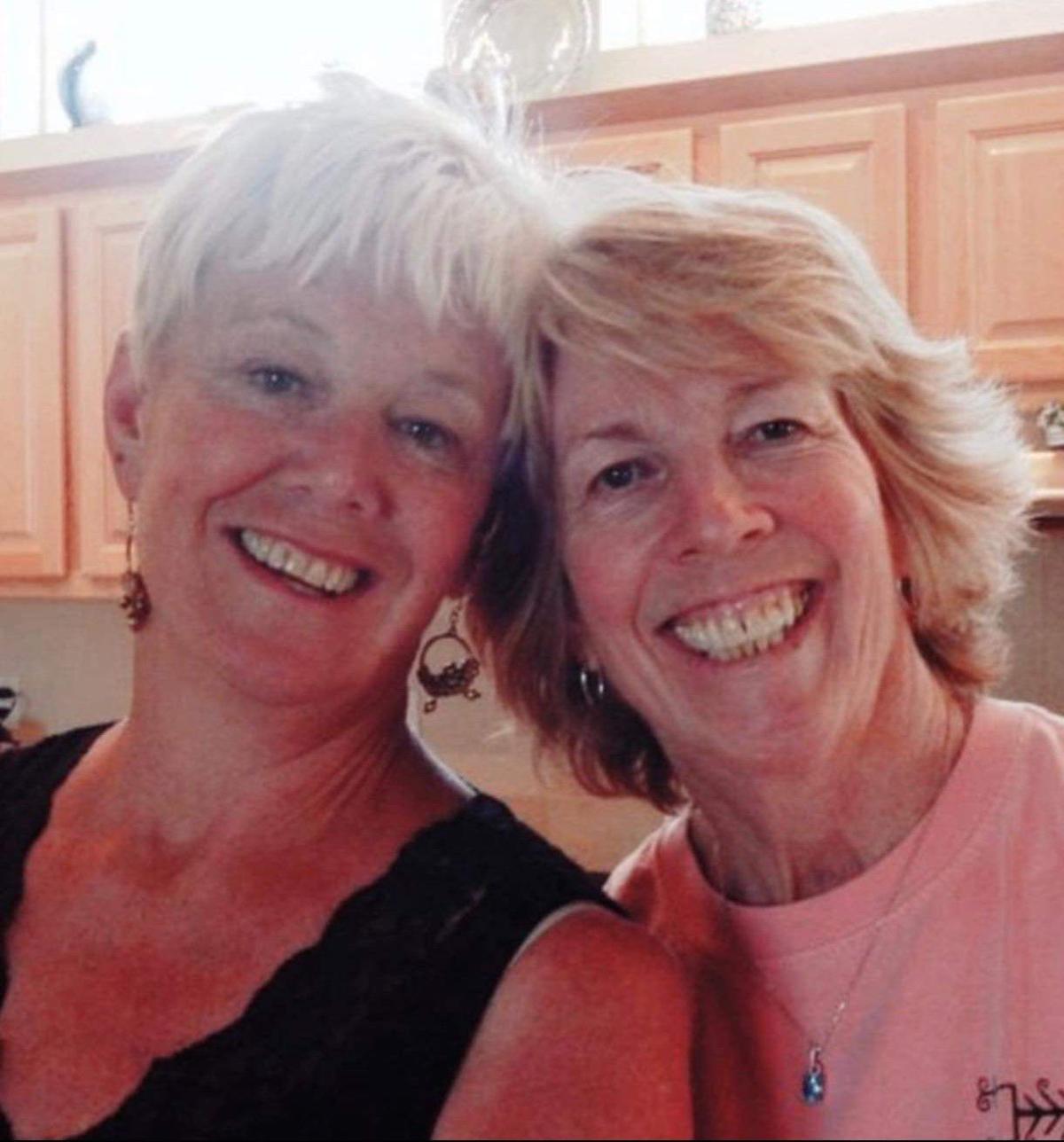 On Sunday, October 27, 2019, Elaine Patricia Fann age 70, died unexpectedly alongside her sister, Vivien Frances Scheuerman age 65, transitioning from her earthly life into her eternal life with her Heavenly Father.

Elaine was the middle of three siblings, born in Blackburn, England to Walter and Francis Hargreaves. Upon moving to the U.S. she attended Rutgers University and became involved in the insurance business. She was a strong woman who worked hard at all of her endeavors. There was nothing she thought she couldn't do. Working construction and running the loader at the quarry was her happy place. She was a fearless entrepreneur running several businesses.

Elaine led a life of service. As a Christian Chaplain, she created training modules for pastors and leaders as well as advanced training material for chaplains. She traveled frequently to minister to prisoners in Holbrook, Arizona, and went on many mission trips to Mexico to distribute food and clothing to those in need. Her compassion extended to her love of animals. Along with her dogs, cats, pigs, and cows, she adored riding and taking care of her horses.

Together with her positivity, Elaine wanted everyone to be happy. She touched many lives with her devotion to protecting and nurturing the life around her. She lived a life with two intentions: serving the Lord and serving others.

Elaine is preceded in death by her mother and father and the love of her life, James Fann. She is survived by her brother Ian Hargreaves. She was deeply loved and will be more than missed by her family and friends. 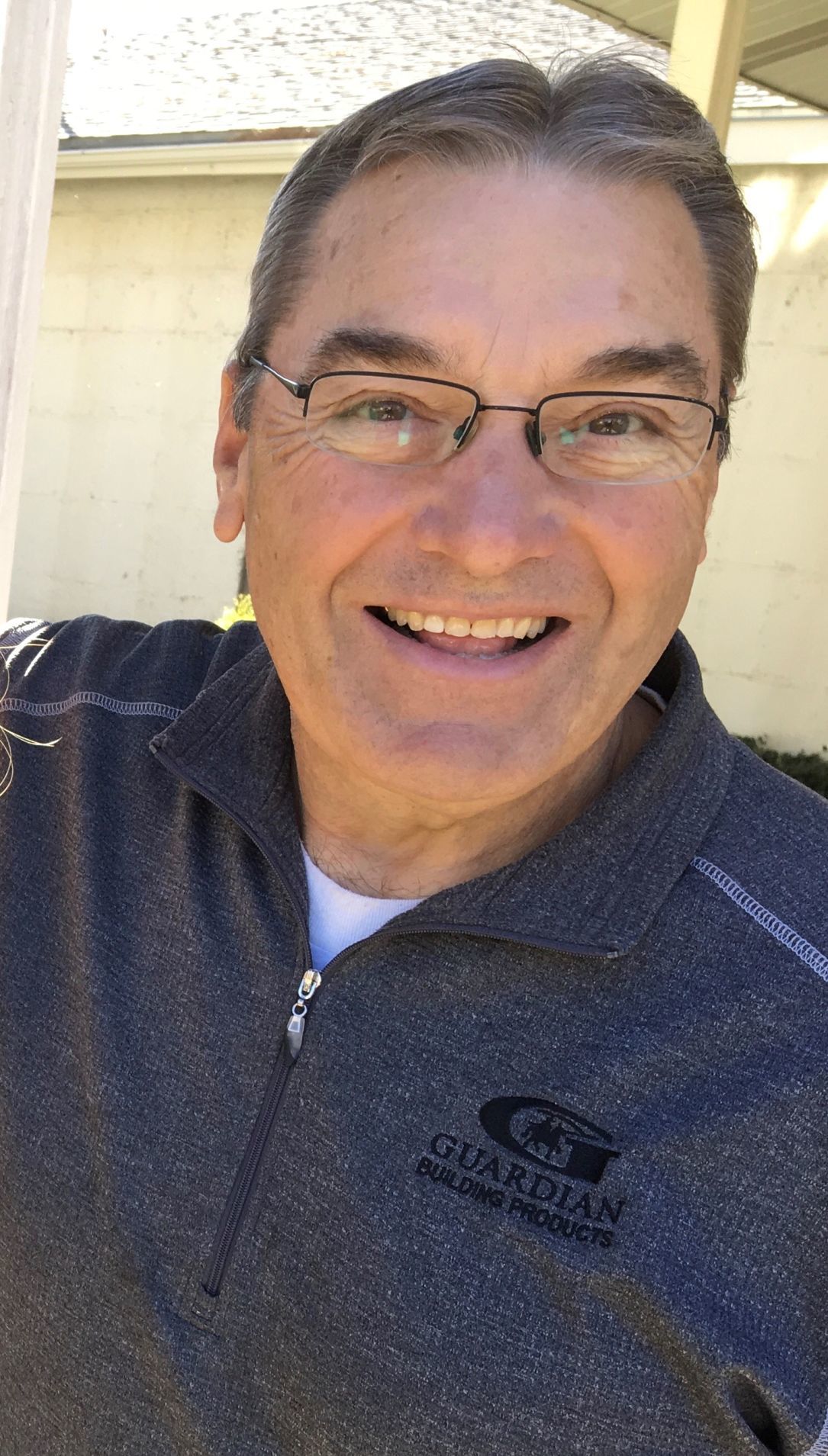 Curtis Ralph Crane was born in Challis, Idaho, March 10, 1953. He passed away unexpectedly on October 31, 2019 while loading a trailer. He spent his childhood in several states, moving with the Air Force and landing in the countryside of Maryland for his high school years. He spent his boyhood playing sports with his five brothers, building tree houses, digging a swimming pool, delivering morning newspapers and dreaming of being a pilot. He wrestled and played football at Surrattsville High School. He later played football at Ricks College, where he also loved playing pranks with his roommates.

Curtis paused his education for two years to serve as a missionary for the Church of Jesus Christ of Latter-day Saints in Japan, and the tradition of eating yakisoba on Christmas Eve with his family continues today. A couple of months after returning from Japan, he met Colleen Susanne Hunt at Brigham Young University. They married in the Mesa, Arizona LDS Temple. Within a year their first child Jacqui was born, followed by Ali, Jared, Josh, Michelle & Lisa.

Curtis graduated from BYU and went into the Air Force. He moved to Flagstaff and built up Hunt's True Value Lumber & Hardware Store, as well as other business ventures. If someone needed extra cash or a job, Curtis would help or hire those in need. He loved to serve others, plowing snow, dropping meals or cash, or secretly handing a grandchild a handful of candy. He was never inconvenienced by the needs of others.

Curtis had incredible spatial relation skills. He could pack a car or boat like playing a game of Tetris. It was amazing what he could fit in a small space. He loved to draw house plans and spent many hours dreaming up new spaces. He had plans to remodel a house in Provo, Utah, across the street from his beloved BYU Cougar stadium, and has been a BYU football ticket holder for years, sometimes driving all night to attend games. You'd be hard pressed to find a fan that is more TRUE BLUE.

Curtis could fix just about anything, often in creative ways. He loved a good deal and a good project. He hiked almost daily with his wife, and often for many miles. He was indefatigable, and seemed to be indestructible through his many bodily injuries and near misses. He lived hard and played hard; supplying ample good memories, especially house boating at Lake Powell and Christmas traditions. He and Colleen were planning to serve as missionaries in Utah this coming spring.

Curtis was proud of his family. At the time of his death he had twenty-two grandchildren with another grandson on the way. His grandson, Elias Curtis Crane, preceded him in death, as well as his parents, George and Gladys Crane, George having passed four days before his son. He is survived by his wife, Colleen Susanne Hunt Crane, and his children Jacqueline (Jeffrey Scott), Alison (Scott Seaman), Jared (Amanda), Joshua (Tarah), Michelle (Darin Brooks) and Lisa (Jesus Mora). Curtis and Colleen would have celebrated 44 years of marriage in December.

Curtis loved his Savior, Jesus Christ. He was a faithful member of The Church of Jesus Christ of Latter-day Saints. He lived the gospel as best he could, and taught us happiness comes through service. Curtis didn't live for accolades or recognition. We miss you, Dad, and will think of you often, especially on the Lake or singing around the piano or campfire. You lived well. You loved others. You fought the good fight.

Visitation will be 9-9:45, Saturday November 9th at The Church of Jesus Christ of Latter-day Saints Stake Center, 625 W. Cherry, Funeral Service will be at 10am followed by interment with Military Honors at Citizens Cemetery. Memories and condolences can be shared at www.norvelowensmortuary.com 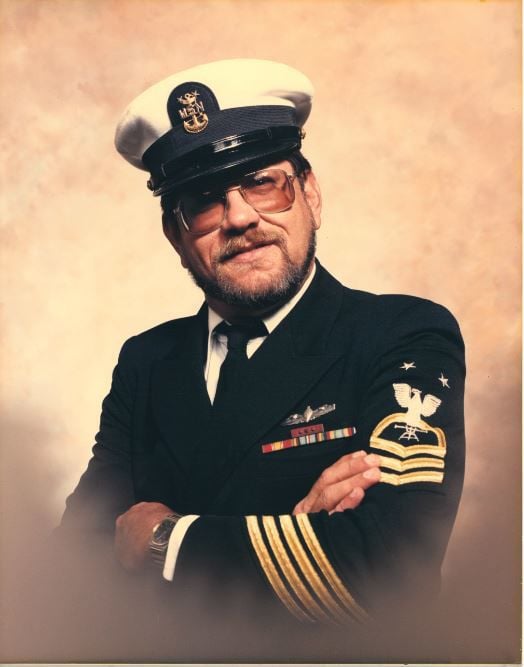 Born in Troy, Ohio on September 23rd, 1943, the eldest son of Karl Denton Snider and Margaret Ann Snider (nee: Finkenbine) Karl graduated from Tecumseh High in new Carlysle, Ohio and entered the military, serving 23 years in the surface fleet and specializing in weapons electronics and fire control. He was a lifetime member of the VFW and American Legion.

After retiring from the Navy, he owned a popular local bar, Susie's Nashville East, in Virginia Beach for 10 years. After selling his business, he shared his expertise as a contractor for military ships to our foreign allies Egypt and Taiwan until the loss of his second wife in 2000, whereupon he retired again.

When he met his third wife, Kathy, the couple found they shared so much together, including a sense of adventure and a desire to see the country. They hit the road on their motorcycles and explored the United States, sharing the freedom of the open road together. Kathy and Karl shared some of the best years of their lives together and met countless amazing people and friends.

Karl relocated to Flagstaff in 2007 and volunteered for the next 10 years as a transportation coordinator for Disabled American Veteran vans that were supported by the Prescott VA. He deeply enjoyed working with veterans and greatly appreciated the volunteer drivers who joined the Flagstaff office and helped him make their transport to their VA appointments possible. He missed these interactions very much when health issues required him to step back from his volunteer work in 2017. Although his health kept him from the work he loved, Karl still enjoyed his life in Flagstaff with occasional trips to casinos in the area.

Viewing will be at 10am with memorial services at 11am at Norvel Owens Mortuary on Tuesday, November 12th. Military honors will be held at the Veterans Section of Citizens Cemetery after the service.

In lieu of flowers, Karl preferred that friends might make a donation to the Disabled American Veterans or volunteer some time to help with transportation to get disabled veterans to their medical appointments. 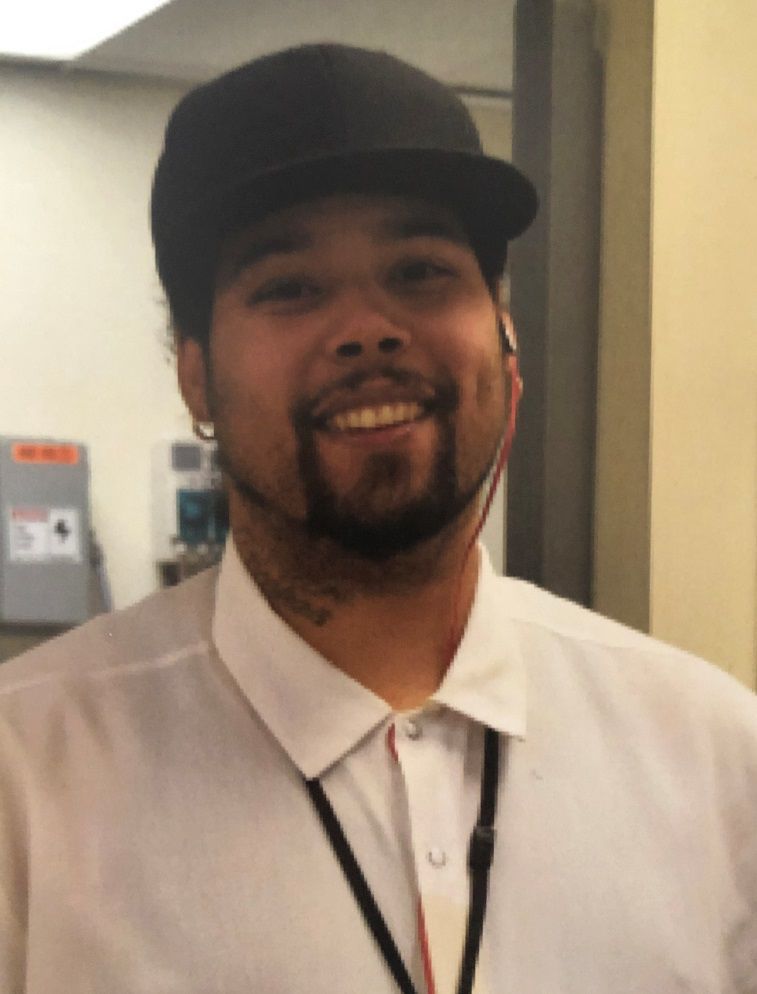 On October 25, 2019 Devin Lee Stokes (32) gained his wings and we know he was greeted at the gates with open arms by his loving grandmother and grandfather whom he missed immensely. Devin was born on June 7,1987 to Cheryl Anderson Major in Mesa, AZ. Survived by his loving wife Natasha Morales-Stokes of 17 years together, married on August 4, 2012 in Flagstaff, AZ, son Zamir (13) and daughters Aviana (6) and Kaylee Mae (3). His family moved to Flagstaff when he was a baby and he attended Kinsey, Flagstaff Middle School, and Flagstaff High School (Once an Eagle always an Eagle) where he met his high school sweetheart whom he would later marry and have 3 beautiful children with. He graduated high school in Phoenix, AZ from Summit High School in 2005. Devin enjoyed raising his 3 children and watching them grow. He enjoyed his everyday life with his high school sweetheart, his best friend, and the love of his life. He had a passion for football starting at Flag High and played with the Flagstaff Hitman #7 for 9 years. Devin also enjoyed his gaming (Xbox) community of friends. Devin had enjoyed life to the fullest and will always be remembered as a true #1 Raiders fan. He went to work every day with a great attitude and loved his job at the Twin Arrows Casino. His bright smile and warm hugs will be missed by many. He was such a loving, caring and passionate man. Devin will be truly missed and remembered by his son, daughters, wife, parents Cheryl Anderson Major, Jewell Russel Jr., Albert Stokes Sr., and Mike Kirschbauer (papa taz). Grandparents Jewell (Jonell) Russel, Nancy Ward (David Douthard), great aunt Willie Mae Juneil. Siblings Shanea Stokes (Ray), Albert Stokes Jr., Stefon (Nina) Stokes. Sisters Kamika, Shayna, Jessica, Nina, Sonya, Jayda, Shimar, Andrea, Joneek, Nelly, Marie, Javona, Cevonne, Janasia. Brothers Michael, Andre, Bennie, Jewell 111, Diamond, Jewelius. Numerous nieces, nephews, cousins and aunts/uncles. Also, his two goddaughters and many, many friends that turned into family. Devin is preceded in death by his grandmother Carol and grandfather Jt Major, great-great aunt and uncles Louella (Sterling) Oakley, MaeElla (Jethro) Wallace, Great uncle Bill Henry, Uncle David Anderson, baby brothers Diron and Disean Russel and Nephew Zariah Roy. Viewing will be Wednesday, November 6, 2019 from 5-8 pm at Lozano's Flagstaff Mortuary, 2545 N. Fourth Street, Flagstaff, AZ 86004. Funeral will be Thursday, November 7, 2019 at 11 am at Christ's Church of Flagstaff, 3475 E. Soliere Ave., Flagstaff, AZ 86004. Condolences may be sent to the family at www.FlagstaffMortuary.com. 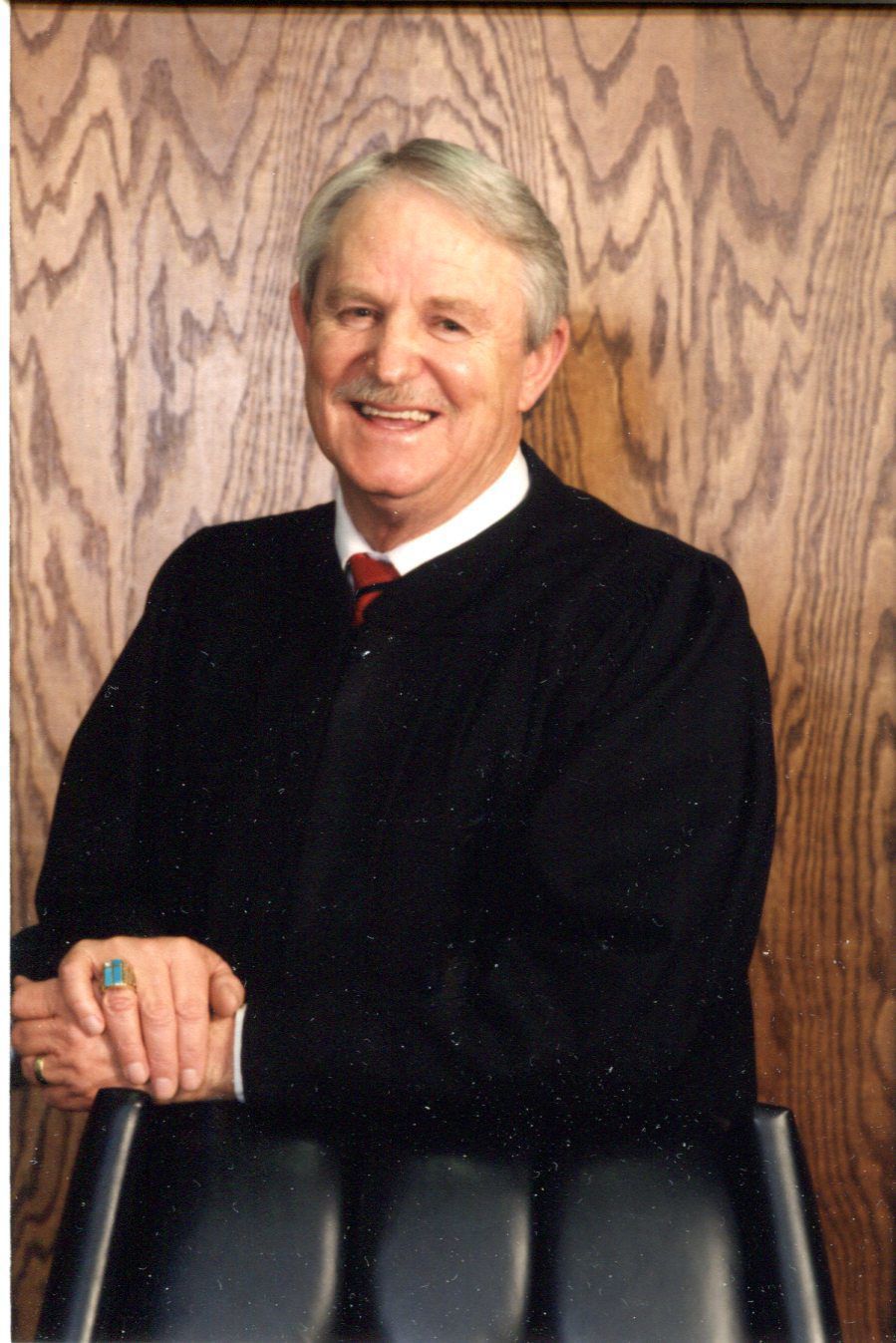 V.L. "Shorty" Morrow passed away peacefully at home surrounded by family on September 22, 2019. He was known to some as Judge Morrow, Patrolman Morrow, Hypnotist, Liquor Agent, and Undercover Agent. Shorty came to McNary, Arizona at the age of 3 from Lookeba, OK. His father worked at the lumber mill and after graduating high school. Shorty also worked at the mill before joining the Highway Patrol. He was first stationed in Safford, later moving to Cameron and finally to Flagstaff. After retiring from DPS he became a judge at the County Justice Court.

Shorty married Mary Lou Raudebaugh and together they had a blended family of eight children, fifteen grandchildren and ten great grandchildren. His parents and siblings preceded him in death.

Heartfelt thanks go to the many friends and family for their love and support.

Could you pass a US civics test?

Fall in love with Local News! Join for $3