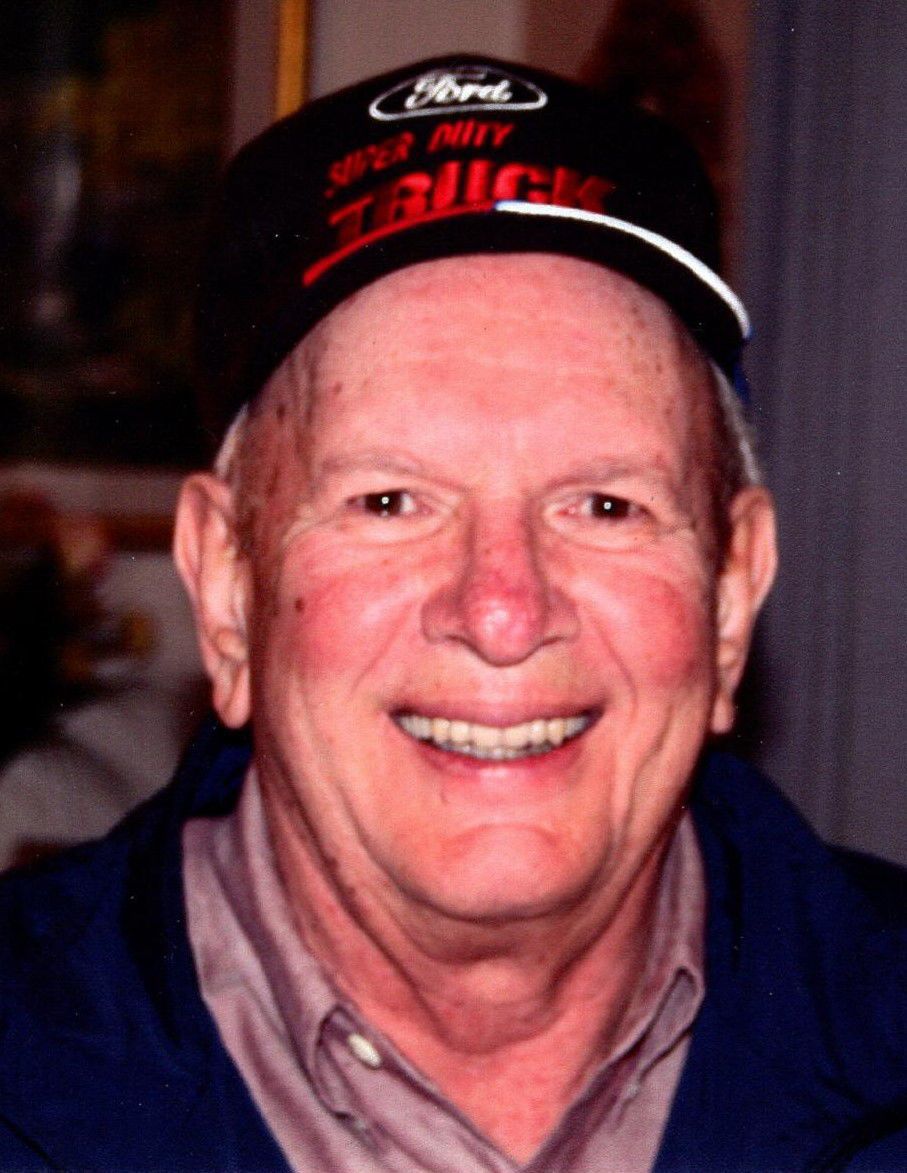 Earl C. Slipher Jr., 90, of Flagstaff, Arizona passed away peacefully on Saturday, September 7th, 2019, after a courageous battle with cancer. He spent his final days surrounded by family and friends.

Born May 23rd, 1929 in Flagstaff, AZ, Earl was the child of Earl C. Slipher Sr. & Elizabeth ‘Bess’ Slipher. He married the love of his life, Gloria Slipher, on February 14th, 1950. Earl spent his life in the city he loved, Flagstaff, AZ, where the Slipher family has a rich history and deep roots. During his life he worked in the automotive industry for Babbitt Ford as a Parts Manager. During this time he developed and grew his love for automobiles and machines. Earl was an independent spirit who enjoyed traveling the world with his wife and spending time with his family and friends. During his later years Earl enjoyed spending time in the service of the Flagstaff Community, he was an Honorary Advisory Board Member at Lowell Observatory and a Member of the Flagstaff Elks Lodge. As well as donating his time to the Shriner's charities.

In his spare time he enjoyed watching NASCAR, Golf and reading multiple newspaper front to back to keep up on the latest news. Earl was a man of few words, but when he spoke everyone listened with great respect and admiration to learn from his life experiences. Earl was a dedicated husband, father, grandfather, great-grandfather and friend who will be dearly missed.

He is survived by his loving family; son, Les and Wife Terri; Grandsons, Christopher and wife Nallely, Mark and wife Evelyn, Stephen and wife Nicole and his four great-grandchildren, Sarah, Reagan, Brantley and Abigail Slipher. He was preceded in death by his wife, Gloria Slipher and eldest son, Edwin Slipher. Friends are invited to attend and join the family in a celebration of Earl’s life, to be held on Saturday, September 28th, 2019 at 1pm in the Elk’s Lodge located at 2110 N. San Francisco, Flagstaff

In lieu of flowers, donations can be made in Earl’s name to his favorite cause: Shriner’s Hospitals for Children 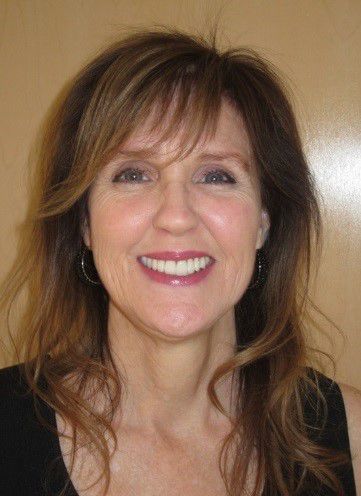 Deserie Mogensen Riazzi Hill, 59, of Scottsdale, passed away after a long and valiant fight with Idiopathic Pulmonary Fibrosis on September 18, 2019, at home under the care of Hospice of the Valley, in Scottsdale, AZ.

She was born Dec. 17, 1959 in Price, Utah. She was a Valedictorian graduate of Coconino High School in Flagstaff. She received her bachelor’s degree from NAU in Business Marketing and Management in 1981, and after a semester at University of Illinois Urbana-Champaign, completed her MBA in Finance from ASU in 1983.

She was employed by Greyhound Leasing & Financial Company for three years, serving as an analyst and Department Manager. She served various positions with The Arizona Bank which was taken over by Bank of America when she was VP-National Accounts and then with Franchise Finance Corporation of America as VP. She became Managing Director of Hill Valley Investments, Inc. in 1995 and owner of the company in 2015.

She enjoyed being with family, especially her 25-year-old daughter, and friends, “the more the merrier” was her motto. Journaling and creating scrapbook albums became her passion and she traveled to conventions all over the USA. She also loved to entertain through detailed theme parties and events.

She was preceded in death by her mother, Shirley Mogensen, and her sister, Shellie Hills, who both succumbed to Idiopathic Pulmonary Fibrosis. She is survived by her father, Lloyd Mogensen, her daughter, Angelica Riazzi, and nephew, Niklas Hills. She was married to James R. Riazzi, of Scottsdale, AZ for 13 years and had their beautiful daughter, Angelica.

She was also married to R. Terry Hill, of Kalamazoo, MI for 18 years. Her dogs, Maya and Gracie Lou also brought her great joy. She loved life and was a special daughter, sister, wife, mother, aunt and friend. She will be missed beyond words. 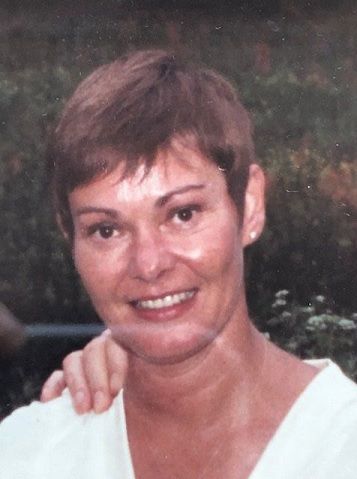 In loving memory of our Mother Cay McMahon who passed away on 9/12/19. Cay was born in Price, UT to Rex and Lil Causer. She moved to Flagstaff in 1964 where her parents had relocated. She was a loving wife and mother. She is survived by her children Lori Howell, Melody McDermaid, Darrin Scott McMahon and Gerald McMahon Jr. (JJ). Another son Bryan McMahon (passed away prior to her). She is also survived by 2 younger brothers Richard Causer and Steven Causer.

She has several grandchildren and great grandchildren. She also had four step-children Robert McMahon, Cait McMahon (both preceded her in death), Leslie McMahon and Margaret McMahon.

Cay married Dr. Gerald T McMahon in 1970; where they raised their children in Flagstaff. In the 70's and 80’s she spent a lot of her time with her kids transporting them to 4-H, horseback riding competitions, little league, hockey and wrestling. In the 1980’s she owned and operated Flagstaff Indian Traders; she was also a member of the Women’s Republican Club. She was supportive of her family, generous, strong, playful and she fought the good fight until the very end. She passed peacefully, with lots of love around her.

Her favorite spot on earth was Lake Powell and spent as much time as possible there with her husband and children. She will be laid to rest at Lake Powell, along with her loving husband.

In lieu of flowers, please make a tax deductible donation to her son’s charity: The Himalayan Development Foundation (HDF) – ScoSan fund (In Care of Cay McMahon) www.hdfoundation.net (Donate button) or by US Mail: HDF (ICO: Cay McMahon) 226 Mohawk Cir, Superior, CO 80027. Memories and condolences can be shared with family directly or online at www.norvelowensmortuary.com 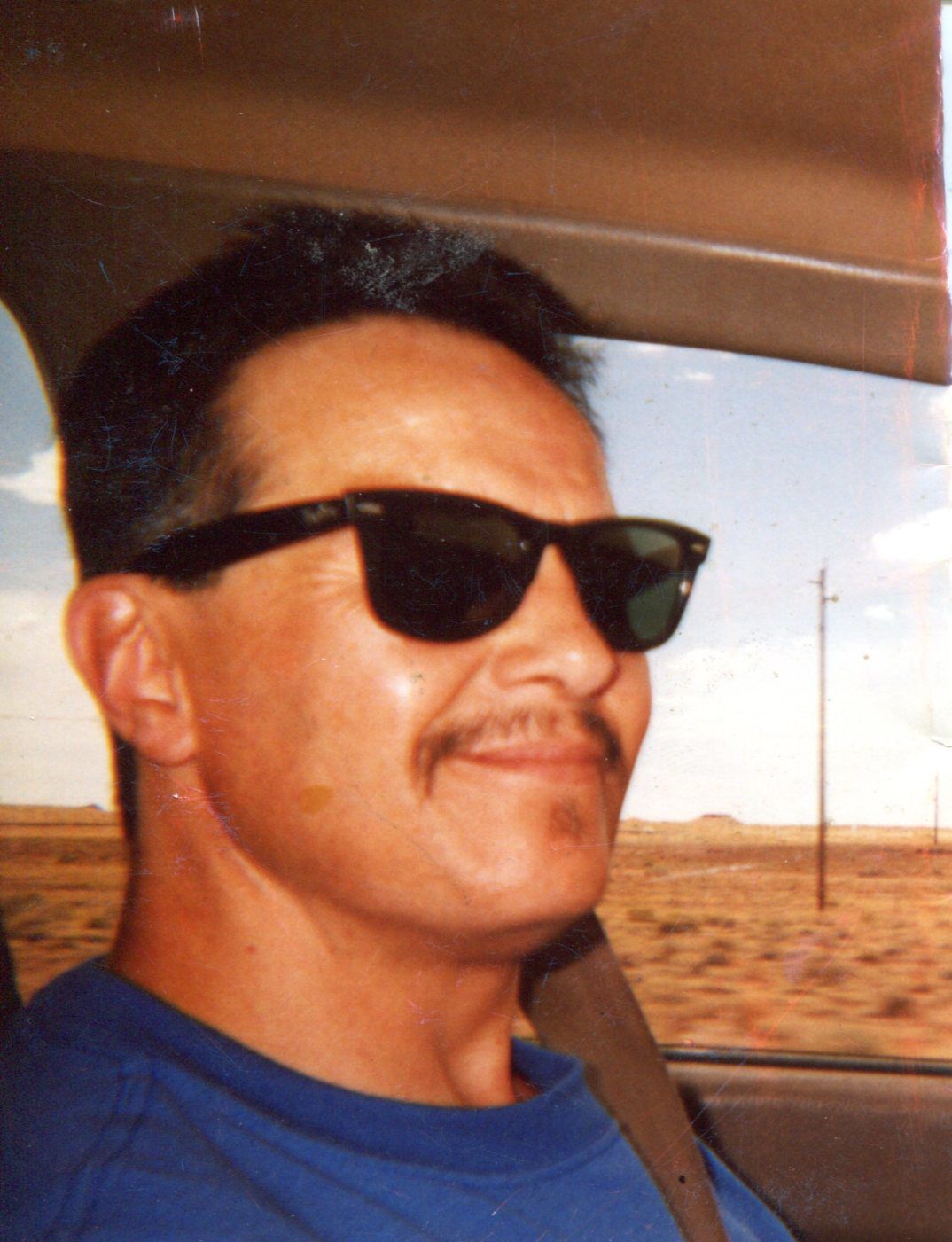 Floyd was a jack of all trades and will be remembered for his down to earth soul, tuff cowboy style, beautiful mind and delightful smile. In his youth he served as an altar boy at Our Lady of Guadalupe Chapel and enjoyed exploring the beauties of life. He was a skilled Maintenance Technician/ Instructor for 25 years. He married the love of his life Margaret and they shared a life filled with joy and blessed memories. He cherished his family especially his grandchildren, who kept him on his toes. He loved western movies, trips to the casino and his rock n roll music. He will be deeply missed and always remembered for his wise advice and grand teachings.

A memorial service will be held at Norvel Owens Mortuary, 914 E. Route 66, Flagstaff AZ, on Saturday 21, 2019 at 2:00 p.m. and a celebration of life service will follow. Condolences can be sent to www.norvleowensmortuary.com 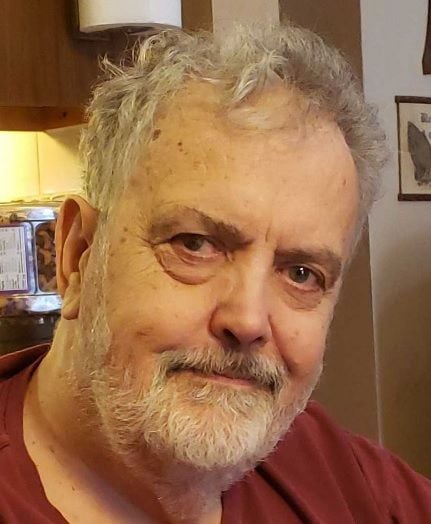 During his life Rick was a great father, husband and friend. His kind and caring traits show in his sons today.

Rick was a proud veteran of the United States Army. After being honorably discharged, he worked for AVCO in Flagstaff, AZ for 10 years. Rick then went on to receive his Masters degree and taught students on the Navajo Nation. He was loved and respected by his students and all who knew him.

Rick is survived by his sons, Brian Rolph of St. Louis and Ryan (Sherry Rose)Rolph of Las Vegas, NV; his 3 grandchildren, Abrum, Richard and Bella Rose; his siblings, Diane (Mike) Reese and Edward (the late Cindy) Rolph. He was a loving uncle.

Rick was preceded in death by his loving wife Letha; his parents Richard Charles and Ruth Rolph (nee Stein) and his brothers, Scott, Gary and Mark.

Services: Funeral services on Mon., Sept.9, 2019 at 1 PM at Hutchens-Stygar Funeral & Cremation Center, 5987 Mid Rivers Mall Dr., St. Charles 63304. Visitation will be from 11 AM until time of services at 1 pm. Memorials to Autism Speaks or Parkinson's Foundation. www.hutchensfuneralhomes.com 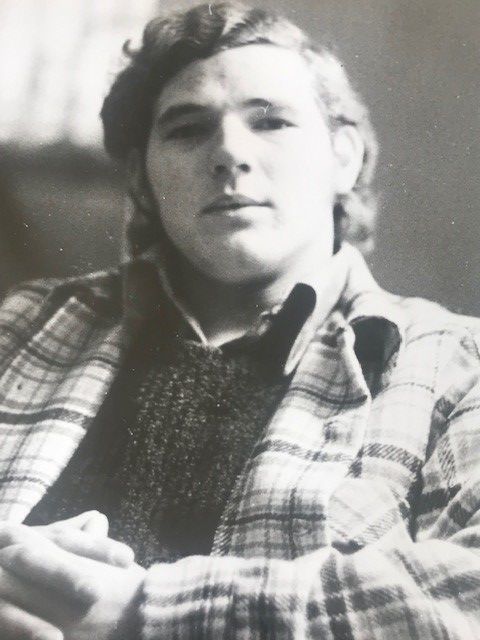 Scott Sterling Udall was born in Tucson on May 15, 1949; he died on September 13, 2019 in Flagstaff of natural causes. During his life he resided in Arizona, Virginia, and Canada. For the last 35 years he made Flagstaff his home. He received a B.A in American History from Northern Arizona University in 1997.

In his youth, Scott was a mountain climber, outdoorsman, writer and storyteller. While living in Banff, Canada he climbed many major peaks including the north face of Mount Assiniboine, Mount Faye, and Mount Athabasca in British Columbia and Alberta. He also climbed in the Tetons and mountains near Flagstaff.

Despite struggling with mental illness his entire adult life, Scott embraced a life of dignity, generosity and compassion. Scott was generous to a fault and often gave his last dollar to those less fortunate. He constantly befriended strangers and left a legacy of charity, humor and friendship to those who knew him.

The Udall family would like to express their heartfelt thanks to the many people in Flagstaff who over the years extended a helping hand to Scott, listened to him, and appreciated him for who he was.

Scott is predeceased by his parents Stewart and Lee Udall of Arizona, and is survived by his siblings New Mexico Senator Tom Udall, Lynn Udall, Lori Udall, Denis Udall, and Jay Udall.

Condolences can be registered at Norvel Owens Mortuary in Flagstaff. Donations in memory of Scott can be made to The Guidance Center, 2187 N. Vickey Street, Flagstaff, Az. 86004. Scott’s Celebration of Life will be held in Flagstaff at a date TBD. 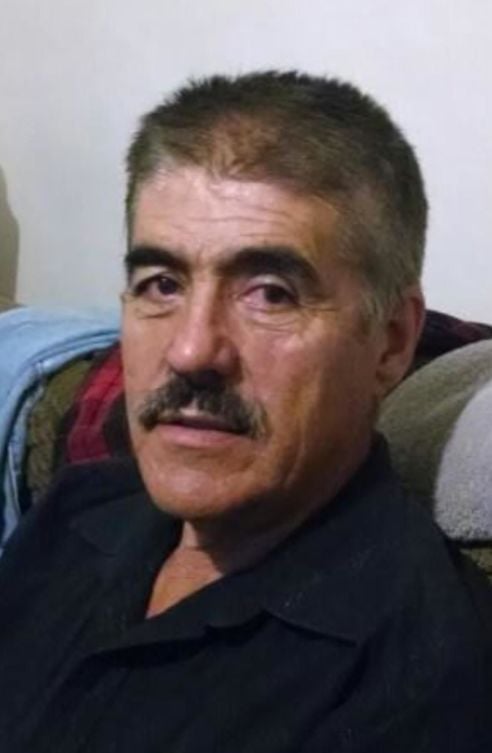 A sale of many items will be available 9/21 at 216. Ellery Street in Flagstaff. 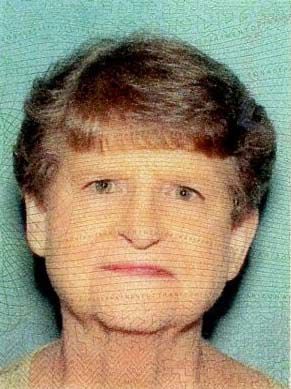 She was born May 10, 1942 in Atlanta, Illinois to Leland and Margarite Dunham.  She is survived by her husband, William Doane, a brother William Dunham, sister Marilyn Sutch, children Michelle (Cook) and Marcia (Cook), step children Dan Doane and Kim (Doane), 5 grandchildren and 4 great grandchildren.

A memorial service will be held at Trinity Heights Methodist Church, 3600 N. Fourth Street, Flagstaff, AZ. On Friday, September 20, 2019 at 10:00 a.m. Please join us in celebrating her life. 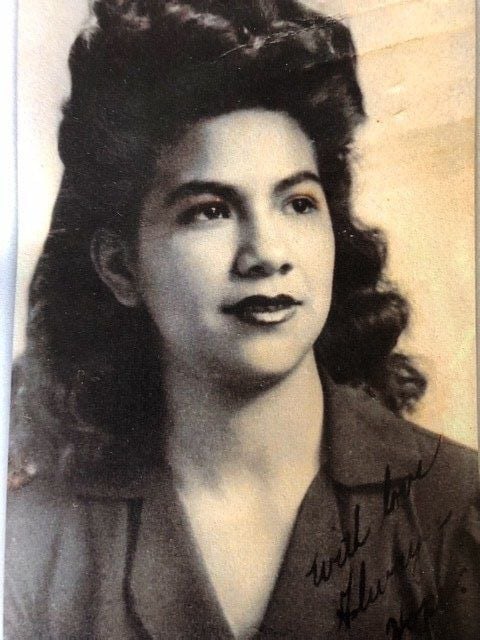 Services are scheduled for Friday, September 20, 2019 at Our Lady of Guadalupe Church at 10:30am, with burial to follow at Citizen’s Cemetery.  Memories can condolences can be shared with family directly or in the online guestbook at norvelowensmortuary.com. 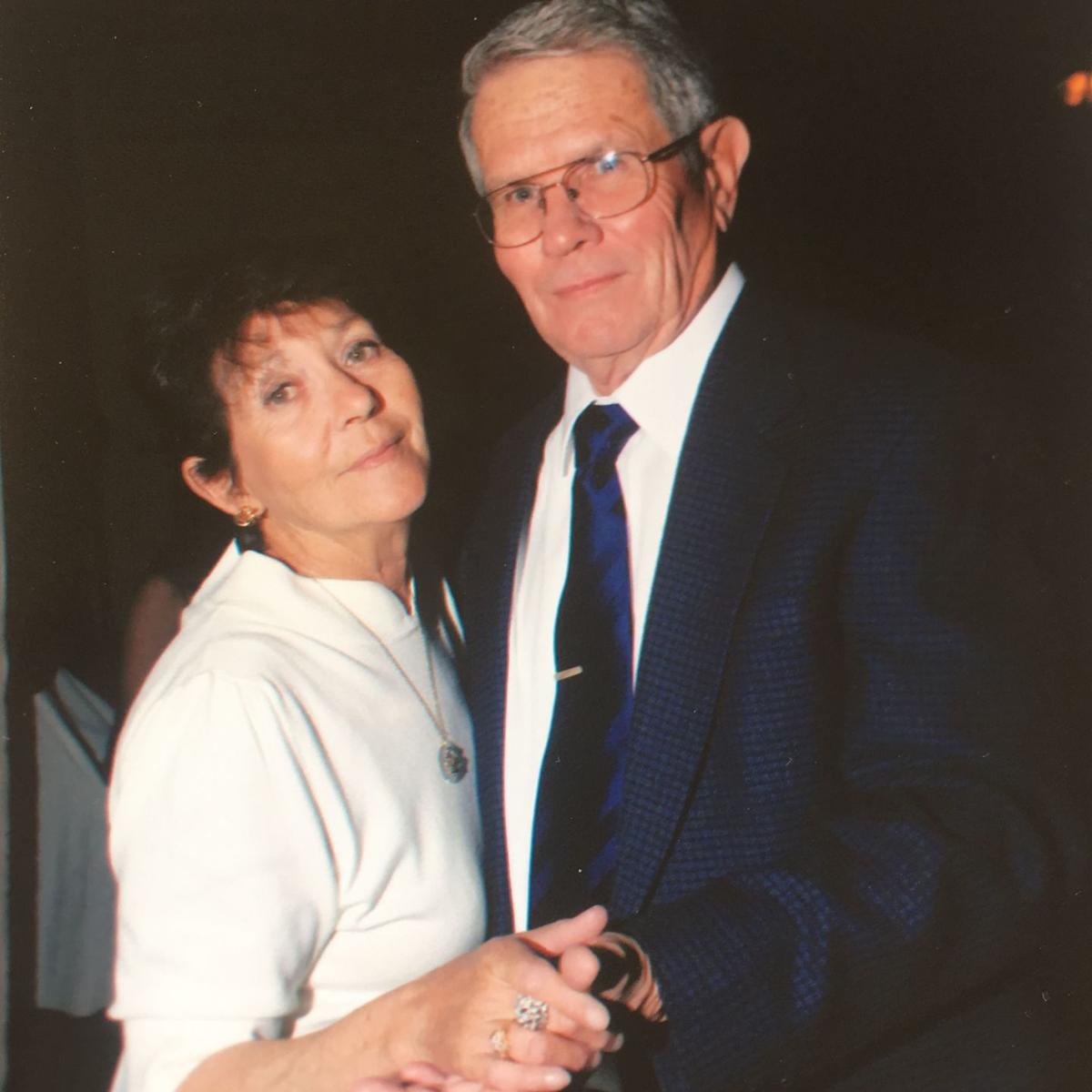