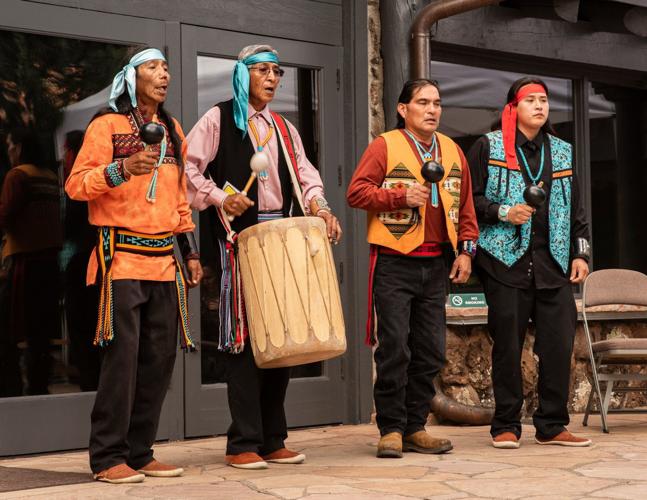 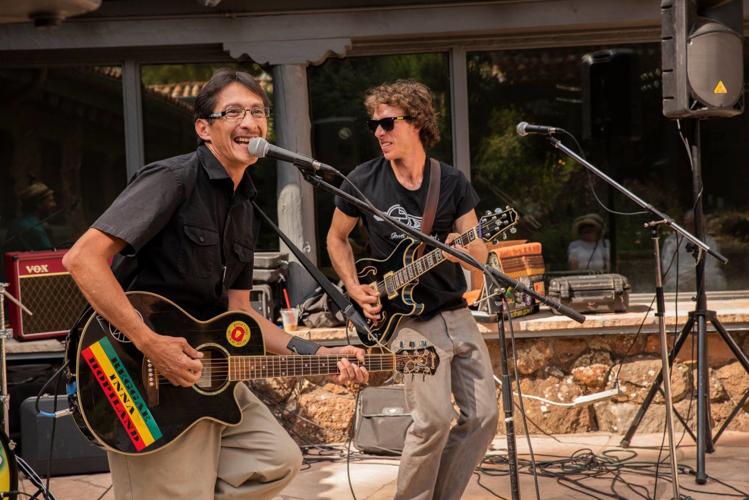 Ed Kabotie and Alec Tippett of Tha 'Yoties perform at the 2018 River Day at the Museum of Northern Arizona. Kabotie is an artist, activist and musician and is the current artist in residence at MNA. 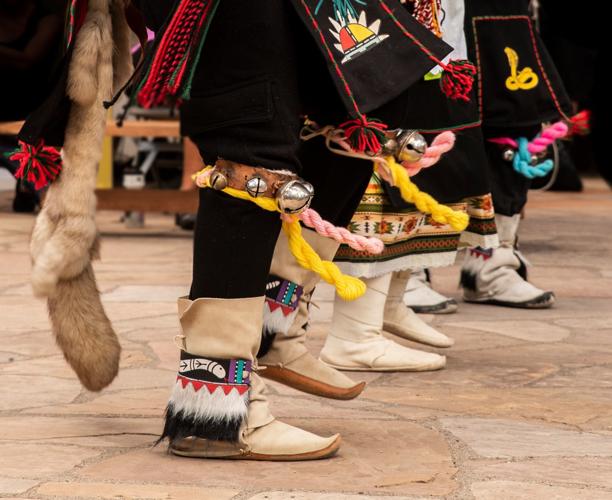 From the central Rocky Mountains of Colorado to northern Mexico, spanning approximately 1,450 miles across the Colorado Plateau and through the Grand Canyon, the Colorado River is a recognized and revered figure of the Southwest. Referred to as Xakxwet by the Maricopa, Aha Kwahwat by the Mohave and Ha Tay G’am I Sil Gsvgov by the Havasupai long before the United States acquired most of the basin in 1846 and called it the Colorado River, the water way and its tributaries provide vital water resources for upwards of 40 million people.

The Colorado River is one of the most “controlled, controversial and litigated rivers in the world,” according to the Southern Nevada Water Authority, with more than 29 major dams and hundreds of miles of canals that serve numerous southwestern cities where water resources are scarce. The river also faces issues of large scale development and contamination.

Since 2012 the annual Colorado River Days in Flagstaff has organized a host of events aimed at shedding a light on the Colorado River’s past, present and future, with educational seminars, presentations, talks, musical performances, artistic exhibits and more. This year’s celebrations run Sept. 5-12, featuring events such as discussions on John Wesley Powell’s 1869 river journey, a film festival and the second annual River Day celebration at the Museum of Northern Arizona.

“River Days has really grown into its own organism,” Alicyn Gitlin, Grand Canyon programs manager with the Sierra Club, said. “It’s really become this thing where there are so many different organizations and people who are involved for all different reasons.”

Gitlin was inspired by Grand Canyon river guides who would host a similar event, which served as an early framework for what she would attempt to bring to the Colorado River Days programming.

“I felt like so many people in Flagstaff who aren’t river guides would love to learn about and participate in something like this,” she said. “I started thinking about how many people have songs written about the river, how much art and how many stories are dedicated to the river. I just thought, ‘Let’s bring this to the masses.’”

One of the festival’s newest additions is MNA’s River Day, an all-day event featuring traditional dances, local musicians, artwork from the Rumble Arts Collective, educational lectures and cultural perspectives. Spearheaded by the museum’s artist in residence Ed Kabotie, River Day focuses on bringing the real problems faced by the Havasupai, Pima, Apache and more, who rely on the Colorado River’s water, to the Flagstaff community.

“For people who are used to turning on their faucet, it’s hard to realize these problems. It’s out of sight, out of mind, but for the Havasupai, for Hopi, that water is precious,” Kabotie said.

Kabotie refers to himself as an “edutainer,” and events like Rumble on the Mountain, Rumble on the Rim and River Day emphasize his focus on using art and music to bring awareness to social injustices. This year’s River Day event will feature speakers and musicians including Kabotie, Evolutionary Ecologist and Museum Curator of Ecology Larry Stevens and Tha ‘Yoties, combining both the scientific and cultural perspective.

“For me personally, when I’m focusing on issues like this, I have a great burden for the injustices done to indigenous people on the Colorado Plateau. It’s difficult to communicate things to the greater culture. I worry sometimes that we become dull of hearing,” he said. “Some people will respond to scientific information. Some people will respond to cultural information. Some people respond to a spiritual paradigm. Others, art or music. When you wrap all of that together, you’re able to convey a message that’s really a cry for the sacredness of water. That’s always the objective with Rumble on the Mountain, Rumble on the Rim and, now, River Day.”

As the festival continues to grow, Gitlin shies away from referring to it as her or the Sierra Club’s event, rather seeing it as something belonging to the community that helped it come to be.

“There’s so much love for the river and so much enthusiasm for this festival. It’s become way bigger than I could have imagined. I don’t think it’s anything that belongs to any one particular organization. It’s really something a lot of people are very eager to be a part of,” Gitlin said.

A film festival showcase celebrating the Colorado River, featuring the award-winning film “The Weight of Water.”

Coffee Talk: Update on the Canyon Uranium Mine

Coffee and conversation about water contamination at Canyon Mine. Open forum to answer questions and open discussions.

What did John Wesley Powell Learn about the Colorado River from Jacob Hamblin?

Bring your lunch if you wish to listen to this 45-minute lecture with Richard Quartaroli.

Jon Fuller will be at the bookshop to present his new book, “Verde River Elegy: A Paddling Journey to the River’s End.”

A Future of the Colorado Plateau Forum: “Indigenous Voices for Grand Canyon’s Next Century”

“We’ve got structural engineers on their way up from the Valley to come do an assessment of it,” reported fire chief Joe Toth.

‘Where do we go?' Winter parking restrictions near public land confound Flagstaff locals

Locals are frustrated with winter parking restrictions near public land being enforced.

The Flagstaff Police Department is looking into the death of a 65 year old man from Teec Nos Pos Arizona, after he was found in the snow near Steves Boulevard.

New legislature has provided a “small window” to have some oversight and management of an industry that has had significant local impacts.

More snow in the forecast for Flagstaff on Monday and Tuesday

Another storm system is set to visit Flagstaff to begin next week.

Mount Elden Middle School was placed on lock-down Monday morning, after a student brought a knife to school and used that knife to injure another student.

Here's why volunteers got out in the cold this week for the PIT study.

Snowfall in Flagstaff reaches third highest on record for January

It's the most snow in this month since 1980, and January is not over yet.

Working in a winter wonderland: assessing the economic impact of January's winter storms in Flagstaff

Flagstaff has gotten a lot of snow, but how is it treating the local economy?

Winter welfare: Checking in on Flagstaff animals in snowy conditions

Snowy and cold weather can pose health risks for humans in northern Arizona, but what about pets?

Ed Kabotie and Alec Tippett of Tha 'Yoties perform at the 2018 River Day at the Museum of Northern Arizona. Kabotie is an artist, activist and musician and is the current artist in residence at MNA.