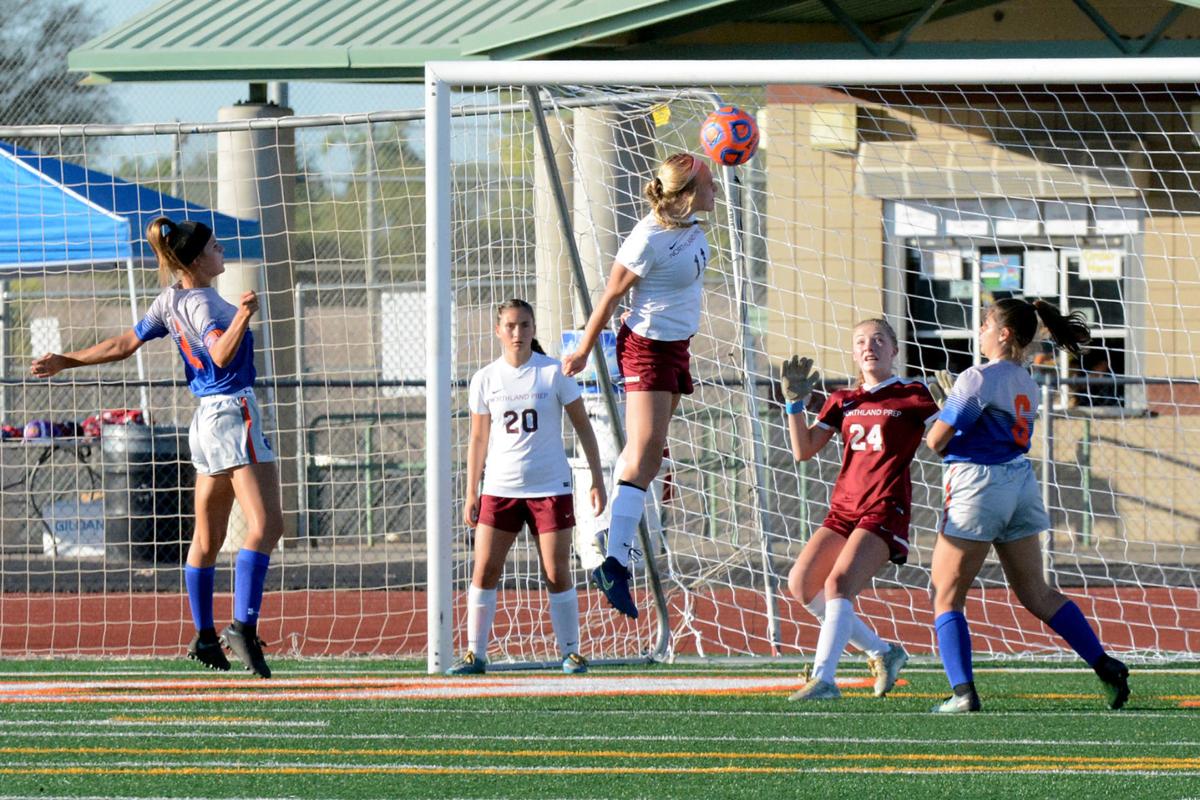 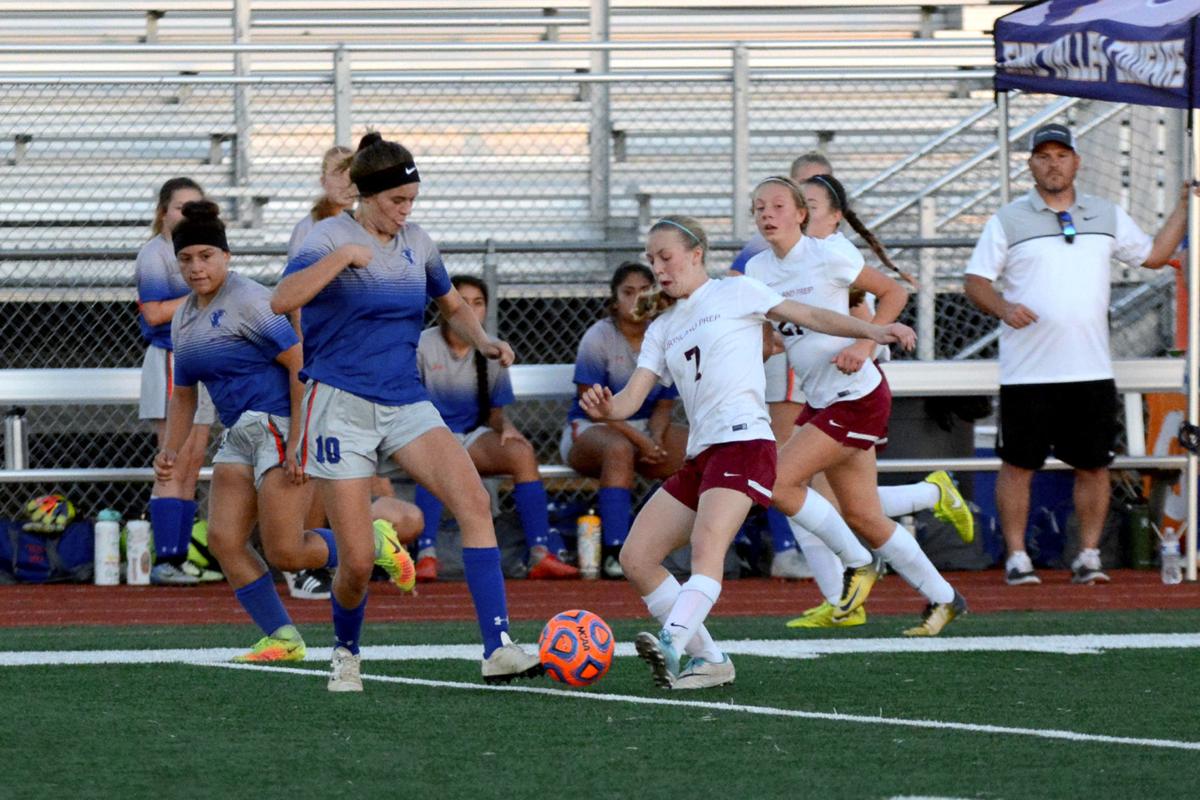 Northland Prep’s Mia Blair fights for control of the ball during the 2A Conference state final against Chino Valley High School last season in Gilbert.

Northland Prep’s Mia Blair fights for control of the ball during the 2A Conference state final against Chino Valley High School last season in Gilbert.

Good thing Northland Prep has had to handle this situation before.

The Spartans girls soccer team will need to go on its quest for a 2A Conference state title three-peat without star forward Kiarra Hovis. The junior tore her ACL a few weeks ago and will miss the entire season.

Hovis’ injury mirrors something the team has had to push through recently.

In the spring before the 2018 season, Mia Blair tore her ACL and the Spartans had to wait until the playoffs to get her back into the mix. She was able to return to help the Spartans to their second straight 2A title, but she wasn’t really herself.

Now, the Spartans have to go through it again -- this time for the entire season.

“We’re gonna miss her leadership on the field and just her aggressiveness but our expectations are still the same expectations: to win state. We know Chino will be good like they always are," Spartans co-head coach Keith Hovis said.

The dominant junior class for Northland Prep of Mia Blair, Kiarra Hovis, Ellie Karren and Payton Schmidt will now miss out on its second straight season of playing together.

Missing Kiarra Hovis isn't all bad, as it allows other players a chance to step in much like the way she did last season.

“I think the best way to look at it is it allows other kids to step up again and fill roles like we did last year," Spartans co-head coach Michael Blair said. "It definitely makes it feel more exciting, a little more interesting.”

Kiarra Hovis took on the bulk of the responsibility that Mia Blair left last season, setting career highs in goals (20), assists (32), total points scored (72) and steals (50). She became a more all-around player and learned how to find her teammates more often with Mia Blair out.

Now with Kiarra Hovis out, the Spartan attack is going to look a bit different.

Instead of Karren and Kiarra Hovis leading the way downfield, Spartans sophomore Sydney Sventek will be asked to produce more alongside Karren -- who has been the Spartans' leading goal scorer the past two seasons.

Last season Sventek finished second for Northland Prep in total goals with 28, and the last time Mia Blair played a full season -- her freshman year in 207 -- she finished second on the team with 24 goals.

So the production is there. But the attack might not have the same aggressiveness or fire without Kiarra Hovis charging into opposing backlines.

“In the end, we will be strong in our attack, just need some time to learn and to grow," Michael Blair said. "I’m sure teams will key on Mia, but we got some plans for that and we will adjust. Defensively, I think we are fixing some things in the past that we did well but we would get away with. Most teams are getting better this year and they are shooting for us.”

With the offense taking a hit, Michael Blair wants the defense to be stronger than it has been -- which seems a bit lofty considering how much Northland Prep has dominated the 2A. Only Chino Valley has challenged Northland Prep, handing the Spartans their only loss in the last 44 matches when counting games played outside the AIA power-rankings schedule.

Yet, despite the injury to Mia Blair last season, Northland Prep beat Chino Valley 3-1 in the state finals.

Michael Blair thinks the rest of the conference is getting stronger, meaning the Spartans need to work on always staying focused on the defensive side.

The defense is young, plus Ginger Blodgett will now have to play a bit farther up to compensate for the loss of Kiarra Hovis, Alyssa Sturm and Rylee Reed are experienced enough to lead the defense and to cover the backline. As a team the Spartans are deep enough to keep players fresh all around.

The Spartans may not score nine or more goals six different times this season, but it is easy to see why they are lined up to make another run at a third consecutive state title.

All it comes down to is the next player up.

Northland Prep opens the season on the road at Holbrook on Tuesday at 5 p.m. Last season the Spartans handed the Roadrunners a 9-0 loss in Flagstaff at Sinagua Middle School.

Mia Blair may miss the opener due to a sprained ankle, but otherwise won't miss much time.