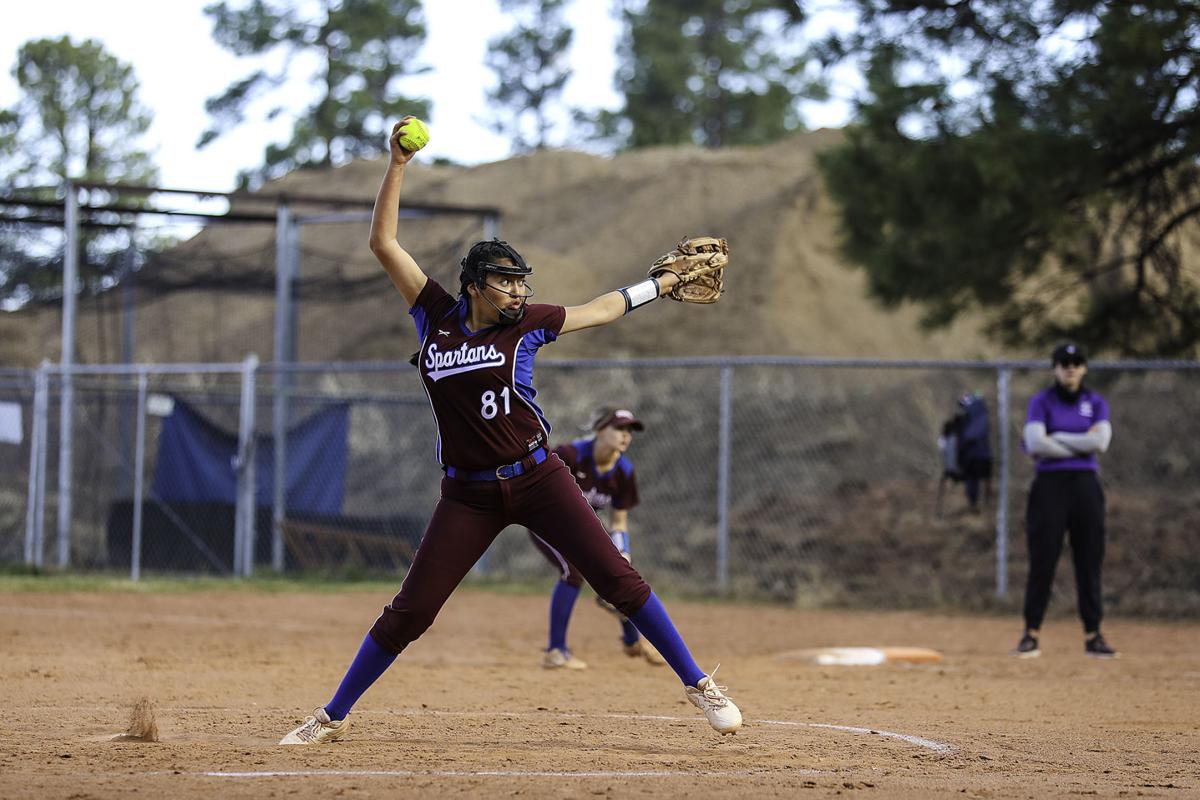 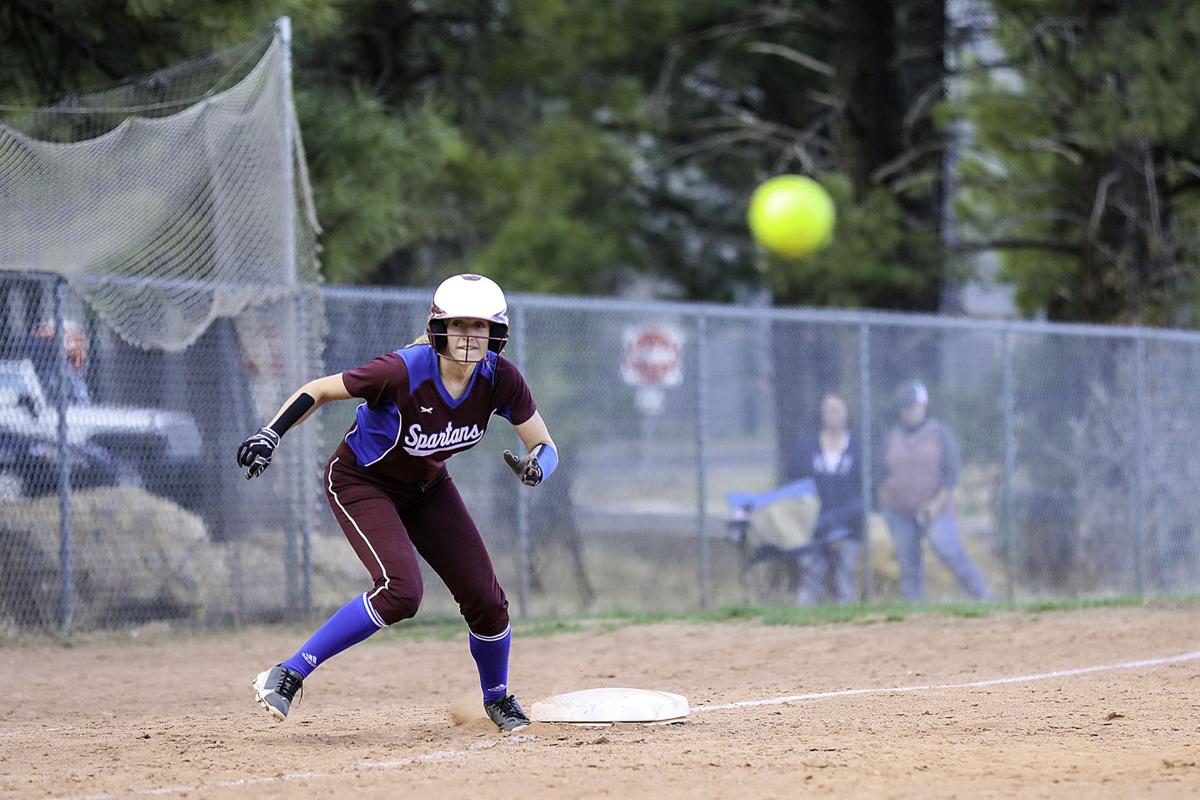 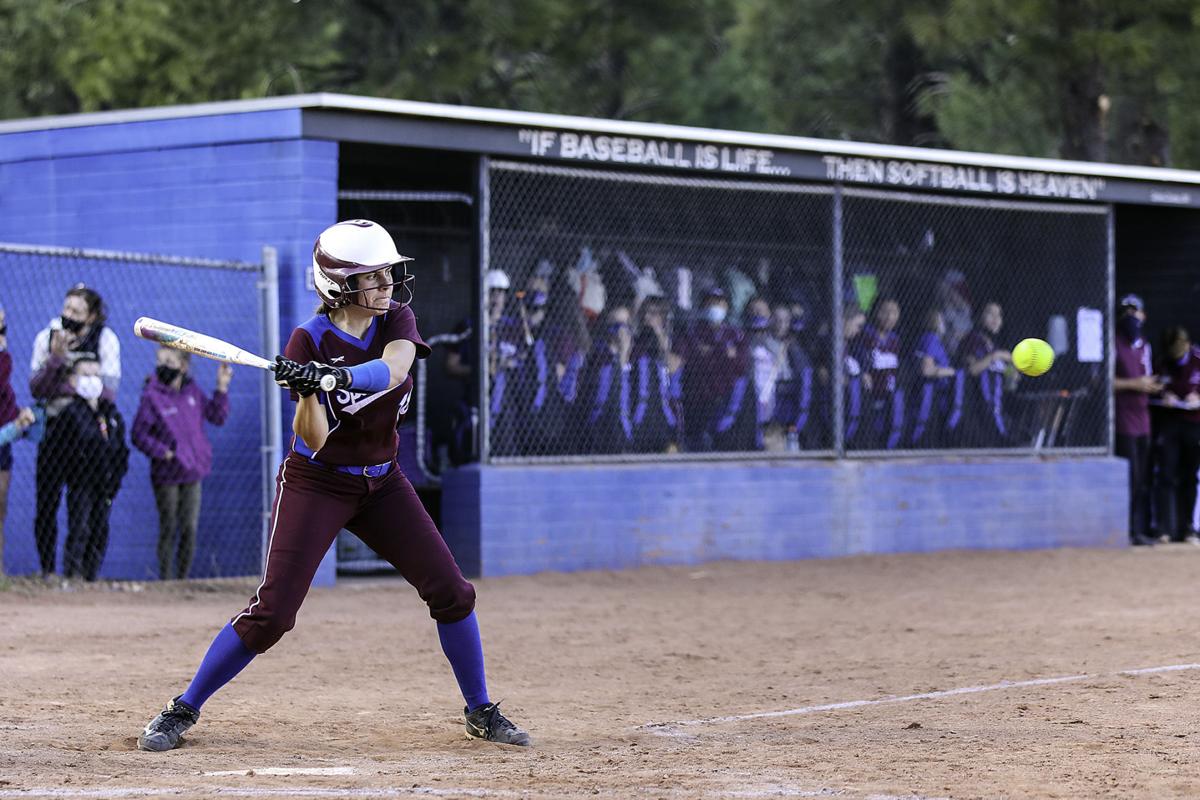 A Northland Prep batter concentrates on the ball and lands a hit during a home game against North Point Prep Thursday afternoon. 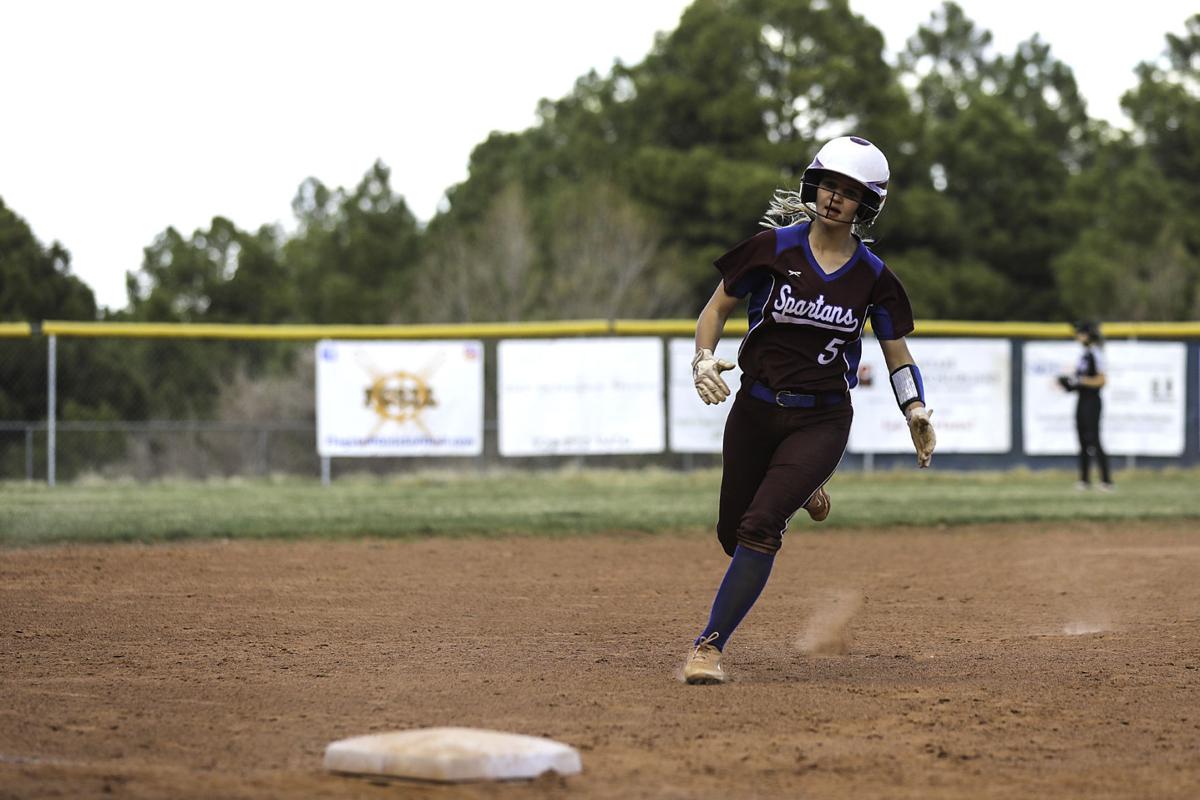 Northland Prep's Dakota Lakin makes it to third base during a home game against North Point Prep Thursday afternoon. 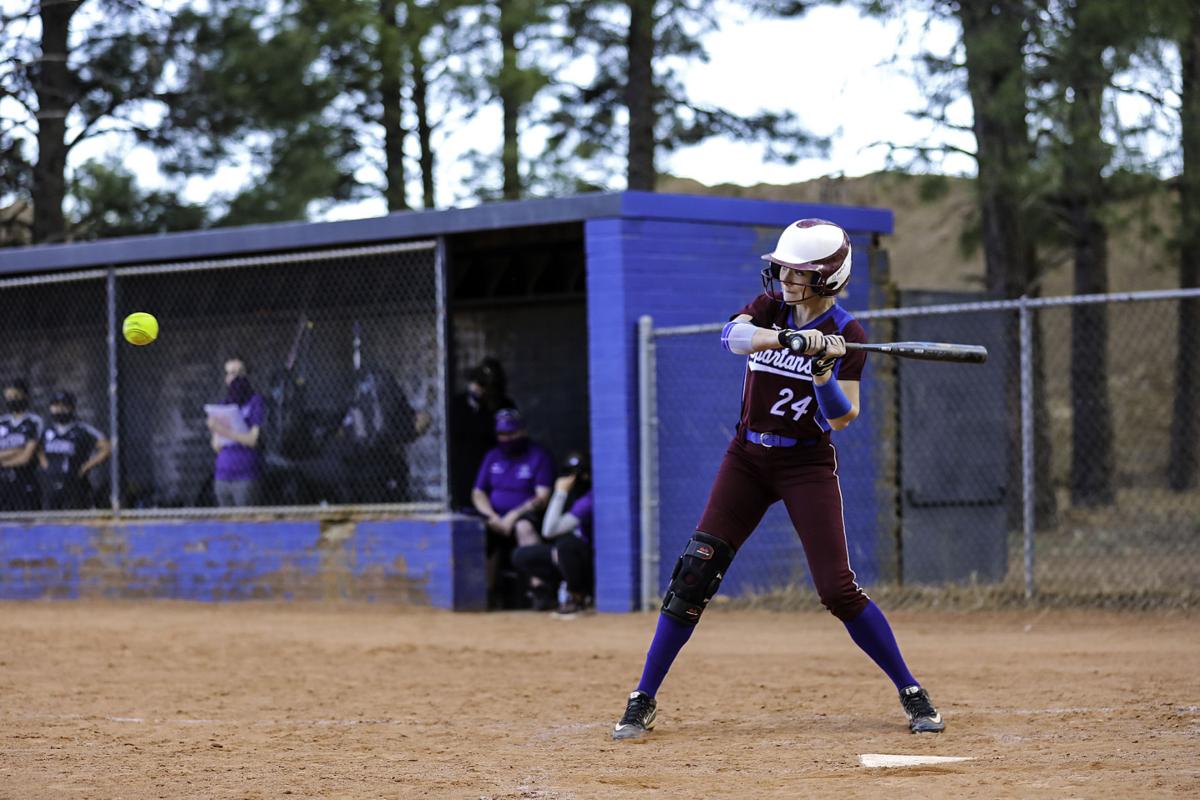 The 2A Northland Prep Spartans are on a serious hot streak to start their season.

In their first three games this season, Northland Prep's lowest-scoring game was a 14-5 win over Camp Verde, and the home opener Thursday was no different, taking out 2A Central North Pointe Prep in a 26-0, run-rule blowout.

The Spartans, ranked seventh in the initial 2A softball rankings, have beaten three teams ranked outside of the 2A top 10, including the No. 11 Falcons on Wednesday. The victory puts the Spartans at 4-0 and 2-0 in the Central Region.

The Spartans also beat No. 18 3A Campo Verde.

The Spartans put on a hit parade in the softball game, with everyone getting involved in the offense, never letting up and taking what the opposing pitcher gave them.

“It feels good, but we just got to keep it on,” Spartan manager Betty Dean said, talking about her team's offense. “You never know when you are going to hit that opponent who can do the same thing to us on the pitcher's mound. We never let down and we are just going to keep driving forward and try to get better and better.”

Spartans junior Maggie Auza had a monster game, going 5 for 5 with a single, a double and a triple as she drove in seven of the team's 26 runs.

Sophomore Reannan Butler also had a great day for NPA, getting it done at the plate at 3 for 5 with two singles and a double, while collecting three RBIs. Butler also was the only pitcher the Spartans needed, allowing just one hit and striking out eight batters in her five innings of work.

“(Butler) has such a depth of experience for her age, and that's what really helps everyone settle down,” Dean said. “It’s a really nice thing to have because sometimes our girls can get a little too excited, so in this case she is a real settling factor out there and calming for everybody, and she knows how to throw strikes.”

North Pointe did not do much to help itself, committing multiple fielding errors. Northland Prep, meanwhile, gave another example of just how good this team can be, both on the hitting and pitching side of the ball.

With last season's team being forced to shut down due to the pandemic while on a 7-1 start, the 2021 season brings a chance to show their dominance again, this time in a full season. This chance means so much more now for both Dean and her players.

“These girls were so excited to just come out and practice. They kept asking me if they could practice with their masks. They just wanted to get outside and throw the ball around,” Dean said. “So it feels great for everybody to be out here, and mentally everybody is in a really good place right now.”

The seventh-ranked Spartans will get one day of rest before hitting the road for the fourth time in this early season, taking on the undefeated No. 4 Horizon Honors Eagles, Saturday.

As part of a listening tour around the state of Arizona, Sen. Mark Kelly was in Flagstaff this week.

A Northland Prep batter concentrates on the ball and lands a hit during a home game against North Point Prep Thursday afternoon.

Northland Prep's Dakota Lakin makes it to third base during a home game against North Point Prep Thursday afternoon.