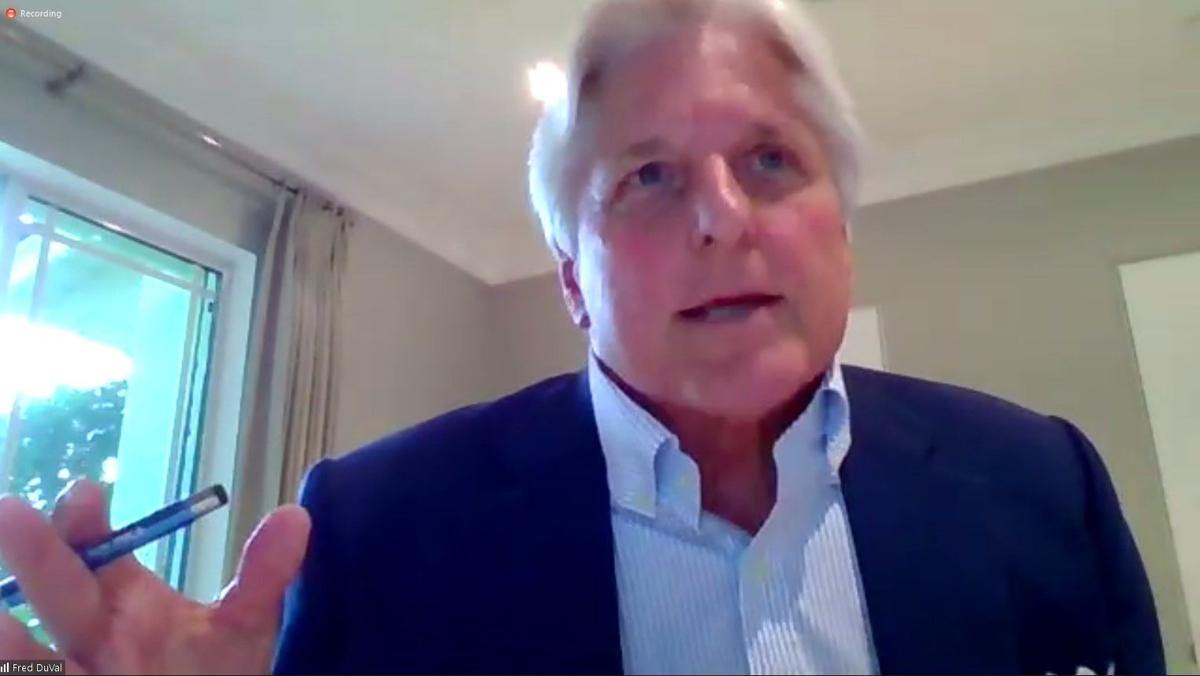 Fred DuVal, with the Arizona Board of Regents, speaks with faculty about the search for NAU's next president in this screenshot of a virtual meeting held Monday. 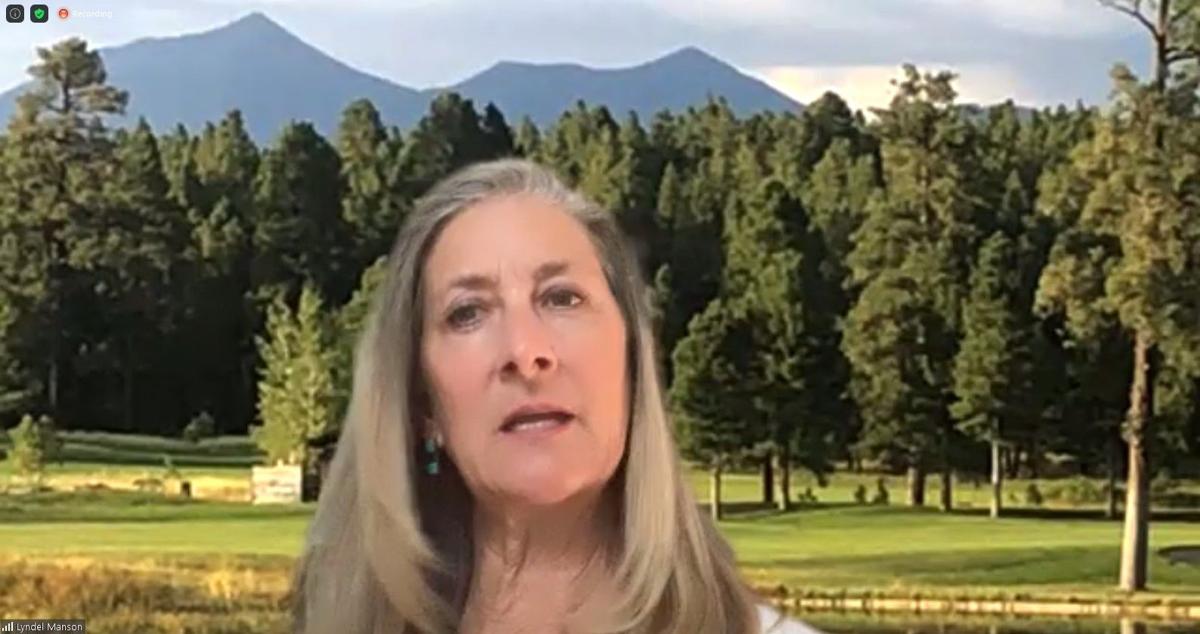 Lyndel Manson, with the Arizona Board of Regents, speaks with faculty about the search for NAU's next president in this screenshot of a virtual meeting held Monday.

Although there are nearly two years left until Rita Cheng’s contract expires and she leaves her role as Northern Arizona University President, an Arizona Board of Regents search committee is already working to define the ideal replacement.

Regents Lyndel Manson and Fred DuVal, co-chairs of the NAU Presidential Search Advisory Committee, met with NAU faculty members Monday afternoon in an all-faculty meeting hosted by the Faculty Senate to discuss traits desired in the next NAU president. The virtual meeting had about 220 total participants. Of them, more than two dozen shared their perspectives directly with the regents, with others submitting chat comments.

Manson said she and DuVal have already each received hundreds of phone calls and numerous emails with input on the presidential search since they were appointed to lead the committee in early September, following Cheng’s announcement that she will not be seeking an extension of her contract, which ends June 30, 2022.

Overall, faculty who participated in the meeting explained they want a leader who values faculty and staff perspectives and provides more opportunities for them to grow professionally and support their students.

Faculty member Debbie Craig said she believes in hiring someone more like John Haeger, who Cheng replaced in 2014 when he retired after 13 years as the university’s president.

“Dr. Haeger had the innate ability to invest in people and he saw potential in people and … he gave them the opportunity to develop that leadership,” Craig said. “We have lost so many amazing faculty and administrators in the past few years because that latitude has not been provided, so people have not been granted the same type of trust to develop their own leadership skills and contribute to the university.

"… NAU is an amazing place and we’ll get it back to that, most certainly. I’m optimistic about that. But we’ve got to have someone that’s going to invest in people, not just meeting ABOR metrics and then calling it quits.”

In addition to having better opportunities to grow — including through an expansion of the tenure program in the humanities and reinstating research for non-tenure track faculty, as some suggested — faculty said they want their opinions on university operations to be valued by administration.

To do so, they called for increased transparency from university leaders.

Participants also stressed the need for a leader who values NAU’s unique location on the Colorado Plateau and who is eager to work with the surrounding community, including Flagstaff’s tribal neighbors. They said having strong relationships with these diverse groups is critical to sustaining research programs and opportunities for students and faculty alike.

“Flagstaff is unique in itself, as is NAU, and it’d be wonderful to see our next leader work well with the City of Flagstaff, and one who sees us as an asset to this community and the community as an asset to us," said Juliana Suby.

In regards to expansion of the university’s presence in Flagstaff, faculty requested more sustainable university metrics from ABOR — an effort DuVal said is already underway, with both himself and Manson on the committee tasked with this effort.

“[We] recognize that the extent to which the metrics were adopted 12, 14 years ago created incentives for the three institutions in Arizona to look more alike. That’s the wrong strategy, we think, and so we are going to move towards system goals on one hand, but delineated, strategically imbedded, differentiated goals for each of the three campuses,” Duval said.

And though the two regents said they agreed with faculty’s suggestions for the next NAU president, they admitted it would be impossible to achieve them all.

“We need to work on displaying why NAU is distinctive,” Manson said. “And it’s distinctive for all of those reasons. It’s the indigenous populations, it’s our physical location, it’s our undergraduate focus, it’s the teacher-scholar focus. And those are the things, that’s why people come to NAU and … going forward, a new leader and this school is going to have to figure out where it applies its monetary and people and energy resources because we can’t be everything.”

The NAU Presidential Search Advisory Committee, which includes 14 members representing NAU, ABOR and Flagstaff, plans to eventually schedule a town hall on the NAU campus for additional input on the presidential search. The committee is also accepting feedback by email at Future.NAU@azregents.edu.

Northern Arizona University will soon need a new president: after six years in the role, Rita Cheng announced Tuesday she will not be seeking …

The Arizona Board of Regents has approved the guidelines for the search for Northern Arizona University’s next president.

In her letter announcing her decision not to seek an extension to her contract, NAU President Rita Cheng professes “great admiration and appre…

There might not be football, or crowded parades and carnivals or even the traditional chili cook-off, but Northern Arizona University students…

Fred DuVal, with the Arizona Board of Regents, speaks with faculty about the search for NAU's next president in this screenshot of a virtual meeting held Monday.

Lyndel Manson, with the Arizona Board of Regents, speaks with faculty about the search for NAU's next president in this screenshot of a virtual meeting held Monday.