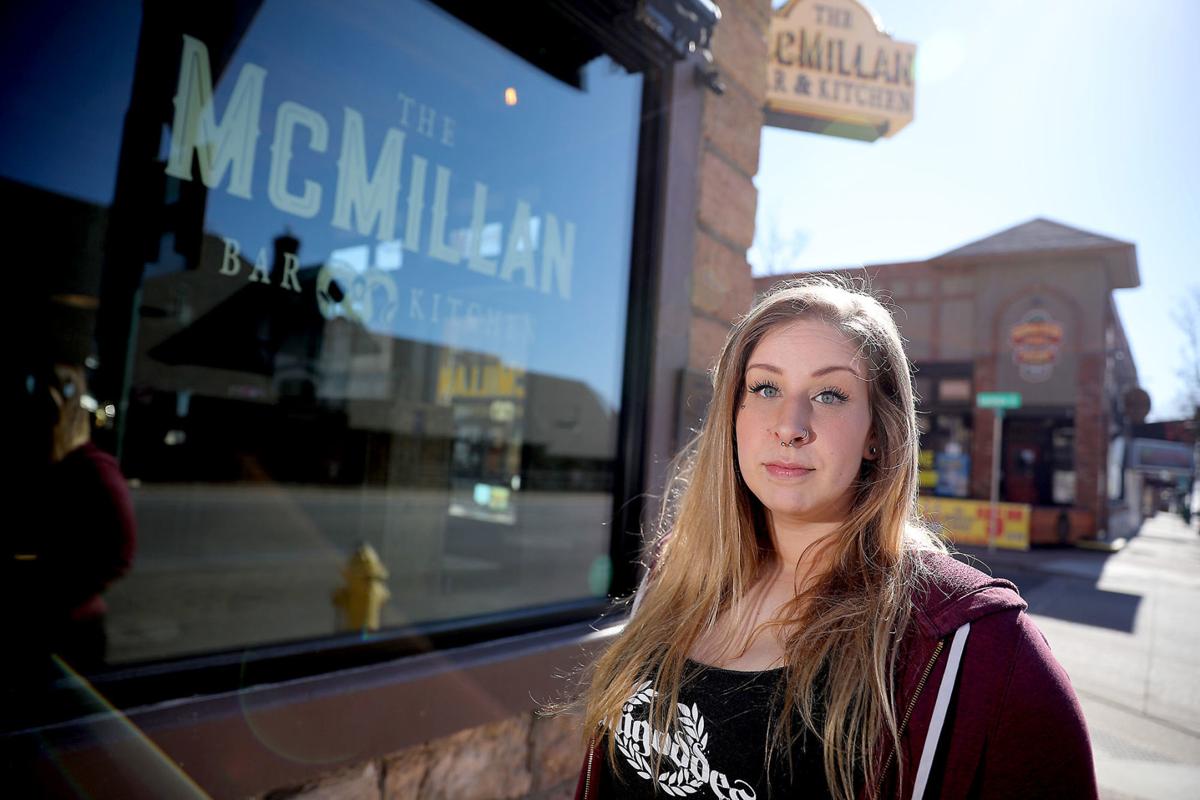 Shelby Klein, a bartender and server at the McMillan in downtown Flagstaff, stands outside her shuttered bar Tuesday morning. An online program allows people to support area service workers by tipping them even though they are not eating or drinking out. When logging on to serviceindustry.tips, the site selects a random local worker who can be tipped using Venmo or Cash App. 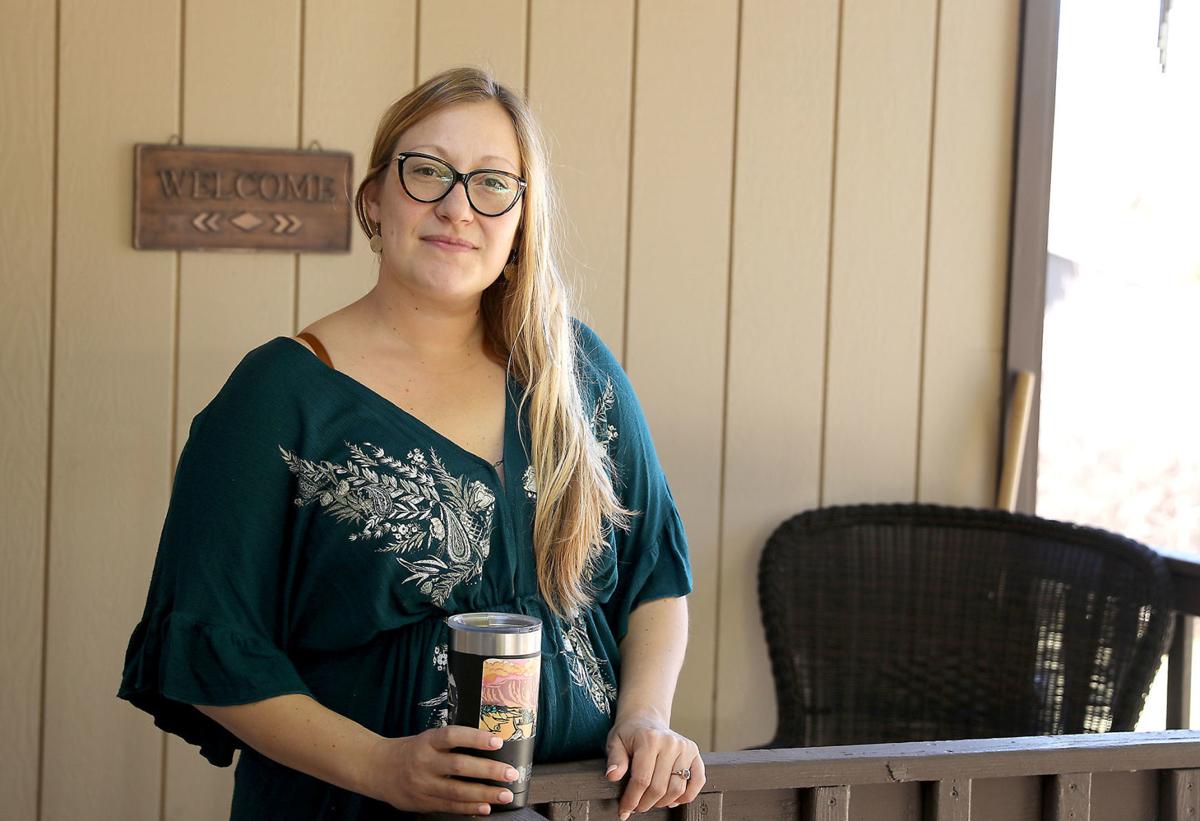 Rae Hernandez is one of a group of local organizers who have encouraged fellow service industry workers to sign on to serviceindustry.tips so that community members can support them by tipping even when they eat at home. 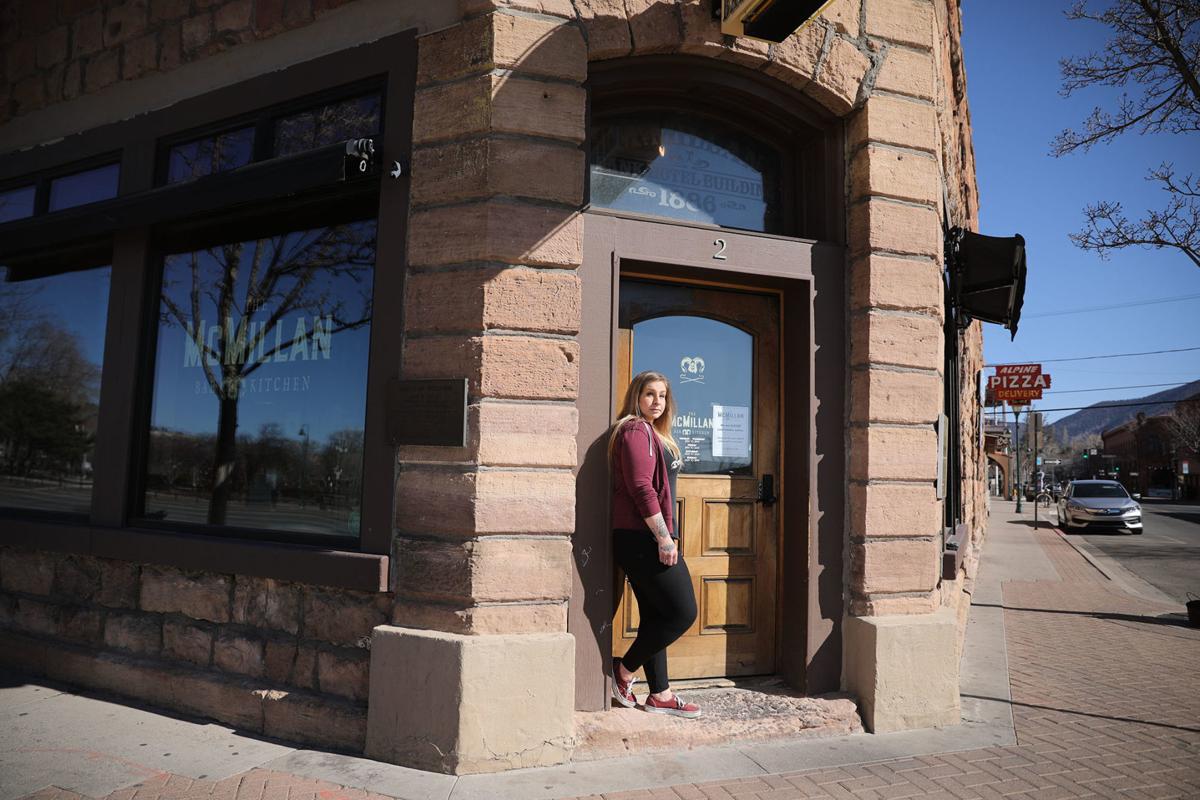 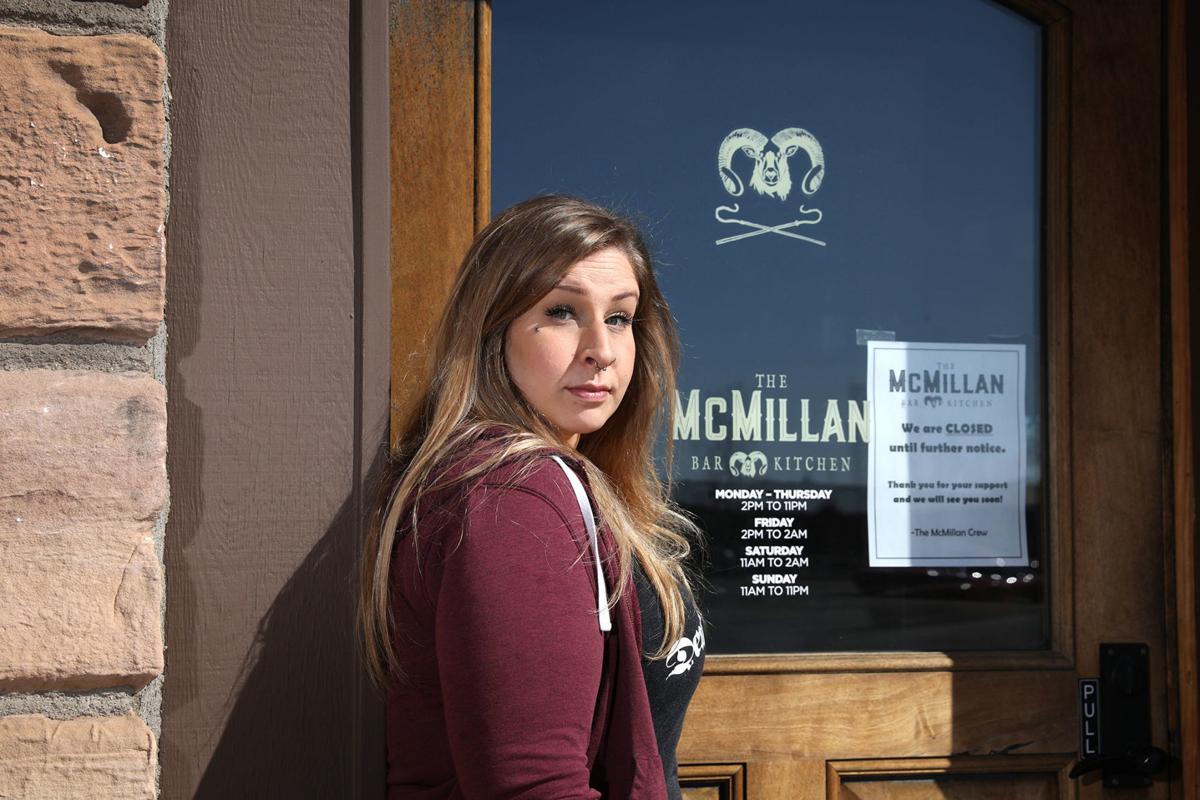 Your favorite bartender, the one to whom you’ve confided so much, now has a tale of woe to tell herself. That server who always greets you personally and accommodates your every dietary quirk, now has some needs of his own. The barista who adds a smiley face on your latte cup isn’t smiling.

Laid-off service industry workers, ranging from dishwashers to sommeliers and event workers to hotel cleaning staff, have been hit hard by the stay-at-home orders imposed during the coronavirus outbreak. It’s impossible, of course, for a bartender or waiter to work from home, unlike many with desk jobs.

In Flagstaff, help is on the way. A handful of temporarily out-of-work service industry professionals have teamed with an app called serviceindustry.tips to enable people who formerly went out to dinner at restaurants, or sidled up to a local bar for happy hour, to “tip” those who would’ve been their servers after they finish a meal at home or drain that martini.

The app now is running in more than 300 cities nationwide, including Flagstaff and Sedona. The premise is simple. People wanting to donate log on to the app and, through Venmo or Cash App, tip what they want to an unemployed service worker that pops up randomly on the app. In just three days of operation, Flagstaff’s administrators already have signed up nearly 50 service workers.

“I love the immediacy of the concept,” said Callie Goldberg, lead bartender at FLG Terroir Wine Bar and Bistro, one of the organizers of Flagstaff’s tipping consortium. “I love that they are using payment platforms that don’t take any cuts. I just think it’s pretty incredible that this thing has been borne out of the ether of this unfortunate situation.”

Think it’s a gimmick? Think it won’t make much a difference to out-of-work folks?

Ask Shelby Klein, a bartender for five years at The McMillan Bar & Kitchen.

Laid off three weeks now, and waiting for unemployment reimbursement to kick in, she faced the first of the month with her rent and other bills due. After just two days of receiving donated “tips” via the app, Klein was able to pay her phone bill less than 24 hours before service would’ve been shut off.

“It came just in time,” she said. “I need my phone. The littlest things, like 5 or 10 bucks here and there, it makes a difference. Some of (the tips) came from ‘regulars,’ some from other bartenders, some are just random people wanting to help and graciously gifted. Already, I’ve heard it’s helped many of my friends in the industry.”

One of the Flagstaff organizers is Rae Hernandez, who like many in the service industry, holds down several jobs to cobble together a living in town. She’s a bartender at the Snowbowl (now closed), is a bar manager for Peak Events, which runs festivals such as the Flagstaff Brews and Blues (now canceled) and tends bar at the Pepsi Amphitheatre at Fort Tuthill County Park (now in limbo).

Hernandez is not only an administrator of the app for Flagstaff workers; she signed up herself. Almost everyone in the industry needs a boost in this tough time, she said.

“There’s no shame in asking for help,” she said. “Hopefully, as a community, we can all pull together and try to help each other. There’s a lot of people here who are not out of work, who are still enjoying ordering takeout. And there’s a lot of people who miss that server or bartender who used to visit every week. This is a great way for people that are in a better position, that are still collecting a pay check or have money saved, to help out others that may not be in that same position.

“A lot of people in my business are struggling to pay that electricity bill or their rent. This is an opportunity for those regulars we’ve served for so many years to hear us out and maybe be willing to listen to our story so we can afford to come back later.”

It is a time of upheaval in the restaurant and bar business in Flagstaff, which is a big tourist town, especially in the summer months. But with doors shuttered, and no timeline for an easing of restrictions, Hernandez worries that the restaurant culture in Flagstaff may be permanently altered.

“The service industry is hurting in a major way,” she said. “I’m concerned about what restaurants we’ll see close after this and not make a comeback, concerned about my favorite servers and bartenders I visit — are they going to make their way back? Who’s going to find other options? I know people a bit younger than me who’ve taken off and driven to their parents’ house in other states. Who knows if they’ll be back.”

Jeremie Dalaba, who was a bartender at the Orpheum Theatre, among a bevy of what he calls his side hustles, estimates that about 85% of his total income “has dried up” with the closure of bars, restaurants and entertainment venues. To make ends meet — he has a mortgage and four children to support — he’s now delivering for Instacart.

“I’m doing it because that’s where the money has shifted now,” he said. “It’s put me in harm’s way (exposed to people), it’s taking me away from my family, but I gotta do it. It’s a funny world we live in. The money is (the service) industry is insane. But it’s not constant. You can make $30, $40, $50 an hour, but it’s not for eight hours. The money’s a fast burn for sure. The hustle has to be strong and real. A lot of people bust their butts.”

Adding to the burden for laid off local service workers is navigating the maze of filing for unemployment. Abbey Dye, a bartender and serving manager at the Flagstaff Brewing Co., has filed for unemployment, has received the debit card sent to recipients, but has yet to see any money. Meanwhile, her rent is past due.

“I have a little savings, so I’m better off than some,” she said.

Many service workers have several gigs and, thus, don’t meet the 32-hours-a-week requirement to collect benefits.

“Sometimes,” Goldberg said, “the formulas work against us. The service industry is demanding. What we consider to be full-time doesn’t always align with what the rest of the world considers full-time (32 hours a week at one job). There are special challenges.”

Which is why these service workers are reaching out, via the app, asking for diners now eating and drinking at home, to leave a little gratuity.

“It’s not a long-term solution,” Dalaba said of the app, “but, you know, if a local gal can get her phone bill paid for through tips, it helps.”

How to 'tip' a service worker

The new app, Serviceindustry.tips, connects servers, bartenders and other service industry workers with customers wanting to provide a "tip" (or donation) to the laid off workers. Log onto serviceindustry.tips, select Flagstaff as the city, and the app will randomly present a worker to you who needs help. You send the "tip," whatever you deem necessary, directly via Venmo or Cash App. There is no service charge.

Local service workers who would like to sign up as a recipient can go to serviceindustry.tips, select Flagstaff as the city and fill out a form to be approved and added to the list.

As of Tuesday night, there were 179 confirmed cases of COVID-19 in Coconino County, with 14 deaths. That includes 38 cases in the greater Flagstaff area. The state of Arizona has 2,575 confirmed cases and 73 deaths.

Thomas Pristow, Coconino County Health and Human Services Director, has resigned from the County. He held the position for about seven months.

Arizona ranked seventh in the country for states with the most small businesses affected by coronavirus, according to a study by personal fina…

Shelby Klein, a bartender and server at the McMillan in downtown Flagstaff, stands outside her shuttered bar Tuesday morning. An online program allows people to support area service workers by tipping them even though they are not eating or drinking out. When logging on to serviceindustry.tips, the site selects a random local worker who can be tipped using Venmo or Cash App.

Rae Hernandez is one of a group of local organizers who have encouraged fellow service industry workers to sign on to serviceindustry.tips so that community members can support them by tipping even when they eat at home.