Over the past two years, Nathan Nieto’s lab at Northern Arizona University received a lot of packages — more than 12,000, to be precise.

Inside each was one tiny tick, or several of them.

Nieto, an associate professor in NAU’s department of biological sciences, collected a total of about 16,000 of the bugs as part of a massive citizen science-based study on ticks and the pathogens they carry.

For each specimen, Neito asked senders to provide information on where, when and how it was found. Then, his team tested the ticks’ DNA for a suite of different pathogens, including the bacteria that cause Lyme disease.

The result is a map of the occurrences of tick-human contact across the United States. By recording any location where a tick was found by a human, it points to hotspots of tick activity, Nieto said. More surprisingly, the study found ticks with the potential to carry Lyme and other tick-borne diseases in 83 countries where the Centers for Disease Control and Prevention had not previously recorded them.

Among adults in one common tick species, 20 percent tested positive for Lyme disease-causing Borrelia burgdorferi bacteria. In all, the research team found 13 species of ticks, including the two most likely to be carrying Lyme, he said.

The mapping effort is important because Lyme can be a nasty infection with symptoms that include include chronic fatigue, short-term memory problems, rashes, arthritis, facial palsy, inflammation of the brain, and intermittent pain in tendons, muscles, joints and bones.

According to the CDC, the disease affects almost 300,000 Americans annually.

A map like this can help doctors be more aware of some of the less expected places where the disease might pop up, Nieto said. His study recorded ticks in several states where many doctors do not collect them and don’t have systems in place to assess the risk of tick-borne diseases and report them.

The disease moves along with people and animals across the landscape, so crowdsourcing the data was especially useful to represent that, Nieto said.

“Ticks and the types of species we're coming into contact with all over North America are dynamic," he said. "It’s changing based on the movements of hosts, climate change and people moving ticks and pathogens around, and that requires that we be broadly aware of tick-borne disease throughout North America."

Nieto cautioned, however, that just because his study recorded ticks in a certain location doesn’t mean the bugs naturally occur in that area. That’s the case for some of the Arizona data, he said.

A few ticks found to have the potential to carry Lyme or other diseases were sent in from Pima and Maricopa counties, but Nieto said those ticks most likely were picked up in another state and then transported to Arizona before people noticed and reported them.

Over the years, his lab has tested over 600 ticks in the state and has never had one test positive for the Borrelia burgdorferi bacteria, Nieto said.

A few ravines deep in the Hualapai Mountains are the the only place where ticks capable of transmitting Lyme are known to naturally exist, but his lab has never found one, Nieto said.

The money that allowed Nieto’s lab to offer a free tick identification and testing service for the citizen science study came from the Bay Area Lyme Foundation.

The number of ticks his research team received was six times what they were expecting, Nieto said. Once they tested each bug, they would respond to the sender to tell them the test results.

Another takeaway, he said, is that citizen science was a great way to collect a lot of information quickly. Collecting that many samples by themselves would have taken him and his graduate students years.

Some of the tick DNA that Nieto collects gets sent across town to the genomics research institute TGen North, which has offices near the Flagstaff Pulliam Airport.

In 2016, TGen developed a Lyme test that works through genetic sequencing. It targets and amplifies specific regions of the Lyme bacteria’s DNA as well as specific genes in related bacteria. That amplified DNA gets sequenced, then researchers determine the bacterial species present in the sample by searching for the DNA code specific to Lyme or other bacteria.

Since then, researchers have been honing the accuracy and sensitivity of the test, streamlining it and adding other tick-borne disease targets to make it a more comprehensive test, said Jolene Bowers, a research assistant professor at TGen. That’s especially useful because several tick-borne pathogens occur together and can cause co-infections, so doctors could use TGen’s one test to cover all of them, Bowers said.

So far, TGen has found its test works well in detecting Lyme during the initial phase when the bacteria are still in a person’s blood and haven’t yet migrated to the cartilage, she said. But due to a shortage in funding and the difficulty in finding human blood samples that are Lyme positive, TGen hasn’t done much work validating the test for use on people and instead is focusing on research and epidemiology applications.

Creating a test that could be used on patients has been the final goal, but Bowers backed away from saying TGen’s test could become the “be all end all” for Lyme detection.

It’s a very niche test, she said. Instead, she suggested it could be used as a companion for the test already on the market that tends to work better for people who have been suffering from Lyme for a while.

“It’s good to have in the arsenal, but there should be others that take a different approach,” Bowers said.

Mosquitoes near ponds a cause for concern

If you find yourself swatting clouds of mosquitoes, you’re not alone. It’s a direct consequence of the numerous oversize retention ponds the c…

HIV testing lags in Arizona; new cases have risen since 2011

PHOENIX – A dozen people waited at Phoenix Walgreens on a Wednesday in late June to get tested for HIV. One by one, they were called into a sm…

Part one of a three-part series on NAU research.

The second of a three-part series on NAU research. 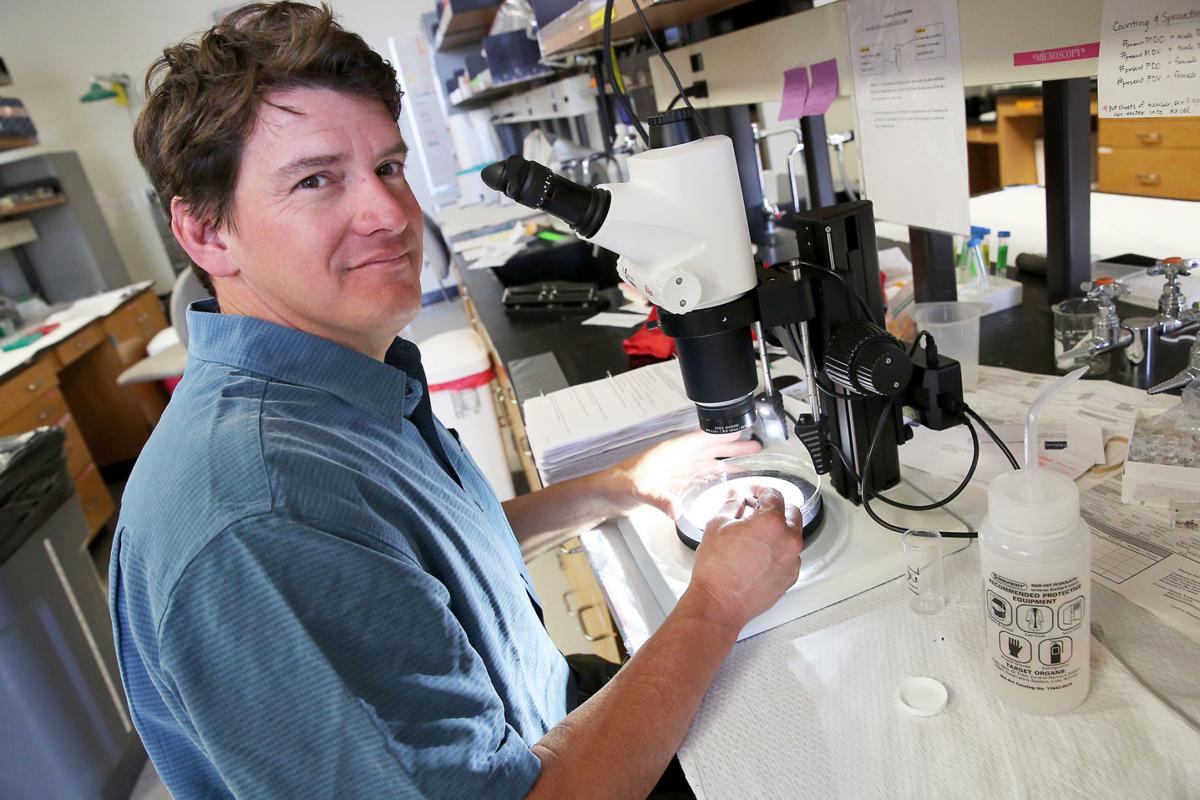 Microbiology Associate Professor Nathan Nieto works with tick samples in his lab at Northern Arizona University in this file photo. Nieto has collected a total of about 16,000 ticks for a massive citizen science-based study on ticks and the pathogens they carry. 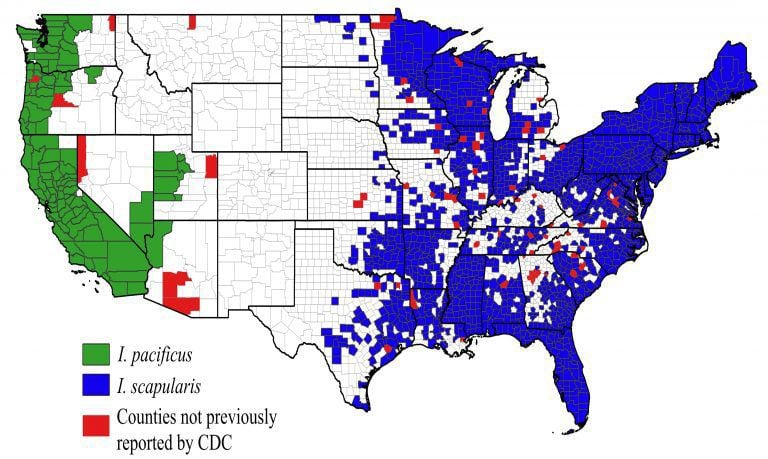 The results of Nathan Nieto's nationwide citizen-scientists study found ticks capable of carrying Lyme and other tick-borne diseases in 83 U.S. countries where they had not previously been documented. These counties are highlighted in red.