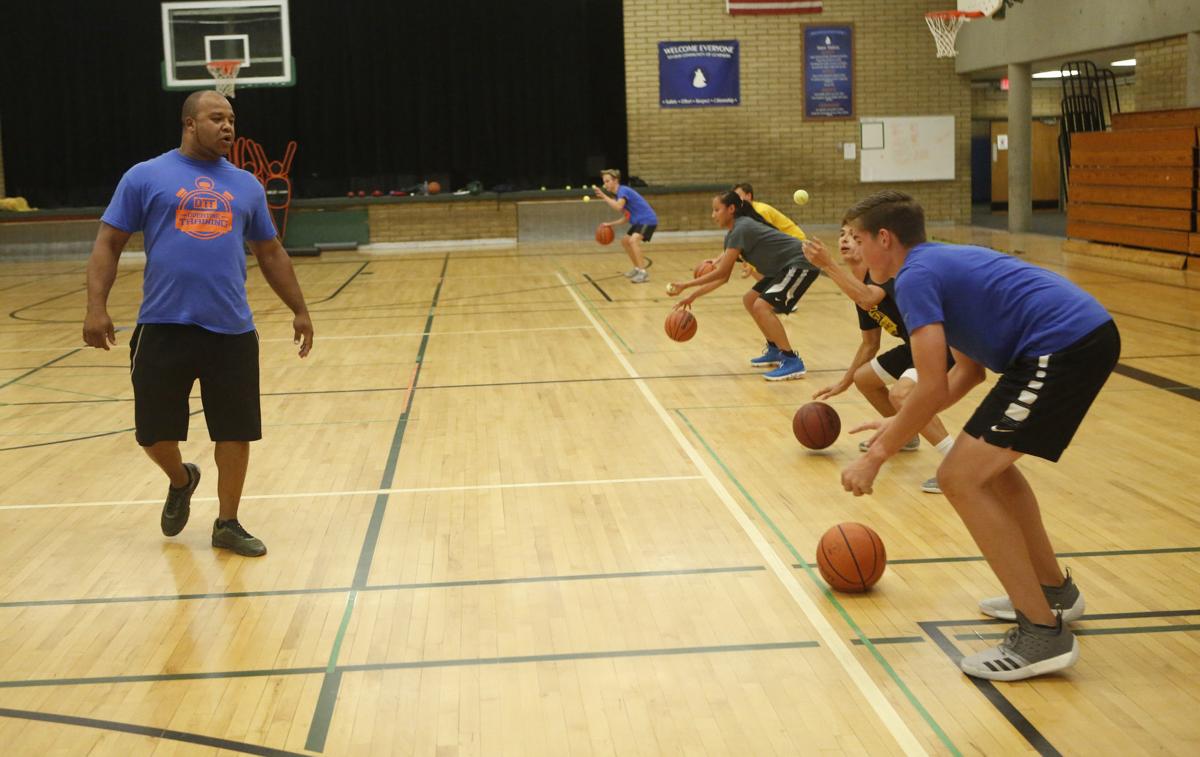 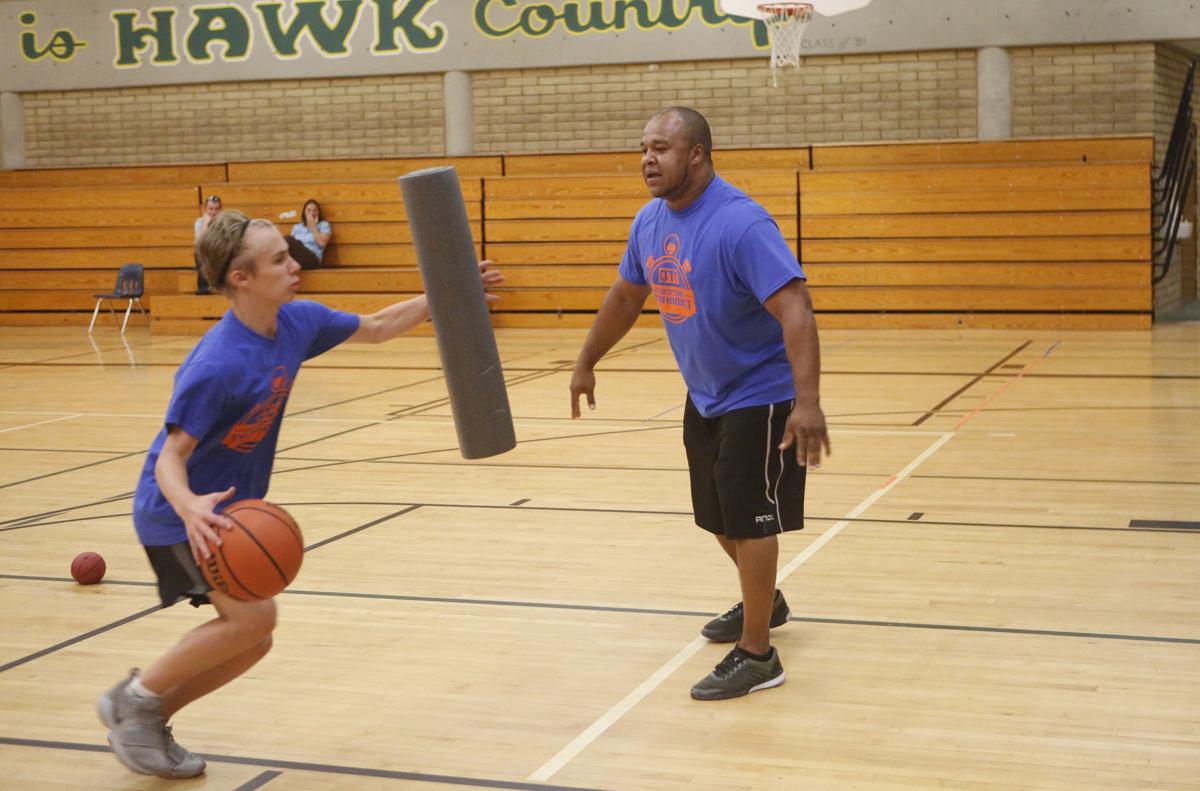 Marcus Neal paces up and down the Flagstaff Junior Academy basketball court, calling out instructions and offering words of encouragement as kids dribble a basketball with one hand and a tennis ball in the other.

As the class continues, the drills get harder. Neal tells his class to pass off the tennis ball to a partner and immediately follow with a crossover move. A girl who barely stands tall enough to dribble the ball between her legs demonstrates the different drills.

"Throw it, snatch it!," Neal hollers over the sound of bouncing balls on Thursday, his 9-year-old daughter Braya Tiffany standing beside him ready to show off the move. "Dribble hard, dribble hard."

Stephen Garnett, a former Northern Arizona and Winslow High School hoops player, passed on the Overtime Training drills to Neal, who now uses them as part of his youth basketball classes. Also an assistant with the Flagstaff Eagles girls varsity team, Neal has implemented the lessons into the high school practices.

"(Garnett) was like, 'Man, I see what you are doing out here. I want you to be the head of a chapter out here,'" Neal said. "So I've been doing it, I've been training kids, and the parents give me feedback about the players' handles and everything coming together."

Thursday marked the first full year Neal has been hosting the camps. He has worked closely with players from Northland Prep, Flagstaff High and Coconino High, in addition to younger age groups.

One player at Thursday's session was Oniah Barton-Paddock, who will enter her sophomore year after getting starting minutes as a freshman for the Coconino Panthers. The Panthers finished the 2017-18 season with a 16-3 regular-season record and a second-round appearance in the 4A Conference state tournament.

The team that beat Coconino that year was Flagstaff, which went 18-1 in the regular season and reached the state semifinals for a second straight season.

“I didn’t know I could really do this training thing until I started doing it, getting positive feedback from the parents, seeing the results. Once that happened, I said, ‘Man, I can do this, I got a gift doing this.’,” Neal said.

After working with the tennis balls, Neal tells the athletes to catch a tall foam roller he throws at them while they drive to the rim. At first, the ball misses the mark. It misses again. But as the drill goes on, the buckets start falling. Neal likes to mix up his workouts and put his own touch on his courses, and he likes to make sure to make things uncomfortable and challenging for the players.

The idea is that the drills will make basketball movements, such as dribbling, driving and passing, come as second nature for the player, and also make them more explosive in general. They also work on shooting and athletic stances. Players, too, he says, gain a better understanding of the game.

“It’s really good for your hand-eye coordination, and I also really like to do a lot of jump rope workouts," Neal said. "We're doing things a lot of people never seen before."

Neal was a McDonald's All-American nominee when he played for the Flagstaff Eagles. He then played two years at Glendale Community College before transferring to play for a year at Adams College in Colorado.

His love for the game helped him to grow from a player into a coach, and he has had his own confidence grow while leading the classes. He said he's found his calling through working with youth, and would like to open a complex of his own some day.

He's also embraced the time he gets to spend bonding with his daughter. Furthermore, the many kids who come through the camps have also become part of a greater family.

“I just enjoy being out there with the kids. The good Lord blessed me with a gift of working with the kids, and they enjoy me being out there. I am a big guy, but I am a gentle giant, and I get that from my dad,” said Neal, whose father Danny Neal recently retired from his position with the city’s recreation department after three decades, many of which were spent working with Flagstaff's youth.

Here comes the bride? Not so fast during the pandemic in Flagstaff

They were married in the sterile, but judicious, environs of the Coconino County Courthouse — nary a flower in sight and certainly no harpist …

Slowly and hesitantly, as Flagstaff emerges from the COVID-19 lockdown, religious congregations are taking tentative steps to resume in-person…

Although it has been staying busy with COVID-19 patients, Flagstaff Medical Center has not been spared from the pandemic’s economic challenges.

On a chilly pre-dawn morning, Molly Brown pulled into Dr. John “Bull” Durham’s Flagstaff driveway and started to load her truck with six-foot-…