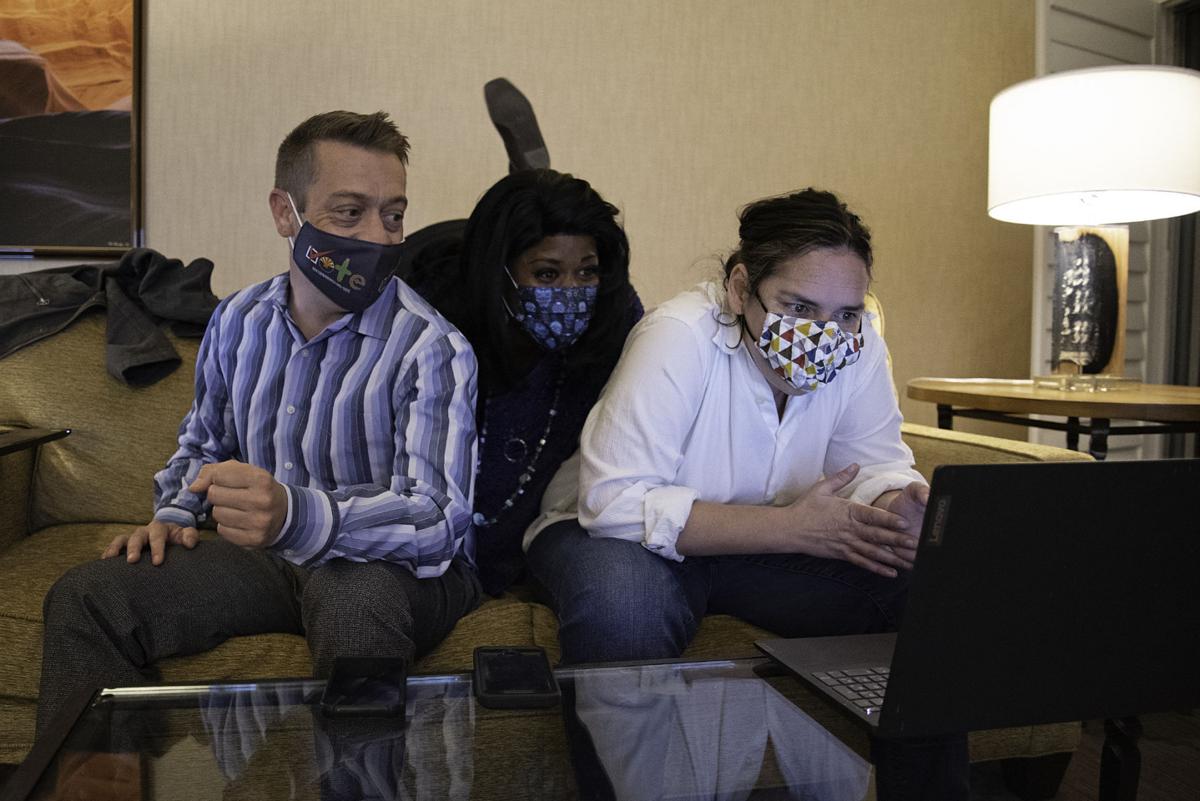 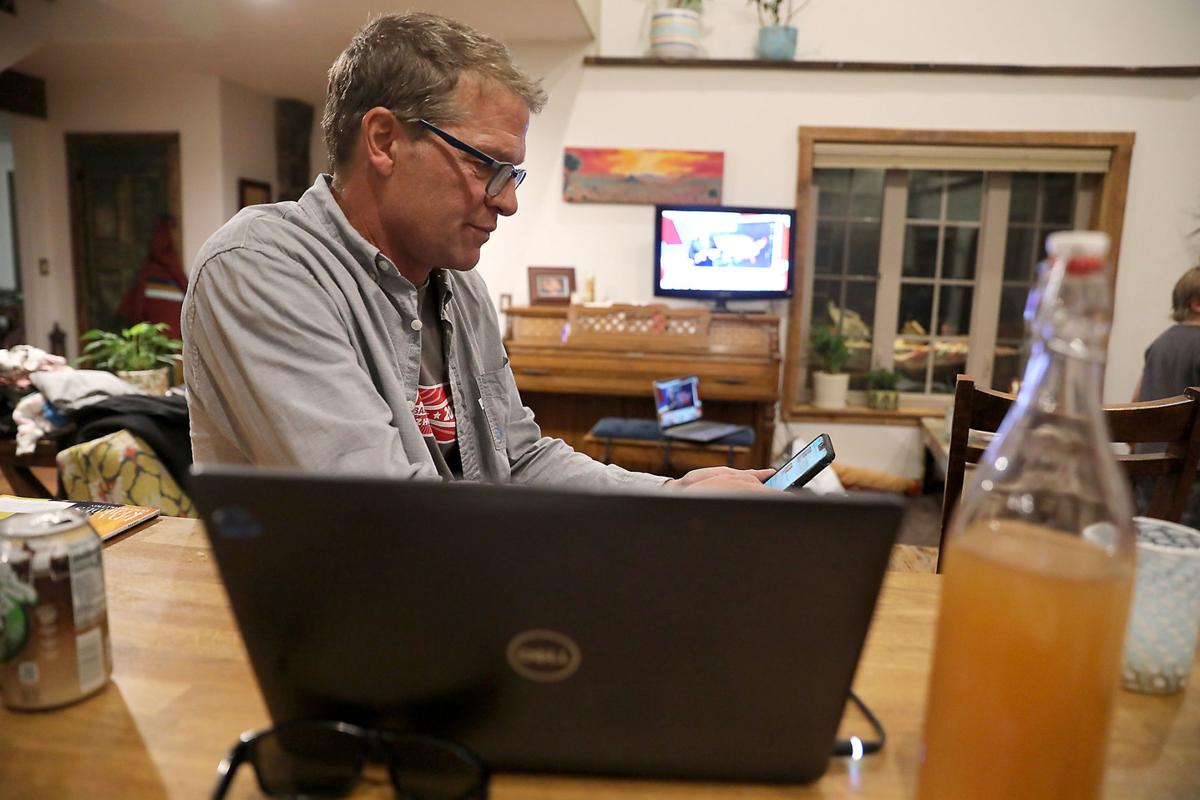 If Democrats were confident about their chances in Legislative District 6 last night, that feeling has mostly dissipated this morning.

While Democratic State Senate candidate Felicia French was leading Republican Wendy Rogers as of about 10:30 p.m., that lead disappeared as the night drew on and more ballots were counted.

By this morning, Rogers had surpassed French’s early lead and had 53% of the vote. That has left French about 8,000 votes short with 46%.

In the race for the Arizona House, Democratic Flagstaff Mayor Coral Evans had been leading the pack last night. But her lead also slipped by morning.

Republican Rep. Walt Blackman took the lead by a significant margin, garnering 28% of the vote. Based on the current numbers, Blackman looks to be secure in a second term.

But with ballots still being counted, the district's second seat is still up for grabs. In the district's 2018 state house election, the difference between second and third place was decided by just 577 votes.

Barton and officials from Evans’ campaign told the Arizona Daily Sun this morning that every vote would need to be counted before the winner of the second seat could be determined.

"I knew it would be close," Barton said. "I worked very hard to get the message out to folks in District 6."

Coconino County Supervisor Art Babbott, the only Independent in the race, conceded last night after receiving only 19% of the vote.

The races in Legislative District 6 were too close to determine winners Tuesday night.

In the race for state representative, Democrat Coral Evans held the top spot with 44,222 votes at 28%, Republican Walter Blackman was in second with 41,468 votes at 26%. Republican Brenda Barton was trailing Blackman with 38,729 votes at 24% and Independent Art Babbott took 33,240 votes at 21%.

Babbott said he felt he was under on votes, and appreciated his opportunity to change Arizona politics.

"I congratulate Walt and Coral on their victory," Babbott told the Arizona Daily Sun.

The district has an unbroken record of Republican representation during the past decade and includes cities such as Flagstaff, Tusayan, Snowflake, Show Low and Payson.

The Republican legacy is one that Blackman and Barton are hoping to continue. Democrats across the country are eyeing the district and hoping to pick up an extra seat in order to swing a majority in the state Legislature, relying on Evans' time in Flagstaff leadership. Babbott was hoping his status as an independent would appeal to voters across the four counties.

Blackman is running to retain his seat in Legislative District 6 that he first won in 2018, while Barton is running to represent the state after previously working in the state legislature from 2010 to 2018 and hitting term limits. Term limits require legislators to only run for four consecutive 2-year terms in either the House or Senate.

Both women running for state senate have had an unsuccessful track record in seeking public office, but hope to clinch this seat.

Rogers has been seeking public office for about a decade, and most recently attempted to defeat Rep. Tom O'Halleran for his seat in the U.S. House of Representatives. Rogers placed clean water and forest protections, recruiting large companies to create jobs in rural Arizona, and lowering prescription drug costs high on her list of issues.

The Flagstaff City Council has once again found itself considering a development offering Flagstaff new housing units opposed by neighbors.

With millions of acres of federal land, Coconino County has long been a good place to get outside and sleep under the stars. But now, an increasing number of companies are taking advantage of that fact.

COVID-19 rules still being enforced by many Flagstaff businesses

Businesses throughout Flagstaff are saying they plan to keep COVID-19 protocols in place for the time being, even with the green light from th…

Mary Jane for the masses: Marijuana dispensaries bustling in Flagstaff after opening for adult use

Across Arizona, dispensaries have been getting licensed and opening for recreational customers since Proposition 207 was puff, puff, passed. N…

Adam Gilliam, a 29-year-old man from Oregon, was arrested for starting a small wildfire near the Blue Ridge area, Coconino County Sheriff’s of…

Last week, new cases of COVID-19 increased for the second week in a row in Coconino County. The increase came alongside news that for the first time, the county this week has more doses of the vaccine than appointments to administer them.

One of the special things about Flagstaff is its luminous nightscape, achievable through the city’s dark sky ordinances. As April is Sexual As…

Arizona to open vaccine site at NAU April 19, will offer doses to residents ages 16 and up

The Arizona Daily Sun and its employees serve Flagstaff and the surrounding communities. Our team of dedicated employees provides local news c…