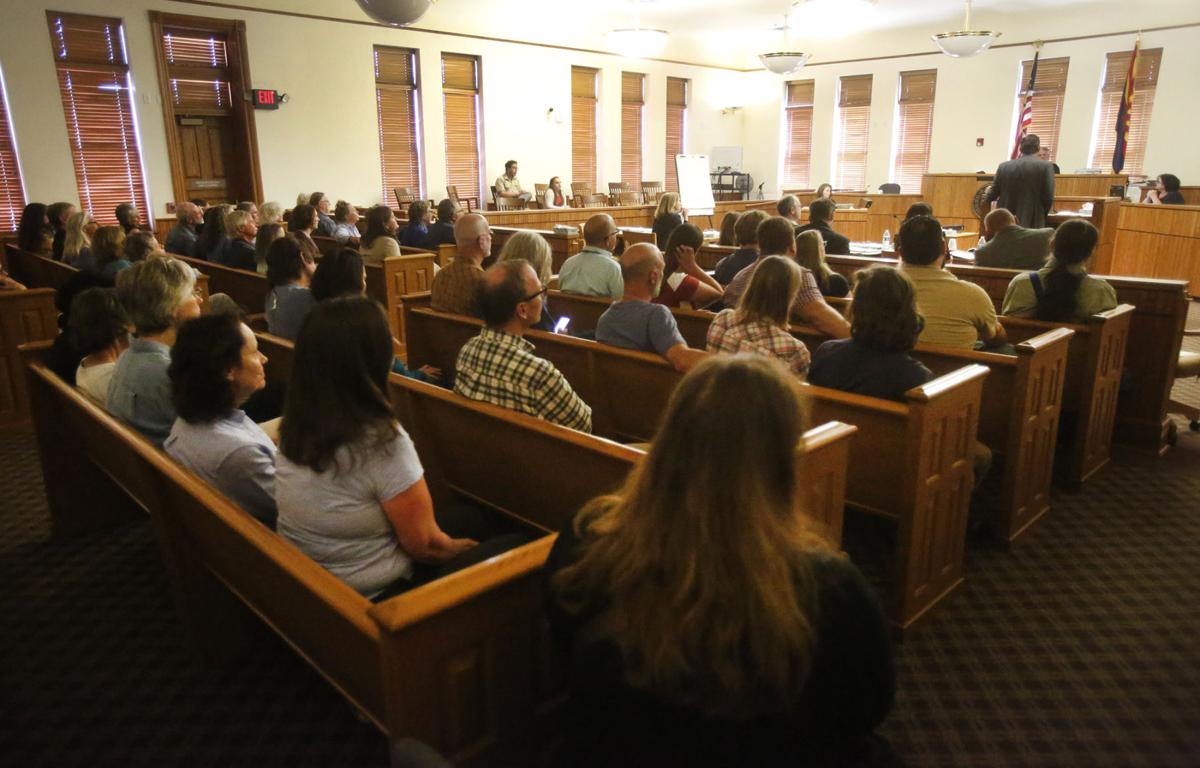 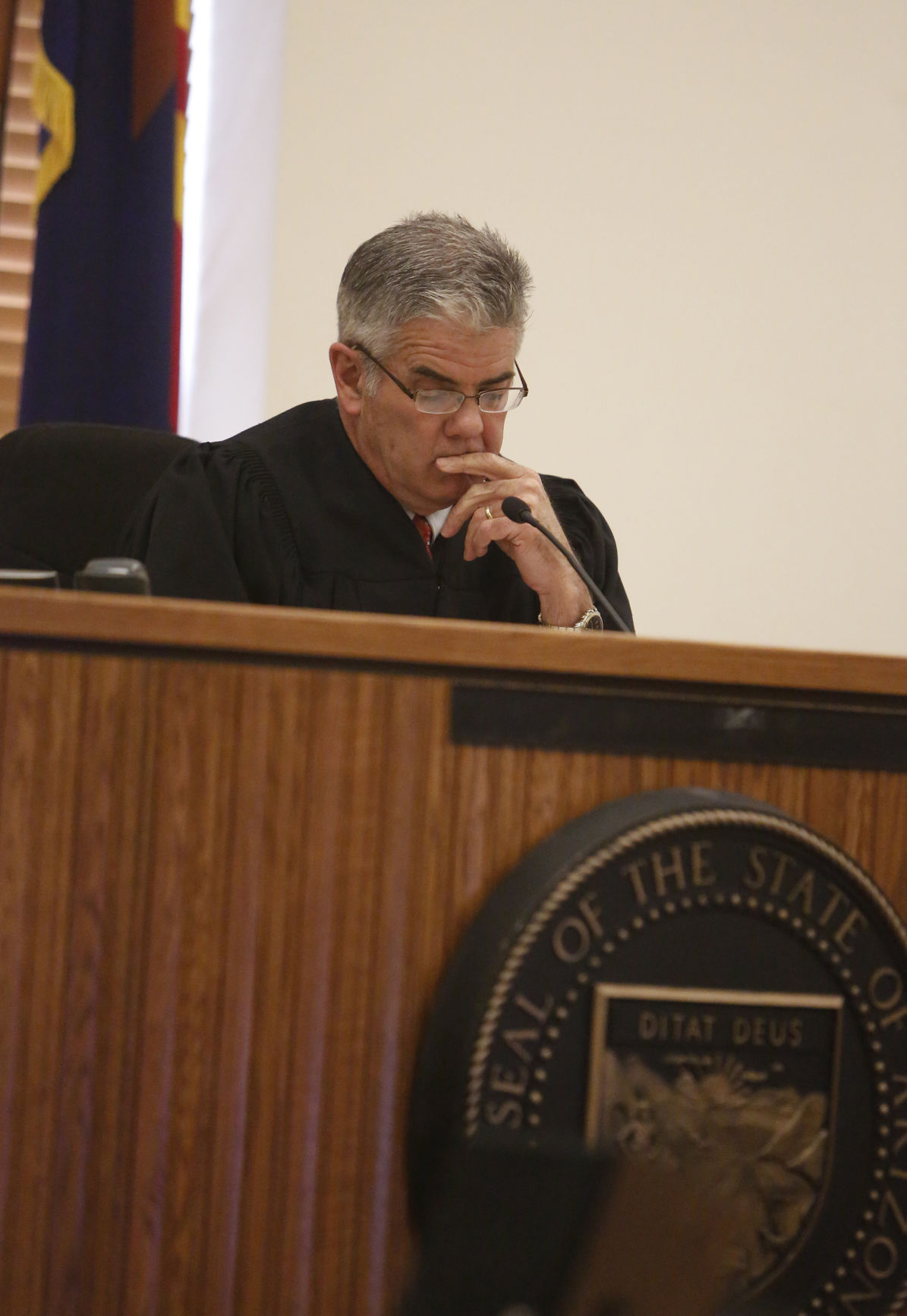 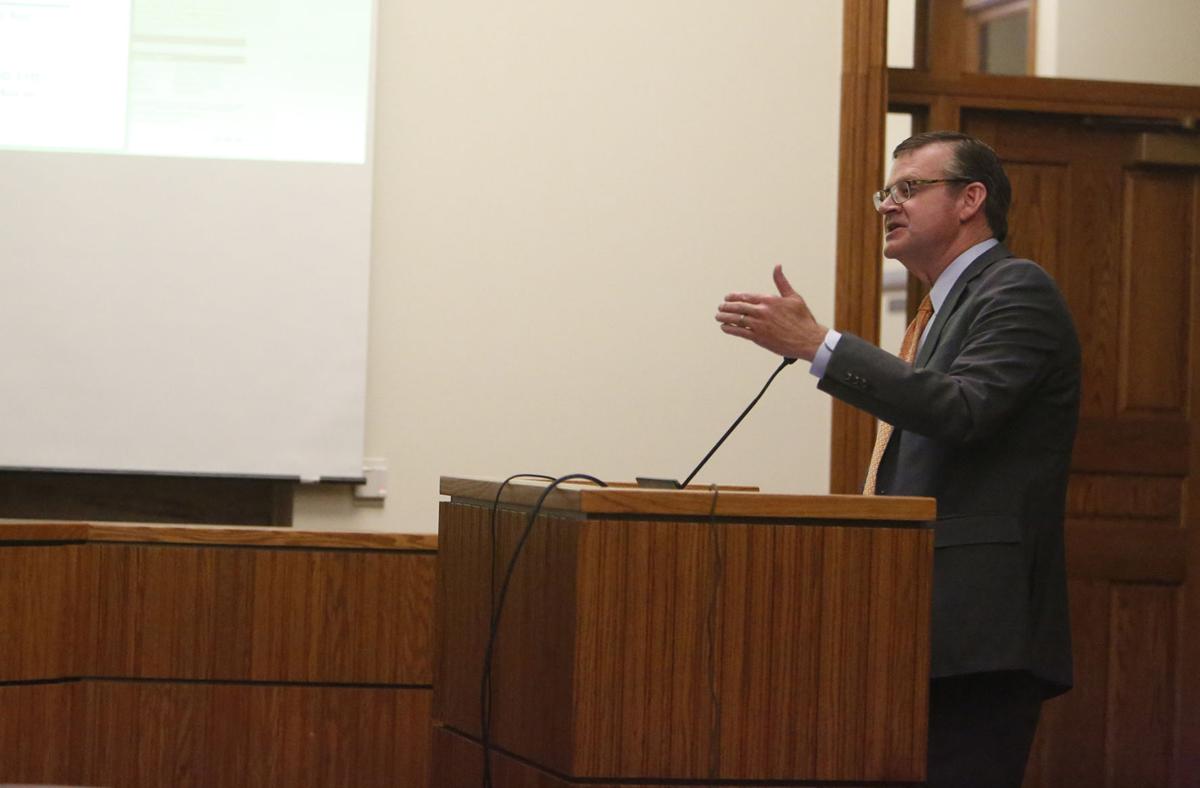 The proposed Hub from Phoenix Avenue 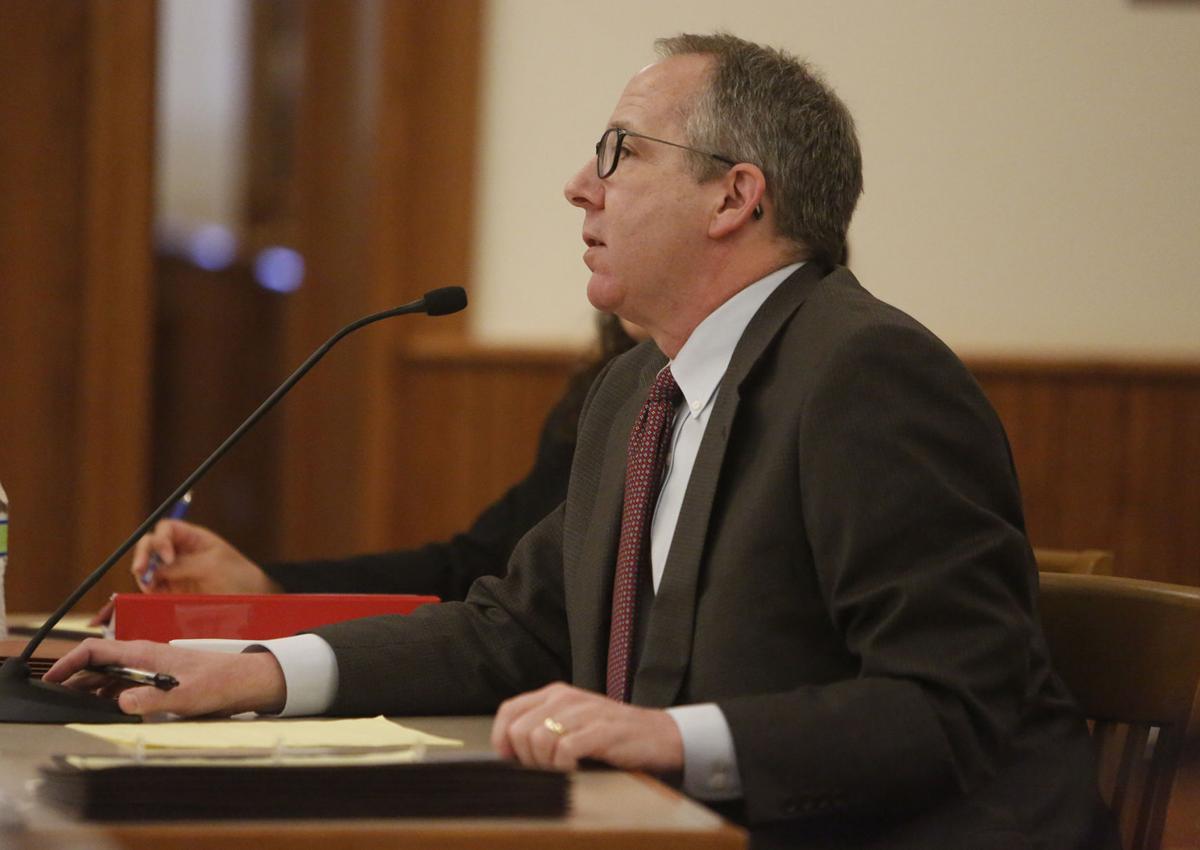 Cameron Artigue, a lawyer representing Core Campus, at Friday's Superior Court hearing on an appeal of The Hub's development permit.

The proposed Hub from Phoenix Avenue

Cameron Artigue, a lawyer representing Core Campus, at Friday's Superior Court hearing on an appeal of The Hub's development permit.

The Hub has won.

A Pima County Superior Court judge on Friday denied the appeal of the Flagstaff Board of Adjustment’s decision to allow construction of a student housing complex, known as The Hub 2.0.

Judge James Marner, who was invited to hear the case due to local judges citing conflicts of interest, ruled that while plaintiff 120 Cottage Place, LLC, had standing to appeal the board’s decision, the appeal was denied on merits of the case.

The main argument in the case, which was also the main argument to the Board of Adjustment, was whether a commercial block type building, like The Hub, is allowed under the parcel’s zoning, which includes a T5 (Transect, or transitional) zone and a T4 N.1-O zone.

Whitney Cunningham, an attorney from Aspey, Watkins and Diesel, referenced a list in the zoning code that details allowable building types, and it does not include commercial block as acceptable in that zone.

However, attorneys from both the city of Flagstaff and Core Campus pointed out that in other areas of the zoning code, commercial block is listed as acceptable in T4.

Cunningham said that by using the chart that does include commercial block as an allowable type in T4 zones, the court would negate the purpose of all of the subzones created in the code, which the table, called “Building Types General,” does not take into account.

The “Building Types General” table only refers to buildings allowed in the six transect zones, without detailing specifics of the subzones, which create 11 total zones that exist in Flagstaff’s zoning code.

Rubalcava said the T4 transect as described in the code clearly allows for a public school or a funeral home to be constructed in a T4 zone, and the only building type that would accommodate those uses is commercial block.

Cunningham also argued that the size of The Hub, a 591-bed apartment complex geared toward college students located on Phoenix Avenue, Mikes Pike and Milton Road, is not compatible with the area based on scale. He said the city staff members who originally approved the building did not conduct the required compatibility analysis.

However, Rubalcava said city staff took into consideration all elements of compatibility, including size and height, and they permitted the building as is allowed in zoning code, which does not call for a specific “compatibility review.”

At the hearing, Rubalcava showed pictures of what the artist’s rendering of the building was before and after city staff discussed compatibility with Core Campus, the developer of The Hub. She showed that several aspects to account for compatibility, including pitched roofs, color, texture and landscaping, were changed.

“This is what compatibility review gets you,” she said.

Rubalcava said city staff does not have the ability to change the guidelines that are given in the zoning code, such as that the T4 zone allows a building to be 3 and a half stories, even though the surrounding buildings are not that tall. Changing the height and scale of the building would be an arbitrary decision on the part of the planner that would not uphold the code, she said.

Cameron Artigue, an attorney from Gammage and Burnham representing Core Campus, said while his client and Cunningham’s had “skin in the game,” the decision was already made by three other groups who did not: the city planning staff, the city attorney’s office and the Board of Adjustment.

While Marner said he was impressed by the arguments from both sets of attorneys, he said allowing the appeal would require him to “disregard other sections of the code.”

“This zoning code is replete with ambiguities,” he said, but existing case law required ambiguities be decided in favor of the private property owner.

“Private property rights are to be respected and indeed are fundamental to our way of life,” he said.

Marner then said he did not believe the interpretation of the code in the appeal was feasible.

“The court has concluded that (the plaintiff’s) argument would create a standard that was absolutely arbitrary,” he said.

“The court has concluded that (the plaintiff’s) argument would create a standard that was absolutely arbitrary.” --Judge James Marner

Mayor Evans was on the committee which drafted that Ordinance. Are you suggesting we start with her? Wouldn't be the first lawsuit against her.

So there you have it folks. What was predicted has happened. The HUB will proceed without any more interference. You can take to the streets and march. Moan and groan all you want. The HUB is coming. And not in a a scaled down version that provided resources to help address the City's parking issues, while providing more parking as well. No, this is the original version that nearly everyone would have rather not have built. So what did our leader, Coral Evans, do to get us here. When it looked as though the HUB would be granted a zoning change that would have scaled down the project, she rallied the opponents of the HUB and convinced people this could be stopped. In spite of being on the committee which wrote the zoning that allowed the HUB, she said the code had been misinterpreted. In spite of the City's own legal staff, zoning department and board of adjustment giving her solid opinions to the contrary, she proceed onward, ever the champion of the downtrodden. And on her march, she made sure to trample her opponent in the Mayoral election weaving into her denial that it was he, Mayor Nabours who wanted this monstrosity. He was the voice of the evil developers. Sadly, but predictably, her sheep believed her. Mayor Nabours is out, Coral is in and the HUB will be built. Coral can go all over town and massage the hearts of all her supporters while she confesses the sins of the courts and developers. She may even take a shot at her own City staff who when it came to testimony time could only say, we tried to tell her. This is tact of so many elected officials. Create an enemy that can be rallied around. Make people believe that in spite of all evidence to the contrary, they can change anything. Vote for me and I will be there for you. So now it is over. The HUB will rise from the ground and everday Evans, as well as Putzova and Borotz can drive by and know, I helped build that. I had a a hand in that. That will forever be their legacy. Hope you feel proud. You can bask not in the light of Coral Evans nominated as a "Rising Star" but in the shadow that building will forever have on the landscape of the Southside.

So much for all those people who blasted Mayor Nabours, Councilman Oravits and Councilwoman Brewster for saying they were wrong about their decision on the Hub. They were right all along. These good people were maligned simply because the other side could not get their way. They were maligned even though Mayor Nabours and the others intended to follow the law.I would say shame on them, but the people who approached Mayor Nabours and said they hoped he would lose the election over the Hub have no shame. Well, they were wrong and good and honest people were unjustly blamed. At least this legal opinion proves they were right all along.

I'm not all surprised by the outcome of this case. What I'm surprised about is the writer did not get an comment from the Mayor (Evans) or Council members(Putzova, Barotz) on the outcome. They own this!