Become a Member
Read Today's E-edition
Share This
Hopi artist Duane Koyawena: Out of prison and finding his roots
0 Comments
Share this
1 of 3 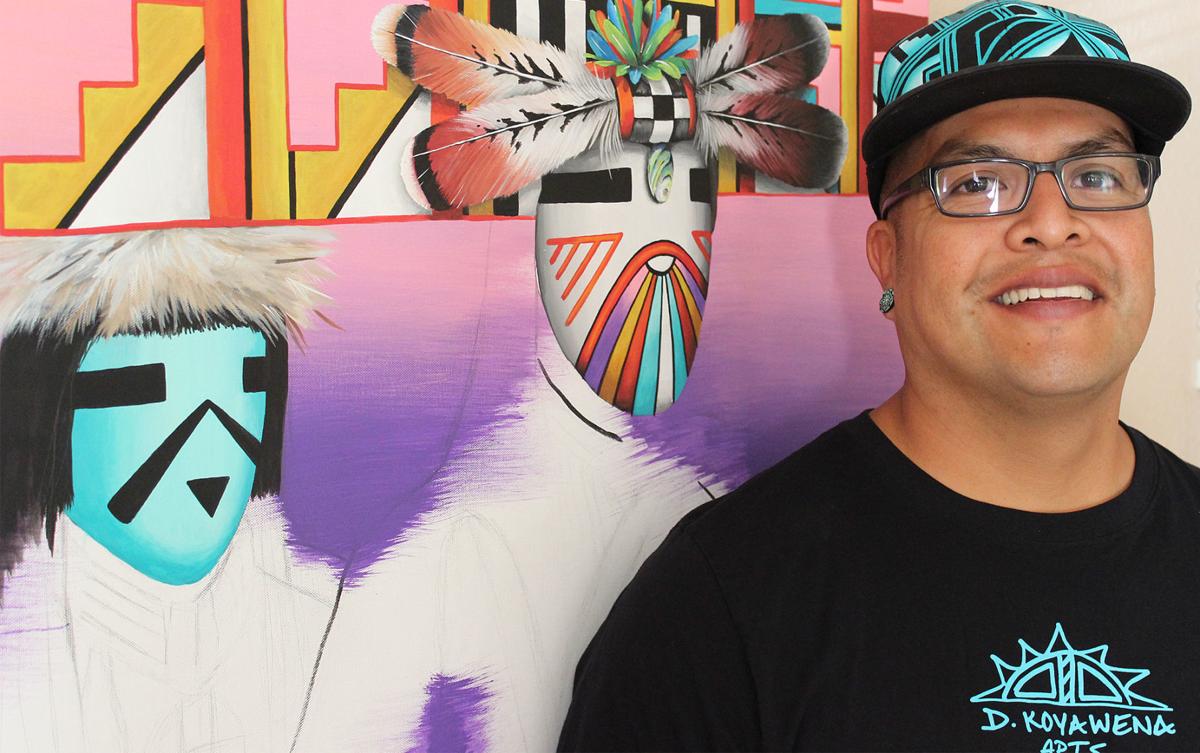 Hopi artist Duane Koyawena stands in front of an unfinished painting of his at his home in Flagstaff. 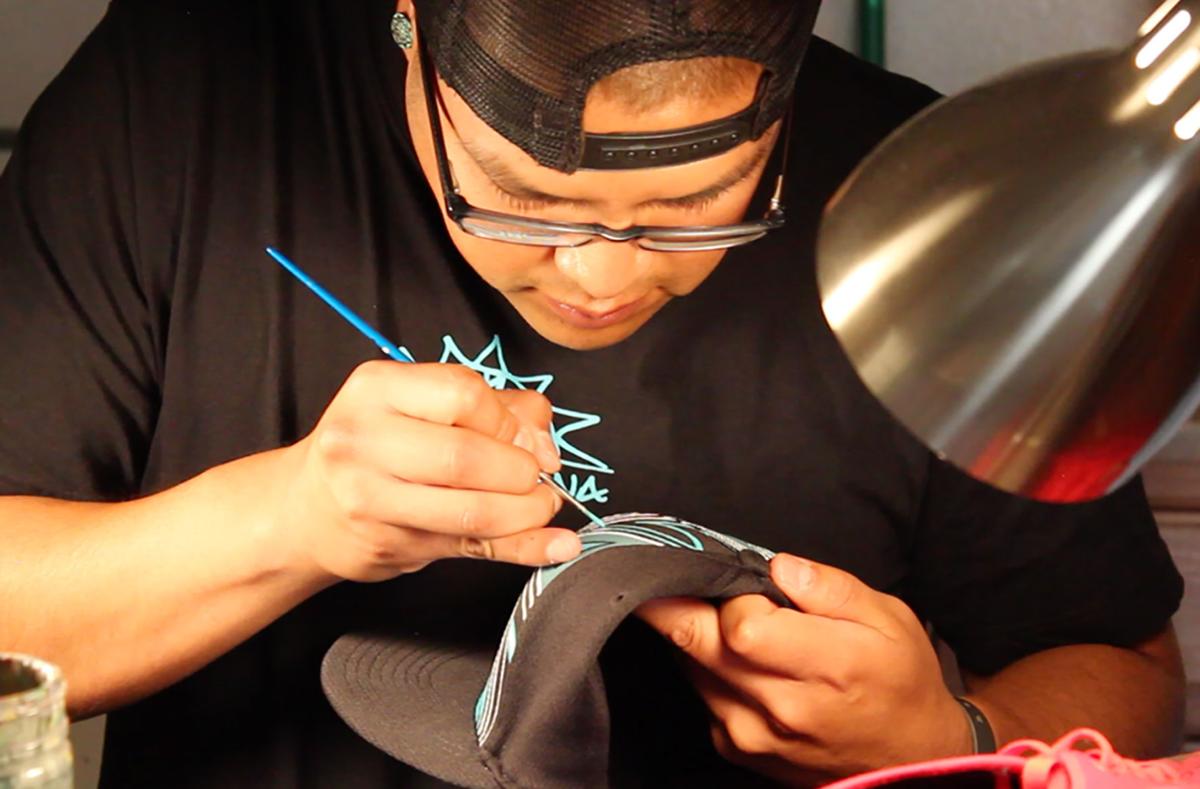 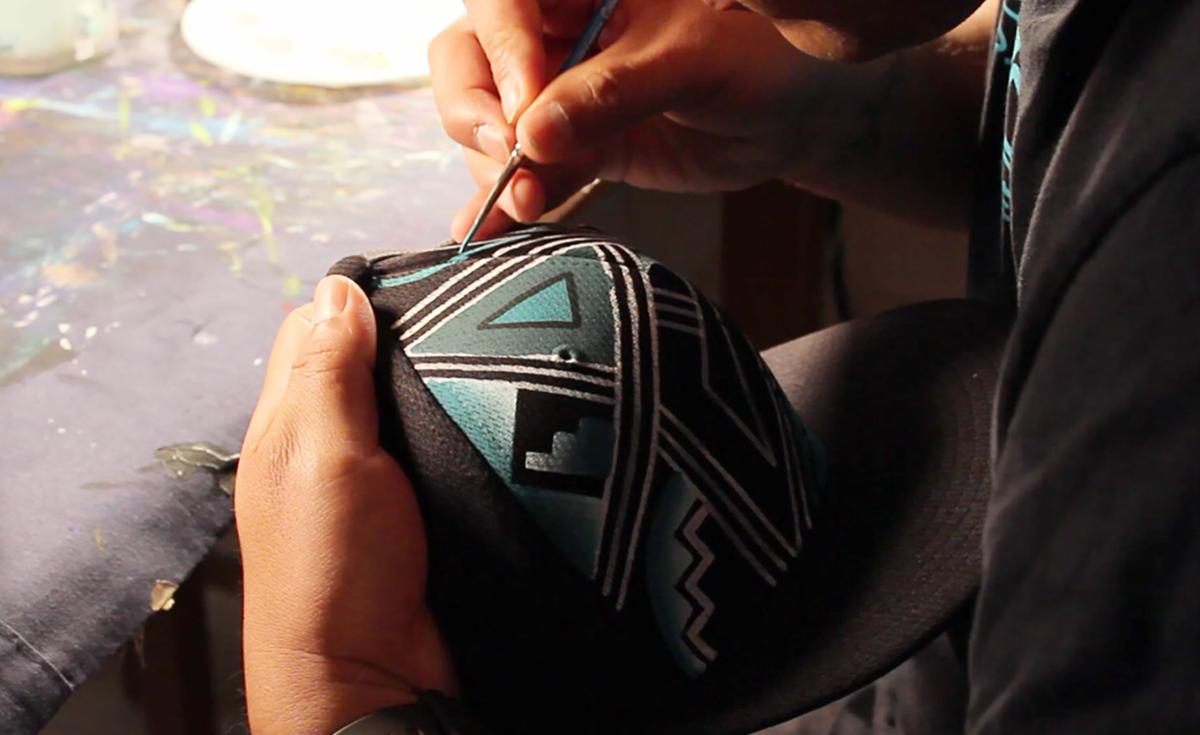 By LARRY HENDRICKS Special to the Daily Sun

Duane Koyawena is an artist. He has a family, a home, a good job, and he works hard to embed himself in his Hopi traditions and culture.

Koyawena, a graduate of the Coconino County DUI/Drug Court, was invited to speak in late July at the National Association of Drug Court Professionals annual conference in Washington, D.C. The organizers of the event asked him because he has a success story to tell.

“One of the main things is I was the first Native American invited to share my story at the NADCP annual conference,” Koyawena said. “I was surprised and honored.”

Before DUI/Drug Court and before prison, Koyawena lived the life of an alcoholic – burning bridges, not being dependable, lying, manipulating and looking for the next drunk. He racked up a total of four DUIs – three of them felonies. He was following in his father’s footsteps. His father wasn’t able to recover from his alcoholism and died in his 60s from cirrhosis of the liver.

“He was a really good artist,” Koyawena said. “He was also my best friend.”

Koyawena is working on his own art. He’s self-taught, but he’s been gifted with natural abilities from his father.

He was accepted into the DUI/Drug Court in 2004. DUI/Drug Court, started in 2001, is a year-long program for people charged with nonviolent felony crimes who are addicted to alcohol or drugs.

The four- phase program is aimed at rehabilitating offenders through regular drug testing and individual and group counseling. Drug court has the ability to apply immediate sanctions (like jail, community service, etc.) for those who go off track and offer incentives for those who do well. The goal of the program is to keep the offenders out of jail or prison, keep them sober and help them become contributing members to a community.

According to 2014 statistics, the program’s budget was about $400,000 and had about 130 participants for the year, and more than 75 percent of the participants complete the program. More than 600 people have graduated from the program since it started.

Koyawena learned a lot about sobriety and recovery while participating in the DUI/Drug Court. But, nevertheless, he got his fourth DUI in 2008, after he graduated from the program.

“It was then I knew I was done,” Koyawena said.

He went to rehab for nearly a year while waiting for the courts to decide his fate after his last DUI. He lived in a halfway house, attended 12-step meetings, got a job and began to reconnect with his family and with others. During this time, he became interested in his Hopi roots and worked on improving his low self-esteem and his self-defeating thoughts.

“I saw myself in a hole impossible to climb out of,” he said.

Back in court, Koyawena was sentenced to four months in prison for that fourth DUI. He did his time after the birth of his daughter, Peyton. A friend important to his recovery told him to “pay attention” while he was in prison, and he noticed the ones who had no desire to wake up and learn from their incarceration.

“That was me when I had no desire to change at all,” Koyawena said.

He was released in the summer of 2010 and moved to Flagstaff. He had no job, no place to stay and no way to support his new family. He was full of fear.

“I was hit with ‘no,’ everywhere,” Koyawena said. “This is where I can identify with others in similar situations.”

The management at Ashley Furniture gave him a chance at a job. He worked hard and did well. Eventually, Koyawena decided he wanted to work in the substance abuse counseling field because he felt his experiences could help others. He got work at Northern Arizona Substance Abuse Services and offered peer support, ran the office and worked with the DUI/Drug Court and Probation.

While at NASAS, a counselor suggested he apply to be a behavioral health tech at Flagstaff Medical Center. He didn’t believe that he would get a job like that. He didn’t have a college education and he wouldn’t be able to pass the background check because of his criminal past. He worked with the authorities to clean up his background check, and he went in for an interview. He went with what he knew – his own experience.

“It was nerve-wracking,” Koyawena said. “I told them I knew the life of an addict – the thoughts, the behaviors – because I lived it. They heard it. They liked it.”

More than a year later, he landed the job at FMC, and he’s still there. To help others who are still suffering from addiction and mental illness, Koyawena also speaks at the DUI/Drug Court, the county DUI Impact Panels and in the Exodus in-custody treatment program at the county jail.

“I’m grateful for my family who never gave up on me and all who helped me in my journey,” Koyawena said. Because of the help and support, he is able to be a fater, a son, a brother, an uncle and a friend.

His art helps with his sobriety in a variety of ways. Mostly, it connects him to the Hopi tradition and culture – something he wasn’t interested in when he was drinking. He paints traditional Hopi themes and images and infuses the images with contemporary colors and moods.

“I’ve learned so much,” he said, adding that he teaches his daughter all that he learns of his culture.

Self-taught, Koyawena said he amazes himself with how far his artwork has extended. His skills improve with each project, and he’s even had public exhibitions of his work.

As for the future, Koyawena said he is conflicted. On one hand, he’s considering going back to school to get a degree; on the other hand, he wants to explore his art. It’s risky to go down the art path, he said, but it calls to his heart.

Did he ever think he’d be in a position where he’d have a choice on career paths?

He added that he wishes he could talk with his father and find out his reaction to his art and how far he has come in his life.

He takes a minute.

“I’ll never get to see that reaction, but I know he’d do that"

Fake COVID-19 Testing Sites Are Popping Up Amid Omicron Surge

Hopi artist Duane Koyawena stands in front of an unfinished painting of his at his home in Flagstaff.