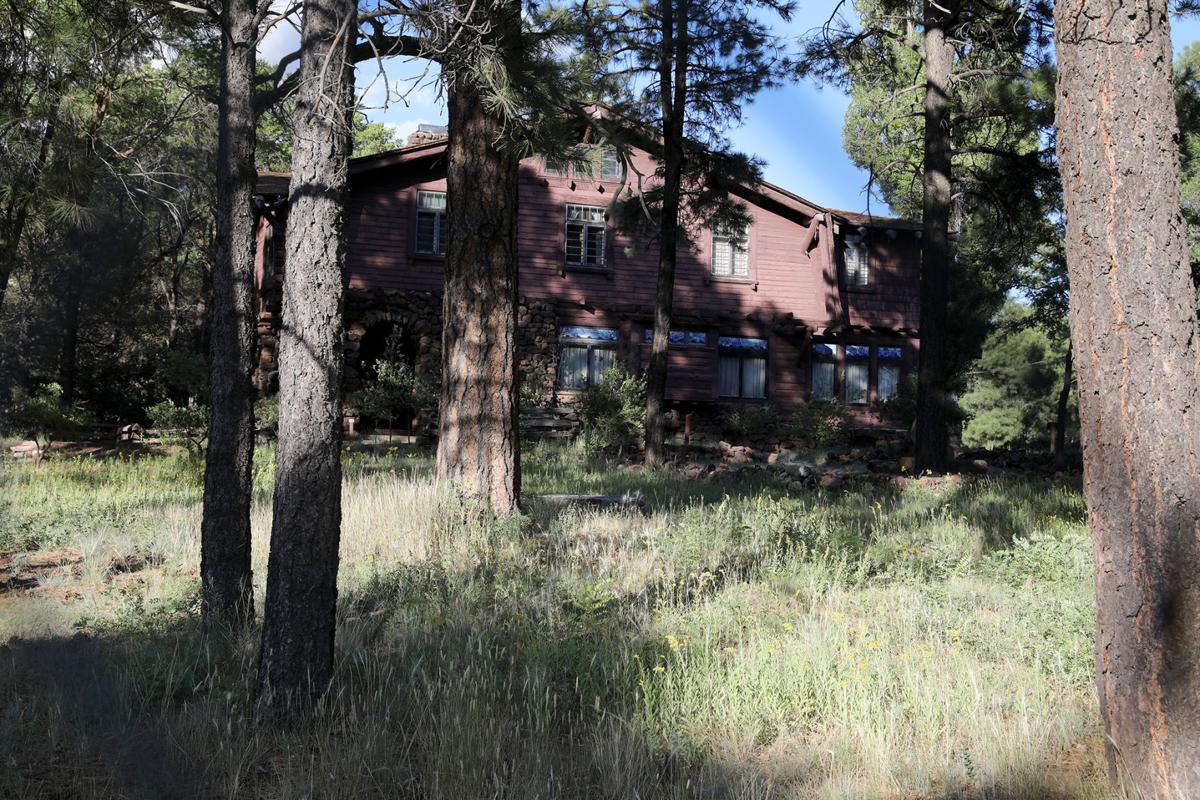 The future of Riordan Mansion, Flagstaff’s most historic home, is once again uncertain. The Arizona Historical Society is considering a vote on Friday on whether to cease funding operation of the mansion and two other historic sites in Tucson. 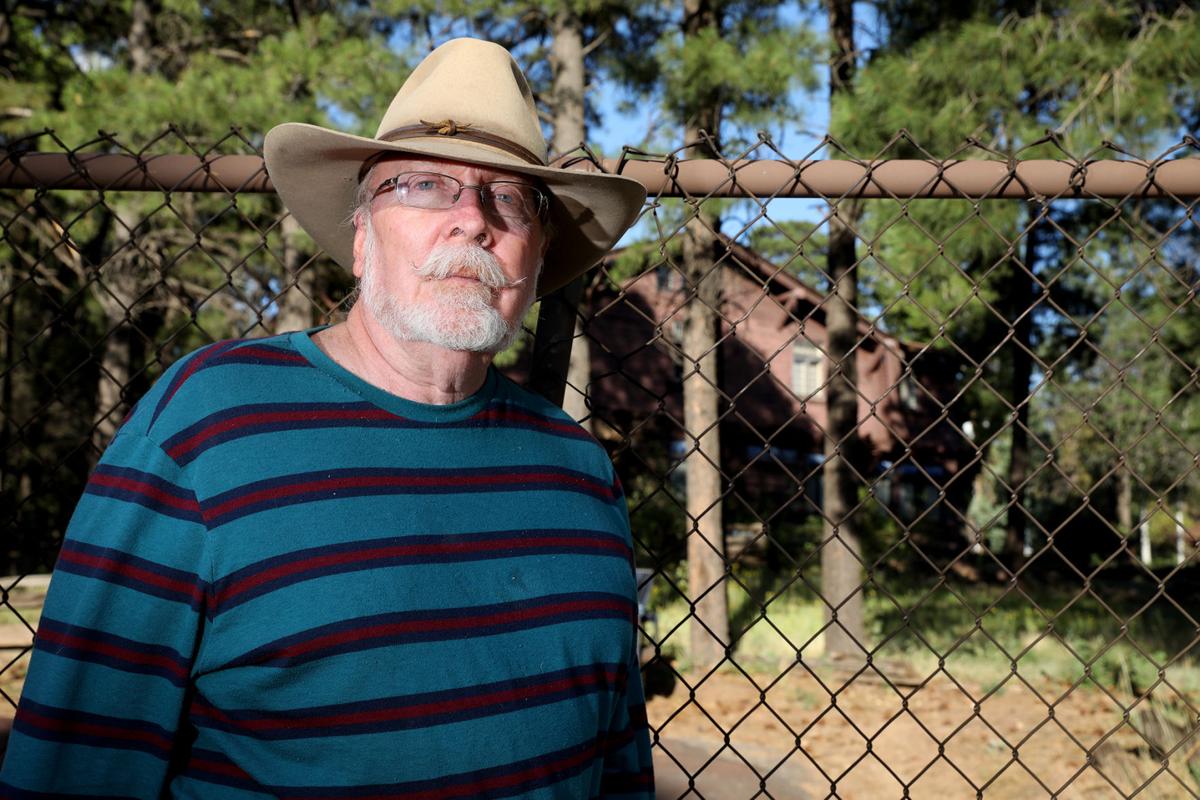 Joe Meehan, a former curator for 44 years with the Arizona Historical Society's Pioneer Museum, stands outside the chain link fence surrounding the Riordan Mansion State Park Tuesday evening. Meehan has a long history with the mansion, and was present for the community's fight in 2009 to protect the museum from being closed after the Great Recession. 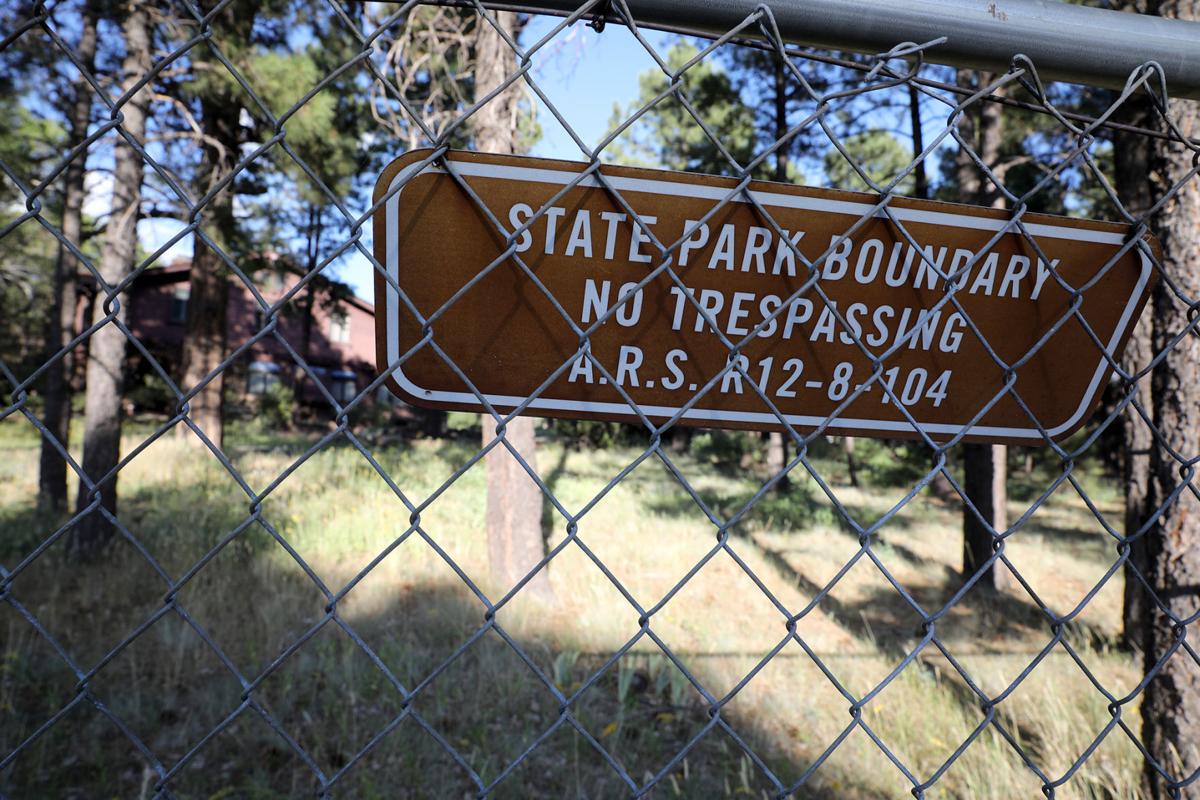 A state historical preservation agency is set to vote Friday on whether to back out of managing three historic sites in Arizona, including Flagstaff's Riordan Mansion State Park.

The Arizona Historical Society's executive committee recommended dissolving their ties to the locations after years of continued cuts to funding from the state and financial woes brought on by the coronavirus. The society will consider cutting its fiscal responsibilities to Flagstaff's Riordan Mansion State Park and Tucson's Historic Fort Lowell and Downtown Historic Museum.

Riordan Mansion is currently operated by the Arizona Historical Society and owned by Arizona State Parks and Trails through an intergovernmental agreement set up in 2010.

The three locations have been closed since the coronavirus pandemic began. They are not all owned by the Arizona Historical Society; that group has signed agreements with three separate agencies to operate the parks and museums without owning them.

Tawn Downs, vice president of marketing at the Arizona Historical Society, said the society has been honored to operate the museums in partnership with the agencies, and were grateful for the financial assistance provided by support groups over the years. In a statement sent to the Arizona Daily Sun, Downs explained that the support "has fallen short of operating costs."

"Like many institutions today, we are faced with extremely difficult decisions about our future," Downs said via email.

She emphasized that no decision has been made yet, and the board of directors will have the final vote on Friday.

Joe Meehan, a former curator for 44 years at the Arizona Historical Society's Pioneer Museum in Flagstaff, called the news "upsetting." He did not want to see the Riordan Mansion close, and added that all three sites were important places for Arizona's history.

Meehan said Riordan Mansion was especially important to understanding Flagstaff's part in the state's history, but this is not the first time the park's future has been called into question.

In 2009, the Great Recession caused the state legislature to cut the parks budget, leading to park closures around the state. Public outcry led groups to search for other owners to preserve the park before it officially closed, Meehan explained. The Arizona Historic Society agreed to pick up operations in 2010 in an arrangement that allowed the state to continue ownership of the land.

The agreement signed between the two agencies allowed the society to maintain operations while the slightly more than 5-acre property, including the 13,000-square-foot structure, would remain owned by Arizona State Parks and Trails. Meehan said the agreement became a model for preservation efforts of historic sites around the state.

"[The mansion is] a major interpretive key to our past -- not only Flagstaff's past, but the state's past," Meehan said.

The mansion has a place in the story of why Flagstaff was settled and established, mainly lumber. The mansion was built for Tim and Michael Riordan who lived there and were a large piece of the lumber industry from 1885 to 1983, Meehan said. The mansion is also treasured for its American Arts and Crafts styled architecture.

The mansion was built in 1904, but it has become surrounded by modern life, including a Northern Arizona University-owned parking garage, downtown apartment complex and shopping center. The mansion was originally built on the Riordan's 54-acre parcel of land.

The society's agreement with the City of Tucson for Fort Lowell Park maintains a replica of adobe officer quarters from 1885 and chronicles army life during the Apache War. The society's agreement with Wells Fargo Bank allows the Downtown History Museum located in its building to feature historic artifacts and exhibits that tell the story of Tucson from its origins as a Spanish fort and mission to its modern incarnation.

The board of directors will vote on the executive committee's recommendation on whether to stay invested in the properties at their public meeting on Friday.

If the directors were to vote to dissolve the agreements, the society would then have to declare its formal 30-day notice to withdraw from the agreement, Downs said.

"I know this is a really emotional issue. There are a lot of people in Flagstaff that feel so strongly about Riordan Mansion, understandably so," Downs said. "It's a fantastic property, and it's important to a lot of people for a lot of really good reasons. It's completely understandable. At the same time, it's a difficult situation we find ourselves in."

If they withdraw from the agreement, Arizona State Park would become the sole owner responsible for managing the locations, Downs said. Meehan was worried about what that could mean for the future of the historic property.

"If state parks can take over running it again, that would be ideal. It would just stay open," Meehan said. "But just to drop it, it makes me nervous as to what would be the disposition of the park and the mansion — especially the mansion."

Arizona State Parks and Trails did not respond to two attempts by phone to comment on Tuesday.

The Board of Directors open and public meeting will be held in-person on Friday, Aug. 14 at noon at the Arizona Heritage Center.

Virtual attendance is available via Zoom, and people must register before the meeting. A hyperlink to the registration location can be found on the Arizona Historical Society's Board of Directors notice of public meeting for Friday Aug. 14.

The URL for the registration is located at: https://us02web.zoom.us/meeting/register/tZAvdeysqDMjEt0Muf-hZdsIPFDaJfBeWMNk

The virtual meeting will be activated 15 minutes prior to noon.

The Arizona Heritage Center is located at 1300 North College Avenue, Tempe, Ariz. 85281 in the Steele Auditorium.

Seating will be spaced out in accordance with CDC guidelines, and the theatre has been disinfected. Attendees are encouraged to bring their own masks and gloves as appropriate, as well as hand sanitizers or wipes because their supply of personal protective equipment is limited.

An inmate in the Coconino County jail was found dead in an apparent suicide on Friday at 1:35 a.m.

The federal government gave a $350,000 grant to Northern Arizona University to support the establishment of a workforce development program fo…

The Flagstaff Police Department is looking for more information related to the death of a Kayenta man who died Sunday.

The future of Riordan Mansion, Flagstaff’s most historic home, is once again uncertain. The Arizona Historical Society is considering a vote on Friday on whether to cease funding operation of the mansion and two other historic sites in Tucson.

Joe Meehan, a former curator for 44 years with the Arizona Historical Society's Pioneer Museum, stands outside the chain link fence surrounding the Riordan Mansion State Park Tuesday evening. Meehan has a long history with the mansion, and was present for the community's fight in 2009 to protect the museum from being closed after the Great Recession.