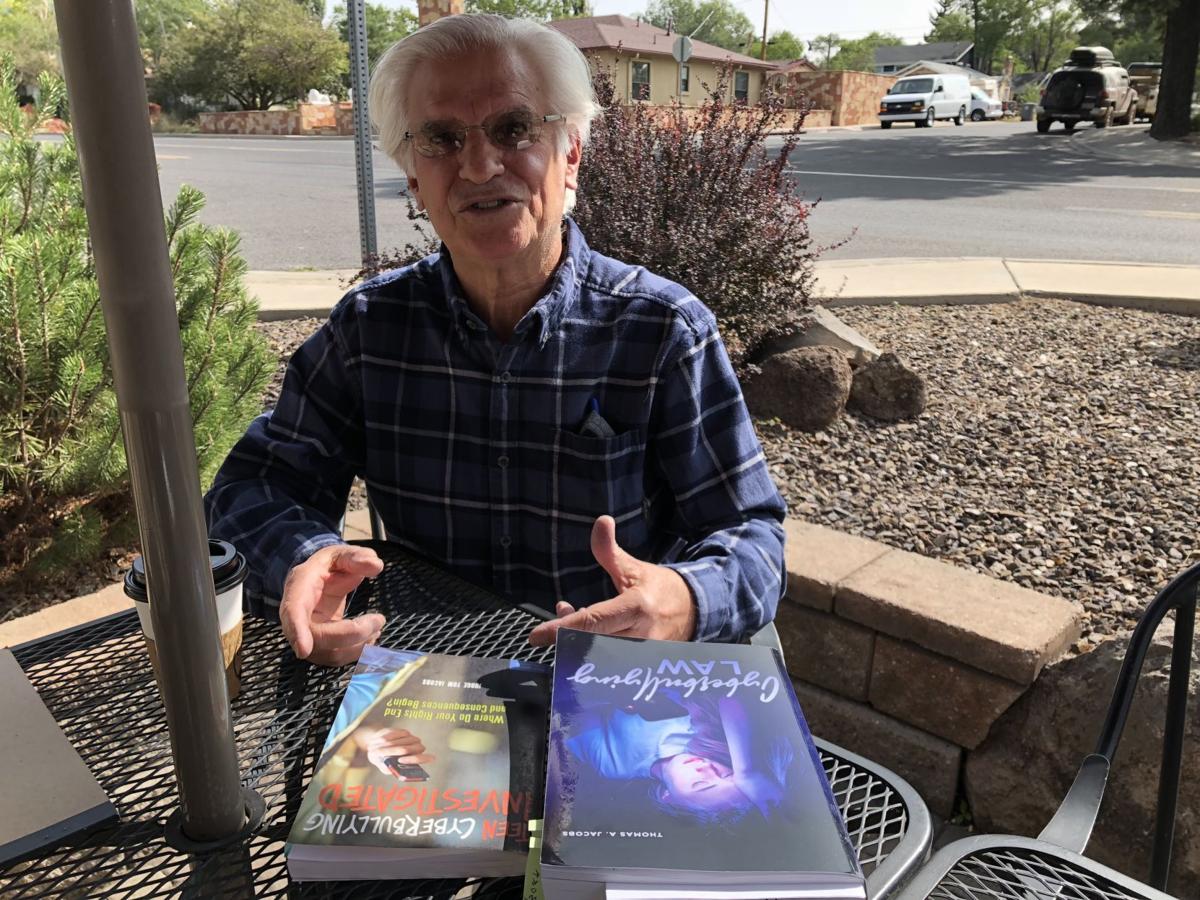 Tom Jacobs, a retired judge, has just published "Cyberbullying Law," a book that seeks to explain the legal precedents and ramifications of online harassment. 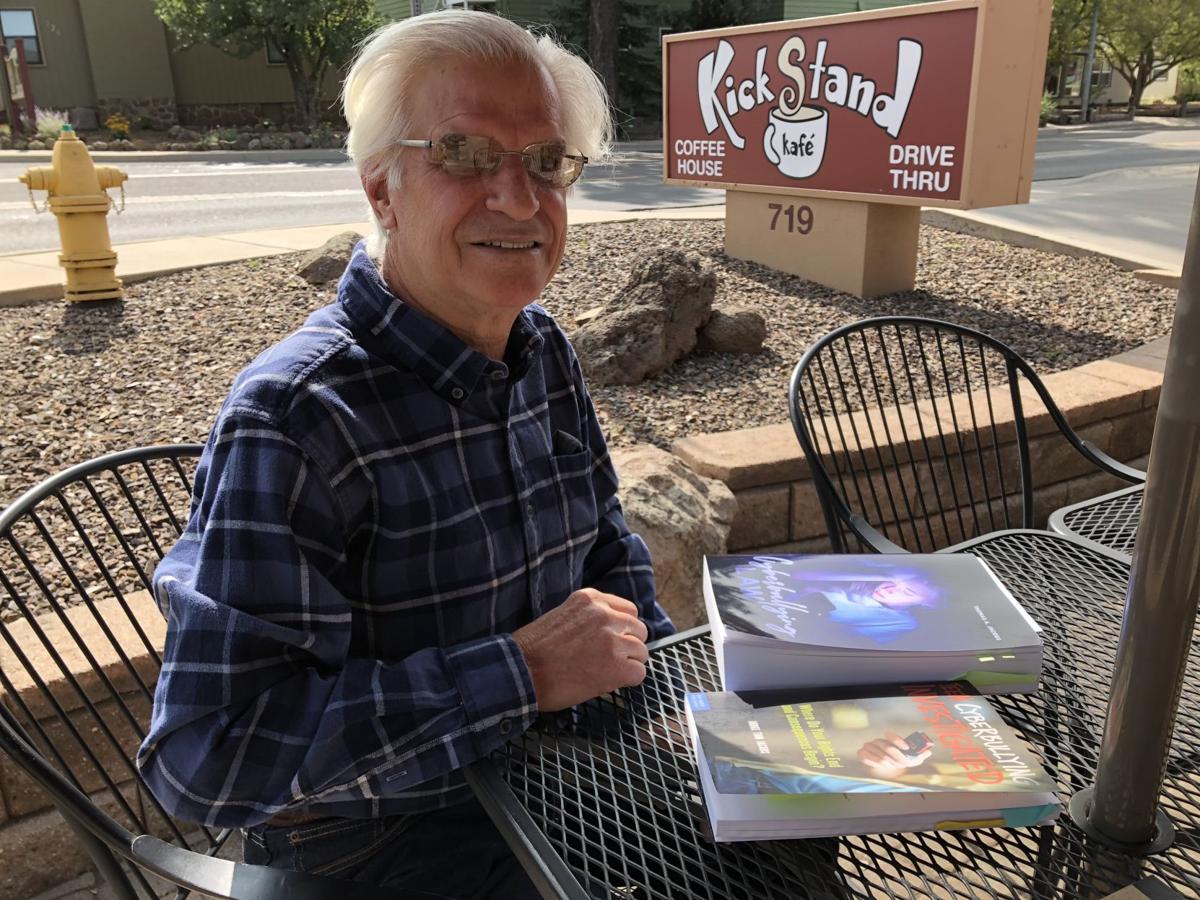 Tom Jacobs, a retired juvenile and family court judge in Maricopa County, has spent much of the past decade studying cyberbullying in the courts. The result is his new book titled "Cyberbullying Law." 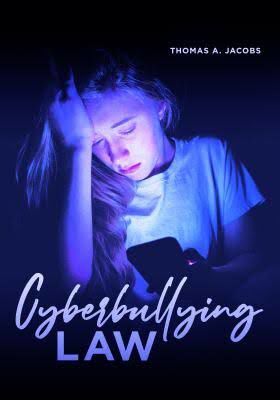 A physical representation of the startling rise of cyberbullying in society sits on the table in front of retired judge Tom Jacobs.

At his right is a copy of his 2010 book, “Teen Cyberbullying Investigated,” a well-researched review of cases written to be as accessible to young adults wanting to know their rights as it is to those in the legal profession. It is sleek and, as they say, a quick read: 16 case studies; 193 pages; weighing in at 9.8 ounces.

At his left is a copy of Jacobs’ new book, “Cyberbullying Law,” written to inform the public of its rights and instruct lawyers, judges and others (teens and adults) of legal precedent. It is big, door-stop big, big enough to do biceps curls with: 230 case studies; 814 pages; weighing in at 1.11 pounds.

Much, indeed, has changed in the decade since Jacobs, then newly retired from a long career as a Maricopa County Superior Court Judge working in juvenile and family court, first turned his writing talents to this new wrinkle in the justice system. Now living in Flagstaff and writing full-time in retirement, Jacobs, by desire as much as necessity, has become something of a legal expert on cyberbullying.

Even after his encyclopedic tome detailing the rise and viral spread of cyberbullying and its legal ramifications was released on July 27, Jacobs said he’s already compiling more cases, more rulings, more incidents for another edition. In fact, he said, that Google Alert for “cyberbullying” he programmed into his phone is constantly sounding.

“When this comes out with a second edition,” he said, tapping the cover with his index finger, “there’ll be so much more material out there. This book is not (the final say). I could write another book about how other countries are dealing with it and cases happening in close to 200 other countries.”

Bullying — kind of a catch-all word for threats, intimidation, stalking and harassment — long predates the internet, of course. But with the wide use of social media, email and websites through which anyone can seemingly post almost anything with impunity, the cyber form of bullying has gone viral.

Its virulence, once thought only to be prevalent among tech-savvy teens and handled in juvenile court, now has infected all aspects of life. Cases pop up all the time in family court with plaintiffs seeking restraining orders from online harassment, as well as in criminal court in which harassment has led to physical harm, and in controversial cases of so-called “bullycide,” in which people who goad others into committing suicide are criminally charged.

Jacobs, 73, wrote his first book about teen cyberbullying for an education publisher out of Minneapolis with little thought that the issue would mushroom into a widespread problem. Certainly, he had presided over a few cases involving adults in his latter years on the bench, but the proliferation has been astounding.

“It’s not just kids anymore,” he said. “When you first hear that word cyberbullying, the first thing you think of is either a teenager or celebrity. I didn’t realize until I started writing it that it was a growing — well, still is — global phenomenon. It’s everywhere now. There isn’t a country that isn’t dealing with cyberbullying.

“So I knew I’d have to re-purpose the book for lawyers, judges, law students and the general public.”

Jacobs’ long shock of white hair, blue plaid flannel shirt and easygoing demeanor — he may talk with his hands gesticulating wildly, but his delivery in Mr. Rogers soothing — belies the stereotype of stern arbiter of jurisprudence banging his gavel down with authority. But he does display great passion for justice when it comes to the threats posed by cyberbullying.

He is quick to add that the focus of “Cyberbullying Law” is just that — the legal consequences. He leaves the parenting and sociological musings to others.

“What is already out there is how to deal with it, how to talk to your children,” he said. “There are hundreds of those (books) out there, but I found there was nothing about case law. So I thought this was important.”

So, too, did the American Bar Association. That august institution, which has a publishing arm, jumped at the chance to sign Jacobs to pen his updated, adult- and teen-focused look at cyberbullying law.

“A layperson will probably find an example in here that relates to them,” Jacobs said. “These are examples courts and seeing time after time after time — the common methods of bullying somebody on your phone, tablet, computer. People can educate themselves and see how these facts match theirs. I made it easier for readers, too. You can read full appellate court decisions or my summary of the case in which I (put it in context) and quote from the decision.”

As a juvenile court judge, Jacobs said he sought to remedy cyberbullying cases involving teens without resorting to harsh penalties, such as incarceration. Usually, he said, he put the teen involved on probation and restricted her or his use of digital devices, surrendering the user name and password to a probation officer.

“I would also order their parents to closely monitor their child's activities regarding the Internet and cooperate with the assigned probation officer,” he said of juvenile cases. “These types of orders have been challenged in courts across the country, and have continuously been upheld.

“The first cases I’ve found in court is in 1997-98, but there aren’t that many that even end up in (juvenile) court now because the philosophy is on education rather than punishment, keep it out of the system.”

There are exceptions, of course. The most prominent, news-making case, which Jacobs recounts off the top of his head, was a “bullycide” case in Massachusetts, in which a 17-year-old girl coerced, via a series of text messages, her 18-year-old boyfriend to commit suicide. She was found guilty of involuntary manslaughter and sentenced to 15 months in jail.

Adult cases are treated differently, with more consequences. Jacobs said that most states do not have the term “cyberbullying” listed in any statutes but that “electronic harassment” is finding its way into case law.

“What states have done is not use the word cyberbullying, which is vague and ambiguous, and if successfully prosecuted might be reversed on appeal,” he said. “But the underlying criminal acts of cyberbullying is what I call TISH: Threats, Intimidation, Stalking and Harassment, which is under the law.”

In decades as a judge, Jacobs heard many cases involving the above behaviors that did not involve an online element. What the internet has done added another avenue for bad actors to harass victims.

“It’s so easy to bully someone,” he said. “You’re sitting here. You’re angry. You say, ‘I’m going to send them an angry text.’ The family law section of the book talks about what family courts are dealing with. Say a couple has broken up and the other person is not accepting it and will not give up and chooses to stalk online.”

Giving the victims of bullying, cyber or otherwise, information to hasten a legal resolution is Jacobs’ main objective in the book. But he also is the author of five other legal books, written for young adults and a wider audience, as well as a book on voting with his daughter Natalie, a Flagstaff attorney. He began writing early in his legal career when he was working as an assistant District Attorney in Maricopa County. He chafed at the dense legalese of most tomes and sought to make the law accessible.

“I’m not saying this book is dumbed down in any sense whatsoever, but I basically write the way I speak,” he said, laughing. “I’ve enjoyed it. The first boss I had working for AG office asked to put together a short pamphlet on extradition. A month or so later, when he handed me a copy, it was bond and small but that was the bug that bit me and now (writing) is terminal. It’s chronic.”

Natalie said “sitting still is not in his blood.” She added that “his commitment to writing about legal matters is impressive and inspiring” and his work ethic is infectious.

“Our 8-year-old daughter, Paige, has been inspired by her grandpa's writing,” Natalie said, “and is already working on her first book.”

Judge Tom Jacobs' new book, "Cyberbullying Law" is available on the website of the American Bar Association (www.americanbar.org/products/inv/book/401936788/). After April, 2021, it also will be available at Amazon.com and independent book websites.

Tom Jacobs, a retired judge, has just published "Cyberbullying Law," a book that seeks to explain the legal precedents and ramifications of online harassment.

Tom Jacobs, a retired juvenile and family court judge in Maricopa County, has spent much of the past decade studying cyberbullying in the courts. The result is his new book titled "Cyberbullying Law."