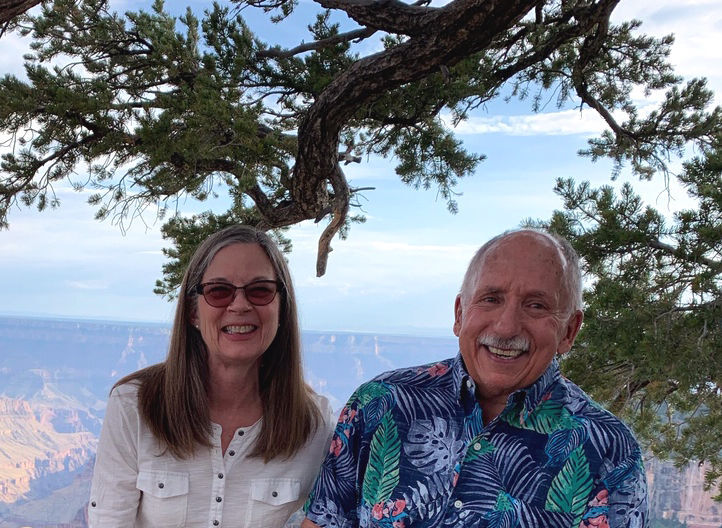 Janet Whitmore Gillette and husband David are leaving the Museum of Northern Arizona after decades of service, David as the Colbert Curator of Vertebrate Paleontology and Janet as natural sciences collection manager. 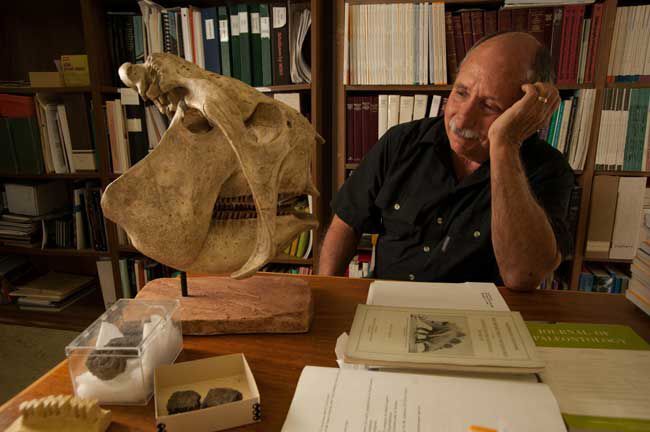 Paleontologist David Gillette, who is leaving the Museum of Northern Arizona after 22 years, has had a long and distinguished career as a scientist, having made many discoveries of new dinosaur species.

As a scientist, David Gillette values precise language and facts, the confirmation of quantifiable, empirical truths. So when someone mentions the R-word in reference to Gillette, he kindly but firmly sets matters straight.

He is, indeed, leaving the Museum of Northern Arizona after 22 years as the institution’s Colbert Curator of Vertebrate Paleontology.

But retiring? No, that’s not Gillette’s style at all. The man had a distinguished paleontology career before being lured to MNA in 1998, and he has every intention of continuing his career excavating and evaluating evidence of our prehistoric past for many years to come.

You’ll still find him, he says, on site digging at the cretaceous formation called Tropic Shale in southern Utah, and you’ll still see him haunting laboratories at MNA and elsewhere.

“I’m leaving my job but not my professional relationship with the museum,” Gillette, 74, said in a phone interview late last week. “The idea that this is an ‘end of an era’ is a misinterpretation, I think.”

He said it with a chuckle. But Gillette is nothing if not a serious, dedicated scientist who has never considered stepping away from his research, which over the years has yielded many impressive discoveries and then a modicum of media frenzy in the late 1980s over what was believed to be the largest dinosaur on record.

So, this is not something that Gillette and wife Janet — also departing from her position as MNA’s natural sciences collection manager — want to leave behind in favor of a quiet life of leisure. Sure, they’ll be traveling, but it’ll be with pick axes, sledge hammers and chisels.

There are, after all, so many more discoveries to unearth, especially from Utah’s Tropic Shale formation.

“I have a variety of things planned,” he said. “My approach through my career is that I’d like to originate my research and do my own excavations and record my own information and have total control over what gets collected. There are a lot of questions you don’t know until you excavate and I want to have control over that so that when we do a study later, I know the circumstances.”

Now freed from his day-to-day official duties at the museum, Gillette can cut loose to take an even deeper dive into the strata looking for clues to an earlier epoch. Currently most noteworthy is his work examining fossils from plesiosaurs, an extinct Mesozoic marine reptile found in Utah fieldwork.

Gillette said he and his team have been surprised by the diversity of species of plesiosaurs in a single location; they’ve found two new genera and three new species. But he’s not done.

“I’d compare it to a population of dolphins,” he said by way of modern comparison. “How many species of dolphins would you get in a given area? We have at least six species of plesiosaur in this location and that’s a very high diversity. We don’t know if we’ve found all the species there. We’re working on one now that we’re pretty sure is not the same as other species, or maybe from a different area. It’s rewarding to discover this ecosystem on the western shore of the Cretaceous Western Interior Seaway.”

Because he is always looking toward new discoveries, Gillette doesn’t dwell much his past work, which includes publication of more than 100 scientific papers. As far as a summing up of his 22 years as MNA’s paleontology curator, Gillette can point to several milestones. There’s the aforementioned work with plesiosaurs, but also in the early 2000s he introduced a new species of an unusual sickle-claw dinosaur called the therizinosaur, which resulted in a major MNA exhibit that traveled to other museums: "Therizinosaur — Mystery of the Sickle-Claw Dinosaur."

One part of his work that hasn’t garnered Gillette as much acclaim but remains close to his heart is his work with glyptodonts, an extinct subfamily of large, heavily armored relatives of armadillos from the Ice Age. You can sense his continued fascination in the excited tone of his voice talking about the mammal.

Before coming to MNA, Gillette had made a name for himself in the field. One of his first collaborations with MNA came in 1986 when, working in New Mexico, Gillette organized an international conference on dinosaur tracks and traces in Albuquerque, with attendees coming from 25 countries.

In 1991, Gillette made a splash in the science media by announcing the finding of largest of the sauropod dinosaurs, which he dubbed Seismosaurus halli. It was believed to be between 127 and 170 feet in length. Gillette had collected the bones in 1985 for the New Mexico Museum of Natural History and worked six years piecing together parts and fragments, concluding that this was a new type of dinosaur, according to a 2010 story in Smithsonian Magazine.

Further examination cast some doubt on that initial research. As Smithsonian reported, “Seismosaurus was really an especially large Diplodocus, although paleontologists have (so far) retained its amended species name to designate the dinosaur as Diplodocus hallorum.”

Gillette says the paleontology community is “split about half and half” on the genus of the discovery.

“It’s the species that counts,” he said, “and as a species, hallorum is still considered valid. I don’t take any of that personally, but I do have more to add to that story and I’ll probably publish on that, too, in the future. The matter of size is also still controversial. Others came in and made recalculations and they may have made some mistakes. Eventually, I want to go back to the New Mexico Museum of Natural History and look at the original bones.”

There is, indeed, much work for Gillette still to do. And for Janet Gillette, as well. Though Janet modestly declined an interview, others have spoken about her years of dedication to the museum. She helped create MNA’s preservation plan in 2003 and helped revise it in 2012, and she also spent considerable effort developing safe working conditions at the labs.

“She was instrumental in MNA receiving its first IMLS (Institute of Museum and Library Services) grant after a 14-year hiatus for the preservation of its zoology fluid preserved collections,” said Elaine Hughes, MNA’s collections director. “Janet (also) helped us secure four IMLS grants for a total of $664,384 to preserve and upgrade the care of the Natural Science Collections.”

“She really likes field work but her job this past 20 years has almost all been indoors,” David said. “She’ll become one of the crew. She’s good at it.”

Janet Whitmore Gillette and husband David are leaving the Museum of Northern Arizona after decades of service, David as the Colbert Curator of Vertebrate Paleontology and Janet as natural sciences collection manager.

Paleontologist David Gillette, who is leaving the Museum of Northern Arizona after 22 years, has had a long and distinguished career as a scientist, having made many discoveries of new dinosaur species.