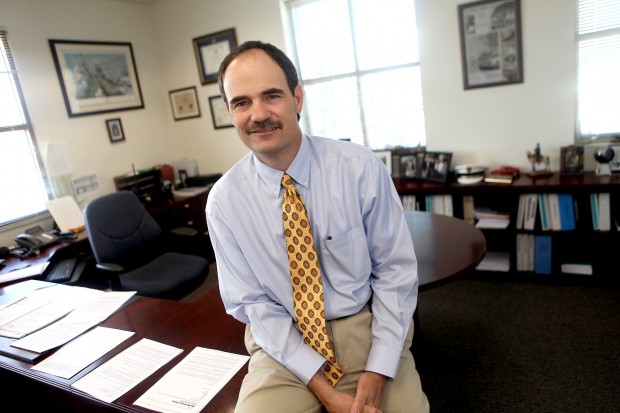 Flagstaff Police Chief Kevin Treadway said Monday that the SB1070 decision handed down by the U.S. Supreme Court will be implemented in the coming weeks after being reviewed by the city attorney. (Jake Bacon/Arizona Daily Sun) 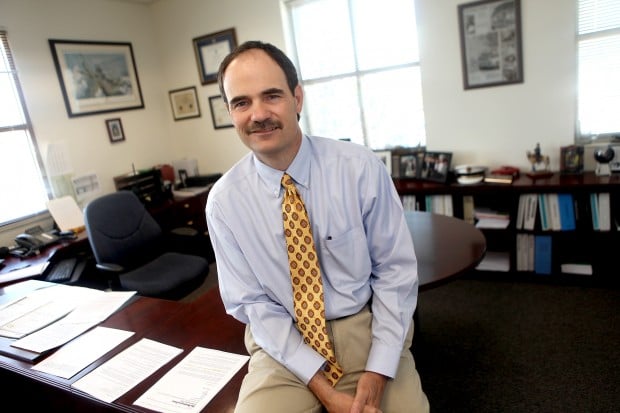 PHOENIX -- The nation's high court on Monday cleared the way for Arizona to force state and local police to check the immigration status of those they have stopped.

Without dissent, the U.S. Supreme Court said there is nothing inherently wrong with the requirement for police to make such an effort when there is reason to believe a person is in this country illegally. Justice Anthony Kennedy, writing for the court, said there was no reason to believe, at least at this point, that provision of SB1070 would be enforced in a way to violate the rights of individuals.

And the justices specifically rejected arguments by the Obama administration, which sued the state in 2010, that such a mandate illegally infringes on the exclusive right of the federal government to regulate immigration.

But the justices fired a warning shot across the bow of police agencies in Arizona, saying if there is evidence that people are being unfairly stopped or detained for long periods of time they would take another look at the law -- and potentially preclude the state from enforcing it.

"We know the critics will be watching and waiting, hoping for another opportunity to continue their legal assault against our state," Gov. Jan Brewer, who signed the legislation two years ago, said at a press conference following Monday's ruling.

The governor said, though, she is not concerned, saying she has "faith in law enforcement." And Brewer pointed out that after SB1070 was approved in 2010 she directed the Arizona Peace Officer Standards and Training Board to come up with materials "to ensure our officers are prepared to enforce this law efficiently, effectively and in a matter consistent with the Constitution." Those materials were updated earlier this month in anticipation of today's ruling.

"Civil rights will be protected," she said. "Racial profiling will not be tolerated."

A bigger question, though, will be whether the lone surviving provision from the lawsuit will mean anything when it is finally implemented.

Senior officials at the Department of Homeland Security said Monday the agency will not alter its policy of focusing enforcement on criminals and repeat offenders -- and of refusing to respond to calls by local police about illegal immigrants who do not meet those standards. And it does not undermine the president's decision to refuse to pursue those who came here as children and have been here at least five years.

In fact, ICE on Monday summarily revoked agreements it has had with several law enforcement agencies around the state, including the Department of Public Safety, which had given their specially trained officers authority to enforce immigration laws by themselves.

A senior official for the Department of Homeland Security said there were "a variety of reasons" for that decision. But the official, who would not allow his name to be used, acknowledged that at least part of that was Monday's ruling.

Monday's ruling also took away any chance that Arizona could prosecute, on its own, those who officers determine are in the country illegally.

In a split decision, the majority voided three other sections of SB1070 which would have given state and local police the power to charge illegal immigrants with violating state laws for:

-- Seeking work in Arizona without being in this country legally;

-- Allowing warrantless arrests if there is "probable cause" a person committed an offense that makes them removable from the country under federal law.

Brewer sidestepped questions about whether all that makes the surviving section from the lawsuit meaningless, as officers would be required to simply release those they have stopped regardless of their immigration status.

"I believe we have accomplished a lot," she responded. "We will be instructing law enforcement to begin practicing what the United States Supreme Court has upheld."

But former Senate President Russell Pearce, who crafted the original law, said the split decision, coupled with ICE priorities, mean legal limits remain on what police can do.

"This is a challenge," he said. "They will take some, they may not take all," Pearce said of ICE officials notified of people not in this country legally.

And Rep. John Kavanagh, R-Fountain Hills, recognized the importance of those three sections being voided.

"It's unfortunate that we lose those provisions," he said, saying they would have allowed the state to pursue illegal immigrants even in the face of lack of federal interest. Kavanagh said that is why the country needs a president who will enforce the law.

He pointed out that the court said it would allow police to detain those they suspect of being here illegally. But the justices said that permission may have to be revisited if it turns out that police are abusing the power and detaining people longer than necessary.

Kennedy said, though, there are ways to enforce the law without violating individual rights.

As an example, he used a situation where someone in Tucson is stopped for jaywalking and police have reason to believe the person not in this country legally. Kennedy said it will be up to Arizona judges to determine how long that person can be held while that inquiry is made.

"The state courts may conclude that, unless the person continues to be suspected of some crime for which he may be detained by state officers, it would not be reasonable to prolong the stop for the immigration inquiry," Kennedy wrote.

He said that, absent some showing of actual abuse, any move to void the law is premature at best.

"There is a basic uncertainty about what the law means and how it will be enforced," Kennedy wrote. "At this stage, without the benefit of a definitive interpretation from the state courts, it would be inappropriate to assume (the section) will be construed in a way that creates a conflict with federal law."

In her response to the ruling, the governor said Arizona did not "seek the task of having to confront illegal immigration -- or pick the legal fight with the Obama administration which sued after SB1070 was enacted.

Kennedy acknowledged that responsibility, saying there needs to be "searching, thoughtful, rational civic discourse" on accomplishing that.

"Arizona may have understandable frustrations with the problems caused by illegal immigration while that process continues," he wrote. "But the state may not pursue policies that undermine federal law."

How quickly police can begin enforcing what foes of the law called the "papers please" provision is unclear.

In issuing the ruling, the high court sent the case back to U.S. District Court Judge Susan Bolton, who issued the original injunction just days before SB1070 was set to take effect. That process could take weeks.

While the decision to let Arizona enforce the part of the law about questioning those they stopped was unanimous, that was not the case in voiding the other three provisions.

In his dissent, Justice Antonin Scalia said he sees no conflict between federal immigration laws and the rest of what is in SB1070.

"The laws under challenge here do not extend or revise federal immigration restrictions, but merely enforce those restrictions more effectively," he wrote. "If securing its territory in this fashion is not within the power of Arizona, we should cease referring to it as a sovereign State."

In Flagstaff, can trust be restored?

Other reactions from around Arizona and U.S.

Flagstaff Police Chief Kevin Treadway said Monday that the SB1070 decision handed down by the U.S. Supreme Court will be implemented in the coming weeks after being reviewed by the city attorney. (Jake Bacon/Arizona Daily Sun)