With 100% of Coconino County precincts reporting, the unofficial results of the primary elections are in for a low-turnout election that saw only 24% of the county’s registered voters casting ballots.

For many in the Flagstaff area, most pressing was the Flagstaff mayoral race, where incumbent Paul Deasy and former Vice Mayor Becky Daggett pulled ahead of Daniel Williamson to earn spots on the Nov. 8 general election ballot.

Daggett took a commanding lead at the polls, earning 4,418 (50.69%) of the votes cast in the race. Deasy came in second with 2,342 (26.87%), getting onto the ballot less than 400 votes ahead of the 1,955 (22.43%) earned by newcomer Daniel Williamson. Numbers have displayed a stark reversal of the strong 57% majority that elected Deasy in 2020 when he ran as a political outsider against established local politicians.

But Deasy is not concerned. While he is “grateful for the support” that allowed him to continue onto the general election, he considered the low primary turnout a “shocking historic low” that likely skewed results.

“A 24% voter turnout is not representative of the general public, and is weighted towards partisan politics and partisan candidates,” Deasy said. “Independents are often not aware that they can request a ballot to vote in primaries. In 2020 we had a 39% voter turnout in the primary. In 2018 it was 35%. I look forward to seeing greater representation in the general.”

When it comes to the campaign ahead, Deasy said he will continue to focus on “people over politics” to get “real results” for the Flagstaff community.

As for Daggett’s success in the primaries, she said, “I'm honored by the trust that voters have shown me. I'm grateful to all the volunteers and campaign donors who helped me get here.”

She feels confident that when it comes time for the general election, “the math will work out” similar to how it did in the primary. Moving ahead, her plan is to continue with what has worked so far.

“I'm going to talk to even more voters, hear their concerns and find ways that we can work together,” she said.

While Williamson was disappointed he fell short of reaching the general election ballot, he said he would “figure out how I can best serve our city still, the city that I love and that I want to see thrive.”

While the mayoral race is technically nonpartisan, Williamson, who has largely garnered a Christian conservative base, thought his loss had to do with a lack of conservative turnout at the polling booths.

“I think we saw just by the sheer low numbers that far too many conservatives chose to sit on the sidelines,” he said.

In the days ahead, Williamson hopes to sit down with both Daggett and Deasy to learn more about their “thought process and policy.” He has refrained from endorsing either candidate, but he did note that if the primary numbers were “indicative of anything at all,” it’s that Daggett “did a drop-dead amazing job with her campaign.”

“What it boils down to for me is serving Flagstaff,” Williamson said.

Along with choosing a new mayor, Flagstaff will also elect four new members for city council -- at least two of which will be write-in candidates, at the time of the general election. Austin Aslan and Lori Matthews are officially on the ballot.

Other notable results from the Arizona primaries include the selection of Jeronimo Vasquez over Tomas “Tommy” Hernandez for the run at the Coconino County Board of Supervisors District 2 seat. In the City of Sedona mayoral race, Scott Jablow and Samaire Armstrong earned places on the ballot.

For CD2, Republican Eli Crane advanced to face Democrat Tom O'Halleran, who was unopposed in the primary, fending off Walt Blackman, Williams Mayor John Moore and four other candidates.

In LD7, Wendy Rogers outlasted the primary challenge from Kelly Townsend to earn the right to face Democrat Kyle Nitschke -- who was unopposed in the primary.

Some other unofficial results from other northern Arizona races, all with 100% of precincts reporting:

Information about elections in Coconino County is available at coconino.az.gov/195/Elections.

Sean Golightly can be reached at sgolightly@azdailysun.com.

Candidate question #3: What lessons should Flagstaff take away from the pandemic?

Flagstaff mayoral and city council candidates have been given the chance to answer a weekly question in no more than 150 words. This week's qu…

Candidate question #2: What should northern Arizona do to prepare for future wildfires and flooding?

Flagstaff mayoral and city council candidates have been given the chance to answer a weekly question in no more than 150 words. This week's qu…

Meet the 3 candidates vying for mayor of Flagstaff

As the saying goes, if you want to understand politics, follow the money. With the August 2 primary election for the next mayor of Flagstaff j…

Candidate question #1: What's the most important reason you're running for office?

Flagstaff mayoral candidates have been given the chance to answer a weekly question in no more than 150 words. After the primary, we'll also b…

Arizona Primary Elections are set for Tuesday, August 2. For those intending to vote in person, polling locations will be open from 6 a.m. to … 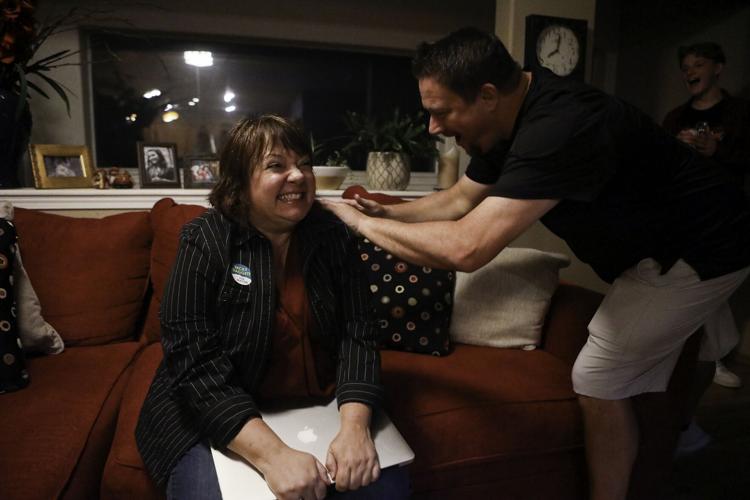 Austin Aslan, a member of city council, congratulates mayor candidate Becky Daggett as she takes a strong lead in the Flagstaff primary election Tuesday evening. Daggett came in with a strong lead against Paul Deasy and Daniel Williamson, ensuring that she will move on to the general election. 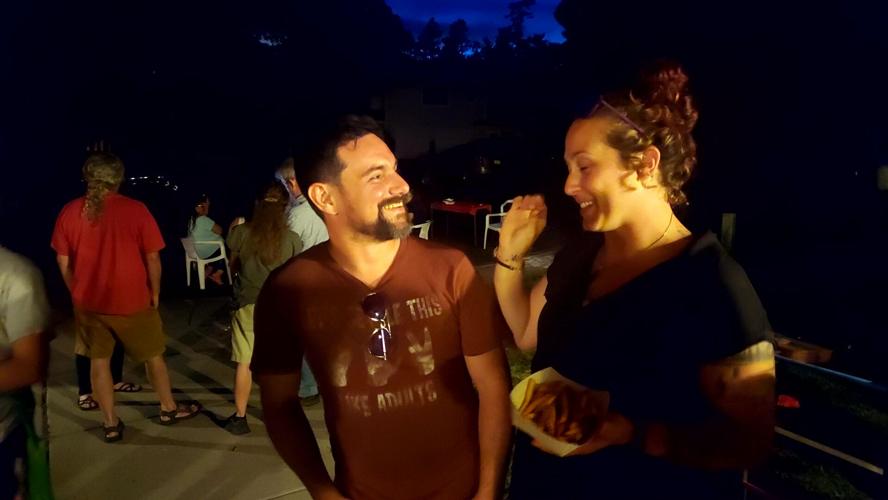 Flagstaff Mayor Paul Deasy and wife Amethyst Deasy enjoyed a block party of friends and neighbors while the results of the Coconino County primary elections trickled in Tuesday. Deasy, the incumbent, will advance to the general election ballot alongside Becky Daggett. 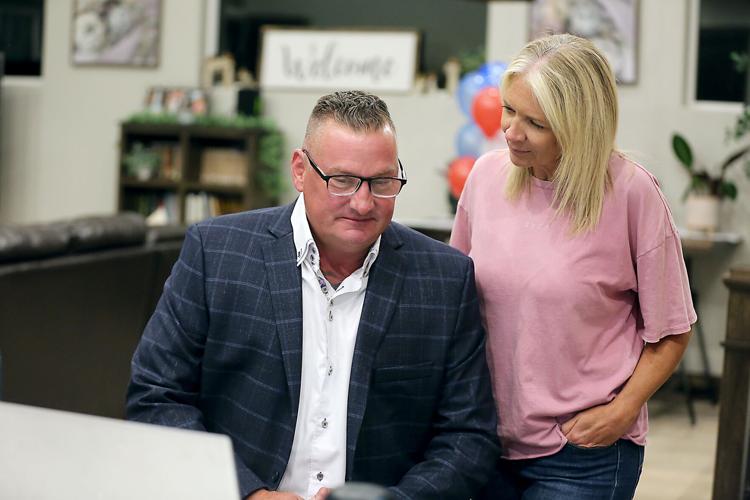 Daniel Williamson sits with his wife, Allison, as they watch initial results come in for his campaign to be mayor of Flagstaff Tuesday night during the primary election.